Children in Timor-Leste & PNG among the world’s most stunted

WaterAid’s ‘Caught Short’ report reveals how a lack of toilets and clean water are major contributors to malnutrition.

Australia’s close neighbour Timor-Leste, one of the world’s newest countries, has been named as having the greatest percentage of children in the world who are stunted. The new report 'Caught Short', from international development charity WaterAid, reveals 58 percent of children under-five in Timor-Leste suffer from stunting, which affects a child’s physical development as well as their cognitive and emotional development.

Papua New Guinea ranks 4th on the list with half of children stunted. India, the world’s second-most populous nation with a well-known sanitation crisis, tops the list for having the greatest number of children in the world that are stunted - 48 million. (Please see report for full list.)

Stunting is a consequence of malnutrition in the first two years of a child’s life and is largely irreversible after that age. The report highlights that malnutrition is not just caused by a lack of food - the lack of access to a safe, private toilet, clean water and good hygiene practices plays a major role too.

Some 315,000 children under five die each year of diarrhoeal diseases related to the lack of these basic rights. And 50% of malnutrition cases are linked to infections, including chronic diarrhoea, caused by lack of clean water, good sanitation and good hygiene including handwashing with soap.

“Even if children have plenty of good food they can still suffer from malnutrition. An estimated 59 percent of the population in Timor-Leste does not have access to a clean, private toilet, meaning many have no choice but to go in the open, which spreads deadly diseases and makes children more susceptible to diarrhoea and other infections. So it is no surprise that so many children in Timor-Leste suffer from stunted growth,” said WaterAid Australia Chief Executive Paul Nichols. 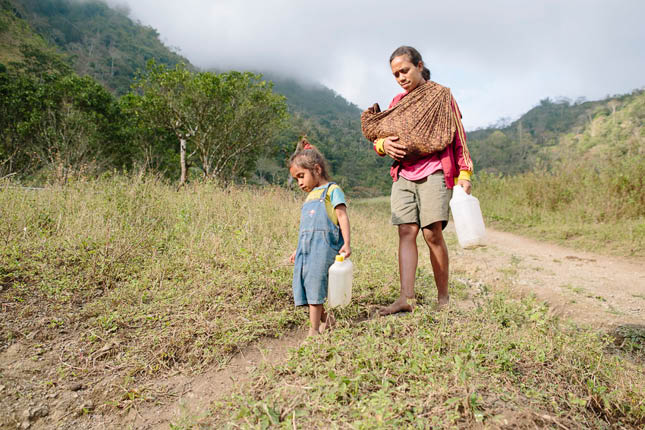 “It is unacceptable that one child in every four around the world suffers from stunting. This not only makes children shorter for their age, but affects their emotional, social and cognitive development, meaning their life chances are forever changed. Yet good food alone, the focus of most malnutrition programmes, will not address this crisis. We need to ensure governments make safe water, decent toilets and clean hands a priority in efforts to end malnutrition.”

Other key figures highlighted in the report include:

The Nutrition for Growth summit on 4 August in Rio, just ahead of the Rio Olympics’ opening ceremony, will bring together world leaders and Olympians to highlight the importance of addressing malnutrition. These Olympians have reached their potential, but millions of children in the world will not, for the simple lack of good nutrition, clean water, decent toilets and a bar of soap.

Last September world leaders made commitments in the UN Global Goals to end hunger and malnutrition, and to reach everyone everywhere with clean water and sanitation, all by 2030.

As we approach the first anniversary of the signing of the Global Goals, WaterAid is calling on governments and donors to make ambitious investments in water, sanitation and hygiene for all, to help end malnutrition and improve the lives of millions of the world’s most vulnerable children. 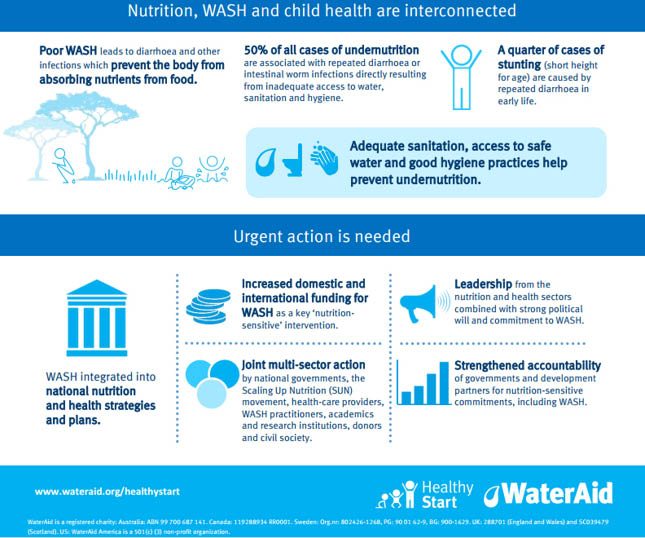 How people can help:
Support WaterAid’s current appeal to help tackle stunting in the region: http://www.wateraid.org/au/get-involved/tax-appeal-2016

About WaterAid:
WaterAid’s vision is of a world where everyone, everywhere has safe water, sanitation and hygiene. The international organisation works in countries across Africa, Asia, Central America and the Pacific region to transform lives by improving access to safe water, sanitation and hygiene in some of the world’s poorest communities. Since 1981, WaterAid has reached 23 million people with safe water and, since 2004, 21 million people with sanitation.