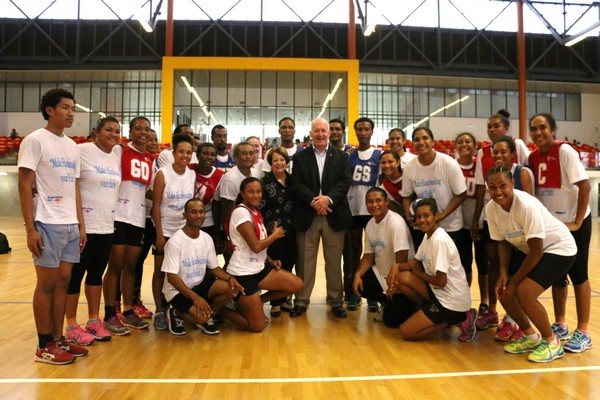 Sir Cosgrove was joined by PNG Sports Minister, Hon Justin Tkatchenko, at the Rita Flynn Netball courts to witness the match which was hosted by the PNG Netball Federation in partnership with WaterAid PNG.

With the theme ‘Make handwashing your habit’ Sir Cosgrove applauded WaterAid PNG for the work that they are doing in the country to make sure people have access to clean drinking water and improved sanitation.

“Water is essential to all humans and we are pleased that WaterAid PNG and Netball PNG have done a remarkable job in uniting young girls and women to participate through netball and promote healthy lifestyle.” 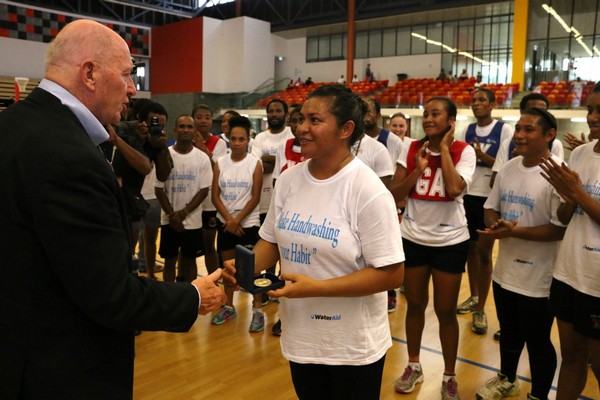 The Governor General was also happy to see young men taking part in netball and encouraged the two teams to train harder and be good sports men and women and represent PNG at the national level.

“You must continue representation at the national level and good luck for today’s match but most importantly you must stay fit and we will see you on the Gold Coast.”

The two teams showed exactly why they are elite netballers in PNG with crisp passing, attacking and scoring goals.

However, the PNG Pepes got the upper hand beating the PNG Maleos Mixed team 17 points to 12. 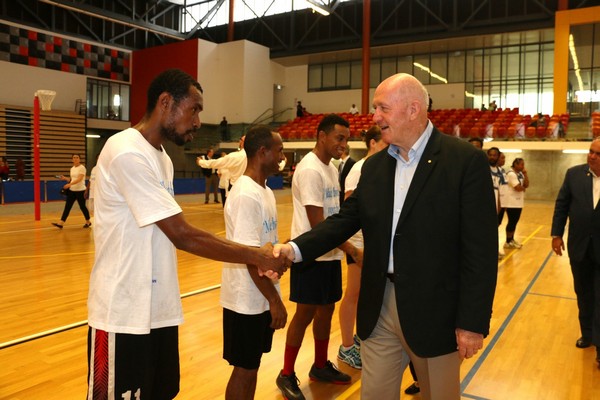 The exhibition match was part of a WaterAid and Netball PNG partnership designed to improve grassroots sports participation, hygiene behaviours, access to safe water and sanitation and the participation and leadership of women and girls.

Sir Peter Cosgrove toured the Rita Flynn sports complex and had a chat with WaterAid staff to hear more on how the sport of netball is helping to improve water, sanitation and hygiene for rural communities through the netball membership programs.