As part of a joint collaboration with WaterAid to mark World Water Day, 22 March, Dusan captured the heartwarming images of Cambodians inside tiny water droplets to show the impressive strides the country has made in bringing clean water to its population. The secret technique captures the moment rather than relying on any post-production editing. 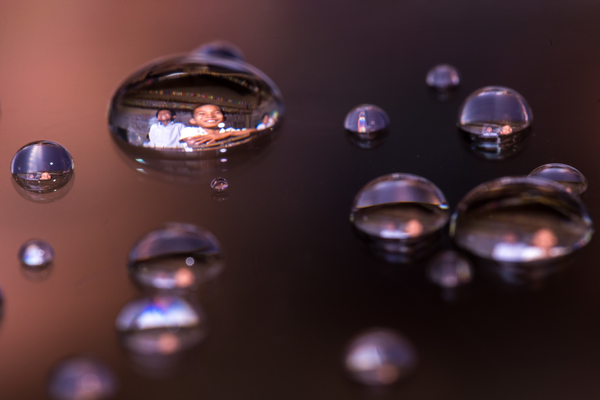 Despite its tumultuous past, since 2000 Cambodia has made the most progress globally in reaching people with clean water. Dusan said he wanted to celebrate that progress in this unique water droplet photo series.

“It’s the first time I’ve ever used this technique with people as the subject, as normally I take pictures of iconic landmarks or buildings through water droplets. I hope I’m the first person in the world to capture people using this method,” Dusan explained.

The 37-year-old from Belgrade, travelled across Cambodia documenting the positive impact that clean water has had on families, schools, hospitals and businesses. His water droplet series reflect a farmer who’s been able to grow and sell more crops, children who’re now able to go to school after the introduction of clean water and hygiene training and doctors who’re now able to carry out their jobs safely.

“When you come to a country like Cambodia you see a lot of poverty, but I’ve also seen a lot of amazing people with hope because they now have access to clean water. For me that’s what great photography is about, it has to have a lot of depth in it; it has to have some kind of background story. I like to call this type of photography “droplet microcosms”; because it seems that in a tiny droplet you’re reflecting a much bigger story,” said Dusan. 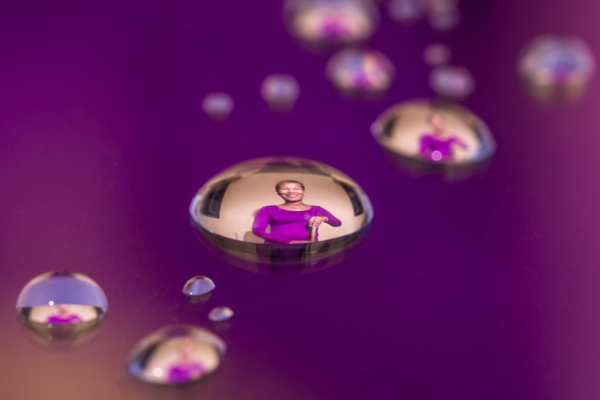 Rosie Wheen, WaterAid Australia Chief Executive, said:
“This World Water Day WaterAid wants to celebrate the progress countries like Cambodia have made, but also reflect on the daily struggle to access clean water for the world’s poorest people. 663 million people still don’t have access to clean water and one child dies every two minutes from diarrhoeal diseases caused by dirty water and poor sanitation. Clean water is not a privilege – it is a basic human right. That’s why we’re calling on governments across the world to deliver on their promises to meet the UN sustainable development goal of reaching everyone, everywhere with clean water and sanitation by 2030.” 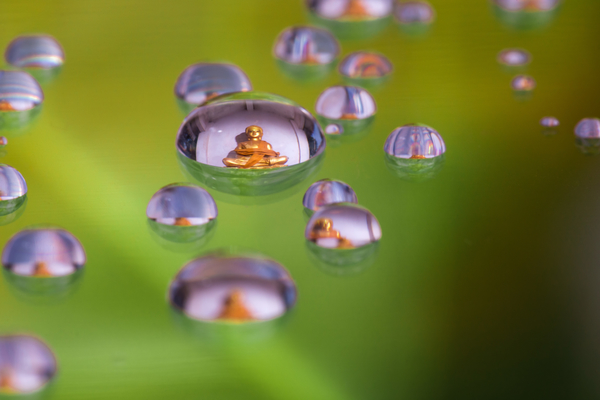 More about the photographer:

• Dusan Stojancevic was born in Belgrade Serbia
• He began his water droplet project in the early 2000s before the age of Instagram, Facebook and smartphones. His technique involves capturing images inside real water droplets
without the need for photoshop
• His water droplet work was inspired by photographers who use a similar techniques to take photographs of flowers
• His previous water droplet art, which can be viewed here, includes photos of iconic landmarks and buildings such as New York’s Brooklyn Bridge, Barcelona’s Sagrada Familia and most recently Cambodia’s famous Angkor Wat temples
• His recent visit to Cambodia with WaterAid was the first time he’s visited a developing country and captured people inside the droplets