With a population of over 1.3 billion people, India faces enormous challenges in delivering and maintaining sanitation services for its people. In recent years, sanitation has been a key focus for the government with figures showing 45.9%34 of the population now have use of a hygienic toilet, that is not shared and safely disposes of waste. The COVID-19 pandemic has both raised the profile of India’s estimated five million sanitation workers.35 and highlighted their acute vulnerabilities. In January 2021, sanitation worker Manish Kumar became the first person to get vaccinated against COVID-19 in India36 – a move signposting the importance of the workforce in the fight against the virus, but elsewhere consideration for the health, safety and wellbeing of the workforce has been lacking. 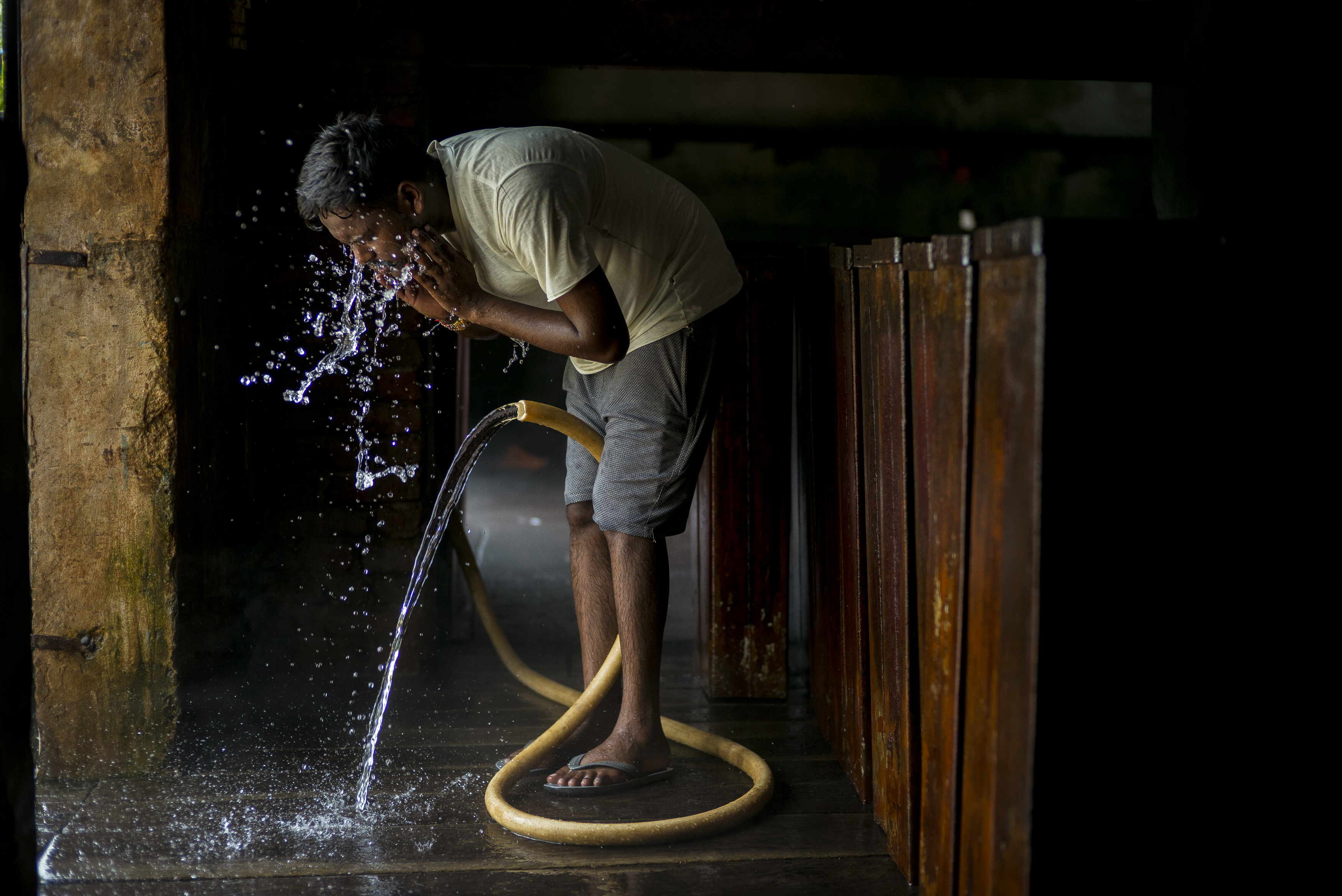 Vishal Jeenwal (26), a street sweeper, cleans himself with a water hose after working as cleaner at a factory in Geetanjali colony. Loni, Ghaziabad, India. 28 August 2021.
WaterAid/ Anindito Mukherjee

Vishal Jeenwal works as a sweeper in the local market, clearing human waste, rubbish and animal matter from the drains and the streets. His family has been involved in manual scavenging for generations and despite graduating with a degree in social sciences from Delhi University in 2018, as a member of the Dalit caste, he’s been unable to secure alternative employment because of societal and structural stigma. The pandemic has been very hard for him because the market closed during both lockdowns, and he was left jobless. He received Rs 1000 (about £10) from the Indian Prime Minister’s fund but has been surviving mostly on a small pot of savings. Vishal has tried to use his degree to find office work, but as soon as his employers discover his caste, his job quickly becomes untenable.

They would taunt me for not knowing how and when to serve water and tea,” says Vishal, who struggled for months in one role; “they said that someone like me could never succeed in any other job [other than sanitation work]. I tried several other jobs after that, but nothing clicked. Finally, out of desperation I went back to doing what I’d seen my family do all their lives – cleaning.

Despite this, Vishal hasn’t given up. He currently works three days a week while he studies for his civil service entrance exams. “Sometimes I lie awake at night worrying about my future,” he says. “Will I sweep the road for t he rest of my life if I don’t get a government job? It’s a scary thought.” He plans to set up a support network to help members of his community. “It frustrates me when the government announces that they have eradicated manual scavenging,” Vishal says. “Some, like my mother, have stopped – but as the Government hasn’t developed the infrastructure to retrain...or earmarked alternative livelihoods for us, many continue to do this degrading work.”