Mekong life through the lens of a local

When you see photos taken by charitable organisations like WaterAid, do you ever wonder who is behind the camera?

This year, Remissa worked with us again to help youth living in his country's most rural and marginalised communities tell their stories through the camera lens.

As part of our "Water is Life - Leaving No One Behind" participatory photo project, WaterAid Cambodia paired up 11 young Khmer people who live along the Mekong River with Remissa. He worked with each of them, helping them document the realities of daily life in Cambodia.

The aim of the exhibition was to empower youth to tell their own stories and to shine a light on issues facing some of the hardest to reach communities in Cambodia. The Royal Government of Cambodia and partners are striving to serve every Cambodian with drinking water and sanitation by 2025 in line with Sustainable Developemt Goal 6.

Scroll down to learn more about the photographers and to see their amazing photos.

"This river provides many benefits such as water for agricultural crops, transportation, and fishing to name a few. However, the concern is that the river is being polluted by people who live along it’s banks. They pollute with garbage/rubbish, dirty water from individual households, markets, and factories every day which can cause diarrheal diseases."

"I hope that the people living along Prek Thnort River... join together to care more about the river environment for the future." 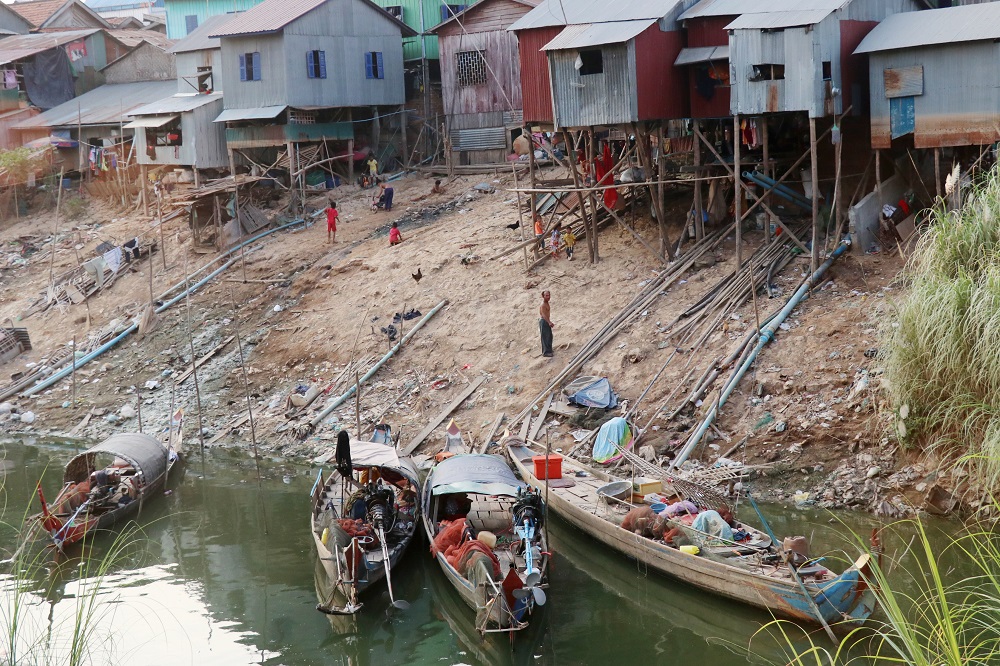 "There are many families in my village. They are growing vegetables around their houses using rain water collected in a reservoir, jar or pond. During dry season, the ground dries up, and people fight for water. Due to the lack of water during this time, their farming practices are very challenging.
Water is necessary for farmers in my village. Without water, it severely affects the economy in the whole community."

"My dream is that I want to see the people in my community have enough water for their agricultural crops." 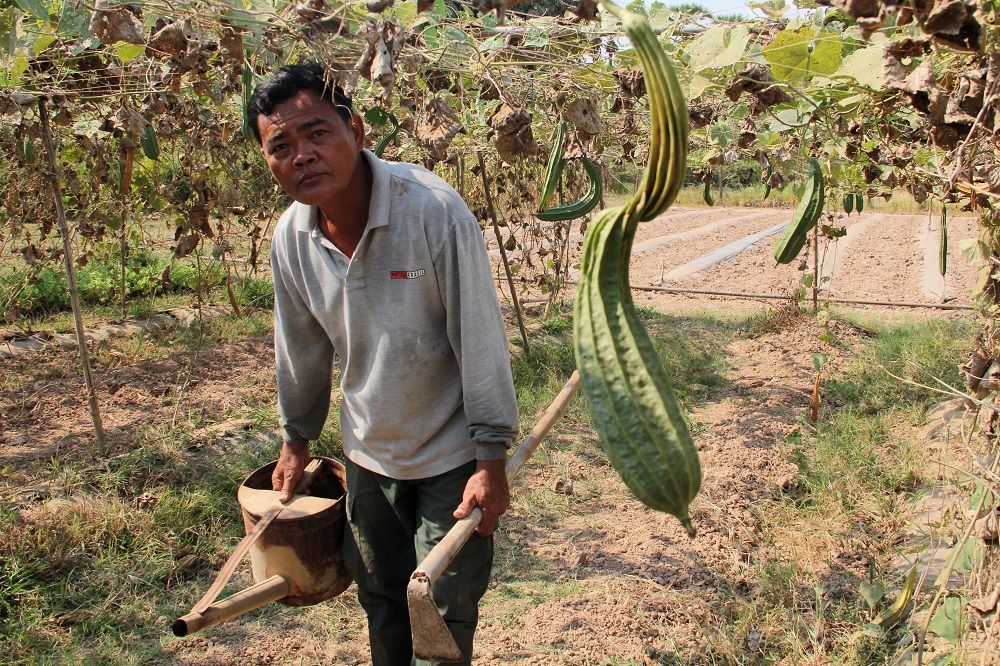 "The Mekong River is the most important water source for the people living along it. Based on the practices of my ancestors, villagers would fetch water from the river and then drink it without boiling it to kill any pathogens in advance."

"Currently the villagers have changed their behaviors after understanding the health effects that are caused by unsanitary drinking water. They now practice boiling water before dinking as well as using water filters."

"I want to see everyone in my community using safe water. My wish is that all communities use safe water and everyone has good hygiene." 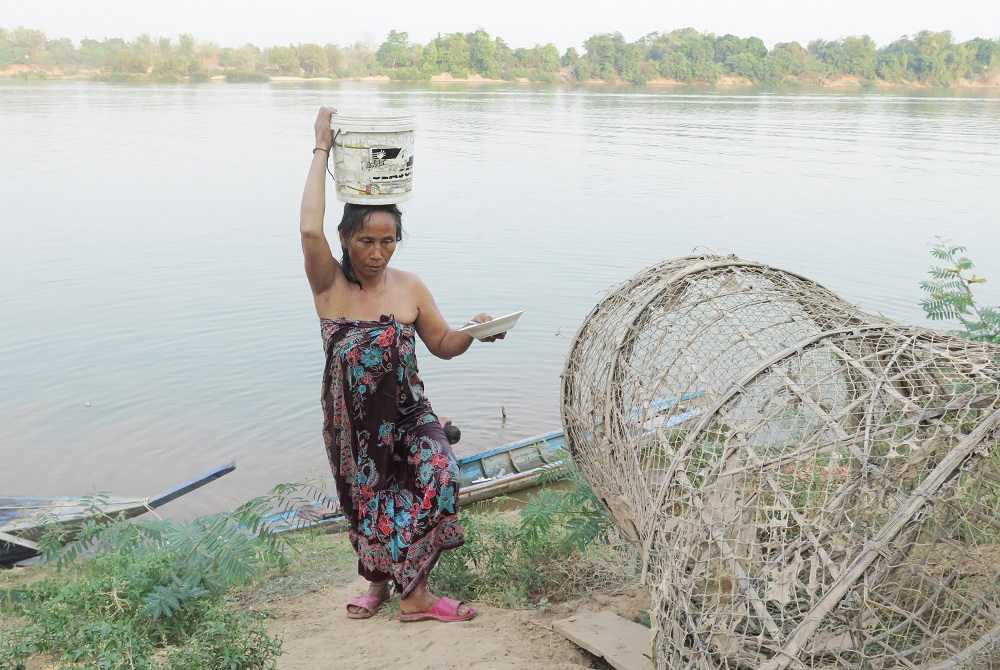 "Previously, they faced many difficulties they didn’t have clean or sanitary water to use in the community. There was a lack of clean drinking water."

"Currently, there are non-governmental organizations which have collaborated to create a clean water station in my village to serve communities to have better hygiene and clean drinking water. They are running a project named “School Water Program” which provides clean drinking water free of charge to students at the school, as well as a number of other public institutions such as the health center, commune hall, and police station." 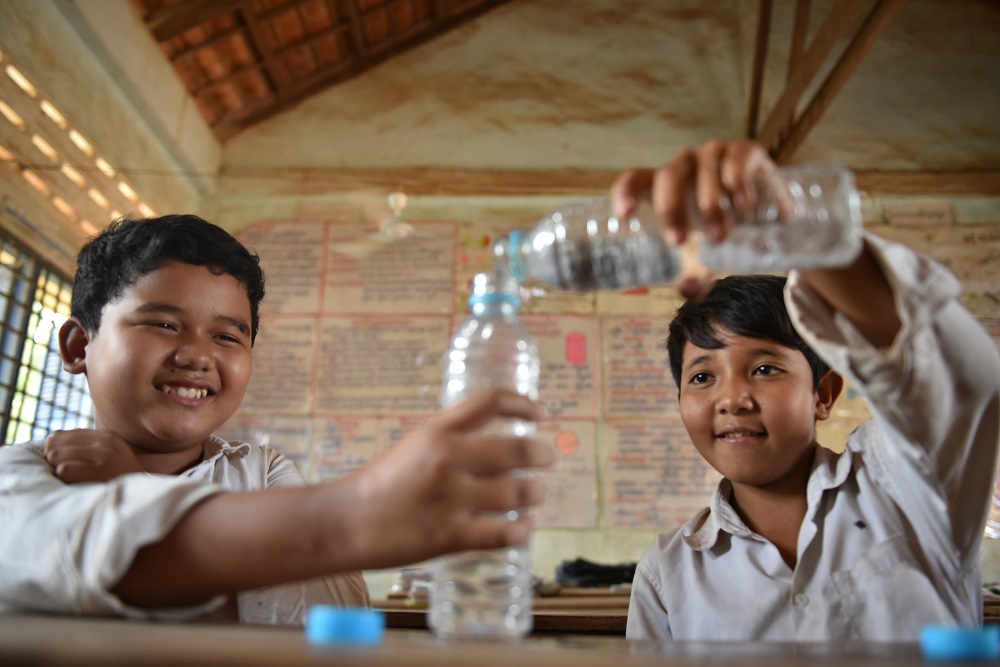 "Due to the increasing number of tourists from day to day, the beauty of the waterway is now polluted and the water is unable to be used as it was twenty years ago. People living in this area use this water for daily tasks such as cooking, drinking, washing clothes, bathing, and catching fish and freshwater shrimps."

"Currently, the villagers cannot use the waster as before because the water is full of trash due to the waste of tourists, such as plastic bags, bottles, cans, and foam that float on the surface of the water." 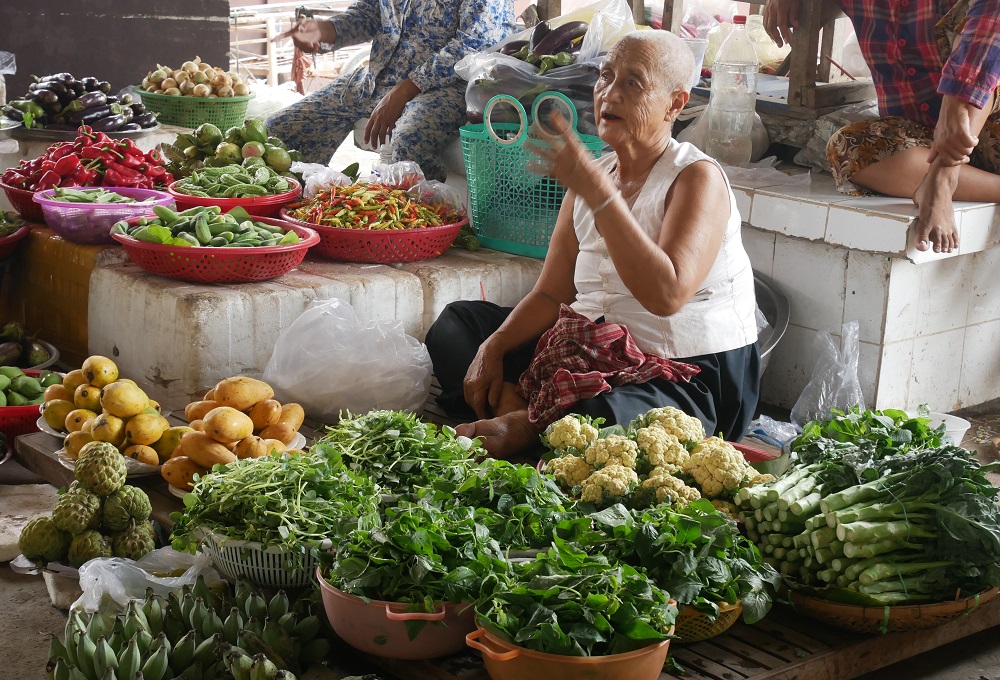 "Currently, people living in (my) village are facing a shortage of water for daily tasks. They take water from wells for drinking, bathing, washing and watering crops. There are many wells in the village, but these wells only have water during rainy season. There is only one well that has water available during both rainy and dry seasons, but it is located far from homes.

"I would like to suggest to local authorities and relevant institutions to help find solutions. These solutions could include digging additional ponds or connecting home water systems in order to provide enough water to the people in the village without paying money to buy water transported by tractor trailers. This will ultimately contribute to a reduction in poverty in the community." 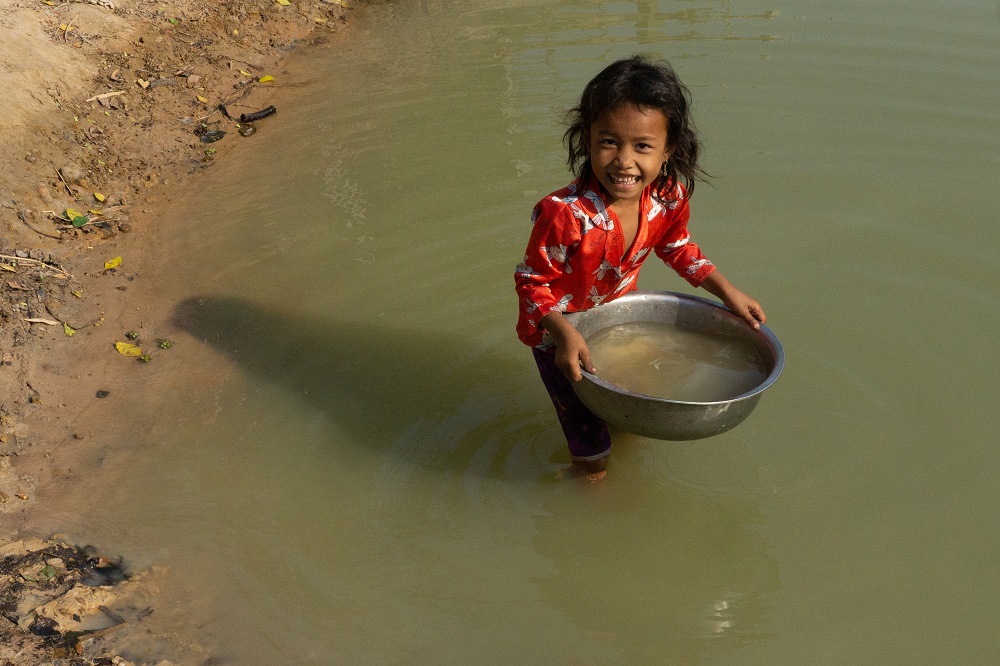 "The majority of people living in this village earn their income by making Kaoms, clay pots, and other souvenirs such as elephants, rabbits, pigs and cows.Villagers have to dig soil from Kraing Dei Meas to make Kaoms and clay pots."

"Soil is the main component, but what is more important is the water. This is because water is an essential element to make a mixture of soil for the production of such things. Without water, the production cannot be processed. Usually villagers use water from the wells in the village, but it is very challenging for them during dry season because most of the wells dry up. Therefore, villagers have to transport water by themselves from a dam that is about 2 kilometers from their residence in order to have enough for their pottery craft and daily consumption." 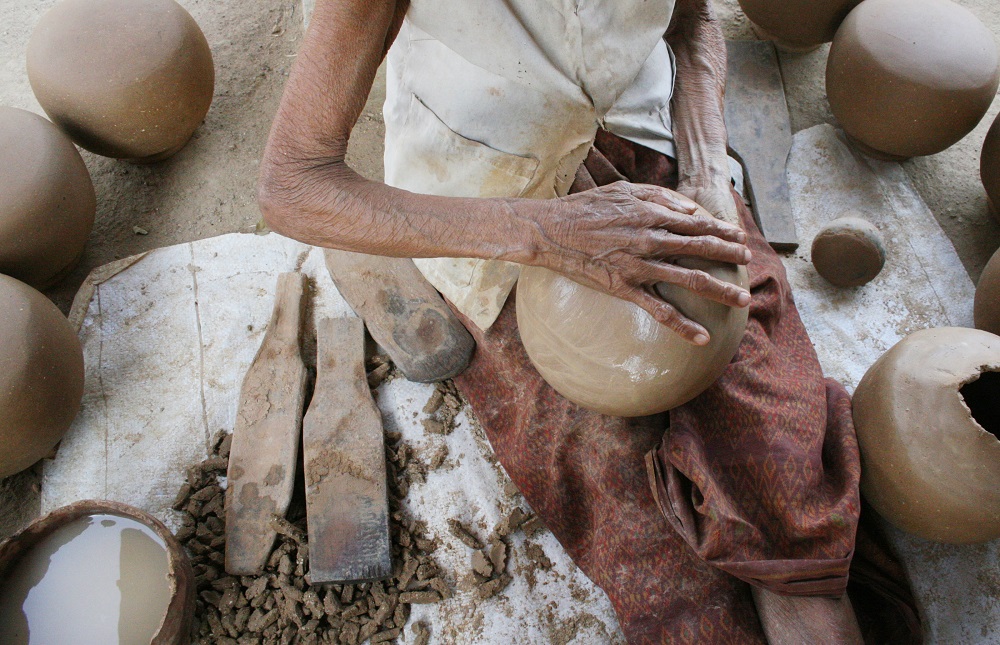 "Drinking boiled water is very important for health and hygiene in my family... The process takes a long time to have one kettle of water because they have to find wood to make a fire first. Next, they pour the water into the kettle to put on the fire, and they need to have one person sitting there to watch the fire as they are afraid that the fire will go out. But on the contrary, if we burn too much, the water will smell like smoke, and when this happens, drinking the water can cause a stomachache. Therefore, they have to watch the fire until it is boiled. Then, they pour the water into another kettle." 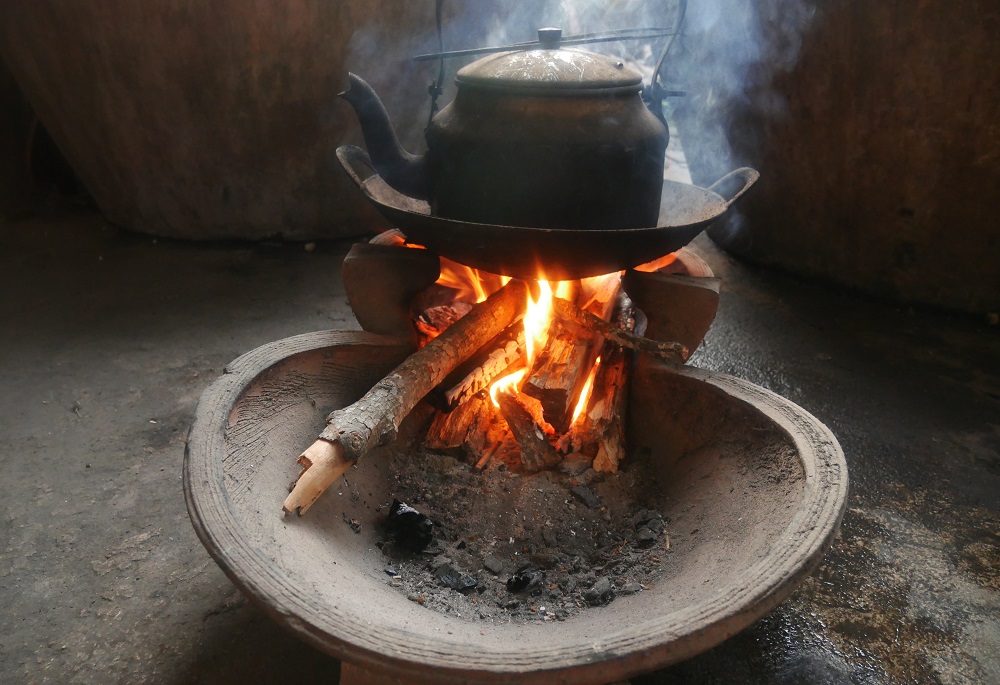 "I like taking landscape pictures of natural resorts that are related to the environment and waste disposal of the people in the tourist sites."

"Nowadays, some of Cambodian people have not yet learned to use a rubbish bin to store rubbish. But the majority of tourist sites on the banks of the river have rubbish bins with clear signs/labels for indicating to people that they need to clean and store rubbish properly. This is a part of attracting local and international tourists to visit Cambodia with their families or friends who want to go swimming." 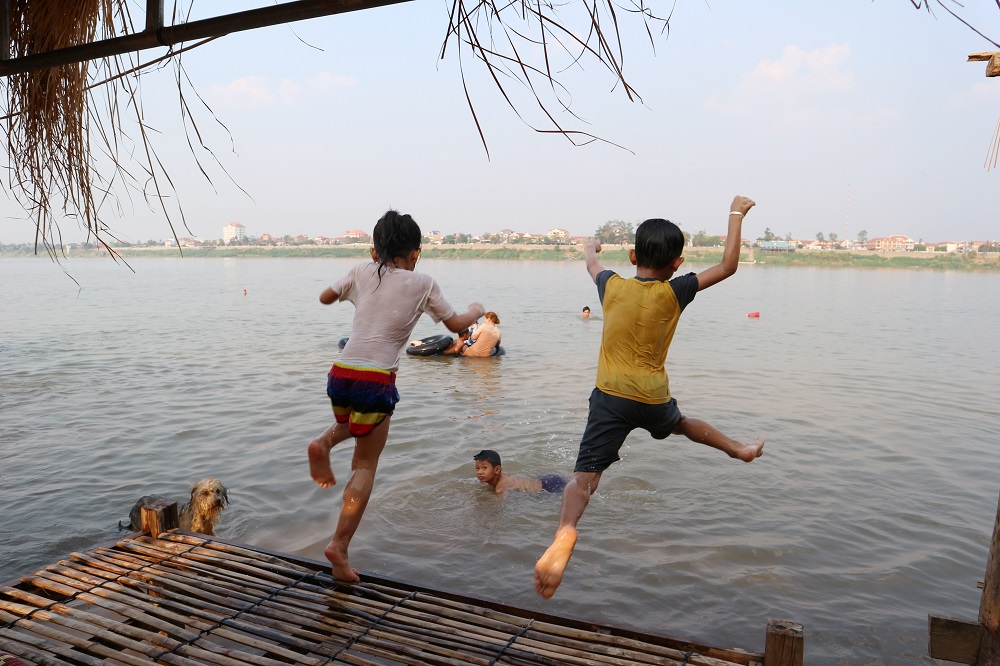 "Every year in March, many families living in this commune face a shortage of water for rice growing during dry season because water in the lake dries up. This results in their rice drying up and it is killed gradually because there is no irrigation system for many hectares of rice paddies."

"Some years ago, the people and authorities restored the main canal and put a big pump in order to save the people’s rice. But there was no water to pump because the big lake was drying up to the bottom. Under hot weather, small and large fish died on the surface of the lake due to lack of water. Farmers’ farmland crumbled apart. Small and big trees including grasses were completely dead, leading to wildfires. As a consequence, straw grasses usually given to the cattle for food located in rice paddies and in the forest were all on fire." 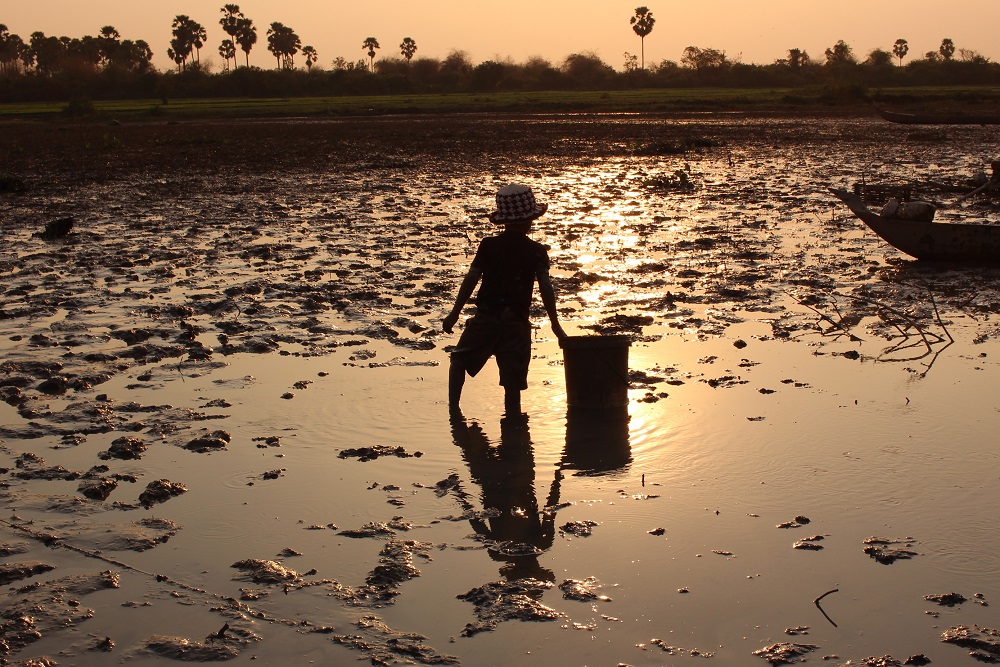 "In the forest near my village, there are rare animals such as the Great Adjutant, Giant Ibis, Sarus Crane, Platalea minor, Hawk, Muntjac Deer, Reindeer, Rabbit, Olinguito, Wild pig, turtles, and snakes among other animals that live in the forest. I like taking pictures of the animals and I am happy with my work."

"Several years ago, the weather dramatically changed. There was no rain in October, which caused all of the water in the waterway, pond, and lake to dry up. The land was cracked. There was no water anymore for animals to drink or to find food. Dry season had caused all of the nature to die and also caused frequent wild fires. As a result, the endangered species’ shelters were all destroyed and they almost became extinct. Food was no longer available for them including fish, frogs, snails, and crabs because there was no water for them to survive." 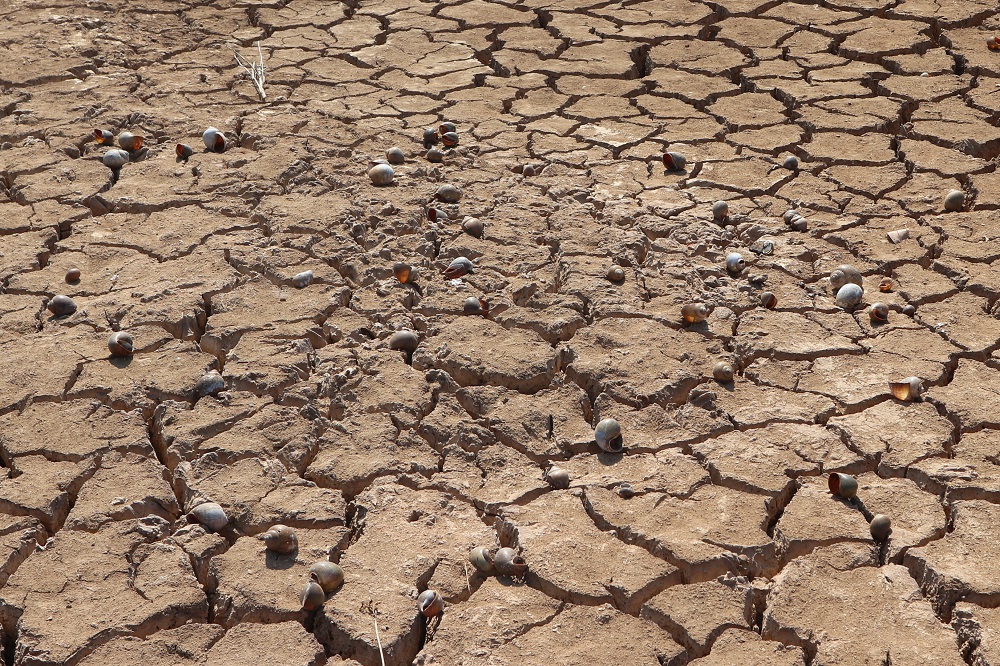