One photo that sparked joy

Long before the Marie Kondo craze took over the country, I have been busy sorting through my belongings. In fact, it was one of my resolutions for 2018 (I realise it is now 2019, I am nearly there!)

One of the final steps of this summer clean out was to sort through a massive box of loose photos. The box contained random photos from high school, embarrassing childhood snaps, lovely family portraits and some memories from the time I spent living in Indonesia.

I lived in Indonesia for six years, two of them as a volunteer in a very remote part of the world. I lived in a village not unlike those I often describe when I explain where WaterAid works – it was remote, rural, poor and had limited services. In my village we had basic pit toilets but no water nearby and no electricity. And there were certainly no phones (and I am talking landlines here - this was over 20 years ago). As a 24-year old, I had to take a 2 hour bus trip to town if I wanted to phone home.

I was incredibly privileged to be warmly embraced into that Indonesian community. So much so that when my neighbour Erni went into labour I was invited along with all the other women nearby.

What else does one do when invited to a labour – you go, right?

I walked through the men that had gathered outside to keep her husband, Okto, company. They were playing guitar and singing but I could still hear Erni’s shouts over their music.

So Erni was already in the later stages of labour. As I ducked my head to get into the small room in the centre of her home, my eyes adjusted to the dim light from the kerosene lamp.

Erni was in the centre of the room squatting on a hand-woven mat made from local pandanus leaves. The mat protected Erni from the packed earth floor of her hut. Hanging from the centre beam from the roof was a rope. A short time later Erni was hanging onto that rope as she gave birth to a healthy little baby who was later named Leroy.

As I was sorting through my photos, I found this very special photo of Leroy shortly after he was born. As you can see, I got the chance to hold Leroy. 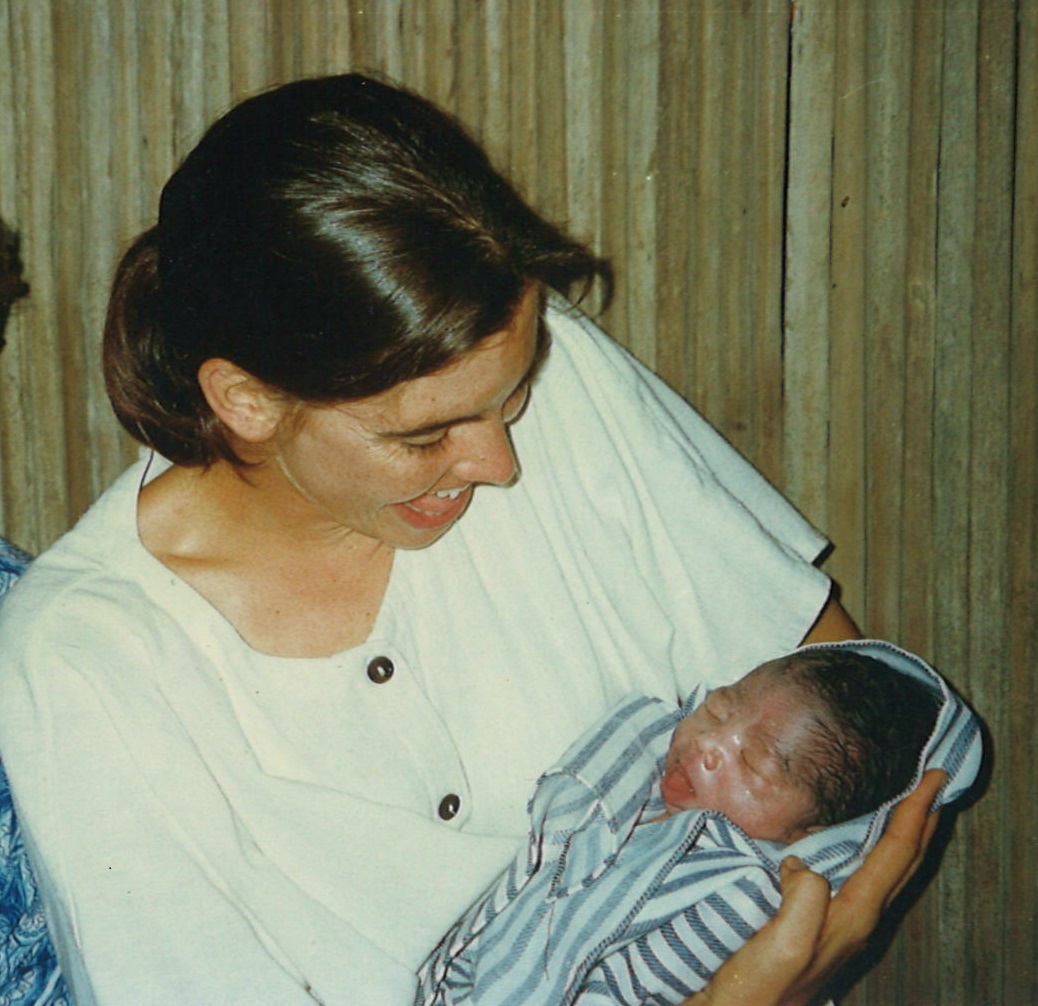 Since giving birth twice myself, I see how lucky Erni and Leroy were that this story had such a happy ending.

We now know from studies in Africa that women who give birth where there is no water and sanitation face three times the risk of dying.

A few years ago WHO and UNICEF published groundbreaking data looking at water, sanitation and hygiene in healthcare facilities. They found that that in developing countries, only two thirds of health care facilities at best have a water supply (that only had to be within 500 metres to count). They also lack basic toilets. Over one third don’t have handwashing facilities.

We know now that one of the leading causes of death in mothers and newborns is sepsis. We also know that this is almost entirely preventable and that providing the basics of water, sanitation and hygiene underpins preventing many of these deaths.

I ask you to continue your support of WaterAid so that we can work together to address this travesty. I know each and every one of you agree with me when I say that no woman should die in child birth.