Singing about toilets in the Solomons

Traditional singing and tribal dancing celebrations have held for a new and unusual reason in the Northern Malaita Province.

The Solomon Islands is world renowned for its melodic singing and unique tribal dancing styles. Traditionally these activities are reserved for special events and celebrations, however following recent achievements in Northern Malaita Province, communities are celebrating something new. Households in 11 separate villages have all constructed their own toilets and hand washing facilities, which is well and truly something to sing and dance about. 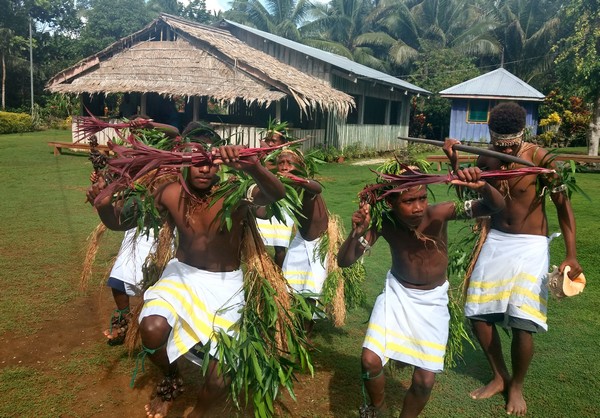 While toilets may not seem like something to celebrate, in rural areas across the Solomons where on average only one out of ten households have a toilet these achievements are a big deal. Before building toilets, 80% of people would open defecate, either in designated areas in the ‘bush’ or along the ‘seaside’. 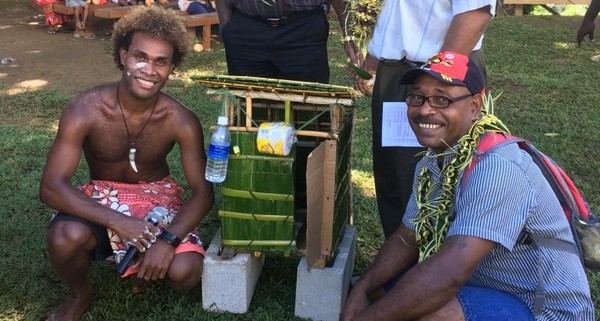 No Open Defecation or NOD celebrations have been held for the 11 villages over the last four months, with the whole village coming together to sing, dance and feast. In A’ama and Lathalu, the school was closed for the day for the children to perform traditional dances and sing alongside the men and women. Guests from Honiara attending the celebrations were greeted with warrior dances, flower garlands from the girls and women, pathways adorned with pandanus ribbons to beautifully embossed stages for the formal proceedings. Mr Lawrence Irobaea, Regional Health Centre Coordinator Northern Region reported that “I have been in this position in Malu’u Clinic for the last 17 years, since the beginning of this year the hospital beds are empty for the first time and I believe this is the outcome of achieving NOD in the area”. 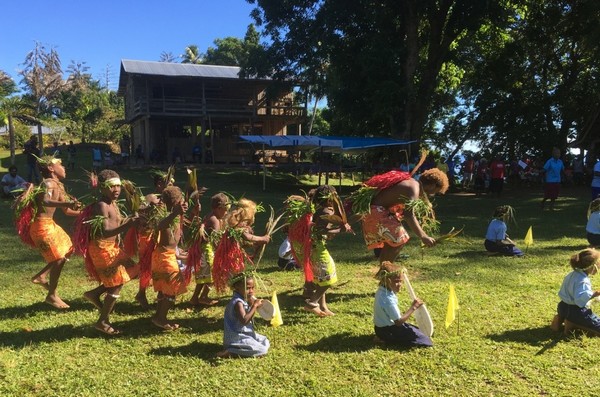 Youth representatives at the celebrations explained how excited they are “to be able to use the beautiful beaches for recreation and improve the environment”. The Principal Administration Officer for the Northern Region, Mr Davidson Rara has attended each of the celebrations to declare the villages NOD. He is very supportive of the program and has requested that the program be “extended to other villages in Northern Malaita, so everyone can benefit from using their own toilet”. 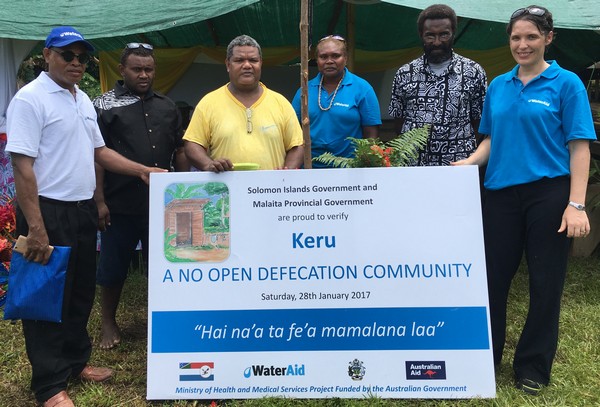 To hold a NOD celebration, the village must first be declared a No Open Defecation Community, after being assessed by the Solomon Islands Government, who only awards the title when all people in the village are using proper toilets that stop flies and there is a place to wash hands with water and soap. These 11 NOD villages were part of the Government’s Community-Led Total Sanitation (CLTS) program that has been implemented in partnership with WaterAid and funded by the Australian Government. The CLTS program involves training village facilitators to work in their own villages on sanitation practices, encouraging and supporting households to build their own toilet without providing subsidies.

This momentous achievement is even more significant as these 11 villages join only six other villages to be declared NOD across the Solomons. These latest villages have tripled the national total achieved through government and sector partners over the previous two to three years of using the Community Led Total Sanitation approach. The CLTS program will continue with more than 5,000 villages led by the Solomon Island Government’s Ministry of Health and Medical Services with the support of development partners. 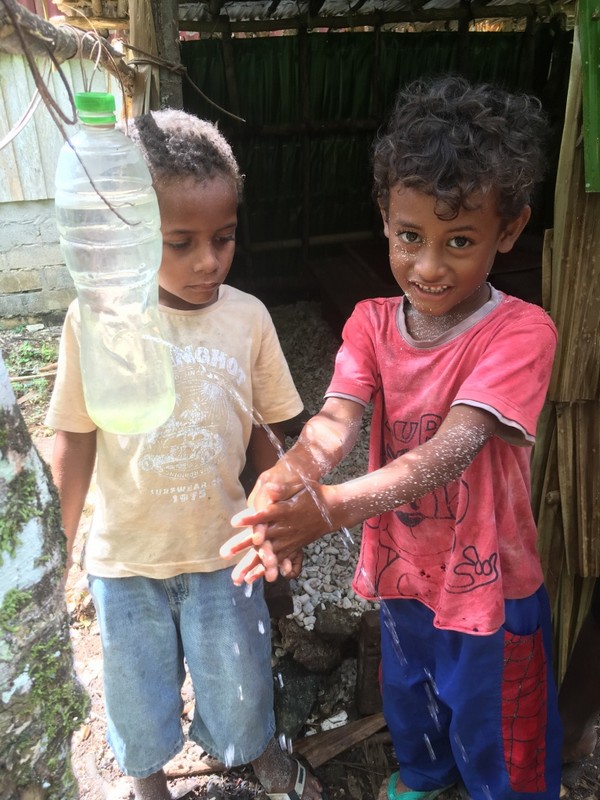