A Cabinet minister from Timor-Leste’s newly formed government and the President of National Parliament have reaffirmed the country’s commitment to improving access to clean water, decent toilets and good hygiene during a conference held in the Dili.

Minister of Public Works Salvador Pires said the eighth government of Timor-Leste is making clean drinking water and sanitation its top priority in budgetary planning. “(Our) short term plan is to continue to invest funds for infrastructure in order to give increased access to clean water, improved sanitation and good hygiene,” Minister Pires said.

Minister Pires’ comments came at the 2nd Water, Sanitation and Hygiene National Conference, where he was representing the Matan Ruak government, elected in May earlier this year. Over 300 people attended the conference, which was supported by WaterAid Timor-Leste, among other non-profit and government organisations.

While Timor-Leste’s water and sanitation situation is improving, 43 percent of the population still don’t have access to proper wastewater sanitation, while 26 percent don’t have access to clean water. These figures, taken from the 2015 Timor-Leste Population and Housing Census, are particularly critical given the country’s rapidly growing population, considered one of the highest in Southeast Asia.

Minister Pires noted that the government had a plan in place to improve the country’s water and toilet problems. “In a short period, the Ministry of Public Works will focus more on improving water supply and water distribution systems, create and establish operational standard procedures, legal documents, and a National Policy for Water Supply systems and Water Management Resources.”

The conference focused on Timor-Leste reaching universal access to water, sanitation, and hygiene by 2030 – its Sustainable Development Goals target. The discussions addressed many of the challenges currently holding Timor-Leste back, such as climate change, gender issues and public health.

Timor-Leste’s President of National Parliament Arão Noe closed the conference by acknowledging the importance of accessibility and equality in creating good water systems for the country, affirming the need for water systems to be “shared equally and be accessed by everyone”. 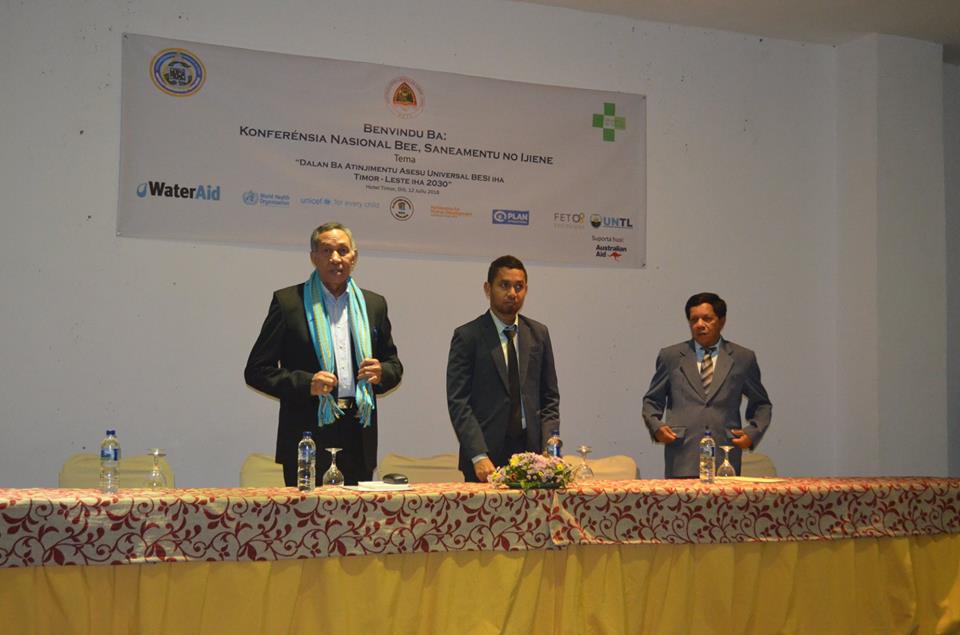