For anyone that does not know, the Masters Games is a bit like the Olympics for older athletes (with emphasis being on participation rather than star sporting ability). There are State Masters, Australian Masters and then there are the World Masters. Held every four years, the Auckland games had over 28,000 participants (7,000 of those from Australia) and 106 countries were represented. Football was the second biggest sport (there are 40 sports) at the games, with a lot of participation in women’s and men’s competitions from 35 to 60 + age groups.

The WaterAid Wanderers team was put together by South Australian WaterAid Committee Member Mitch Laginestra with the origin stemming from formation in 2015 and competing at the Australian Masters Games in Adelaide that year.

Competing in the over 50s competition, 2017 Wanderers players came from a number of areas – including previous Wanderers stalwarts and some players who Mitch had played with in Sydney and Torino World Masters Games (2009 and 2013 respectively).

At the start of the games, the opening ceremony was held in Eden Park – with a fantastic light and music show and welcome from the NZ prime minister and other dignitaries. 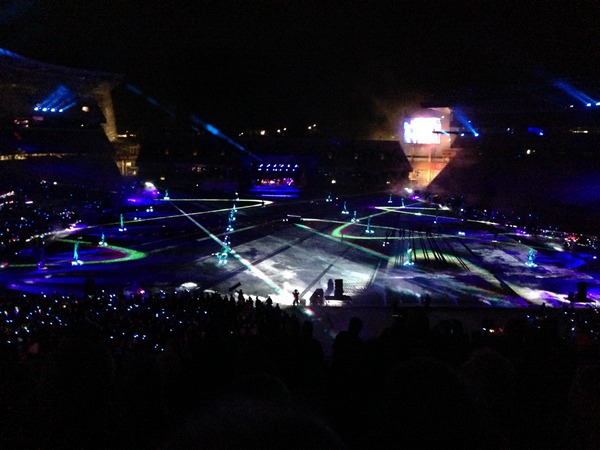 The football matches were played on synthetic grass, which had a liberal sprinkling of small rubber particles over the top, which reduced skidding, grass burns and bounce. Nice to play on.

In our age group (50+) were 16 teams, four pools of four teams (13 Australian teams, two NZ teams and one team from Brazil). We lost the first match 0-2 after some rather officious bureaucracy robbed us of the chance of a warm up and we never really recovered from being down 0-2 within the first ten minutes. In addition our goalkeeper Eddie Kenda broke his finger (although didn’t realise until after the second match and he could not play after that). Our second match was a significantly better performance where we drew 1-1 (star Brazilian import, Pedro de Lima, slotting in a great goal from within the penalty area after lead up work from Adelaide stalwart Eddie Moir and Mitch crossing the ball in). Unfortunately, the opponents scored late in the match against the run of play to finish at 1-1. Our third match was without our goalkeeper (enter Tony Fedele, who although injured, stepped into the breach) and against ultimate gold medallists Tassie Dad’s Army. A bruising encounter, they scored three unanswered goals but we acquitted ourselves well.

In the playoffs we won our first match (played at the very unrespectable hour of 8am, which meant that with Auckland traffic most players had to be up and about by 6am). Score was 1-0 with Keith Woolley putting in a fine goal from the edge of the penalty area. Unfortunately we lost the last match 1 -3 (Bruce Brodie heading in off a corner). We were bit hard done by, as the referee awarded a dubious penalty against us and they managed to put one off the post from a free kick.

In the latter stages of the competition strong match performances and hearty dinners together meant that there was an increasing team bond which helped us play some attractive football. By the end of the week (five matches in nine days was a gruelling schedule and fitting in training session together meant) we had a lot of exercise over the tournament, which took its toll and we had a few niggling injuries which restricted availability towards the end.

Apart from injuries – everyone had a great time (hey - no pain no gain). I don’t know if I could have played another one. But wow, what an experience and the memories still linger!!

As a team, we got on well and we raised some money – a little over $1,000 for WaterAid with players putting in to buy some equipment, best and fairest (B&F) prizes and everyone forking out $1 for every goal we scored and $2 for every goal we had scored against us! In addition, we had some opposing players making some donations. 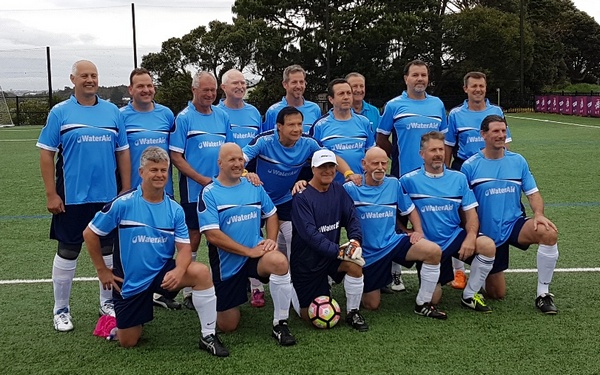 The next World Masters Games is in Kansai, Japan in 2021 (they are expecting 50,000 participants).  In the meantime there is the Australian Masters in October 2017, Pan Pacific Masters (Gold Coast), 2018, the European and Asian Masters in 2019!! The WaterAid Wanderers from Auckland are certainly putting the Japanese experience dates in the diary, we will see about the others. Watch this space.