The hidden stories of those being affected by climate change were brought to national attention this week as a 60-metre portrait of Ansha, from Ethiopia, appeared on Whitby Beach.

The portrait shows the school girl collecting water, as she does each day, from a river near her home in Frat. Without a safe and reliable source of water near her home, she and many others in her community – mostly women – face this journey many times a day.

Ansha is one of 785 million people – that’s one in 10 – around the world who do not have this basic human right of access to clean water available close to their home. And climate change is making things even harder for the world’s poorest people who already struggle to get clean water.

What has water got to do with climate change?

It’s a good question, and one you’ll be forgiven for not knowing the immediate answer to. When we think of climate change, images of burning forests, melting ice-caps and damaging pollution spring to mind. But there’s a lot more to it than that. Our weather is becoming more extreme and less predictable. More frequent and extreme flooding is polluting fragile water sources; longer droughts are drying up springs which people relied on for collecting water.

People need a reliable supply of water that keeps pumping throughout flood, drought and natural disaster. With clean water, people can stay disease free, go to school, earn a living and be better prepared for whatever the future brings. Which is why players of People’s Postcode Lottery are supporting WaterAid and 11 other charities in their climate change work in 2021: The Postcode Climate Challenge, a £24m initiative started because it’s clear more needs to be done urgently to support climate action. 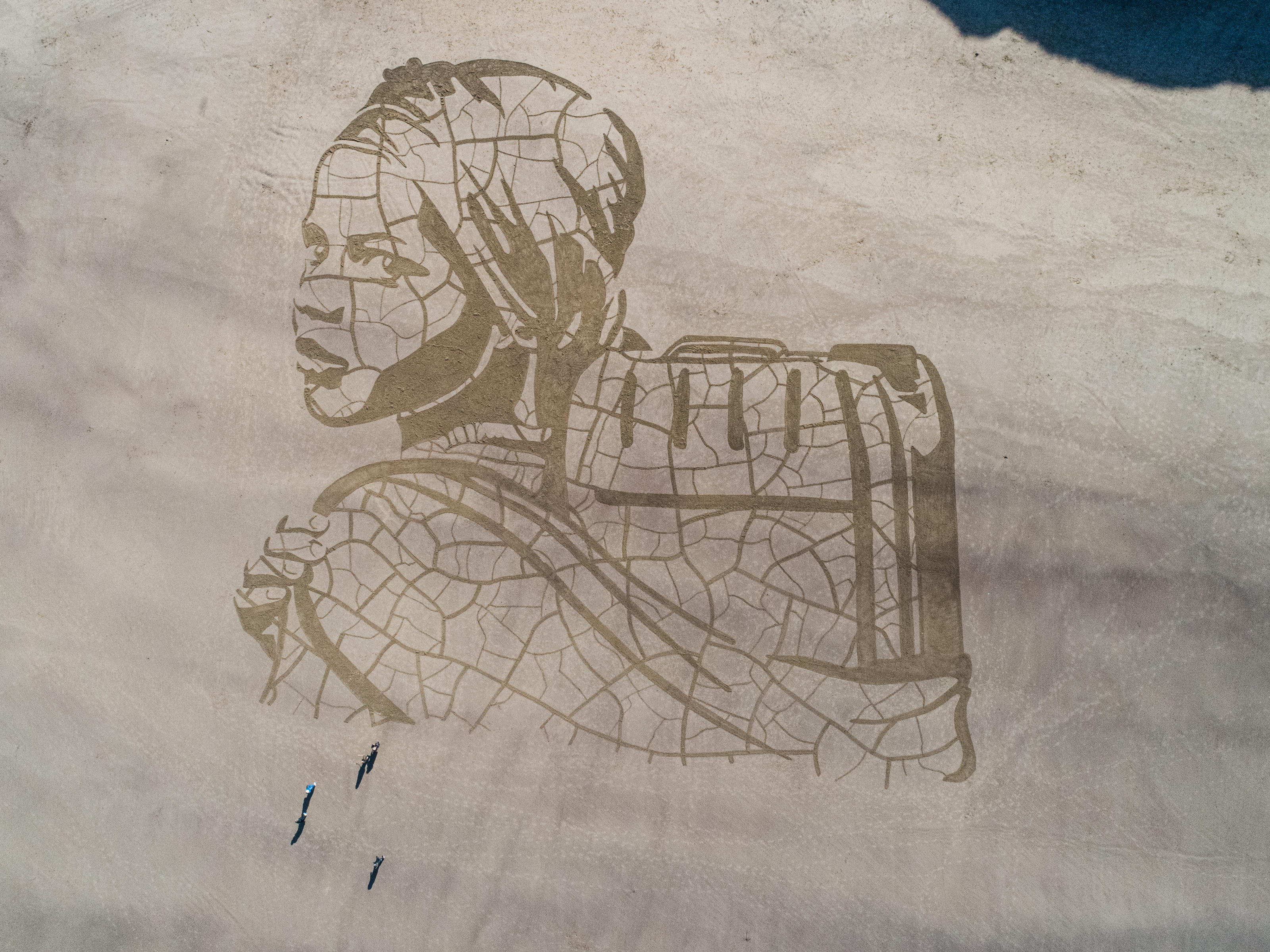 WaterAid created a giant sand portrait on Whitby Beach to show how climate change is impacting people’s access to water and could make water perilously scarce for 1 in 4 children by 2040. March 2021

By 2040, the United Nations estimates that the situation will get worse. Water will become perilously scarce for one in four children worldwide – that’s 600 million young people with futures on the line.

Reading her story during WaterAid’s winter appeal, I was moved to hear how this child – with dreams of becoming a doctor – and her mother, Hawa, face each day without this basic human right. 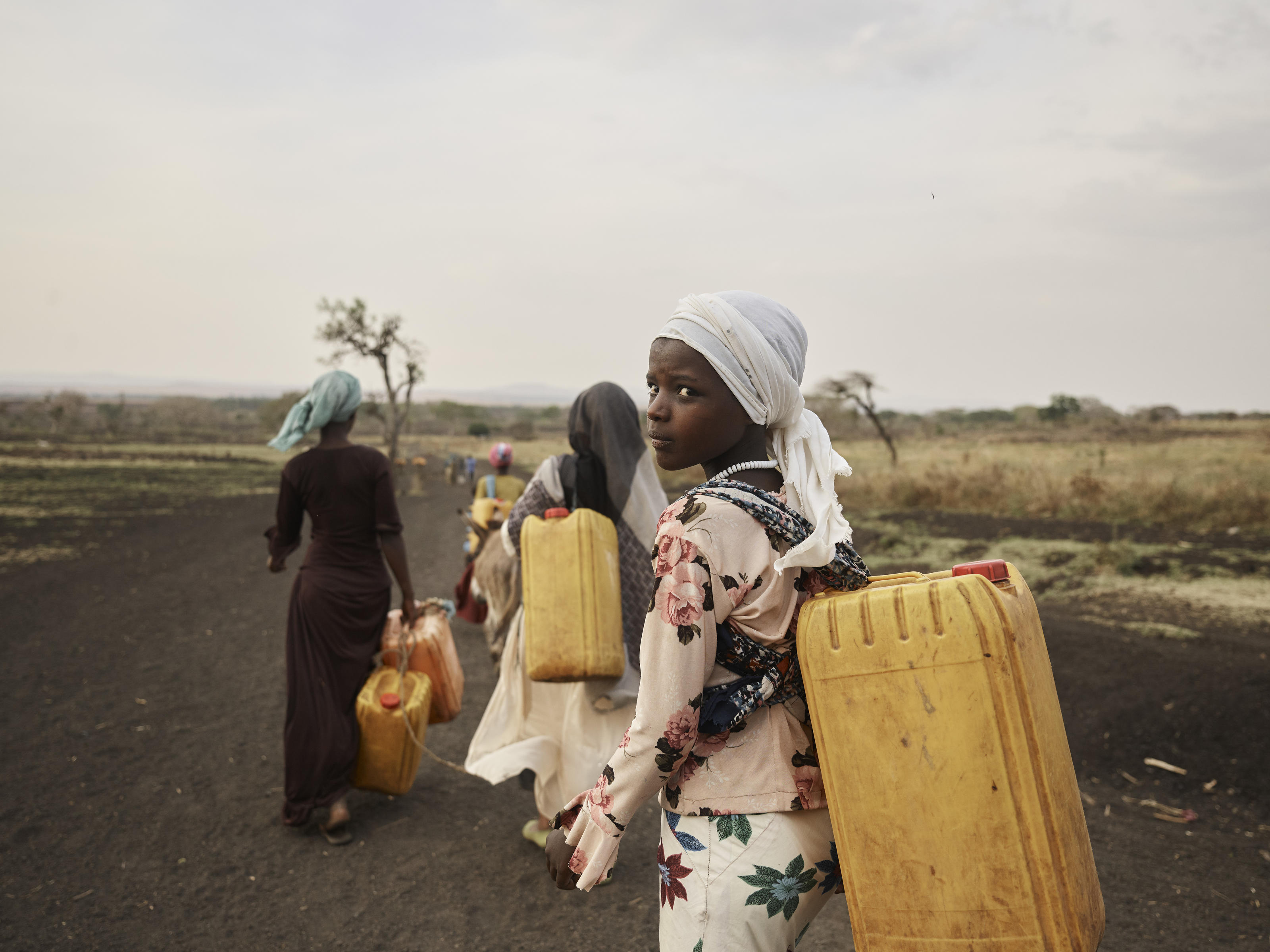 In their community, Frat in Ethiopia, there are only two choices to be able to access water. In the dry season, the main water source is either the polluted River Lah or a large dirty pond. In the rainy season, the river becomes too dirty and difficult to access. The community try to collect as much water as they can from rooftops, but seasonal rain has become less predictable.

“We go to collect water in the morning and sometimes I’m late to school, which makes me feel bad and I get into trouble. 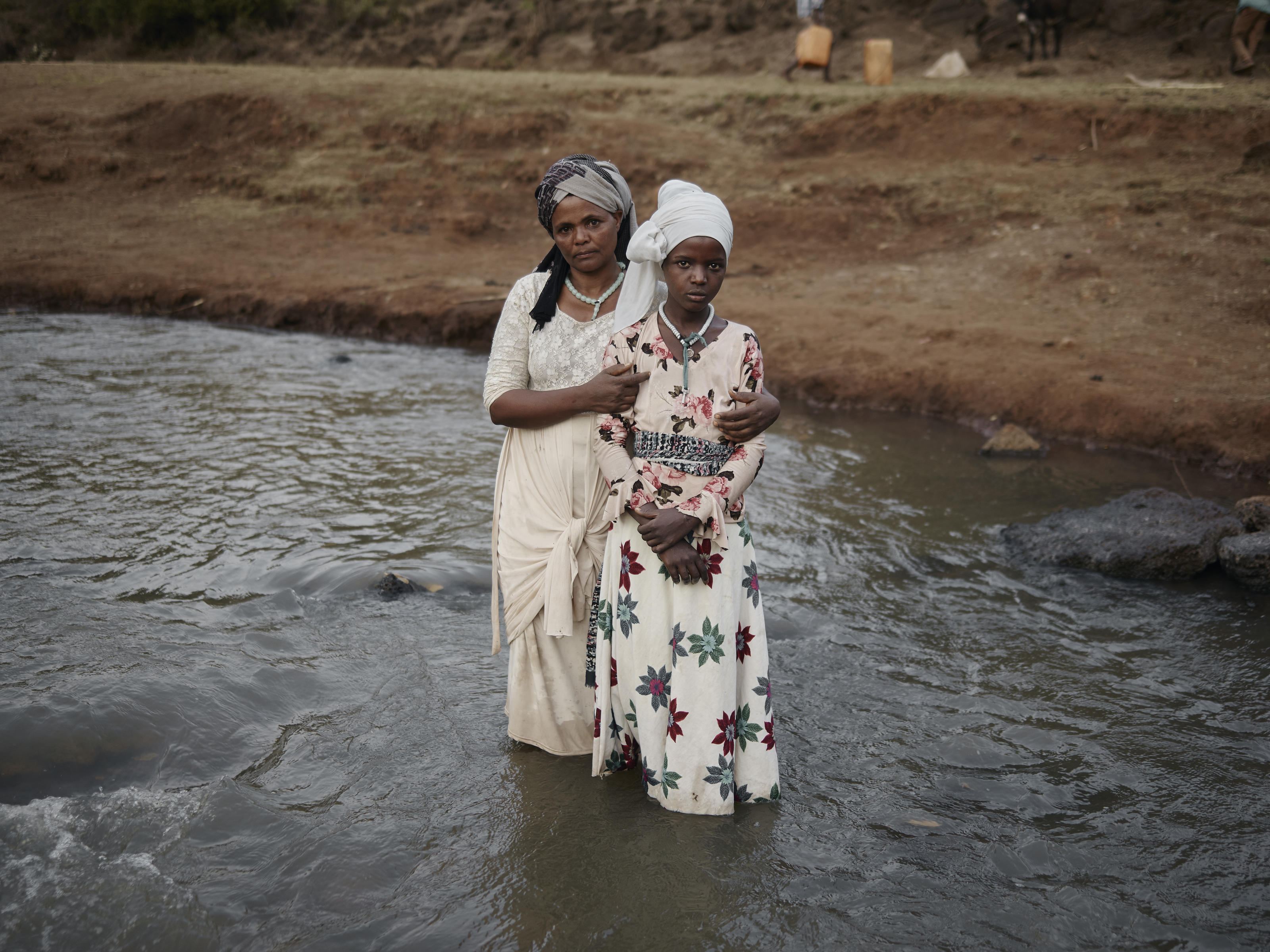 Hawa, 44, with her daughter Ansha, 12, standing in the River Lah in Frat, Ethiopia.

So how can we tackle climate change? 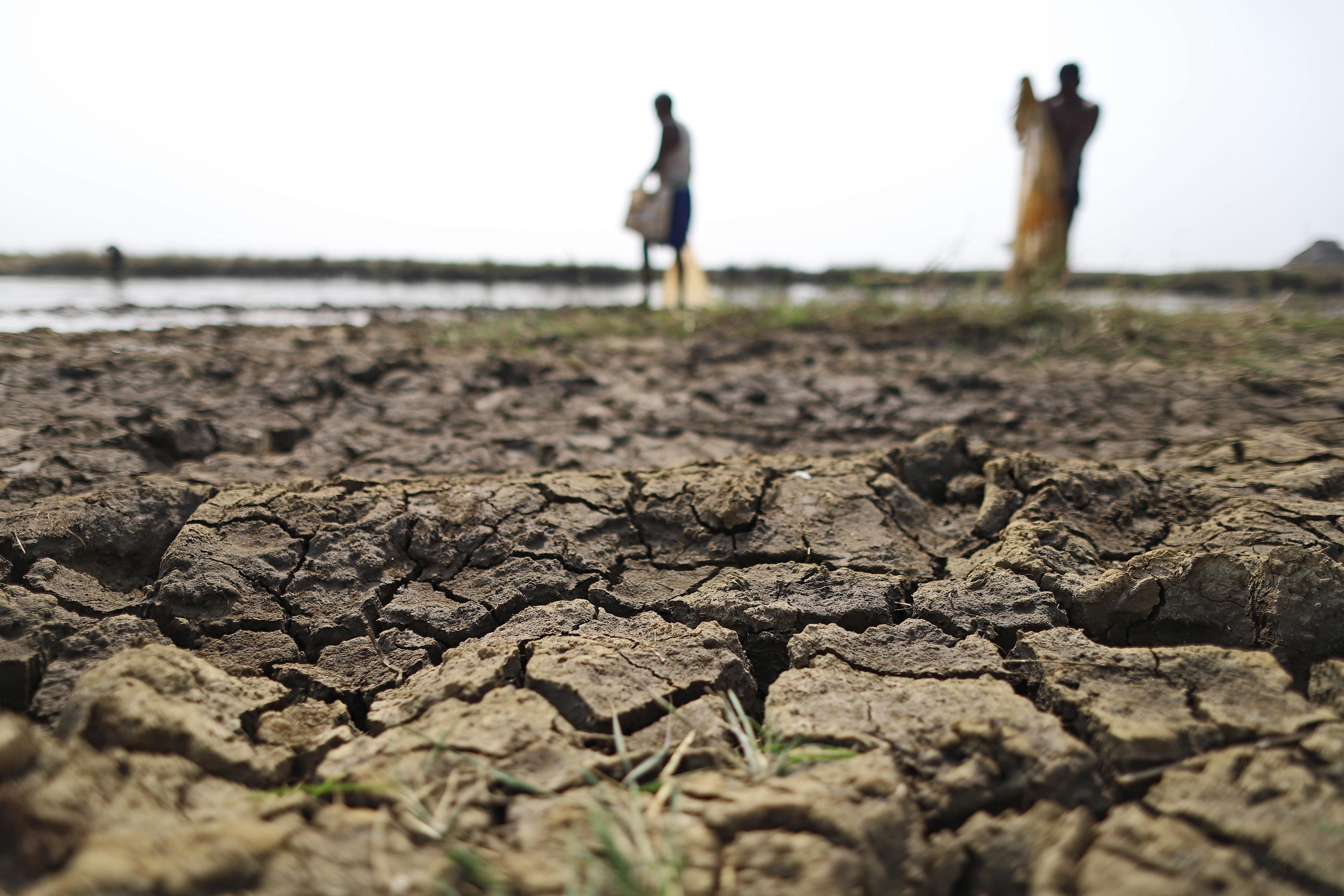 Kailash Chandra, a farmer, is fishing near his field in the village of Singiri in Odisha, India. Odisha has had several recent devastating cyclones which have depleted soil productivity for local farmers.

The more I read about climate change, the more I come to think it’s about each of us playing our part. The crisis can feel overwhelming, but as we raise awareness through projects like this, we can realise that even by asking the question – what can I do? – we have taken the first step towards changing things for good.

Raising awareness of the connection between clean water and climate change, for example, is crucial. Without this connection, wider changes in national investment and policies won’t follow – and that’s the scale of change that needs to take place for lasting change to happen.

For our part, players will be funding not only awareness-raising campaigns like this one ahead of World Water Day (22 March), but also a whole range of project work across 12 countries around the world.

From building piped water supplies in Ethiopia to setting up hygiene training in schools and healthcare centres in Bangladesh, using rainwater harvesting in Eswatini and solar-powered water pumps in Tanzania – these player-funded projects will not only support communities whose water supply has been affected by rising sea levels, drought or flood, but will also support WaterAid as its teams call for long-term investment and policy change from governments and decision-makers all around the world.

After only one hour on Whitby Beach, Ansha’s image was washed away by the rising tide. As each of us looks on to this incoming tide this World Water Day, WaterAid will be asking its supporters what water means to them. For me, the part clean water plays in our collective health has been all too evident this past year, and I can’t imagine life without it.

Together, with decent toilets and good hygiene, we can help protect people’s health, education and livelihoods with investment in these essentials – whatever the future may bring.

WaterAid worked with artists from Sand in your Eye to create the 60-metre portrait and was funded by players of People’s Postcode Lottery.