What happens after we flush our toilet? It’s probably a question many of us have never thought about in detail. After we’ve done our business and walked away from that porcelain seat, there’s a system in place to take care of the waste, and we don’t have to worry about it.

But that isn’t the case everywhere in the world. In many countries, especially in overcrowded urban areas, there’s no formally organised system in place to safely get rid of the waste. It will be down to workers to empty pits or unblock sewers manually, taking waste away from homes and people’s living environment. It’s a vital public service that is essential for a country’s health and development.

Yet thousands of these sanitation workers are forced to work in hazardous conditions that violate their dignity, without any specialist clothing or equipment to protect them. In some countries, workers use little more than their hands to remove human waste from toilet pits and sewers, putting them at risk of disease and injury. 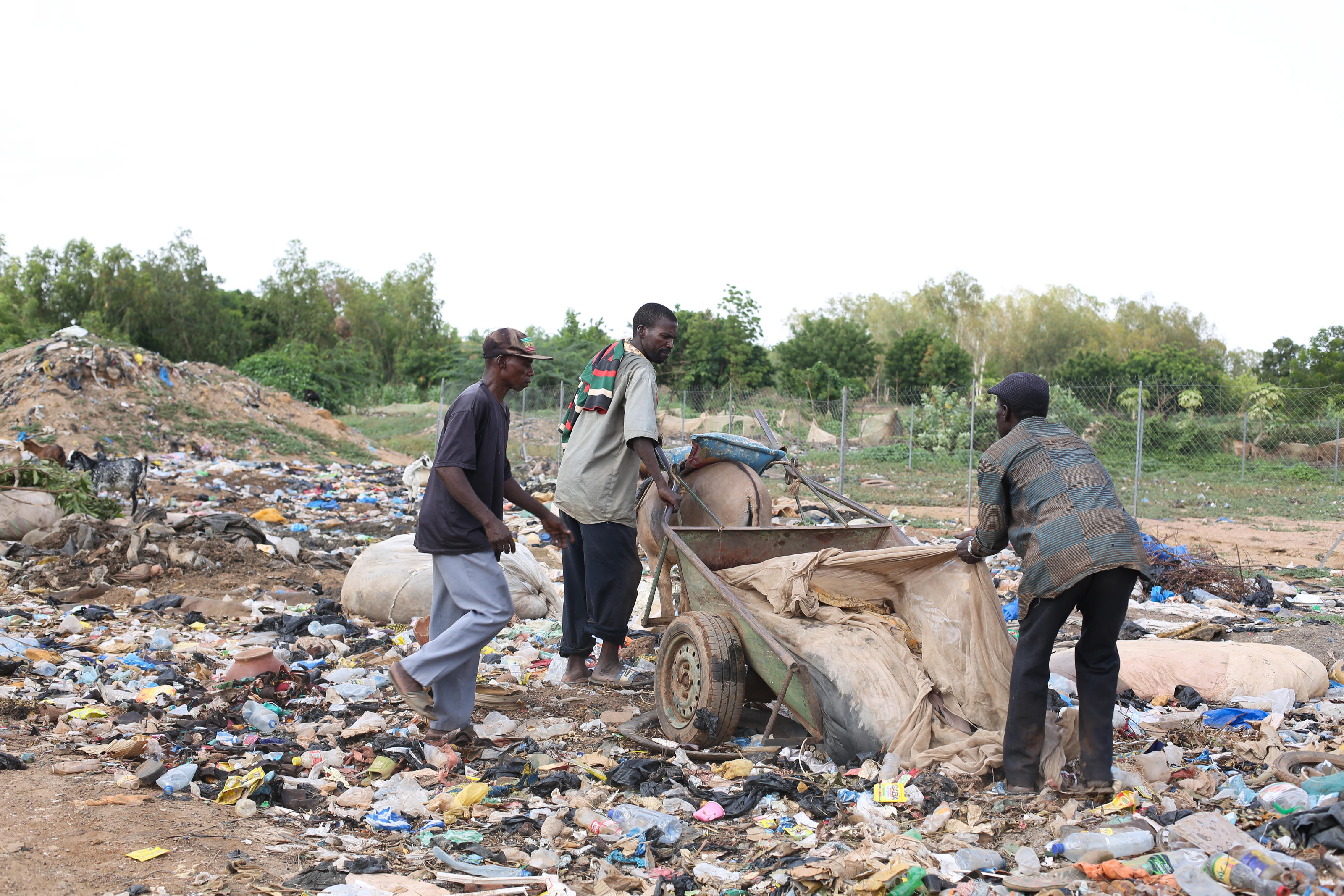 In my own country of Burkina Faso, it’s estimated that 26% of waste in the capital Ouagadougou is handled manually*, but in reality it could be far more than that.

This World Toilet Day our report is highlighting those people for whom manually handling human waste is a daily reality – and the risks they face without any protection.

As WaterAid's Voices from the Field Officer in Burkina Faso, it was my job to seek out people doing this work in my country, and document their experiences. I have always been aware of and seen sanitation workers in Burkina Faso, but it wasn’t until I had to collect stories for this report that I really came close to it.

One of the men I spent time with was Wendgoundi Sawadogo. He’s 45 and has been a manual emptier for about 15 years. He explained to me the process of emptying a pit:

“If you kill the worms and cockroaches you can go into the pit with a hoe, a bucket and a rope to remove the faeces. It can’t be only one person who does the work, it takes at least two people. One person inside and the other outside.” 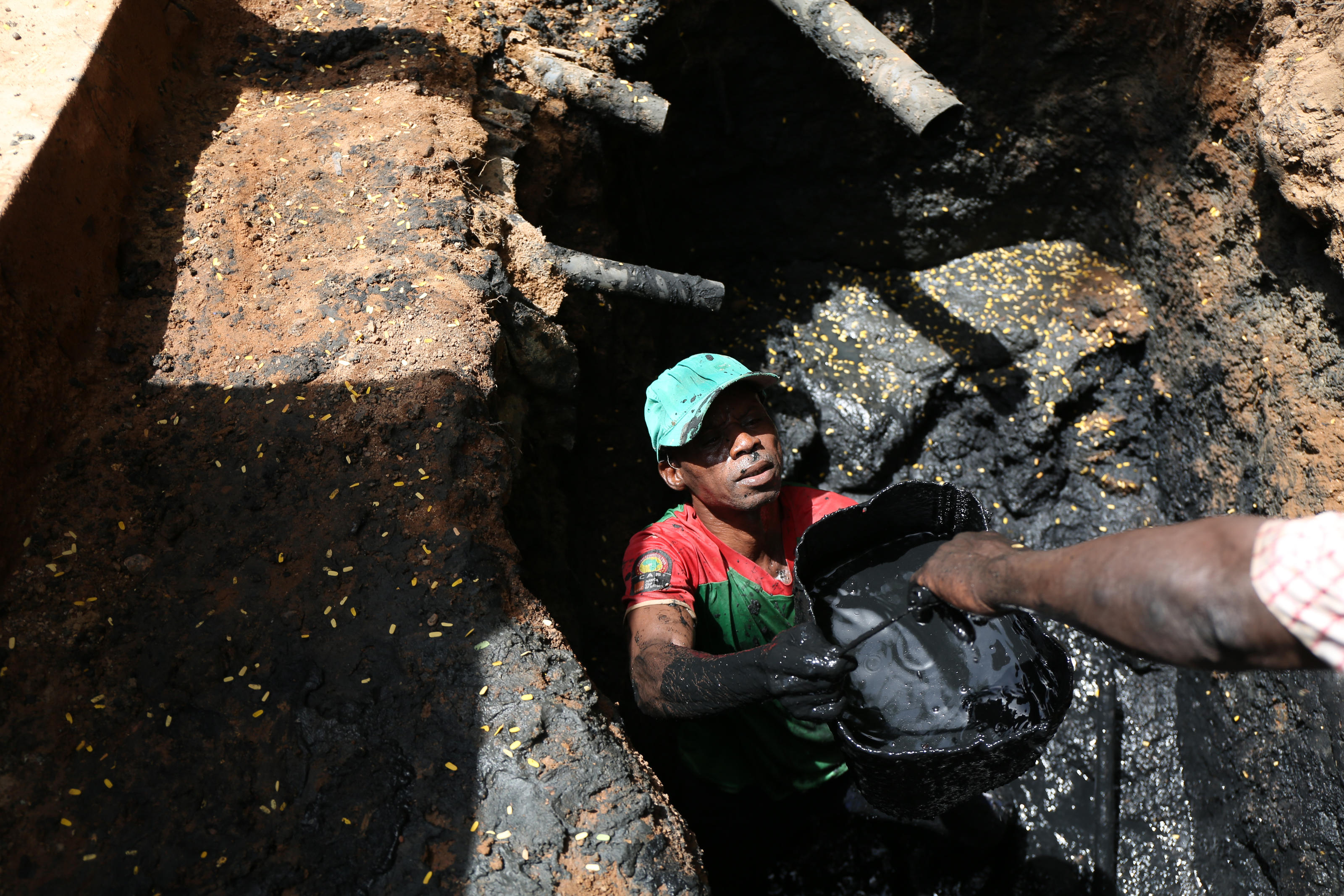 I spent whole days with him and his team, getting to understand the hard reality of their work, and like them, got faeces on my body, my clothes and my work tools.

It certainly does take courage. Many doing this job face stigma and discrimination – malicious looks and whispered words. This made me feel very wary when out taking photos of the team. I didn't want my camera to expose them to what they fear most, by drawing more attention to what they were doing. There were some shots that I forbade myself to take, to avoid my friends receiving mocking glances.

But on the other hand I was determined to bring attention to the realities and difficulties of this work, which some choose to do and others are forced to do to survive.

It’s not just the discrimination that’s a problem. The pits are also extremely dangerous places – often deep and full of sharp objects and germs, which puts emptiers’ health in jeopardy. “Sometimes people throw syringes and shards of bottles in the pit. These are risks that sometimes require us to spend money on tetanus vaccines. All of these are concerns for us. But if we have no means, what can we do?”

Wendoungi and his team are ordinary people like you and me. They are also brave people who have overcome many difficulties in their work to earn their daily bread while serving many families. I let myself be taught by their stories and their humility.

“I do not wish any of my children to do the work I do. I am fighting for them to go to school so that they can find a better job in the future and avoid the suffering I live.”

If you read our report The Hidden World of Sanitation Workers, you will see that even though some are shaking off the stigma attached to this vital work, many still need support from their communities and the government to make sure they have the right equipment, protection and the respect they deserve.

“I don't want to change job. What I want is for us to be helped with equipment, including a means of transportation to go to remote sites. That's what we want the most.”

I sincerely hope that their images and their testimonies will help raise attention to sanitation workers’ vital work, because without them billions of people around the world would not have the use of a decent toilet.

*According to a household survey conducted by Réseau Projection, October 2015.