Why walk for water? Your six biggest questions answered

We answer your most common questions about water and our work – and explain how your support is helping us reach our vision of getting taps and toilets to everyone everywhere by 2030.

1. It's not as easy as moving closer to the water

Around the world, millions of people – especially women and girls – make the long walk to collect water every day. So why don’t communities move closer to the source?

As you might expect, there are lots of obstacles. Firstly, just like here in Australia, moving isn’t always easy. We work with the world’s poorest communities, who can’t afford the best land – leaving them without access to water.

Even if they could afford to relocate, many people can't leave their livelihoods behind.

And then there’s the problem of natural water sources themselves: they’re often filthy, and contaminated with all sorts of waste and parasites which can spread diseases like cholera.

Not only that, but they’re also unreliable. Rivers can dry up, and whole communities simply can’t move every time that happens. That’s why we try to move water closer to people, by tapping into groundwater, drilling wells and harvesting rainwater. 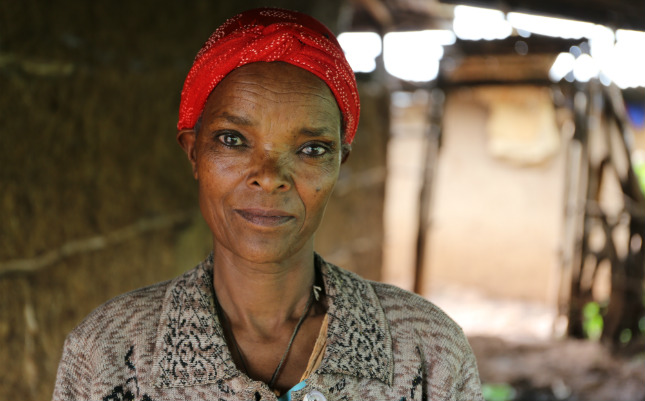 “I feel really bad giving unclean water to my children. But I have no choice. I just hope it will be ok," says Chaltu, 55, who lives in Oramia, Ethiopia
© WaterAid/ Behailu Shiferaw

2. Boiling water isn’t the best idea. This is why.

Surely a simple solution is to boil the water? The trouble is, fuel is expensive in the countries where we work, and often in short supply.

Not only that, but burning fuel on a regular basis can give you respiratory problems – and boiling doesn’t remove all the nasty stuff from water, like arsenic and nitrates, which can cause deadly health problems over time.

It also doesn’t solve the problem of women and children having to walk for miles every day, carrying unimaginably heavy loads of dirty water – which is why we’re investing in sustainable, long-term solutions instead.

Don’t people build their own wells? They do, all over the world, despite the dangers of construction.

That's because, unlike here in Australia, not everyone can rely on their government for the provision of such essential services.

However, unless you know what you're doing, the water you collect from your well might be dirty or even dangerous – wells are easily contaminated, spreading diseases like cholera.

What our local partners add is the expertise needed to build wells that are safe, with access to clean water, as well as support for local people, as they develop the skills to manage their new facilities for years to come.

4. Treating water can work (in the short term)

So what about treating the water? After an emergency, that can be a life-saver – in the short-term.

When thousands of people lost their homes in the 2015 Nepal earthquakes and local facilities were destroyed, many were left without clean, safe water to drink. 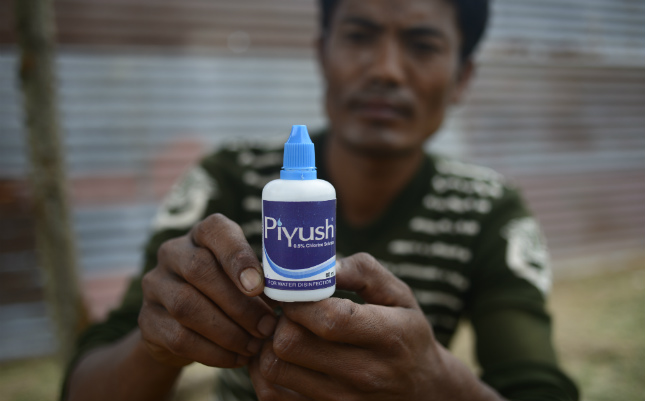 Dilip Kumar Tamang was given a bottle of water purification drops by our partner, the Environment and Public Health Organisation (ENPHO), after the 2015 earthquakes in Nepal.
WaterAid/ Ravi Mishra

We distributed purification drops to treat dirty water, until longer-term rebuilding work could get underway and vital water supplies and infrastructure could be restored.

And in the long term? Purification is both unrealistic and expensive. It would mean manufacturing purifying kits for the millions of people around the world who need them, not to mention a reliable way to reach every single one of those people.

Why do we tell so many stories of women and girls? In many of the countries where we work, the responsibility for collecting water falls to them – while men are often earning an income for their families.

Because women and girls are most affected by a lack of access to water, we share a lot of their stories.

6. Aid has changed the world – but there’s still so much more we can do

So what have your amazing donations achieved so far?

Since 1981, we’ve been working with local partners and governments around the world to reach 23 million people with safe water and 21 million people with better sanitation. That’s no small feat – but it’s only been possible because of incredible people like you.

It’s definitely something to celebrate. And it also gives us hope because your support has helped us find solutions to tough issues like sustainability, infrastructure and the remoteness of communities. 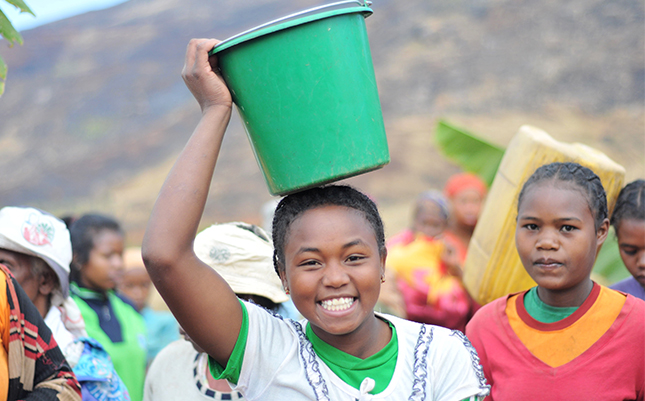 17-year-old Tahiry celebrates when a water point is installed in her village, Lovasoa, Madagascar: "For me, today is the best day of my life here.
WaterAid/ Ernest Randriarimalala

Yes, the crisis is still huge – right now, there are 650 million people living without safe water and 2.3 billion without a toilet. But it doesn’t have to be like this.

Find out what your support has achieved so far. Read these incredible stories from our work >