The hygiene work WaterAid has been doing for the past 40 years is as crucially important as ever.

WaterAid spoke with Phai Chamroeun, a council member of Rolea B’ier district in Cambodia about her work to bring hygiene and handwashing to her district, to show the challenges faced by millions around the world.

“People’s awareness of washing hands with soap is low. Only about 20% of people wash their hands with soap. One issue is the authorities, who are the specialised people, have done nothing to disseminate information about this issue”

Phai Chamroeun is a mother of three and grandmother of four, and sits on the Water, Sanitation and Hygiene (WASH) committee for her district, working with WaterAid to bring clean water, sanitation and hygiene to all.

One of the biggest issues in her district, as well as many others around Cambodia, is the lack of information and education on handwashing, and limited funding available to educate people about the importance of hygiene practices such as washing hands. 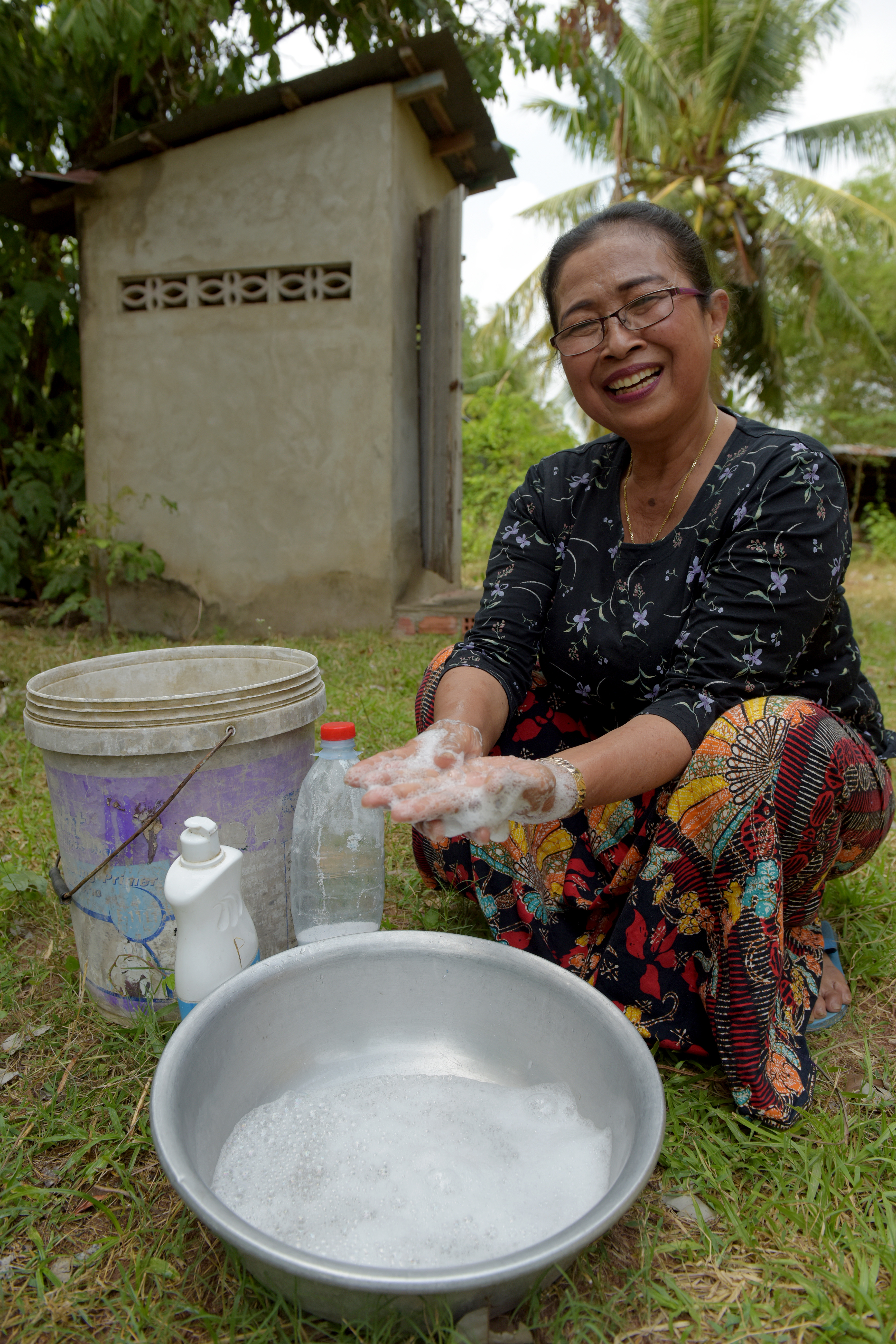 “Another key challenge is cooperation with the commune councils. The commune council’s participation in a project is needed to enforce clean water use and sanitation practices as they are direct implementers.

“They do not realise that it is their role in clean water use and sanitation enforcement. Their capacity is limited, so it is hard for them to work and change people’s concept. Sometimes, they are busy and do not prioritise WASH work.”

Hygiene is not the only issue Phai’s district faces.

“Normally, people just defecate openly or in bushes as they believe that their lands are wide enough to do such a thing and some people are recent migrants, so they do not have enough time to build toilets, and some are poor and need to save money for building a toilet.”

Phai works with WaterAid Cambodia on WASH activities and says before joining forces with WaterAid, she was not aware of the WASH issues. She has been an active leader in WaterAid projects which train local leaders and Buddhist monks about the importance of washing hands with soap, drinking clean water and using decent toilets, and helping them share the message into their communities. WaterAid has helped leaders to build their leadership skills, engage women and people with disabilities about what extra support they need, and link communities with local suppliers and utilities to improve latrine and water access. Her active involvement is why she is now pushing hard to make others aware of the importance of clean water, good hygiene and sanitation. 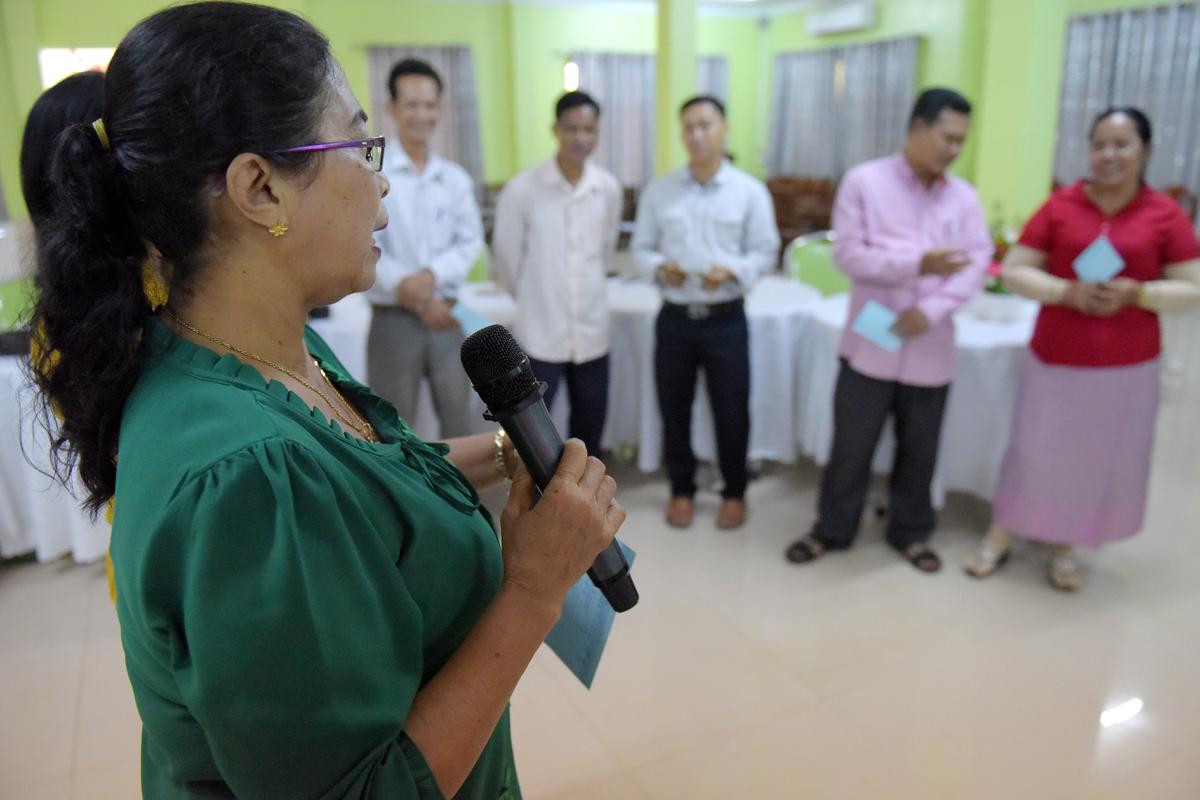 “When I joined the WaterAid project, I was not capable in public speaking, but after that I have realised that the project has helped me and strengthened my capacity through training, which makes me brave and knowledgeable regarding clean water use, sanitation, hand washing, and sanitary toilets. This enables me to apply and disseminate my knowledge and expertise to the community. “

“In spite of being old, I am proud of myself because I am capable to work with women, the community, and male colleagues as before joining the project I used to be discriminated and taken for granted. But now, I think that I have involved a lot in the project, I deliver a lot of public speaking and have more opportunities as I am able to speak in public, know how to behave and use eye contact when speaking publicly.”

“What I want to see in 5 or 10 years is healthy children in this district. I also want to see women feed their children well and that they understand the importance of using clean water and sanitary toilets. What has motivated me and the committee is encouragement from WaterAid. It gives us motivation to educate people and pushes the commune councils to join in order to raise people’s awareness on clean water.”

Mekong life through the lens of a local