The competition was fierce this year at the World Toilet Day event as teams battled it out and competed at sporting activities at the “Super Bowl Olympics.”

The event brought together five teams from City West Water, Melbourne Water, South East Water, Who Gives A Crap and Yarra Valley Water to launch the World Toilet Report “The Crisis in the Classroom” and participate in sporting activities to take them back to their school days in the playground.

Melbourne Water kindly donated their foyer space with a thunderbox on display, providing many opportunities for entertaining photos! Who Gives A Crap donated their toilet paper rolls to facilitate the toilet inspired sporting games. 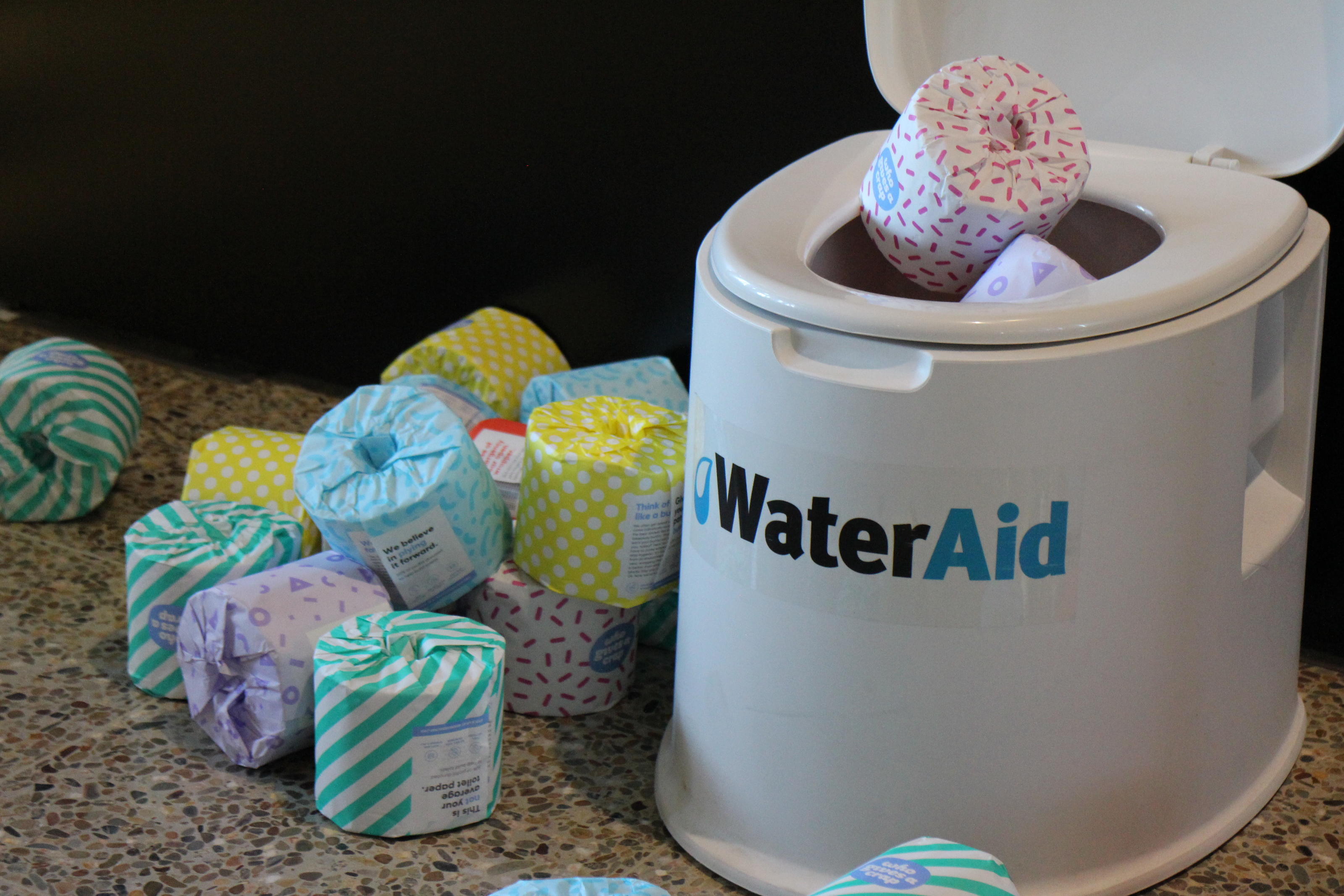 Teams of four competed across sporting activities such as basketball where the aim was to throw as many Who Gives A Crap toilet paper rolls into a toilet prop. There was also bowling, using toilet paper as the ball and pins, soccer using a toilet roll as the ball and lastly the popular toilet roll and spoon race! There were some interesting interpretations of bowling as some enthusiastic teams choosing more of a baseball pitch approach to knock over the pins!

The scores were close with only one point between 5th, 4th and 3rd place. Congratulations to Who Gives A Crap for taking out the gold medal at the “Super Bowl Olympics” and winning the Golden Flush toilet award.

Networking drinks were held after the event providing a great opportunity to rehydrate after some tough competition. We thank all teams who participated in this year’s World Toilet Day event.

Read the World Toilet Report “The Crisis in the Classroom”