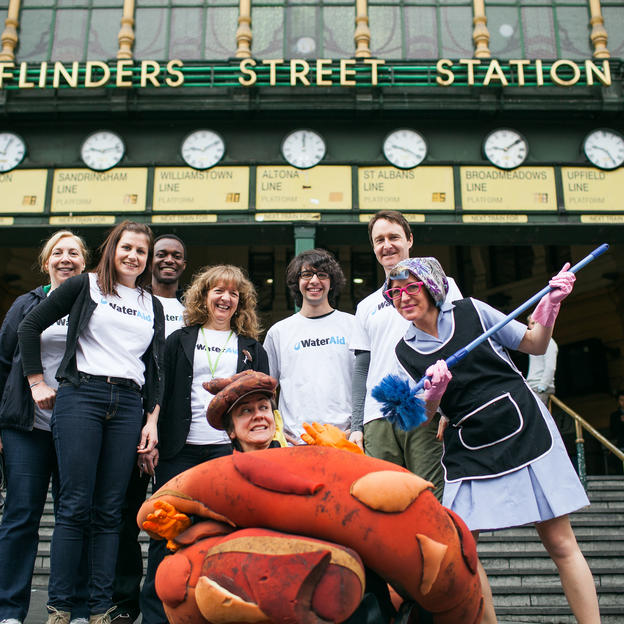 Want to campaign? Get in touch!

Email: [email protected]
The voices, and actions, of supporters like you have been essential in more people getting access to clean water and a decent toilet – here’s how!

What has campaigning achieved?

WaterAid supporters are a tenacious bunch. Through the tireless campaigning of people like you, WaterAid globally has helped bring about changes benefitting millions of people without access to clean water and a toilet. Every single one of your actions, whether meeting an Member of Parliament or sharing a Facebook post, has played a role in making change happen.

A national effort; a national impact

Since we launched more than a decade ago, supporters like you have helped generate some big wins.

Multiplied, individual actions equal a big difference. In 2013 over 25,000 Australians joined WaterAid and Micah Challenge’s Toilet Tour, calling on the Australian Government to invest more in ensuring people around the world have clean water, a decent toilet and good hygiene. The next year, Government almost doubled Australia’s aid funding for water, sanitation and hygiene programs.

In 2014 our supporters joined with over 165,000 people worldwide to urge leaders of the world’s 20 richest countries to do more to end the Ebola outbreak in West Africa, including improving access to clean water, toilets and hygiene to stop transmission of the disease. Within days our Government allocated an extra $20 million to establish a 100-bed treatment facility in Sierra Leone.

Thanks to you, Australia has already taken some big steps towards creating a world where everyone has access to clean water, a decent toilet and good hygiene. Continue to campaign with us and get these basic rights to everyone within a generation.

For every $1 invested in water and sanitation, an average of $4 is returned in increased productivity.

Our politicians show their support

The politicians below were some of the 50 who supported the Toilet Tour campaign, thanks to the actions of supporters like you.