Introducing the incredible communities of Dolakha, Nepal, who are overcoming considerable challenges to get clean water – all with support from WaterAiders like you.

Very soon, you’ll be going behind the scenes of a WaterAid project and discovering more about how we harness technology to overcome challenges, our pandemic response, and the impact climate change is having on water, sanitation and hygiene.

You’ll meet the people we work alongside and immerse yourself in their lives, and hear from some of the team involved in our work. They'll be online during our visit, ready to answer any questions in the live chat.

Your tour starts at 2pm on Wednesday 24 November. In the meantime, and to prepare you for your visit, we’ve put together some background on the communities, the work, and what to expect on the day.

We'll be visiting Dolakha, located 135km north east of Kathmandu. It's home to one of Nepal’s most marginalised ethnic groups, the Thami community. A hill tribe of just 30,000 people, they are often overlooked by development projects.

Our work in Dolakha is focused on two municipalities – or boroughs – called Kalinchowk and Shailung. For your tour, we’ll be taking you to Kalinchowk, a lush, green area nested high in the mountains of northern Dolakha, and the picturesque destination for thousands of pilgrims and trekkers each year. Meanwhile, Shailung lies in the south and is known locally as the ‘land of a hundred hills’.

It's clear why people make their way to these areas every year: the breath-taking sights, the feeling of peace, and the wonderfully kind and spirited locals – locals who love their home, the beauty of which they never take for granted.

We'll be welcomed to Nepal by Shivani Chemjong, WaterAid Nepal's Communications and Campaign Lead. She introduces our guide for this tour: Mani Karmacharya, Voices from the Field Officer. 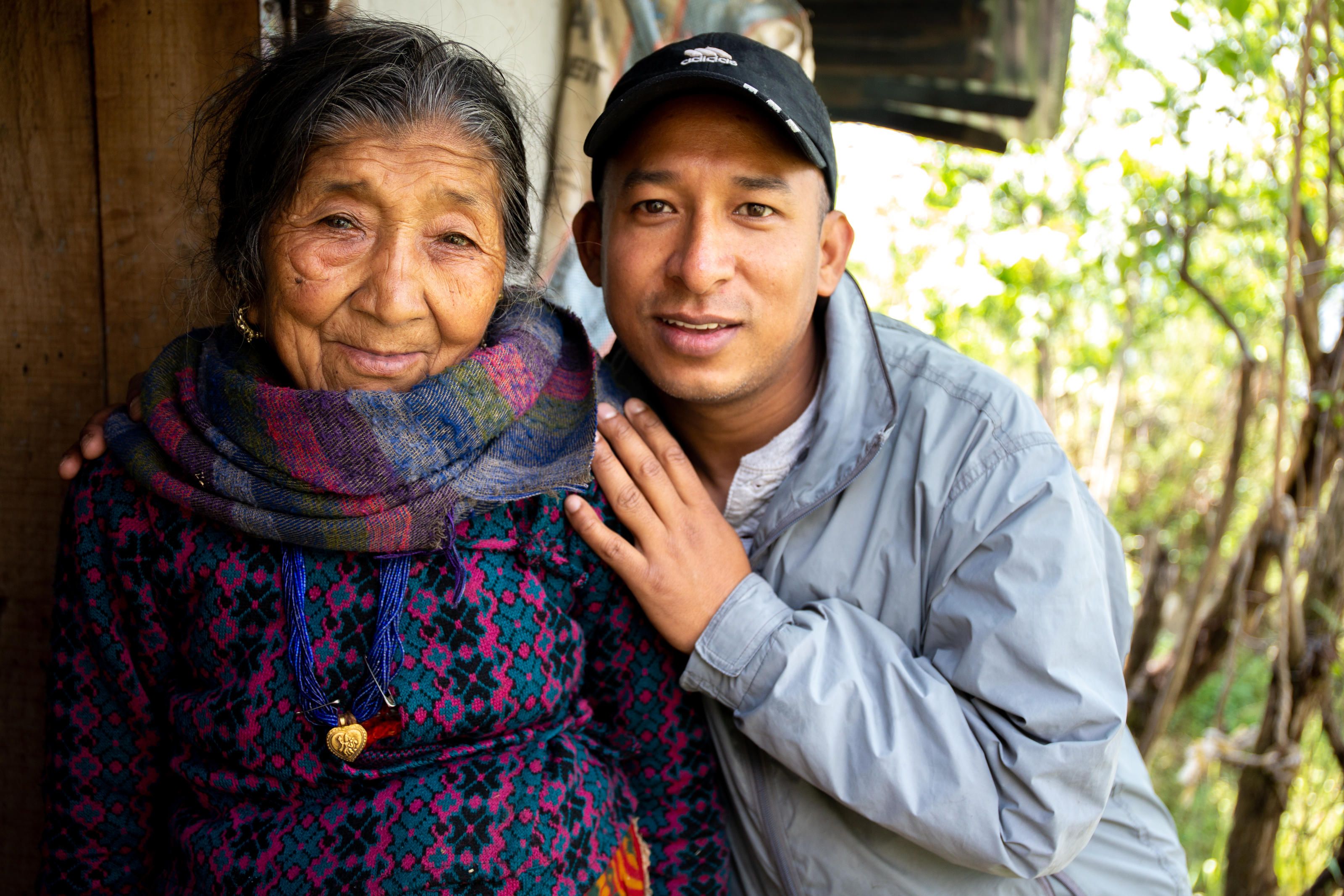 Set out across the mountainous terrain, home of the Himalayas, and catch a glimpse of the country, communities and landscape. Arrive in Dolakha, 135km north east of Kathmandu, to hear about our project work there. 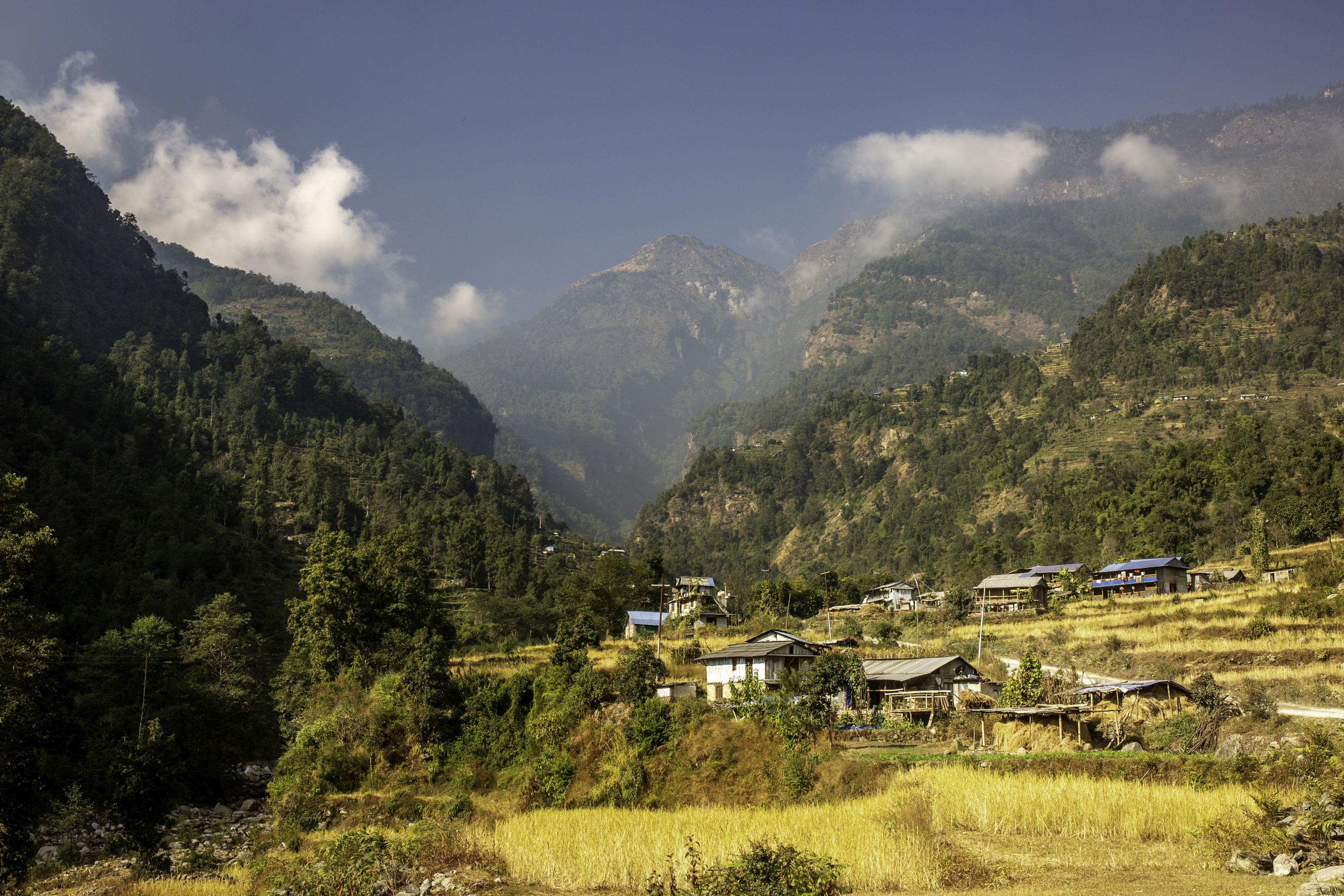 The mountainous terrain of the Dolakha region
WaterAid/ Mani Karmacharya

See first-hand the impact of a major landslide affecting the community at Shilaphare. Meet the community leaders dealing with the disaster, and hear their hopes for the future. 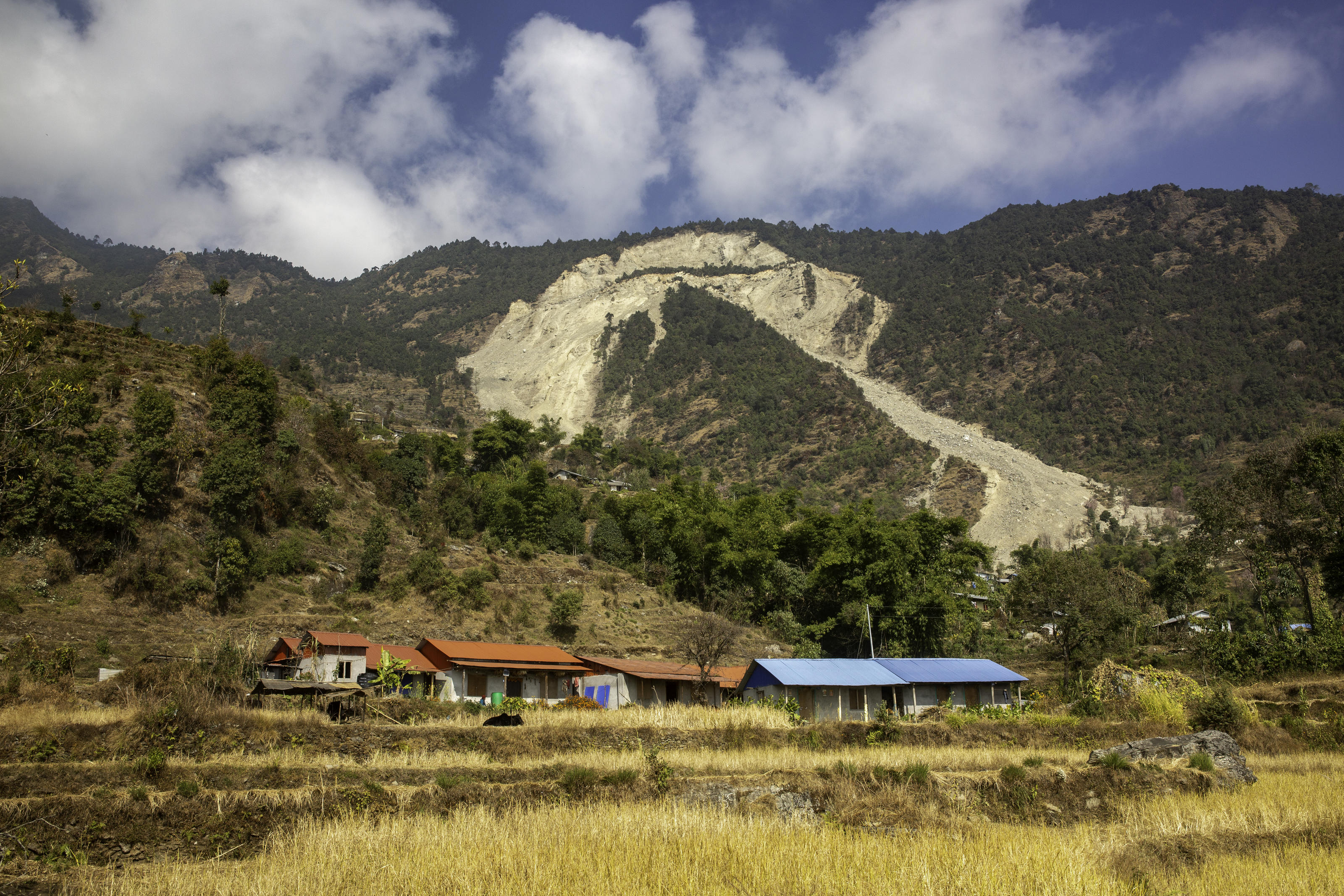 Find out more about the impact of COVID-19 on our project work, and what our teams have been doing to respond. 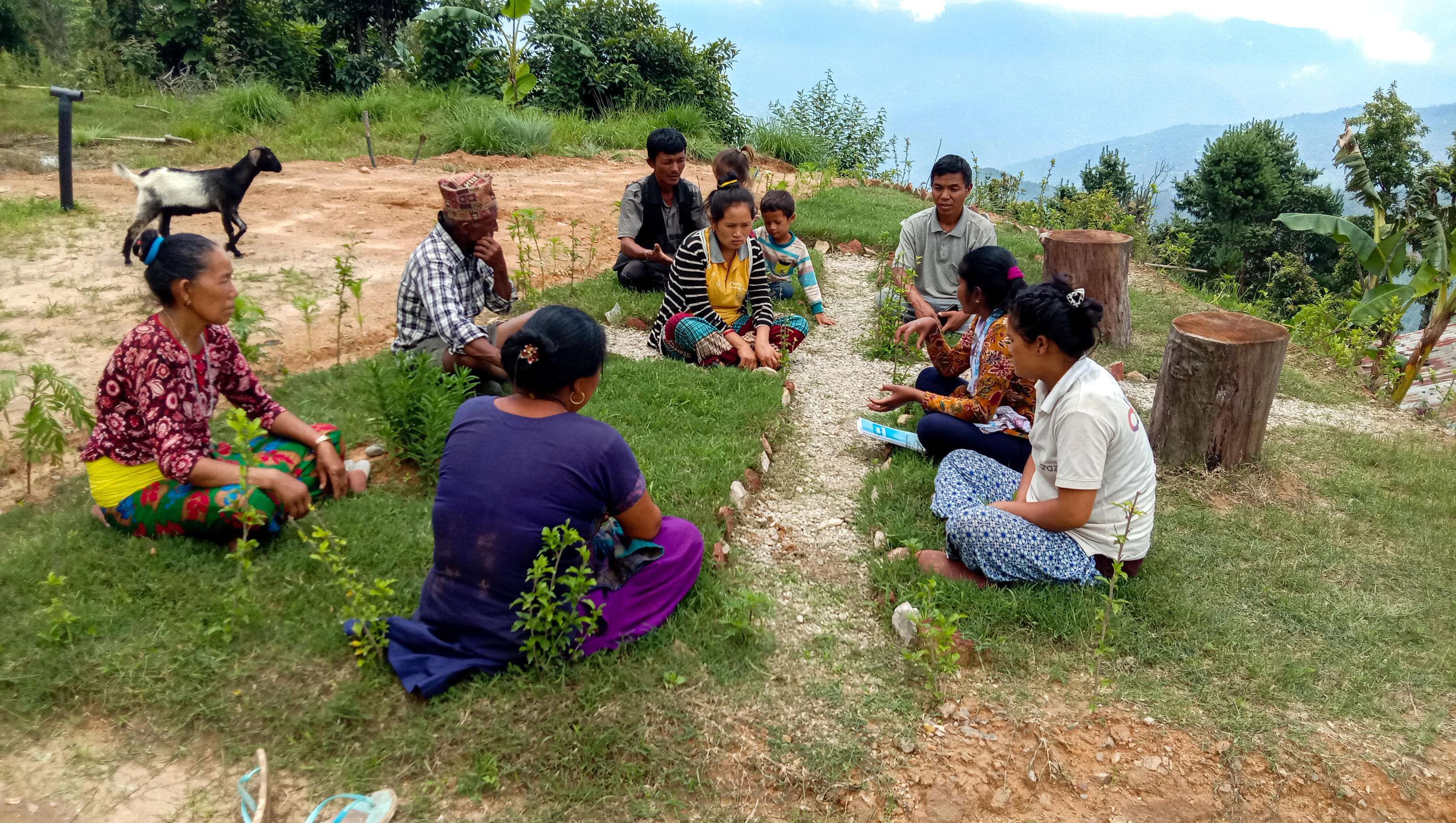 Catch a glimpse of the tech we use in this challenging environment, and hear stories of hope for a future with a reliable supply of clean water. 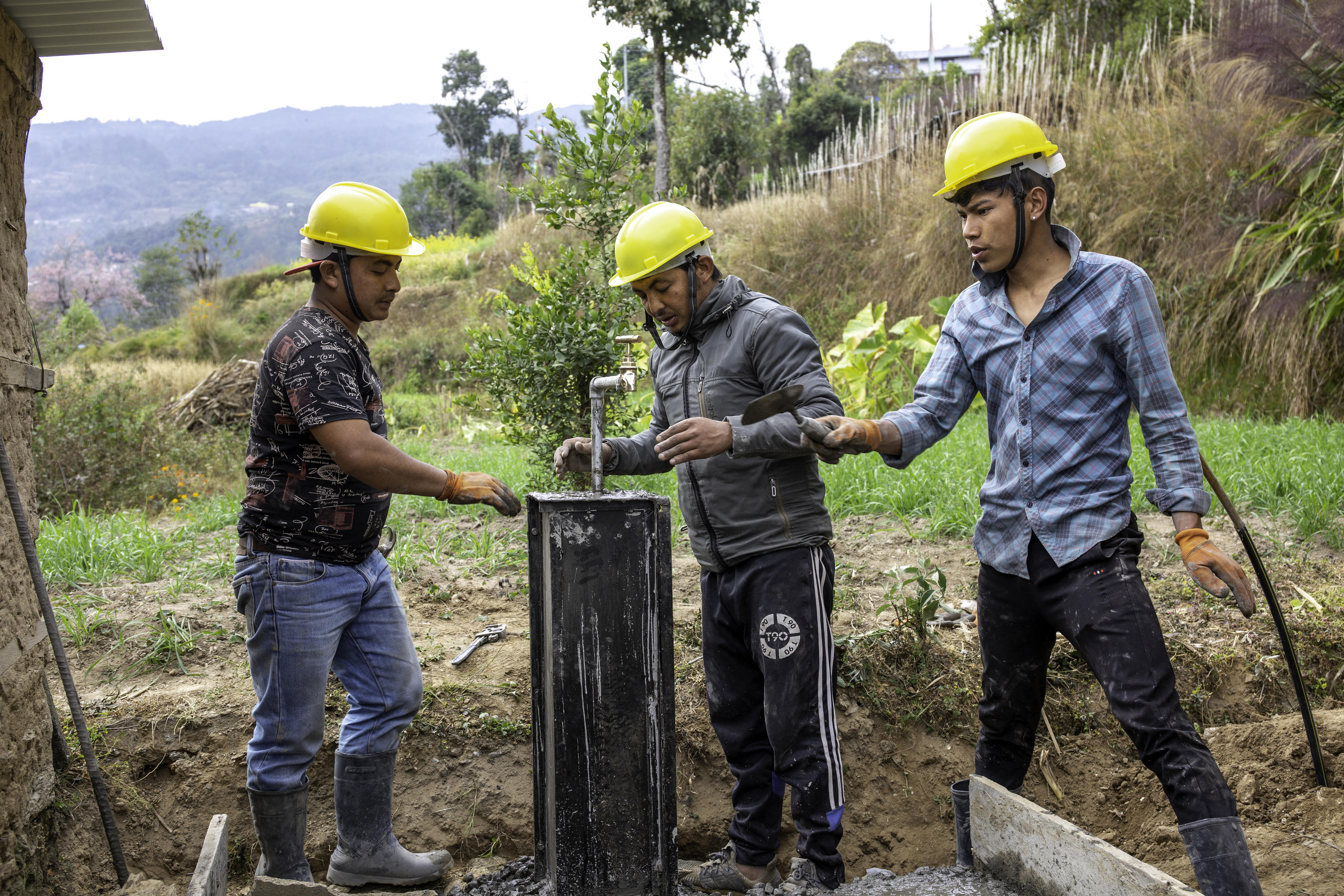 Workers constructing a tapstand as part of the project in Shailung.
WaterAid/ Mani Karmacharya

Your tour starts at 2pm on Wednesday 24 November, and will last around half an hour.

If you have any questions on how to join, or experience any difficulties, please get in touch with us by emailing [email protected].

Discover more about Foundations for the Future, our project working to bring reliable sources of clean water to communities in Dolakha.

About the project
WaterAid/ Mani Karmacharya

A lack of clean water in areas like Dolakha is holding communities here back – preventing children from getting an education and standing in the way of people who want to earn a better living.

Two and a half years ago, with the significant support of people like you, we embarked on an ambitious project to improve access to clean water, decent toilets and good hygiene for communities in this remote region.

Here’s a little more background to help you explore ahead of our virtual tour:

Each point on the timeline explains more about our progress to date – and the challenges we've overcome together:

Despite all the recent challenges, we're making steady progress to bring clean, reliable and accessible water to mountain communities in Dolakha.

We're aiming to complete the first six water schemes by the end of 2021. Almost half of the trench digging and pipeline laying is now complete, with 67km of pipe laid.

In the second year of the project, we ran 10 events to empower people on their rights to water and sanitation, and continued our hygiene work in schools and communities.

We’ve surveyed the existing facilities at three schools, and are now working on technical designs to improve them.

NB: All progress relates to the most recent figures available, up to September 2020.

From the individuals experiencing long and often perilous journeys to collect water, to the community leaders helping shape the project, discover some of the stories from the region:

"There is no life without water"

Nanda Kumari lives among the scattered mountain communities of Dolakha, where many people rely on open springs for their water. Following 2015's earthquake, some of these sources became unreliable, and many dry up for several months a year. In the rainy season, the springs become muddy and contaminated, raising the chances of people falling ill.

Women and girls traditionally collect water for the family. Several times a day they negotiate steep, narrow and slippery paths to reach the springs; injuries on these perilous journeys are common.

Anisha’s ambition is to be a dancer. Yet she must spend her spare time washing dishes and fetching water at the local stream because there isn’t a clean water source closer to her home, leaving little time for practice or study.

“Sometimes I feel like dancing and at the same time I have to go to fetch water and do other work, so managing time to practise is difficult,” she says. “If water is easily accessible in the taps in our homes, life would be comfortable for all. I would be able to practise dance, I would not have to bathe in an open place and I would not need to fetch water. I can have

The power of community

The moment someone turns on a tap for the first time is really special. But to arrive at this point it takes people working together, with leaders drawn from across communities. Man Bahadur Thami is one such leader, helping coordinate the project in Campol, Kalinchowk:

“Community support is really great. While digging the trench, there were 50-60 people gathered for the labour contribution which I think is a great number.

“I and other committee members visit different sites so that we can monitor the work and make sure the standard depth and width of the trench are correct. If we get involve

Building effective, long-lasting water systems requires technologies appropriate for the terrain, as well as thorough planning for the future. With your support, communities in Kalinchowk will be introducing gravity-flow technology for their water supplies – ideal for this mountainous landscape.

Engineer Govinda Budthapa, from our local partner Community Development Forum, explains that using gravity instead of energy makes this technology highly cost-effective. The team will also design the system to “take into account population growth and increased demand for the next two decades”, making

“I have seen and experienced landslides and floods but not as massive as the one that occurred here.”

Pabi Maya Thami stands in front of the visible mountain scar left by a recent landside. The damage was extensive: over 20 households were displaced, many people lost their farmland, and one of the water sources identified for the new scheme was destroyed.

Yet she and her community are undeterred in their fight to bring clean water to their home: “I am fully determined to complete this project. Problems occur but that doesn't mean that we back off and do nothing. Problems are part of our life

The impact of this work will be passed on from one generation to the next, helping these communities to change their own lives forever.

For farmer and mother Manita Thami, it can help her to better protect her family from diseases caused by a lack of clean water, and everyone can make better use of the time they used to spend fetching water, so they can focus on improving their situation.

“Everybody is working hard and when the taps run clean water in every household, we will have a very comfortable life,” she says. “Since the water will be clean, I will be safe from waterborne diseases.”

Explore some more of our work across the country: from improving hygiene and access to water in healthcare facilities, to empowering girls to challenge harmful taboos.

An innovative intervention to improve understanding and behaviours around menstrual health and hygiene for people with intellectual impairments and their carers.

Learn more about the campaign

Hygiene – especially handwashing and other key behaviours – is the first line of defence in protecting people from COVID-19 and reducing its spread.

Turn the tide: the state of the world's water 2021

Exploring the impacts of climate change on access to water, especially for communities who – like many in Nepal – are vulnerable to climate- and water-related hazards.

Our work in Nepal

Discover more about how we're working to reach everyone in Nepal with clean water, decent toilets and good hygiene.

Explore our work in Nepal