Rebuilding castles in the sand

Stories from the most climate-vulnerable regions of Bangladesh.

And the trees.
And most of the mud houses.
And the livelihoods of the people.

It was on May 19, 2020. Ward No. 6 of Hajrakhali, Sreeula, Assasuni, Satkhira faced extreme destruction and waterlogging, forcing residents to evacuate to cyclone shelters and nearby villages – not for a few nights, but a whole nine months.

“We lost everything that night. Walls and roofs of our houses were broken; there was no safe water to drink; no food in hand; no sanitation facility and no place to stay. The entire surface of the land went underwater,” said Abdur Rajjak Molla.

“We’ve had disasters before. But in previous years, we could at least stay behind and withstand the after-effects. Residing on this land for generations, we are used to being affected by climate impacts, poverty, and unhealthy living conditions. But cyclone Amphan was different. It was faster and fiercer than ever,” he continued. 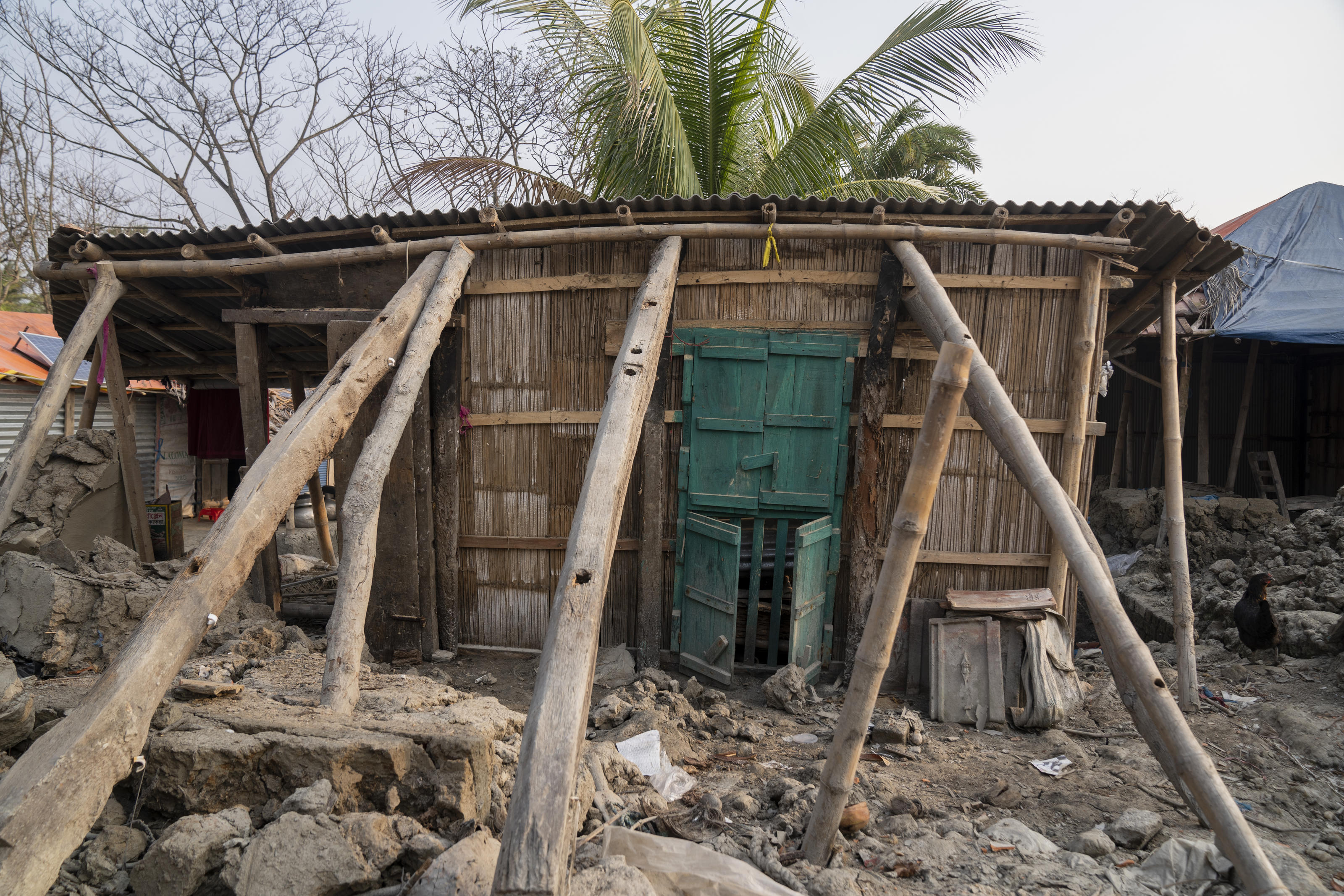 Located in Bangladesh’s southwestern coastal belt, the village has long suffered from severe saline intrusion following a lack of safe drinking water. As Fatema Sultana Keya describes, “As there is no other water source, we buy water from the remote Mariyala area for drinking and cooking. There we spend BDT 15 for every pot of water (one-pot = 8-10 liters), BDT 10 for the boat fares of crossing the river, and BDT 20 for the van fare to carry the water pots to the boats. Every day a family of four consumes one pot of water here. These purchases are costly and the travel is tiring.” 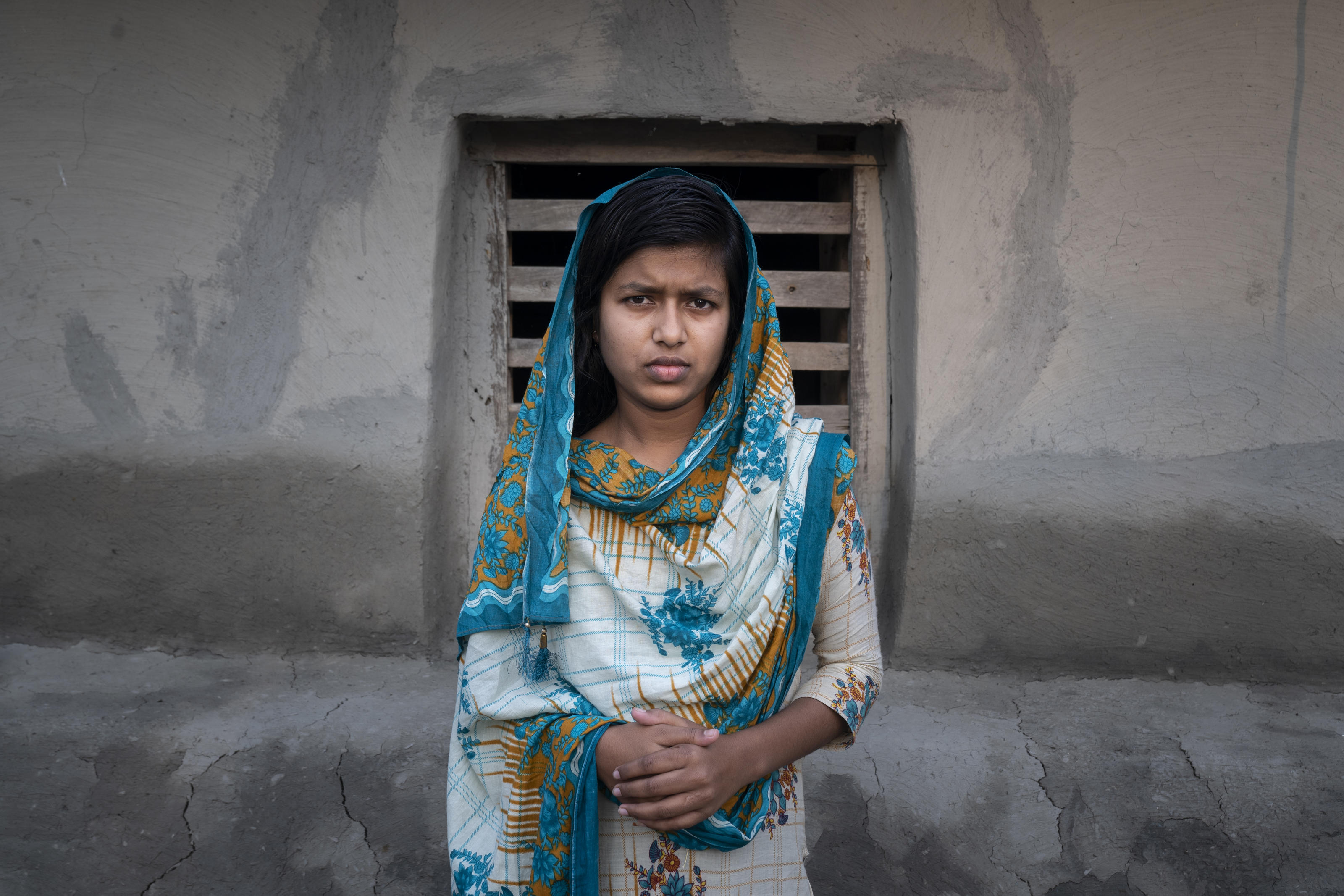 “Our water crisis was just about to be solved. With local government and NGOs’ help, water tanks were installed in our households to store rainwater. But the devastating cyclone ruined everything keeping the area underwater for so long; again, we are back to square one.”

As the climate conditions change almost every year, so did their livelihoods. The Sundarbans as well as the local rivers were at the heart of the community. But now the adverse impact of climate change has resulted in increased insecurities of food, water, life, property, livelihood, and healthcare.

Abdur Rajjak, and many families like his, hardly has enough resources or financial stability to deal with the aftershock. They rebuild, over and over, until the next wave of calamity hit. Much like building castles in the sand. Or rather, houses in a cyclone. 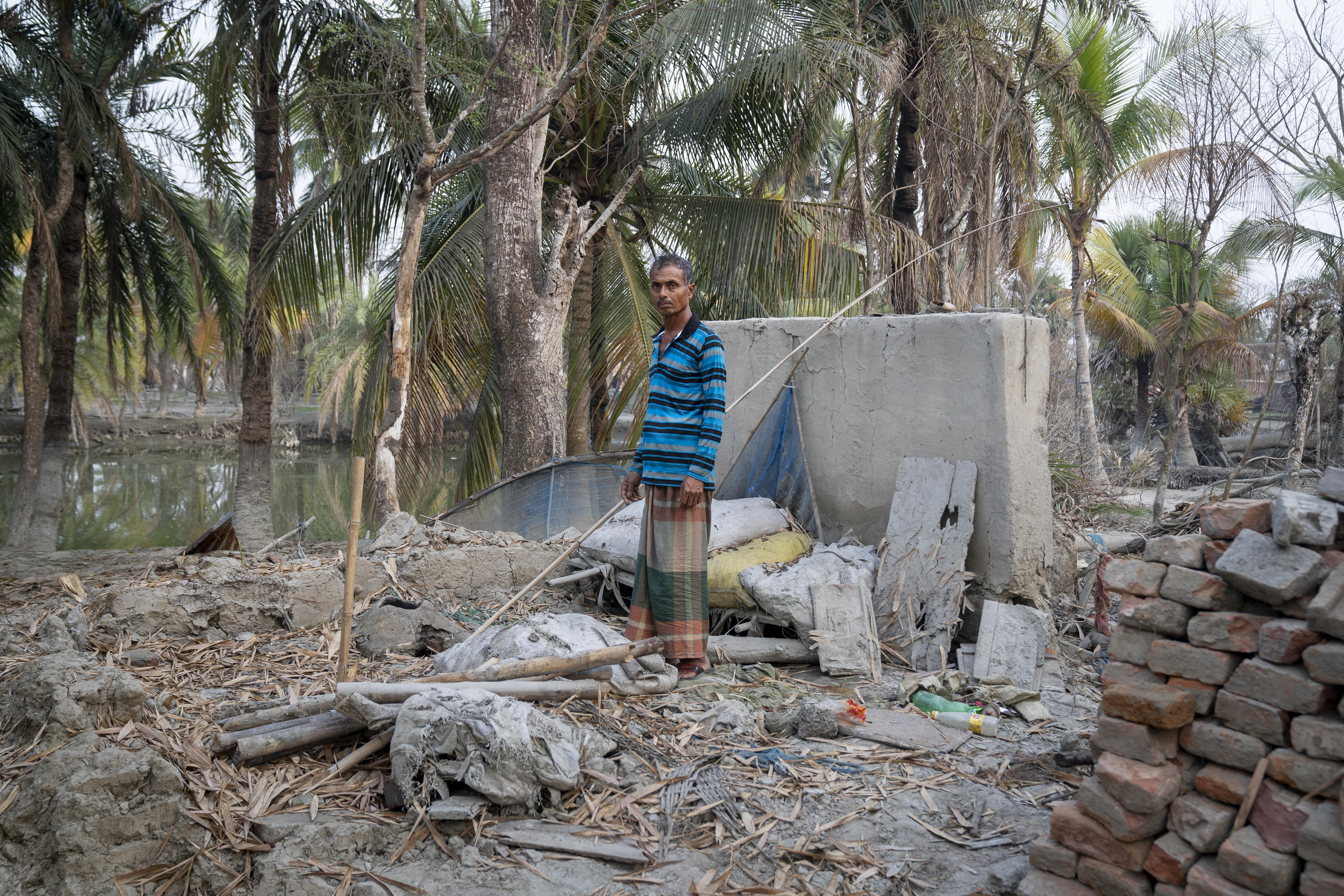 Abdur Rajjak Molla (60) and his family lost everything to Cyclone Amphan. Their houses' walls and roofs were broken; they had no safe water to drink, no food, no sanitation facilities, and no place to stay. They had to move out as the entire land surface went underwater.
WaterAid/ Drik/ Suman Paul

The climate crisis is a water crisis. Join us in our fight against climate change through building a global voice to influence policies, funding, and action in favor of the people most at risk.