The Indian capital is both stunning and chaotic – the winding streets, grand boulevards and stately buildings all making a wonderful first impression as I arrived in India for the first time. I have always wanted to visit India and was excited and anxious to travel here with WaterAid Canada. As a professional hockey player and member of Canada’s national women’s ice hockey team I have been fortunate to travel the world competing for my country, but this trip was different. I wasn’t here for training or competition, I was in India as a WaterAid Canada Ambassador.

After having encountered WaterAid on a previous project, I saw that my passion and beliefs fit perfectly with WaterAid’s mission, so I decided to become a WaterAid Ambassador. As an ambassador I raise awareness of their important mission to make clean water, decent toilets and good hygiene normal for everyone, everywhere.

WaterAid Canada invited me to India to see first-hand the situation of women and girls who lack access to clean water and decent toilets. From Delhi we took a two-hour flight to Bihar State, where I immediately saw the reality of what it is to live without regular access to clean water. A long and uneven road connects the village of Churaman Nagar to the nearest city, Gaya, which offered a sharp contrast to the grand boulevards of New Delhi. Churaman Nagar is a 140-household village of predominately mud huts, where the 650 village inhabitants are among India’s most socially and economically marginalized. In this remote village we met a remarkable woman, Shoba Devi, 35. 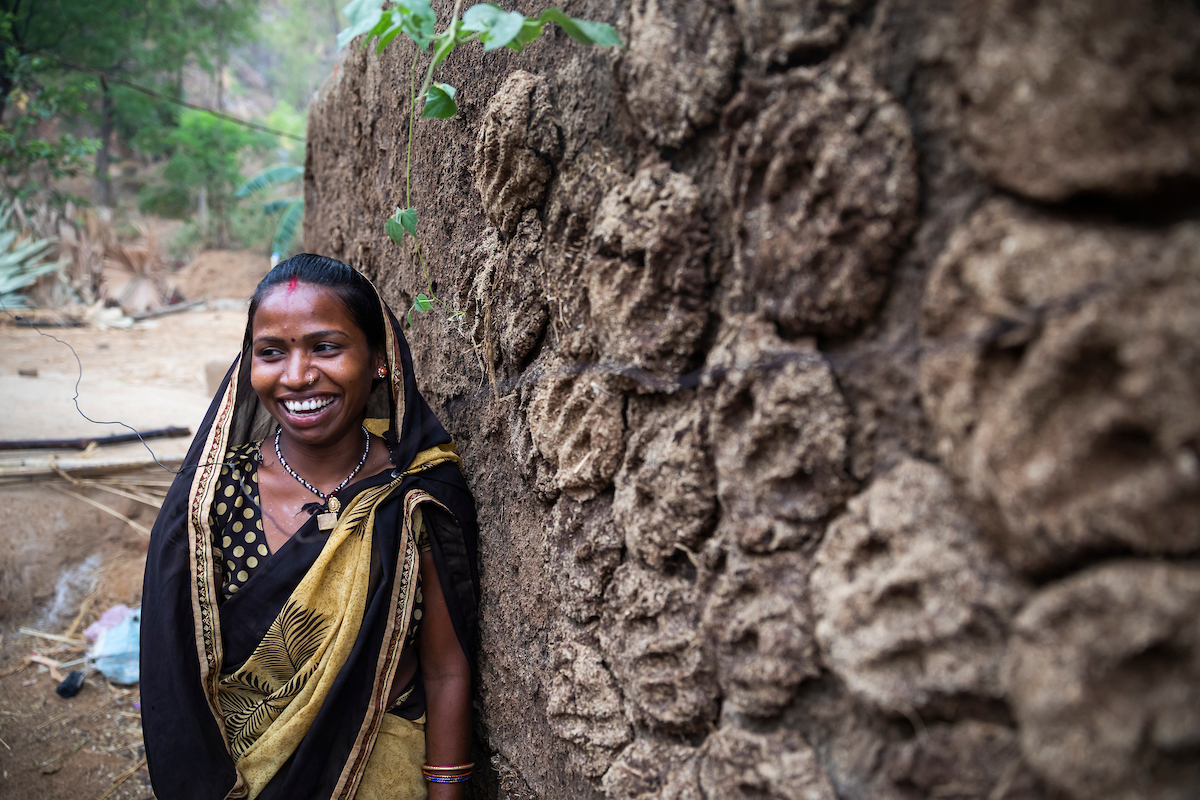 Shoba is a small woman, with a slim build and a beautiful white smile. She appears unassuming but is incredibly smart, tough, and determined. As we sat in her family’s one-room home, we spoke about her daily life and the many challenges she faces. Shoba moved to Churaman Nagar from Gaya in 2001, when she married her husband Sanjay, 37. Shoba is the sole caregiver to her three children ages 5, 7, 10. Her husband Sanjay lives and works as a daily wage labourer in Chennei, more than 2,000 km away.

Sanjay stopped sending money back to Shoba and the children last year and she is uncertain if he will send money again. For the past year Shoba has been working as a daily wage labourer, mixing cement in a nearby district. She was working seven days a week, only making around $5 a day, in order to feed her family and save money for a house. Shoba anxiously wants a house, her own place to live to provide her and her children a safe home. She is constantly worried that the authorities will evict her family from the unauthorized land her house is built on, leaving them with nowhere to go.

I was were sorry to hear from Shoba that her work mixing cement has recently stopped, and that her family has been suffering. It’s very difficult to find work in the Churaman Nagar area, which has meant that Shoba had no choice but to start working as a labourer in a quarry doing the extremely dangerous job of cutting stone. Shoba symbolizes the enormous potential that could be unleashed if women and girls in this village had access to economic opportunities and basic resources — like water, healthcare and education. When women are given opportunities, alongside resources and decision-making power, they not only improve their lives, but the lives of their families specifically their children and their communities. 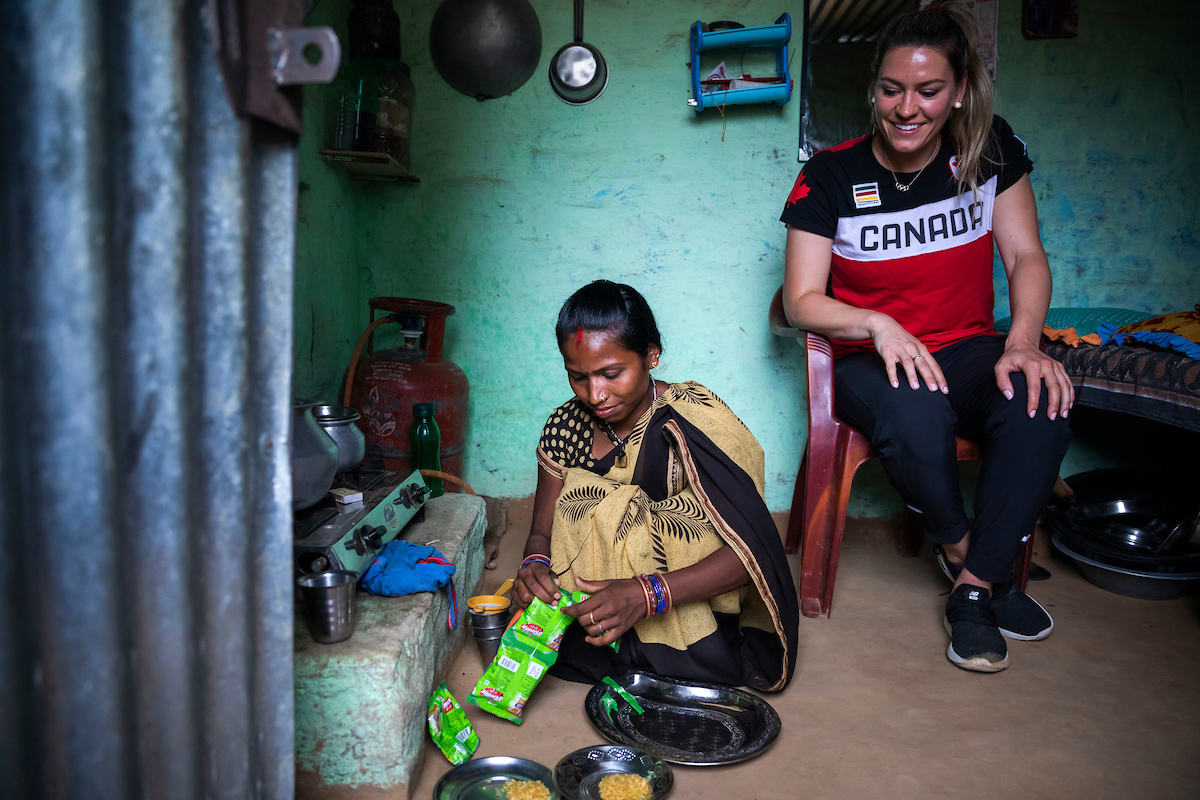 Like many women in India, Shoba is the family’s water carrier. The village has intermittent electricity, which means that the water tap outside Shoba’s house works sporadically. When there is no electricity Shoba must walk 30 minutes, five times a day, to a distant water source where she stands in line to collect two buckets of water and then carries them back home. Churaman Nagar faces significant challenges, providing safe and sustainable access to clean water. The area is highly susceptible to recurrent drought in the summer, is suffering from the effects of climate change and due to its rocky geographic location chemicals seep into the soil, contaminating the ground water.

As I witnessed, it's the poorest communities like, Churaman Nagar, that are impacted first, and most devastatingly, by climate change.
Shoba, like most villagers, prefers to use the water from the water tap outside her home, as it affords her the time that she would usually spend collecting water. The water tap is the community’s source of water for drinking, washing, cooking, and bathing. Unfortunately, the water is heavily contaminated with fluoride, making these families extremely ill after prolonged consumption.

As I saw for myself, many adults and children in Churaman Nagar have physical deformities, including bowed legs, due to fluorosis, which is caused by drinking water that contains dangerous levels of fluoride. In Churaman Nagar, the ground water that comes from the water tap, which is overseen by the local village council, has 16 times the acceptable level of fluoride.
“The water is hard, it does not have a good taste, and it effects our children,” said Shoba. She doesn’t know why the water affects her community negatively, she only knows that “children go lame from drinking the water.” She may not know how the water is contaminated, but she explained “the water is not good, but we cannot survive so we will drink it.” For most of us, it is difficult to imagine what it is like to live without clean water; drinking a glass of clean water is something we take for granted. 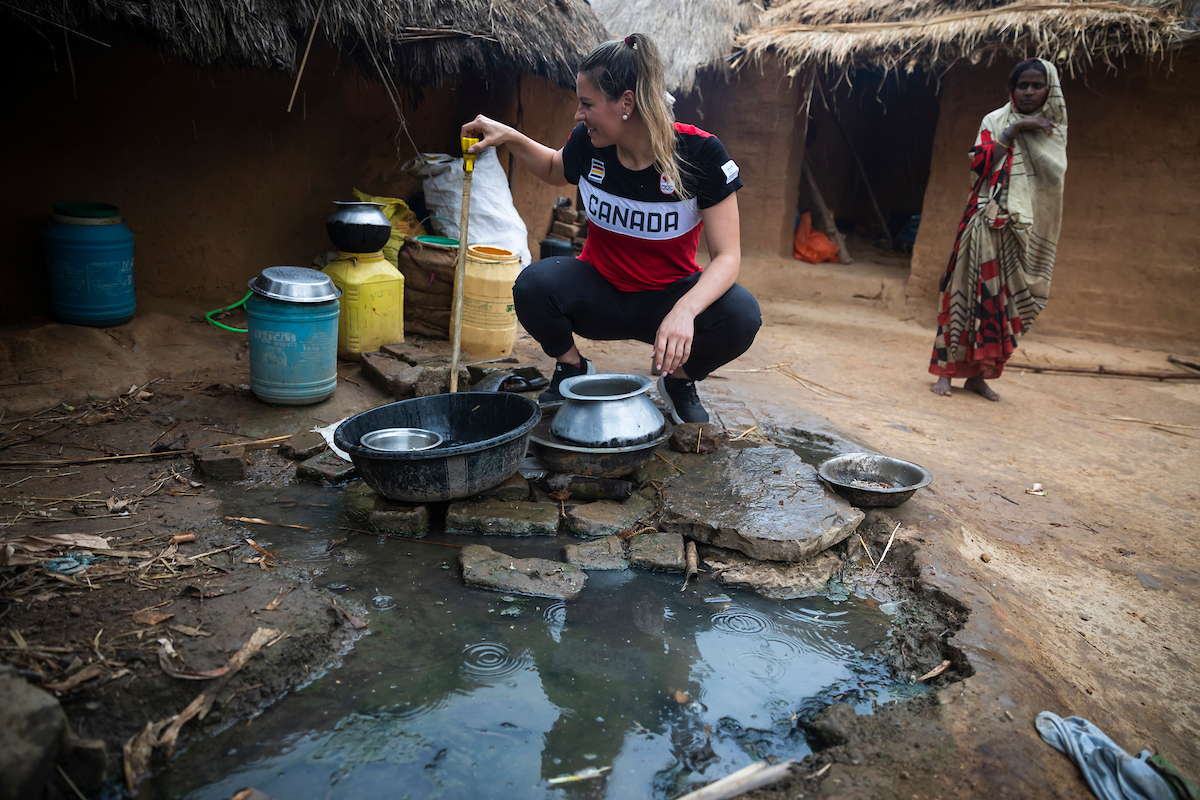 Fortunately, Shoba’s children are still healthy and haven’t been affected by the fluoride exposure, but she worries that overtime her children will develop severe health problems, like many other children in the village. She told us her hopes are for her children to grow up healthy and have a better life than the one she's had. She insists her daughter, Mamta, 10, attend school instead of doing chores, working or collecting water. Mamta dreams of being a nurse and knows her only opportunity to leave the village will be through either marriage or education. Shoba hopes education will grant Mamta a better life and prays all her children will get the education she did not; Shoba believes that "nothing but education can change my children’s life.”

Traveling with WaterAid Canada to India, where I had the opportunity to visit communities full of wonderful people like Shoba, was a great privileged. The trip opened my eyes to a world beyond my own. I hope that my partnership with WaterAid Canada continues to provide me with opportunities to share these stories with others to raise awareness of the need for clean water, decent toilets and good hygiene for people like Shoba and her family.

Transforming lives through clean water in Madagascar with Aveda Canada

We never even think about the water we brush our teeth with, cook our pasta in or drink straight from our taps.

In May WaterAid Canada Ambassador Natalie Spooner traveled to India, to see first-hand the situation of women and girls who lack access to clean water and decent toilets.

Having access to safe, clean water is transformative. It opens doors to education, health, nutrition and offers women and girls opportunities to fully contribute to their communities.