Water Warrior: A Tale of Survival

Gololcha woreda is one of the administrative districts of Bale Zone. It lies 120km from the zonal capital Robe, and 550km from the centre of the country, Addis Ababa.

According to the local government data, the clean tap water coverage of Gololcha woreda is 48%; however, according to a study done by WaterAid, the coverage is only about 19%. This discrepancy is mainly due to the functionality of the tap lines. People also collect water from springs, wells and artificial ponds. For many, collecting water from these places has been dangerous.

I have stopped collecting water since that bad moment. My leg doesn’t allow me to move as I used to,

says Memuna Malima, 65. Memuna is a mother of four and lives in Buriya Kebele with her children and grandchildren. Like most women in Ethiopia, Memuna is also responsible for taking care of the household chores. One of her day-to-day activities used to be collecting water from a hand-dug water well in her village. Carrying 20 litres of water in a jerrycan on her back was Memuna’s daily chore, and she used to do this more than five times within a day. However, one day a very sad incident happened which changed Memuna’s life. As usual, she went to the well carrying her jerrycan to collect water, and she was standing by the edge of the well to pull jerrycans full of water out of it. However, that day the edge collapsed and four women including Memuna fell into the well. One of the women died, and the three who survived were badly injured. Memuna broke her leg and since then she hasn’t been able to do the things she used to and can’t move from one place to another easily like before. 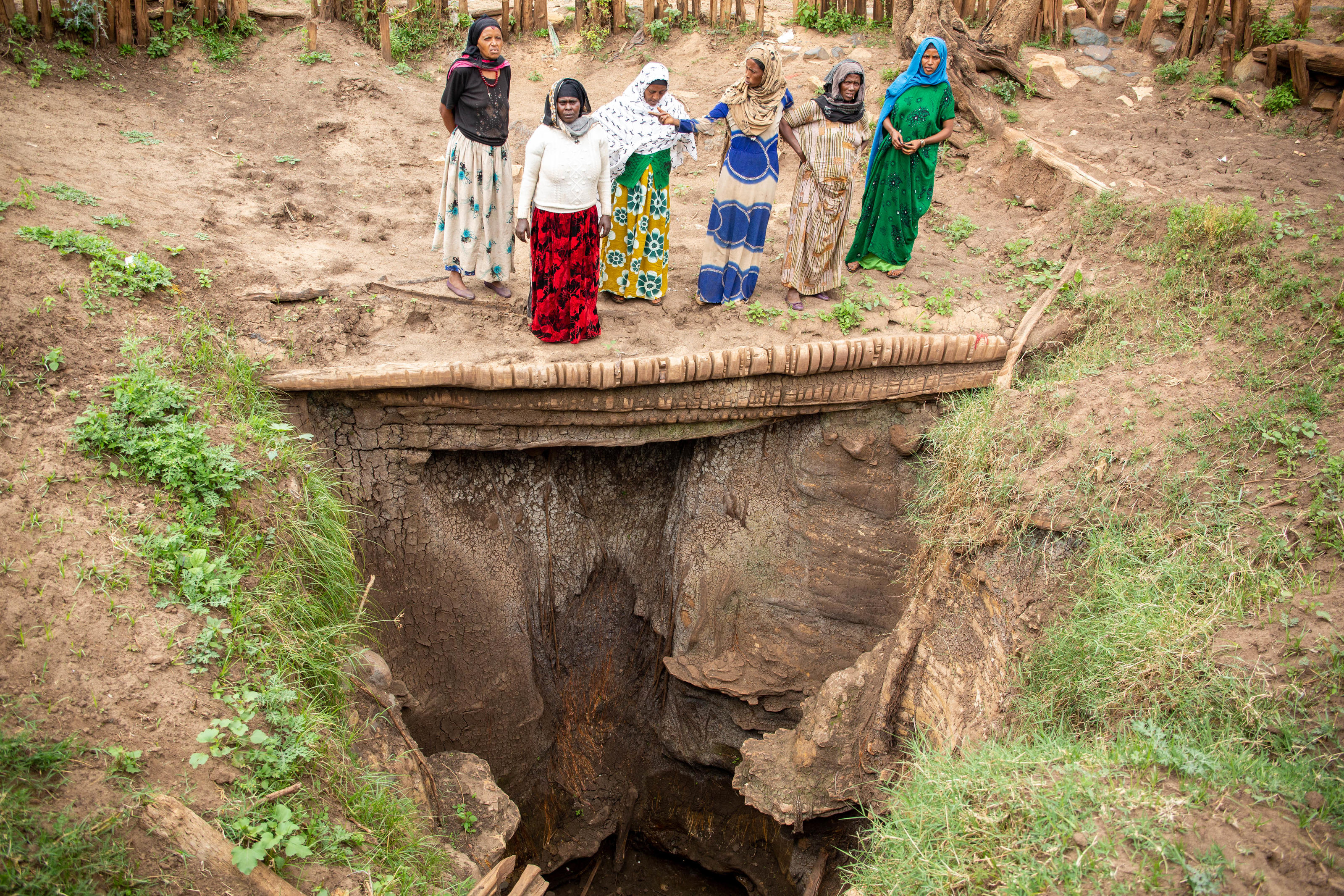 Speaking of the bad experience, Memuna says ‘I was one of the lucky mothers who survived that bad incident. One of the mothers, who was also friends with us, died because she fell into the well and she couldn’t easily be saved. She was a mother of four. We felt very shocked when we learnt that she died. It was a heartbreaking moment for all of us. The well is so deep, and she couldn’t survive.

The neighbourhood didn’t want to get water from that well after they learnt of our friend’s death. They waited until the water in it was fuller but couldn’t completely avoid it as it was our only source of water."

Now, Memuna’s village has access to clean water and there is a water point near her house. This made life easier for Memuna’s family as it was impossible for Memuna to go out and collect water for her family because of her injury. Memuna and her family are very grateful to WaterAid for its support in providing access to clean water in their village.

I am very much excited because now my family can access clean water near our house. It really makes our life easier.

Through the sustainable water, sanitation, and hygiene services at Scale (SusWASH) project which is implemented in Gololcha District of East Bale Zone, Oromia Regional State from April 2020 to March 2022, WaterAid provided access to clean water for Memuna and the people of Buriya Kebele. The project aims to provide access to WASH services for 25,580 people during its first phase and 17,740 people in the second phase. 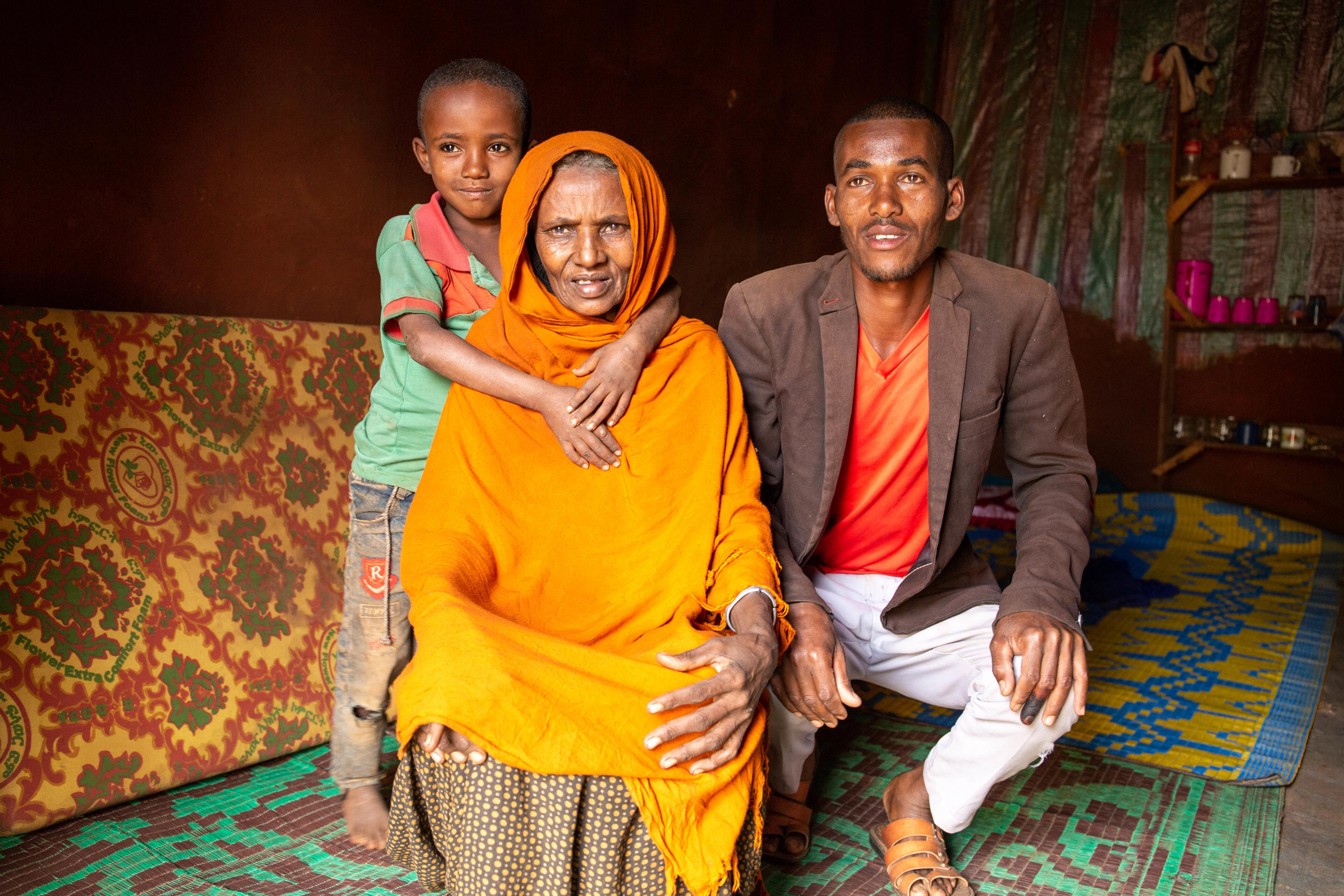 Helme is a 65 years old widow residing on the outskirts of Burie town, with her only child Amaru. Helme experienced daily problems as an elderly woman living alone.

Fantanesh Admasu is a 50-year-old woman who lives on the outskirts of Burie town. She has lived in Burie since she was 8 years old.

Life is easier with water

Asmare Arega, 80, is a nun who lives on the outskirts of Burie town. Asmare used to live in a plastic house until the community banded together to build her the home she now occupies.