Friendship is More Important Than Caste

The folk of Lasudiya Chhatradhar village of Dewas district of Madhya Pradesh have become quite used to the sight of two women walking through the alleys, knocking on doors and asking questions. Although they are veiled, their friendship is obvious to everyone who sees them. Sapna Diwana, 26 and Kanchan Jadav, 35, have been going from house to house for the last three months, conducting a water use survey for WaterAid in their village. They have been tasked with tabulating the daily consumption of water and identifying the water sources being used by each household. “We have collected information from about 80 households already,” says Sapna. “We have about 90 more to go!”

Collecting this data has not been easy in a village where people are wary of answering any questions. “Many demand to know why we want to know all this,” says Kanchan. “Sometimes they try to shoo us away saying this is none of our business!” However this is where their experience in the Anganwadi comes handy (Kanchan is the Anganwadi karyakarta, worker) while Sapna is an Anganwadi sahayika, helper). “Because of the nature of our work, providing healthcare, vaccinations and more to mothers and children, we are quite used to poking our noses in other people’s business,” laughs Sapna. Moreover, the training they have undergone through WaterAid in water security and conservation has made them aware that the survey they’re carrying out is crucial for the setting up of an efficient water supply management project in Lasudiya Chhatradhar. 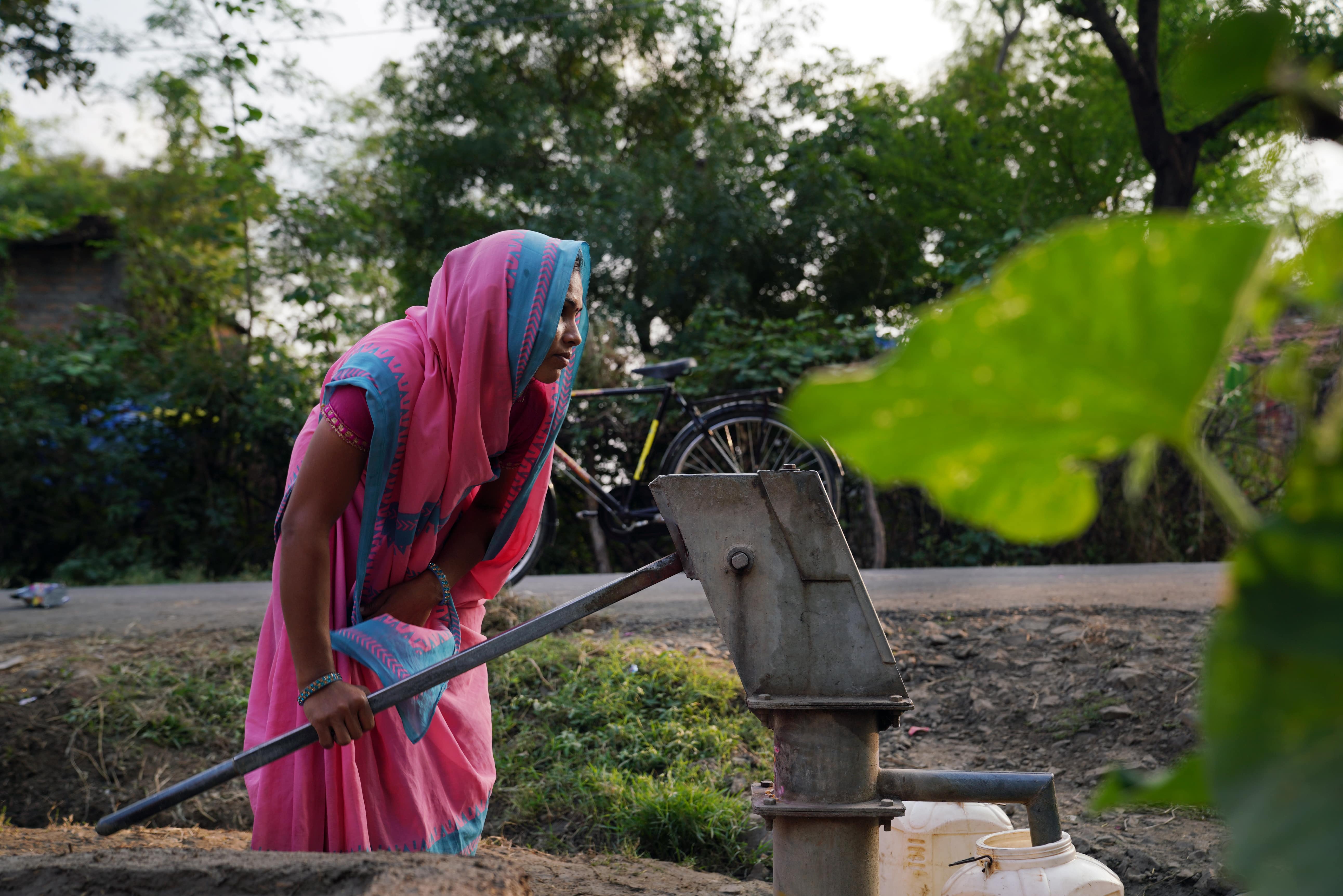 Neither woman knew much about the need for water conservation before they were trained to carry out this survey. “Now I think, if training could transform me from a person who thought nothing about wasting water to someone who religiously even recycles the water from the kitchen in the toilet – it’s my duty to influence others in the same way!” says Kanchan. Sapna agrees: “My own case has shown me that people often waste water because they don’t know water is a precious resource that needs saving,” she says. Consequently, both friends have become water evangelists who educate their community to save water however best they can. Sapna herself spends as much as two hours at a time to fetch six fifteen-litre buckets of water from the hand pump every day. The days that she’s unable to fetch water, her husband, a mason, returns from a tiring day at work to fetch water on his bicycle. “I feel that women like me, who are forced to carry heavy buckets of water for household use, are naturally frugal,” she says. “But richer households with personal bore wells tend to believe that when water is so freely available to them, why should they not use it freely too?” 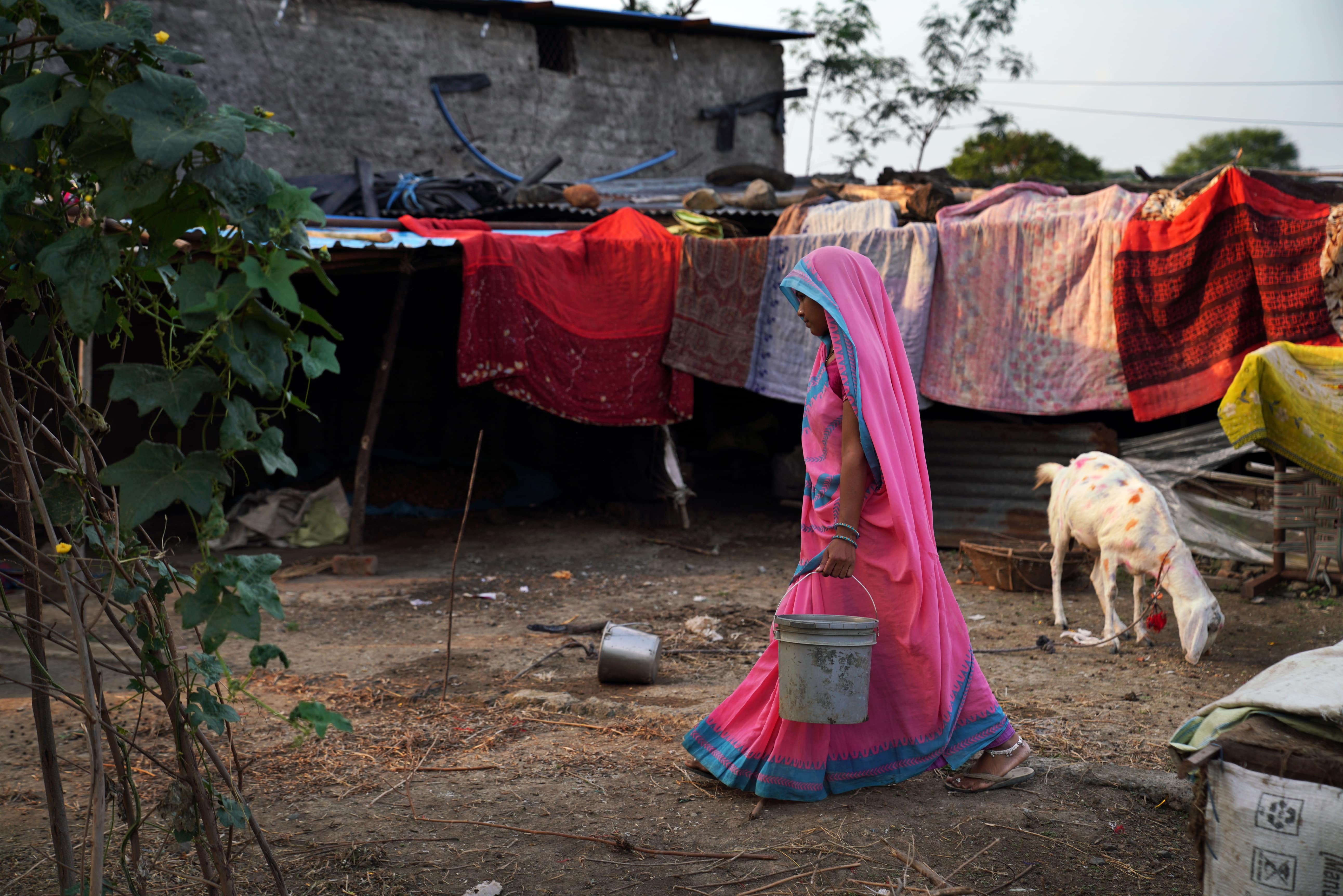 When faced with such situations, the two women derive great support from each other. “We always go to do the survey as a team,” says Sapna. “And so we try to change people’s attitudes towards water use together!” Both have also found support among their families and this has helped empower them further. “Although they insist we remain veiled in front of strange men, our families feel quite proud when we go for trainings not only out of the village but to other districts as well,” says Sapna. Kanchan however points out that the village community isn’t as supportive. “Sometimes I wonder how much more the two of us could have achieved if we didn’t have to veil ourselves…” she muses. 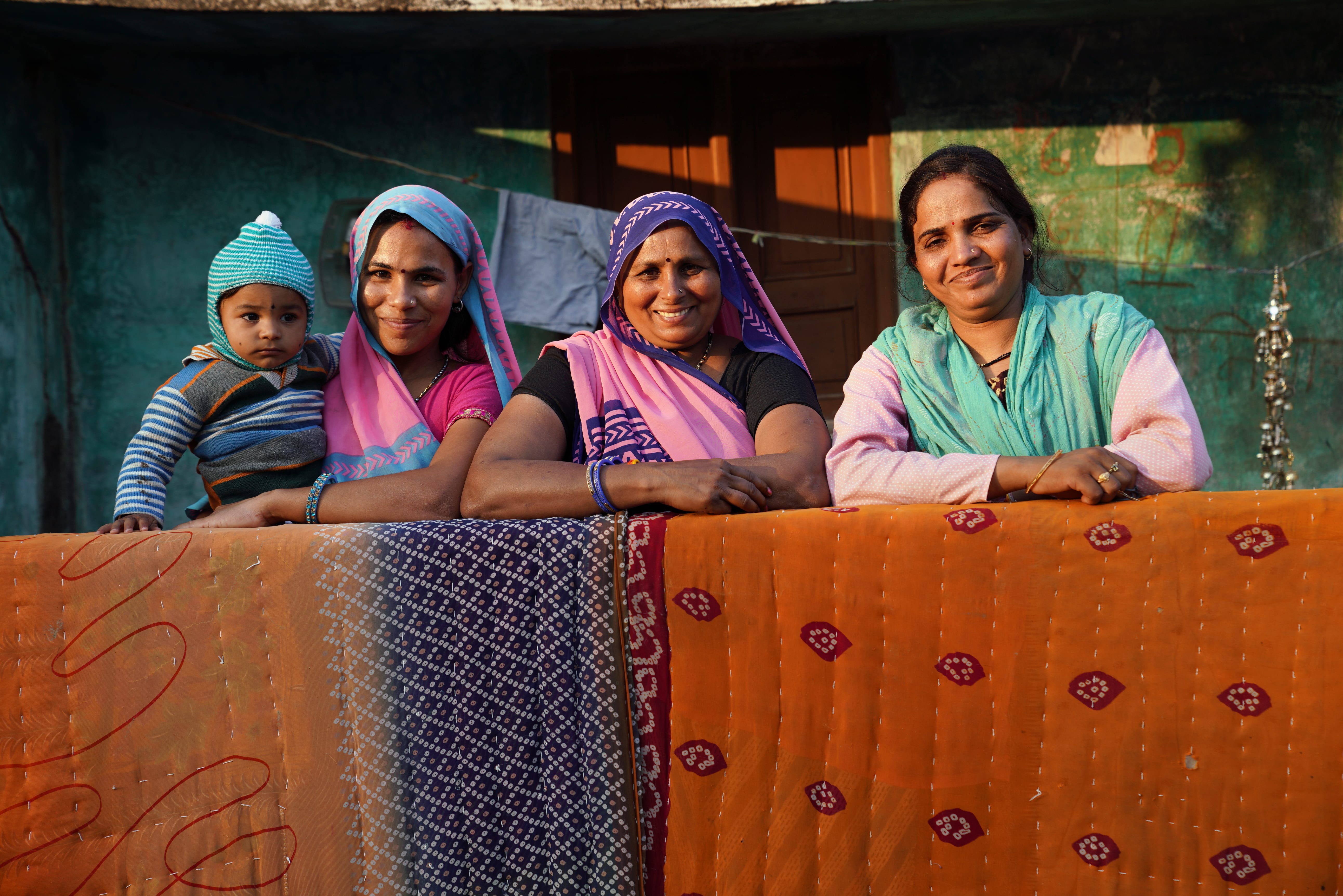 The veil hasn’t deterred them from breaking other village conventions. Over the years, working in the Anganwadi together on a variety of community initiative has cemented the friendship between the two women, although Sapna belongs to a scheduled caste. “Traditionally, women like me from upper caste families would never even talk to women from lower castes as equals,” says Kanchan. “But Sapna and I spend all our working hours together and eat together every day.” Kanchan even invites Sapna to her house albeit only when her conservative mother in law is away! “We respect each other because both of us are doing what we can to make a community a better place, says Kanchan. “Our friendship has melted away the barriers of caste...”