Sheroes: Taking Control of Their Water Use

35-year-old Lila Pawar wakes up at the crack of dawn to make lunch for her husband, two sons, daughter and herself. Then she bathes, gets ready for work and walks a couple of hundred meters from her house to switch on the submersible pump hanging on a neem tree. Her neighbours, already queuing up to fill water from the pump, raise a cheer. For the next two hours, as people fill their buckets, Lila keeps a watchful eye, ensuring no water is wasted. As soon as the last bucket is filled, she switches off the pump. Her son is waiting on his motorcycle to drop her off to IIT Indore where she works as a contract laborer. “And that’s when my day really begins...” she smiles.

President of the Water User Committee in Memdi village (Mhow block of district Indore, Madhya Pradesh) since 2014, Lila has worked tirelessly to ensure that her community gets ample water twice a day. “Our lives transformed ever since this pump was installed,” she says. “Now it is our job to operate and maintain it.” The twelve women in the Water User Committee have their work cut out. Initially, they underwent training to operate the pump and perform simple troubleshooting. This was challenging in itself as most of these women aren’t educated and none had any prior experience with handling such equipment. “But we were all keen to learn,” says Lila, “and so we did!” One of them is always present when the pump is on, two hours each in the morning and evening. The heavy submersible pump has to be lowered or pulled up every now and then depending on the level of ground water. And if it needs to be repaired, they have to pull it out completely, disconnect it and take it to the local market for repair. “Its hard work, as the pump is heavy,” Lila says. “All of us use all our might to haul it up -- but we never call the men to help us...” 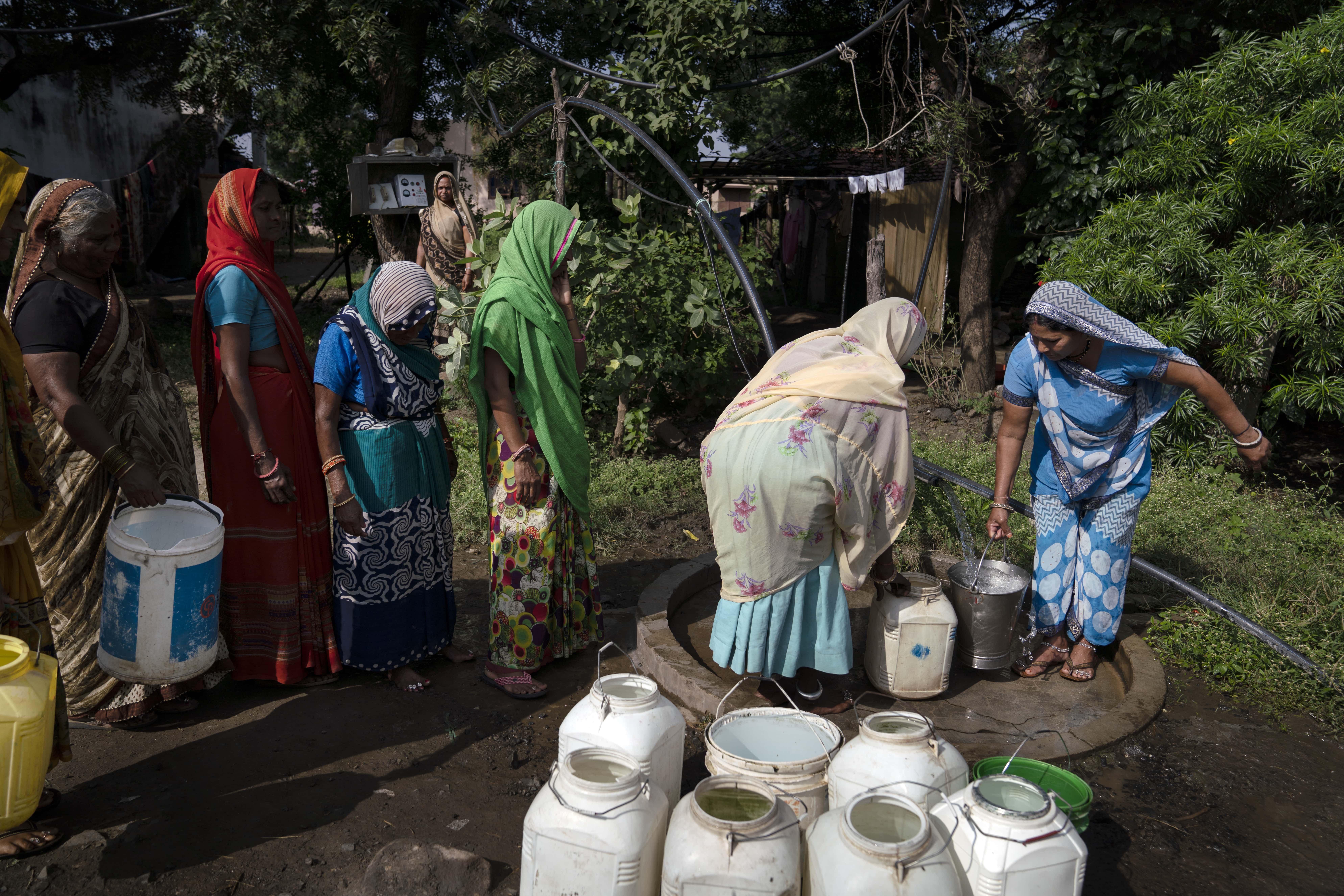 It’s a lot of work, but the committee members believe it is well worth it. “Before we got this pump, at least a hundred families used to depend upon a single bore well,” Lila recalls. “That is why today, even though all the members of the committee have to juggle housework and daily wage labour, they do it with pride...” The committee members have bonded well over the years, and often stand in for each other when needed. “I know that if one day for some reason, I can’t switch on the pump, I can call upon the others to do so,” she says. “This cooperation has created between us, a beautiful sense of unity.”

Today, Lila and her committee friends dream of getting a tank installed next to the pump. “Imagine how convenient it would be to fill the tank up and have access to water the entire day!” she says. Even in her dreams, however, she can’t imagine having water piped to her doorstep. “It would just cost too much money,” she sighs. “I think a tank will be good enough for us...” 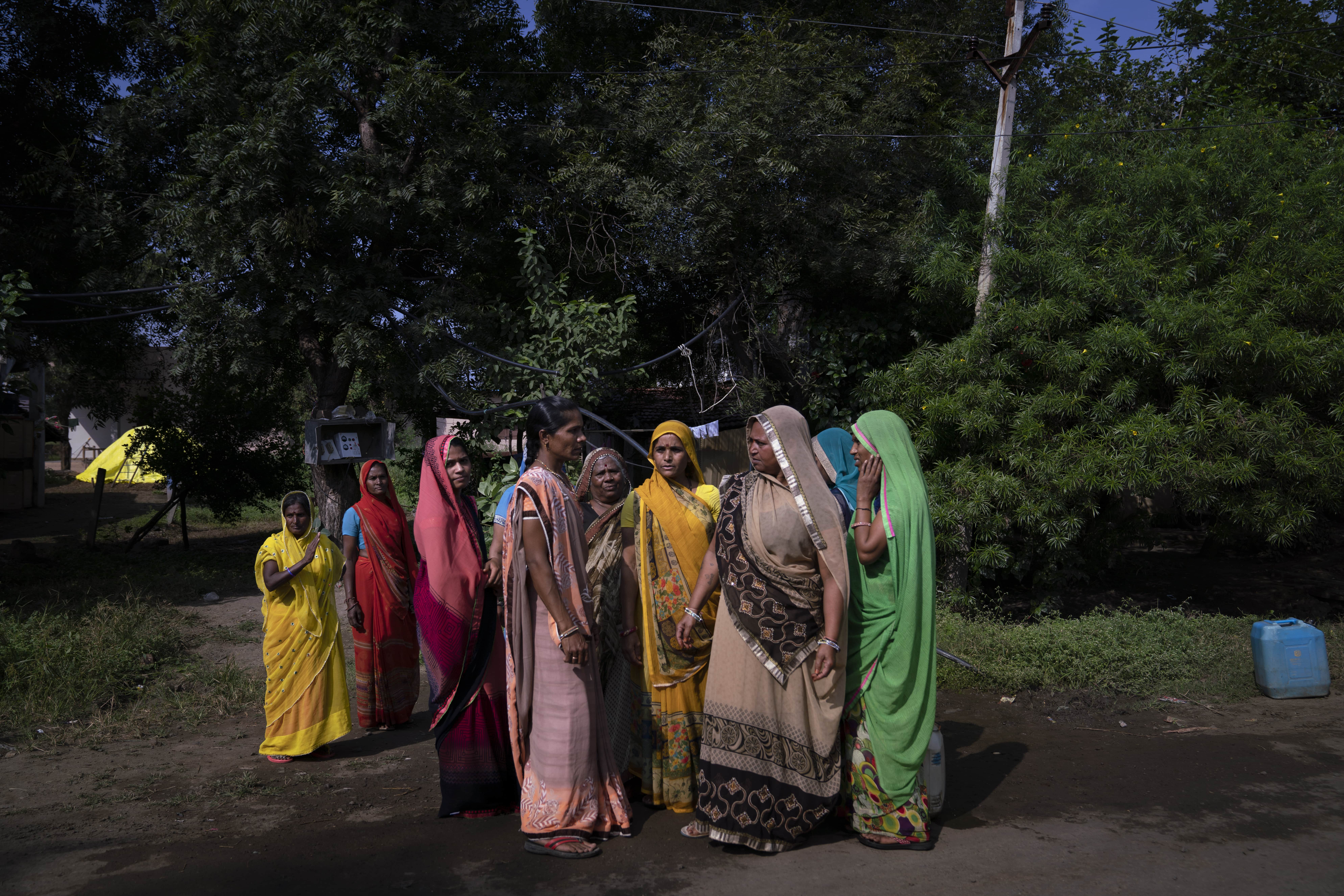 When Lila returns home after sunset, bone tired from her day’s labour, she cleans the house and cooks dinner for the family. She estimates that she spends at least five hours a day on housework alone. “Some days I also have to switch the pump on again in the evening,” she says. But the respect and admiration from family and neighbours keeps her motivated. “Even my children feel proud that their mother is doing some really good work,” she smiles. “And that makes me feel all my hard work is worthwhile!” However, there’s a bigger incentive that keeps her going, even when sometimes the sheer number of things to be done becomes too much for her. “I’ve heard so many stories from my mother and grandmother about having to spend their entire day fetching heavy buckets of water and being completely dependent on bore wells that would often dry up in the summer,” she says. “It feels really good that at least now, and at least in Memdi, women have complete control over theirwater supply!”