A New Life for their Lifeline

Till a few years ago, the sight of people carrying heavy 20 litre drums of water to their homes from the Bhaladunga spring a few 100 meters below, was common in Tinacre Village in Barnesbeg Tea Estate, Darjeeling, West Bengal. The village, close to the bottom of the mountain, which is dotted with Barnesbeg’s tea bushes, used to depend upon this one water source. The narrow dirt path to the spring, was a steep walk downhill, with tea bushes on either side. “Walking back uphill with two 20-litre drums in either hand was even harder,” says local resident, 41-year-old Sabinay Shankar. During the rains, the path would get slushy and slippery. As it was open and unprotected, its water also used to get muddy and contaminated. “But that’s all we had access to,” he says, “and we were grateful for it.”

In the dry summer months, when the spring water ran low, he and other Tinacre residents often went without water. As a tea garden worker, Sabinay could not afford the expense of a private pipeline which many of his neighbours had installed. “I was totally dependent on the Bhaladunga spring for meeting my family’s – my wife and two teenage children’s -- water needs,” he says.

When Sabinay’s house finally became connected to a piped water supply in 2019, his life became much simpler. “I forgot my water woes -- but not the spring that had been my lifeline,” he says. “That is why when I participated in the Twinings and WaterAid India project to provide access to safe drinking water, improved sanitation and hygiene in July 2019, I suggested they also reinforced the Bhaladunga spring and built a proper reservoir there.” 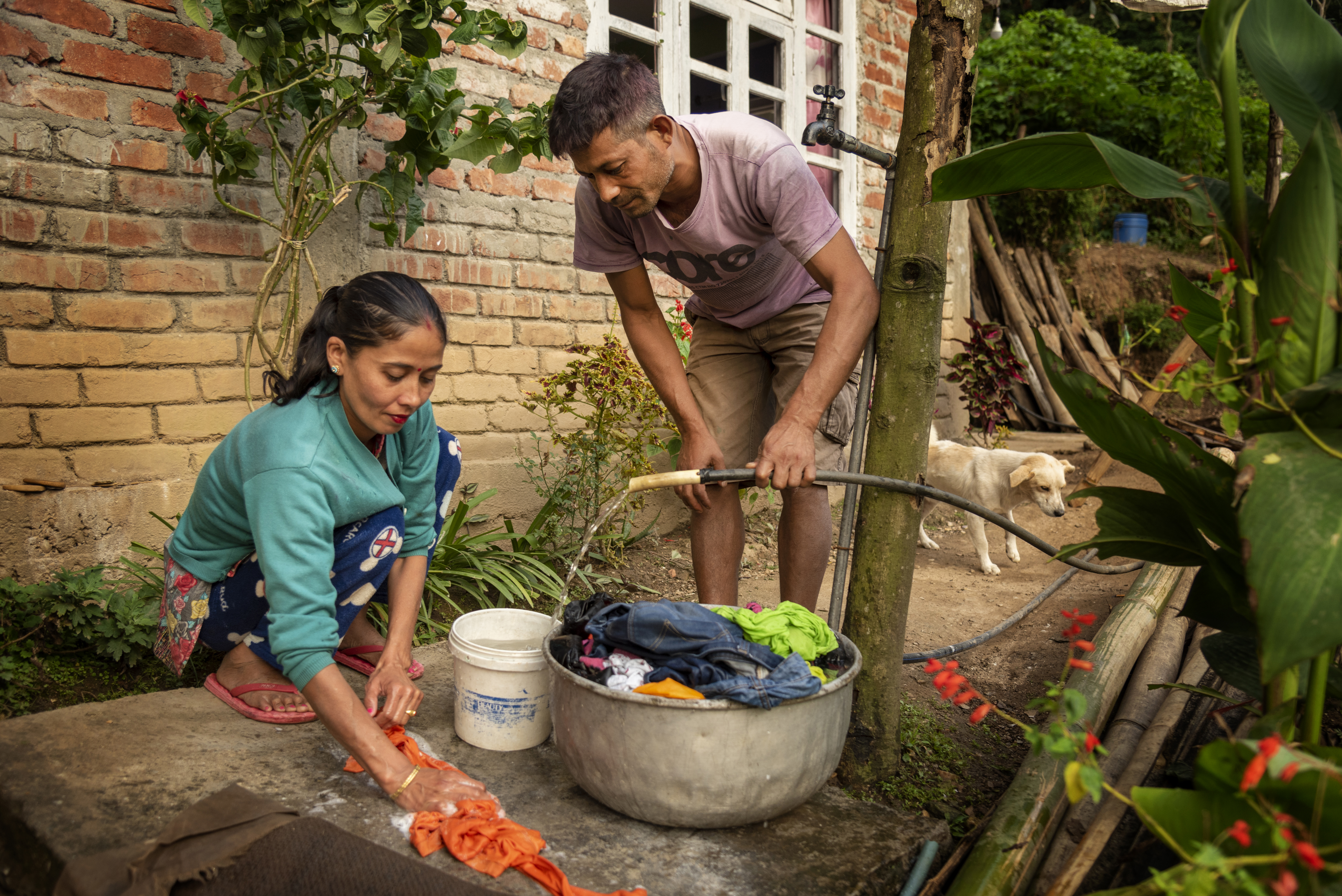 Sabinay with his wife Bishnu (38) as he helps her while washing clothes under their water supply pipe.
WaterAid India/Ranita Roy

Today, Sabinay is contributing his labour to construct a concrete platform around the spring and a large storage tank as well. “I carried cement, bricks and other construction materials down to the spring,” he says. “And now the platform we’re constructing will safeguard its water from fallen leaves, muddy runoffs from the rain, and more.” As a community leader, he has also helped in mobilising his neighbours to contribute their labour to the project that will ensure Bhaladunga remains a viable alternative source of clean water in Barnesbeg. “It’s the least we can do,” he says. “For generations this spring has sustained us, now it’s our chance to protect it!” 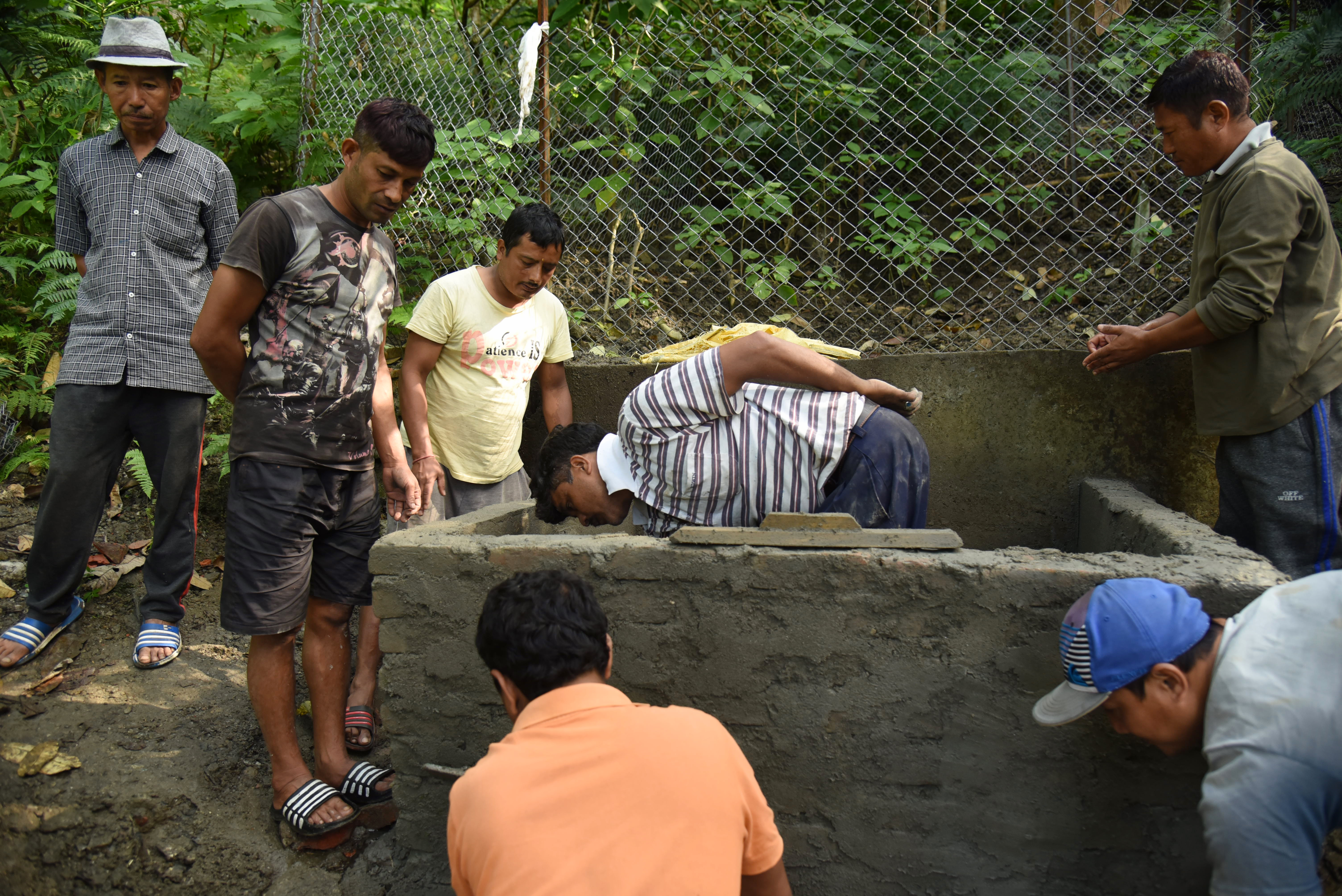