The Breaker of Period Taboos in Barnesbeg’s Tea Gardens

Every day at 4:30 pm, Mamta Biswa returns home after a day of tea plucking to her house in Godamtar in Barnesbeg Tea Estate, West Bengal. With a bright smile on her face and a trusty conical basket on her back, she stops to chat almost on every doorstep she passes. “They all know me,” she says. “I talk to all my neighbours about sustainable menstrual health management practices. And they often come to me for advice…” Mamta is a peer educator in her village and has undergone training and workshops on menstrual health management as part of the Twinings and WaterAid India project to provide access to safe drinking water, improved sanitation and hygiene.

“I have personally learnt so much from this training!” she exclaims. “I think the biggest learning has been that so many women’s problems like excessive bleeding, cramping and white discharge can be so easily treated with medicine — if only women would talk about them openly! I feel my biggest job has been to normalise talking about menstruation and reproductive health problems in my community!”

Her two girls await her return, sitting on the veranda with their dog and chickens. They rush to bring her tea when she enters the yard. The three of them share a deep bond, behaving more like friends than mothers and daughters. “I have always told them to share all their problems with me because that’s the only way I will get to know about them and do something to help,” she says. “I have seen too many of my gender suffer because they have chosen to keep silent…” In the training workshops she attended, Mamta also learnt that commercial sanitary napkins are not environment friendly as they take a long time to decompose. “Now whether I’m at work in the garden or at home, I advise women to use cloth pads instead and instruct them on the proper way to clean and dry them,” she says.

Her 16-year-old daughter Smriti is also a peer educator and cloth pad evangelist. “All the girls in my school also use these and we talk freely about the changes happening in our bodies,” she says. Recently, her younger sister Kriti (13) got her first period. “It was Shivratri, a big festival for us, and she wanted to go to the temple,” she relates. Earlier, it would have been impossible for a girl on her period to enter the temple. But Mamta and her two girls walked right in and said their prayers. “I told my girls as I tell others that there can be nothing wrong in going to a holy place while bleeding,” says Mamta. “After all menstrual blood is the purest blood of all as it ensures the continuity of all mankind!” 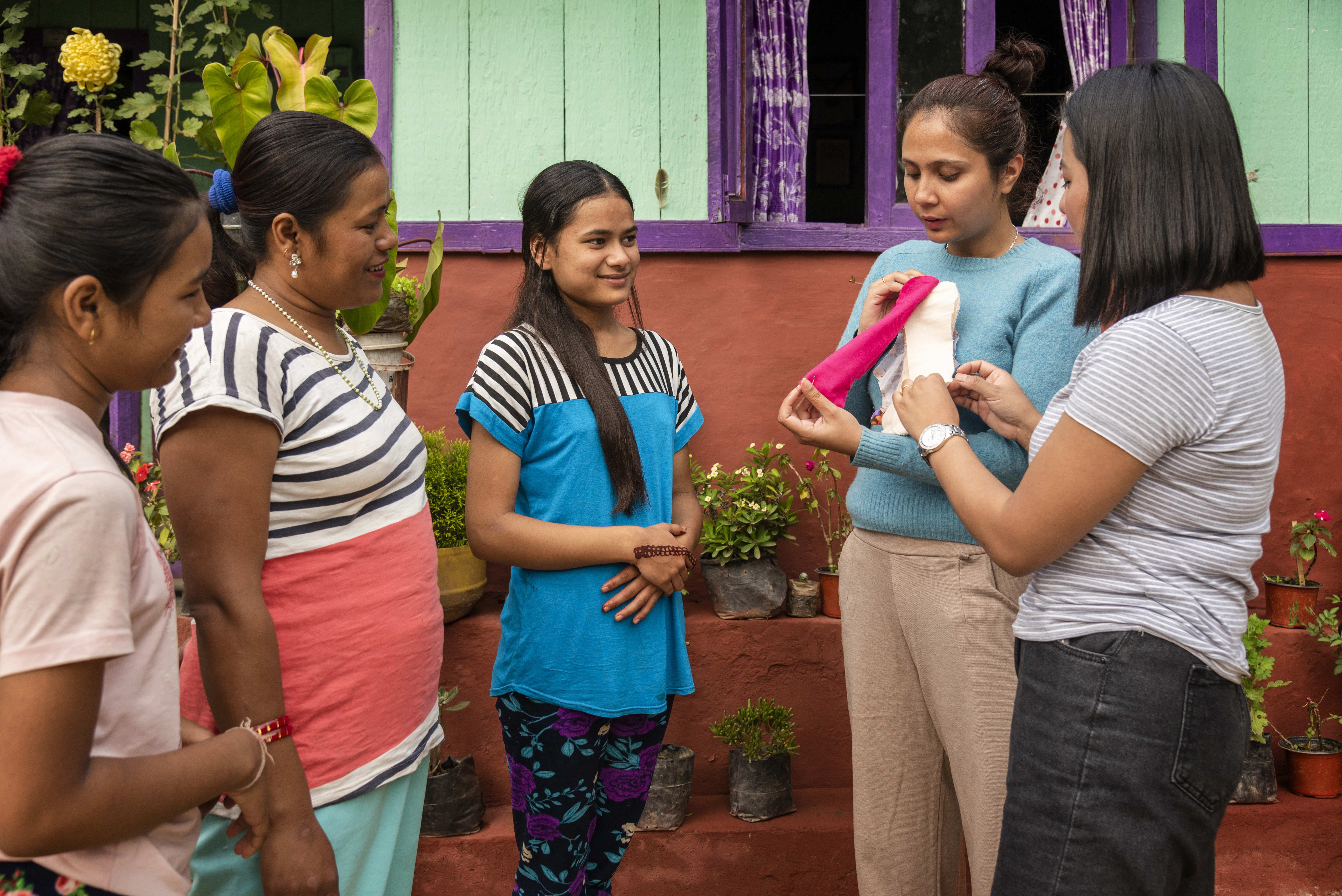 The three of them laugh as they describe the cultural taboos associated with menstruation in their community. Menstruating women were not allowed to go to the temple or perform several religious duties. Also, there was an overwhelming sense that menstruation was dirty and had to be kept hidden. Mamta’s eyes flash as she talks about this. “In my life, I have broken all these rules and nothing untoward has happened,” she says. “I tell all my co-workers and neighbours to do the same thing!” This bright peer educator laughs as she says that once she herself had broken the silence, as well as taboos associated with menstruation, she has begun to feel freer than ever before. “Now, I talk about anything with anyone,” she says, “I don’t feel embarrassed at all!”