43-year-old Rubi Singh is a familiar sight around water sources in the villages of Bhagalpur and Buxar in Bihar. A project worker with WaterAid India, her role is to generate awareness about clean drinking water in these communities. Her job is especially critical because this region in the Indo-Gangetic plain falls in India’s dreaded 'Arsenic Belt'. “I educate people about the hazards of arsenic and iron-rich water, how is it getting activated below the surface, the reasons behind the contamination and how to purify it before drinking,” she says. Although her work is hard and leaves her with little time to spend with her two sons, she is aware of its importance. The region’s contaminated water has had a huge impact on the health of the community as it has led to a sharp spike in cancer cases and the infant mortality rate. “I believe that awareness about clean drinking water will transform the lives of these communities,” she says. “Having seen the negative effects of this water on people's lives, I want to do what I can to help...”

Consequently, this community worker spends her days working on issues relating to sanitation and issues relating to open defecation. These affect women mainly, Rubi finds. “Generally, women come to their husbands’ house after marriage and are exposed to arsenic-contaminated water available here,” she says. “While locals seem to have developed some kind of immunity to this water, newly married women start to develop problems almost immediately.” She is also a tireless campaigner against open defecation. “Toilet access will bring a big change in their lives,” she says. “It will make their lives easier when they’re menstruating and will control the spread of many infectious diseases.” 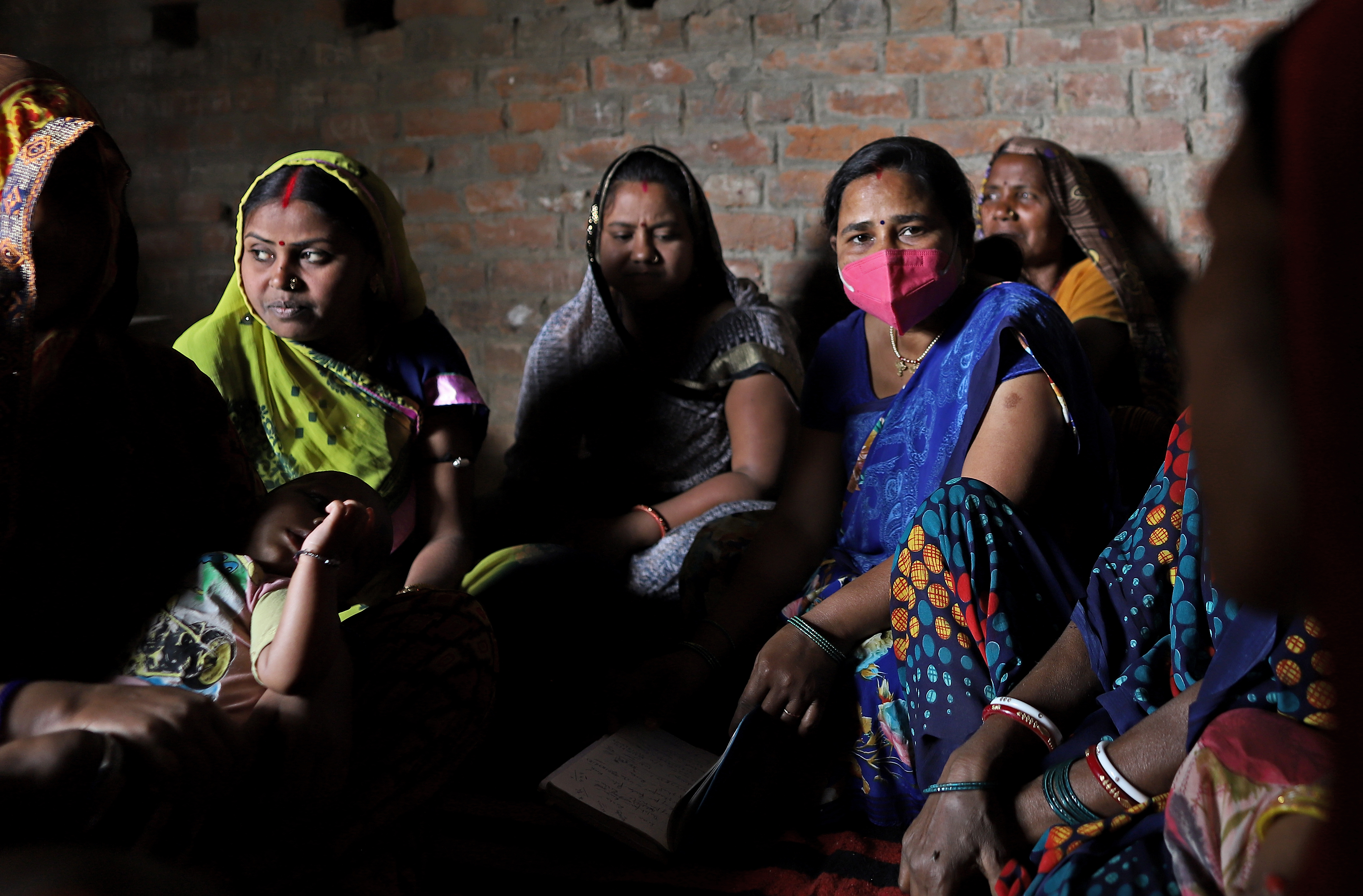 Villagers gather to get a training by Rubi WAI field worker at a village Tilak Rai ka Hata, where people are struggling with severe arsenic contamination in the usable water.
WaterAid India/Anindito Mukherjee

This intrepid graduate is the sole wage earner in her family and has spent over fifteen years working in the development sector with organisations like Sakhi water, JalKalp, UNICEF etc. Experienced in mobilizing Self Help Groups (especially of women), she has the unique ability to develop an easy emotional connection with people. Her motivation to work comes from its visible positive impact. “I see that women who have access to proper sanitation and water are more self-confident and have a better self-image,” she says. “Providing clean water to children in schools will make them fit and they will attend school properly; not only this, but parents will also start sending their kids to school if proper water is made available!”

Rare for women in rural Bihar, Rubi is a feminist and believes it is highly empowering for women to work and be financially independent. “This will enable the community to respect their contribution to home and society and give them the confidence to live among the society as equals,” she says. “It will also ensure that they are not too affected by what people think of them!”

She is very optimistic about their work on clean water access in India’s arsenic belt: “The water situation in all the affected areas is improving every day as more and more NGOs and foundations are now working on it,” she says. “This has helped in bringing this issue in the sight of the government which was earlier not doing much in this direction.” Rubi would like to see more women like her enter the development sector. Women have more empathy and can communicate more effectively with one another, she feels. Most of all, working women are an inspiration to others in the community. “As for me, I go to sleep every night, proud of what I do,” she says. “I’m happy I’ve played my part in contributing to positive change visible around me!”

A Far Way From Shame and Discomfort in Barnesbeg

“When I look around me, I see girls feeling freer than they used to feel before,” says Kesang Lama, a part-time schoolteacher and peer educator.