Stories of women from across India where WaterAid India is working who helped their communities to get access to safe water, sanitation and hygiene. 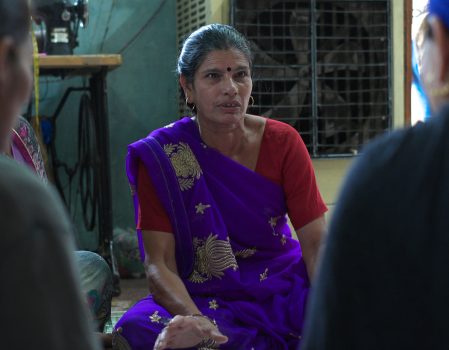 62-year-old Parvati Pawar lives in the Amar Palace locality of Indore. She came to live in the area in 2000 with her son and husband. And it was not until three years back that they got access to clean water at their home. For 14 years Parvati Pawar walked 2 km every day to get water for her family at least three times a day. When WaterAid India’s partner Bhartiya Gramin Mahila Sangh (BGMS) met Parvati, she never imagined that they could get water at their community. She wrote numerous letters to authorities at the water board and even filed a Right to Information petition. When she got no response along with others in the community she held around six demonstrations over a year. It was only then that the officers listened to them and sanctioned a piped water supply project. But still it took over a year for them to get water after that. ''We need to stop taking water for granted. It's everything and I have realised this over my 14 year ordeal,’’ says Parvati. 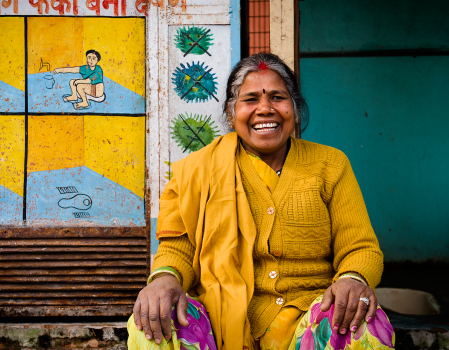 “I work to protect and help the dignity of my community,” says Chanda, a toilet caretaker in Delhi. Chanda’s locality Dalit Ekta Camp used to have no access to safe, private toilets. But after working with our local partner, FORCE, the community was able to gain access to a new safe toilet block. Chanda now works to keep the new facilities spick and span, and to help ensure her neighbours are safe and healthy. 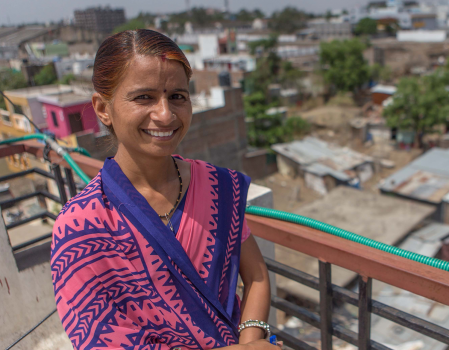 Access to information on menstruation means better access and better management of periods by girls. When Urmila Panchal, an anganwadi worker in Madhya Pradesh used to meet mothers they were often shy to discuss menstruation openly. But regular information sharing and discussions made them realise that menstruation matters. “I used to meet a lot of mothers and tell them about the importance of safe menstrual practices. Most of them found value in it and now they send their daughters to anganwadi centres to know more about it,’’ says 37-year-old Urmila. 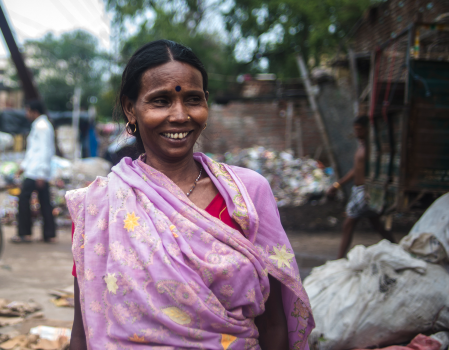 A women's group in the Mainpura community in north-west Patna worked with WaterAid India to secure better access to water and sanitation. "The situation here was very bad. There were no roads and we had to walk into water up to our knees. We didn't have clean water in the area or any toilets. We had to collect water from a hand pump which was located at a distance of 1.5 kms,” shared Hemandi Devi, a local leader. WaterAid India helped form a Slum Water and Sanitation Committee (SWSC). Members were trained to hold meetings for chalking out a strategy to improve their lives and as result they managed to get access to safe water and better roads. "Because of all these changes, women now get more respect in the community,’’ she added. 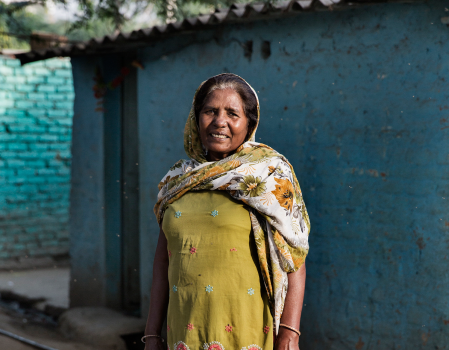 When Ram Rati first moved to Harijan Basti in Delhi, she knew hardly any of her neighbours. Today, things couldn’t be more different. Ram Rati is the head of the Women’s Water and Sanitation Group and single-handedly set up the community’s water distribution system, which she now runs. She was also the first one to build a toilet in her home. Motivated by her building a toilet and convinced that toilets do save lives, most houses in the community have now built a toilet. “Before, no-one used to listen to us,” Ram Rati explains. “Then Jaswinder [from WaterAid India’s partner organisation FORCE] said she wanted to improve the community." “There have been a lot of changes. We all work together,” Ram Rati says. “If the NGO stays with us, after five years we will say that we have the most beautiful community.” 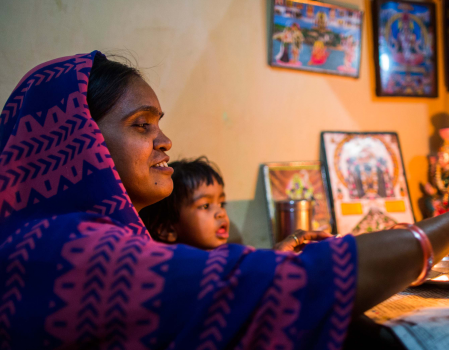 Over the last 4 years Usha Sahu from Indore in Madhya Pradesh received various trainings on menstrual hygiene. Being an anganwadi worker she ensures girls understand hygiene and nutrition are critical for their well being. In the community, she has worked towards reducing a few taboos associated with menstruation. Till 2 years back, even she used to follow some taboos and not worship while menstruating but she does now. She even tells girls coming to anganwadis to not follow any such taboos. Initially, a few mothers used to complain to Usha that she is teaching wrong things to their daughters but over time she managed convinced them that awareness about menstruation is important.