Carolyn Banda, who is a member of sanitation club at Mlodza FP School and a Standard 8 learner explains how life has been for her without having enough water at the school and how the project has made a difference especially with her education.

"I have been here at Mlodza primary school during my whole primary school. In the past we used to have a lot of water and sanitation problems. We were required to buy water from a nearby mosque. Most children could not afford. Some would fetch water from unprotected wells outside the school campus. The school also needed water for cleaning classes and other uses. The situation was bad.

"This brought a lot of problems amongst learners. Some would not attend school due to lack of drinking water and having nowhere to go to the toilet. This affected their performance in class. In addition, as we are required to clean the classes before having lessons every day, we had to travel outside school campus in search of water. This affected our education as well. 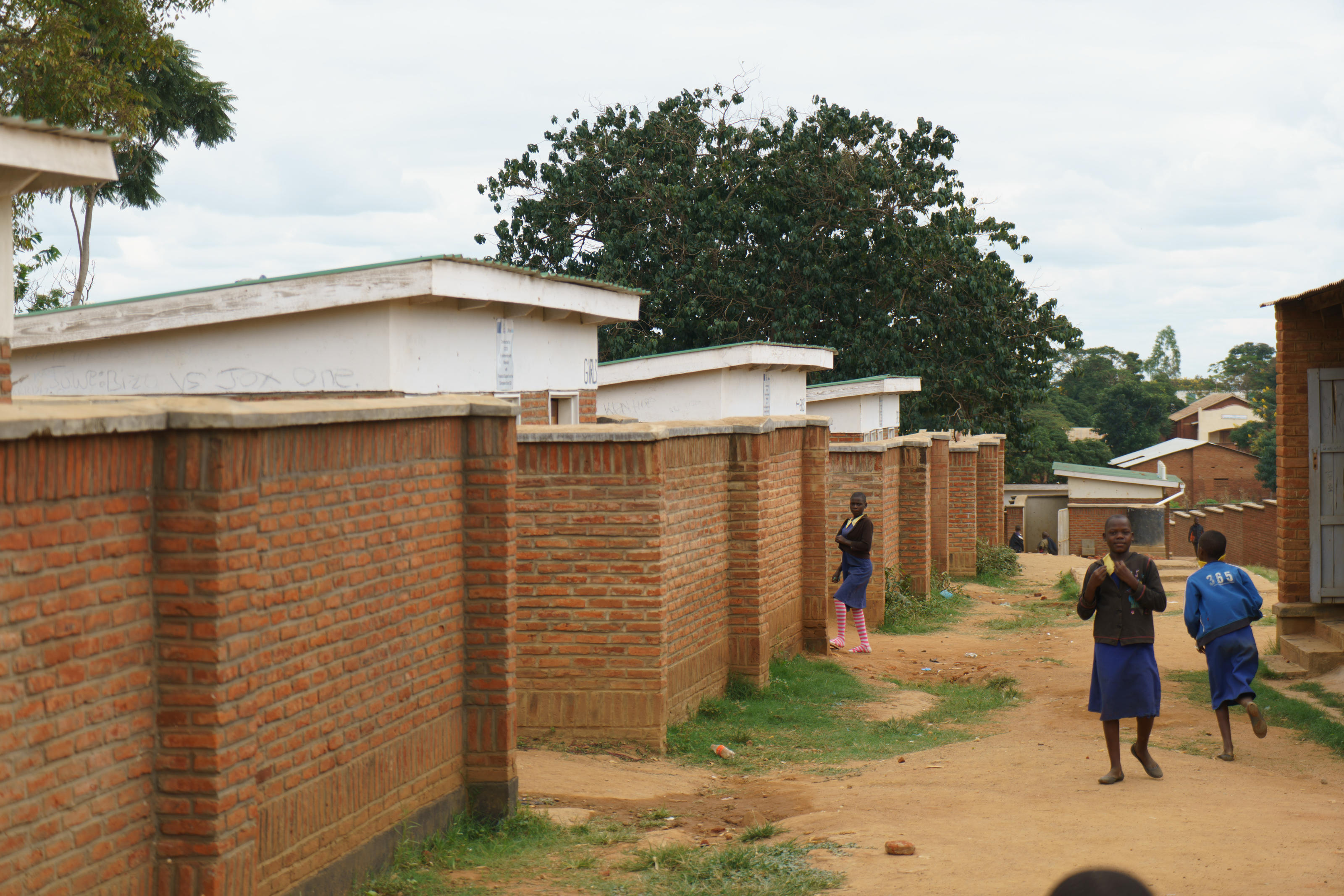 In the past, the school only had enough toilets for teachers, and it was hard for learners to access adequate facilities: toilets were often broken, and many lacked doors which caused privacy issues, partucularly for the girls.

"We did not have menstrual hygiene facilities. The situation was very worrisome. Personally, I have been absent on several occasions from school due to menstruation. The reusable sanitary pads we use needs changing and cleaning. So having no water was a difficult situation to cope with. I ended up going home and miss classes instead" said Carolyne. 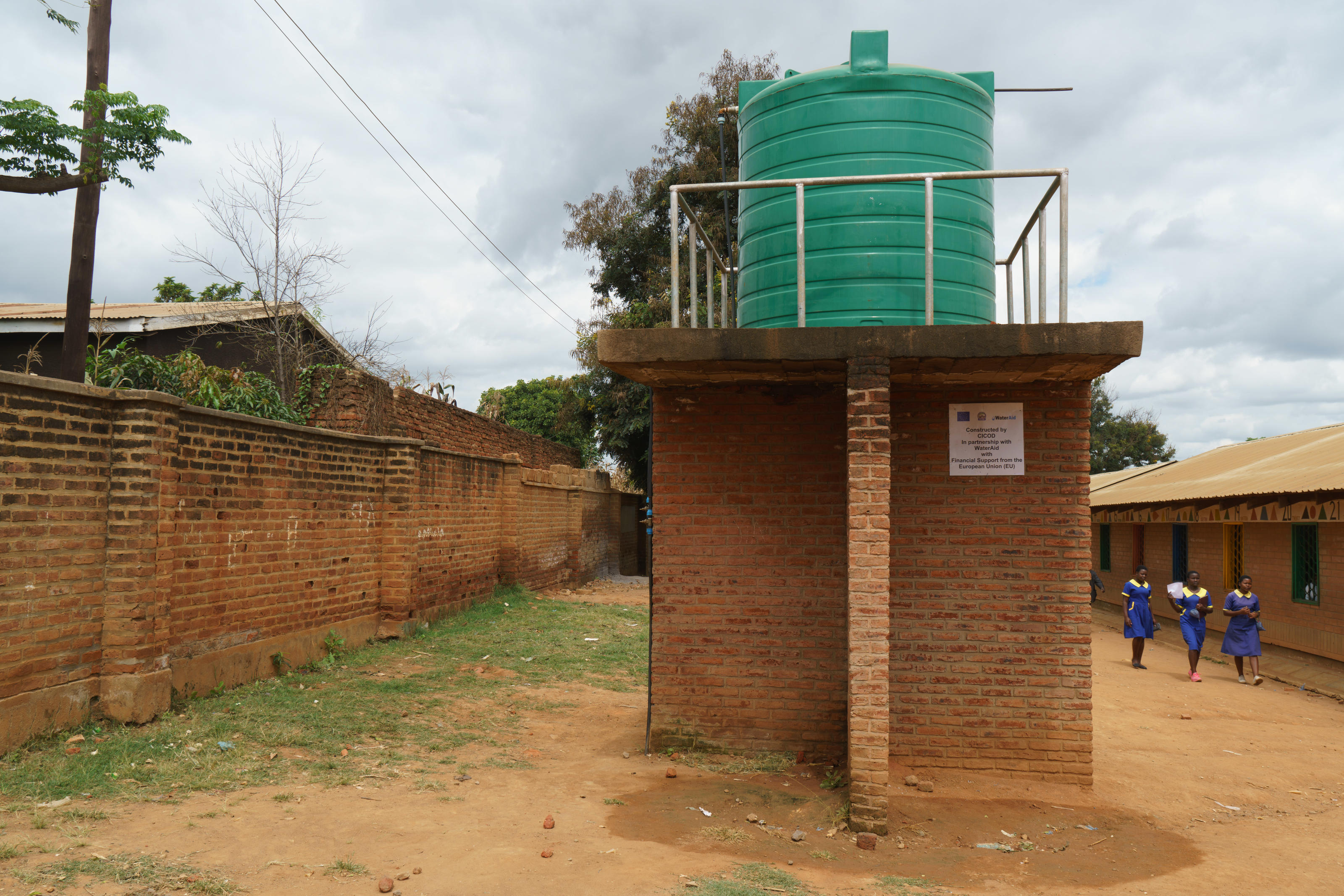 The situation at the school improved drastically when a water tank was constructed. Students no longer have to walk off campus to fetch water. They also have water buckets between classes which promotes hygiene and sanitation.

In addition to this, there are now 20 toilets at the school following the construction of new toilet blocks.

"We are really grateful for the new toilets. We are now able to share the toilets although they are not enough but they have really made a huge difference. We also have running water in the toilets all the time thanks to the water tank. We even have a spare water bucket in the toilet to clean hands when piped water is not running.

"I would like to thank the people who funded this project. It has made a huge difference on our education. We are happy to have water within the school premises. 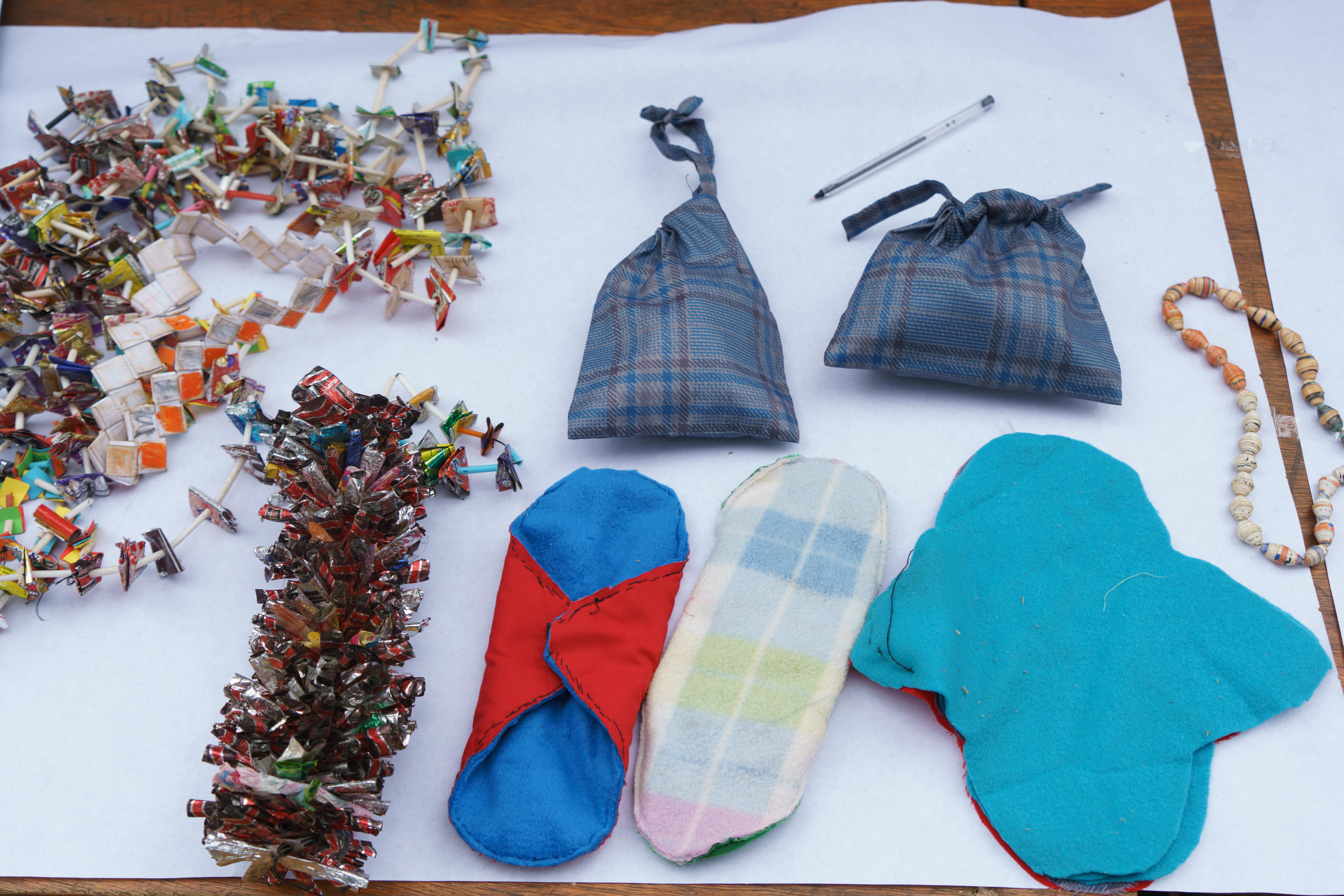 "We also teach other girls outside school campus on how to make sanitary pads on their own. This is how we make them; We stitch together a cotton cloth, water proof lining and flannels. This makes the pad water resistant and lasts long. These skills have benefited us a lot. We have been empowered as girls to take good care of ourselves. In the long-run, as we save money by using these reusable sanitary pads, our parents divert such resources for other school necessities.

"Apart from ensuring sanitation during menstruation amongst girls in our school, we also sell the sanitary pads. The money realized from the sales is used to buy uniforms for children who cannot afford to have one” said Carolyn.

“In the past it was hard to teach and advocate sanitation and hygiene practices amongst the learners as we had limited water supply and toilet facilities. This project has enormously improved sanitation here at Mlodza. 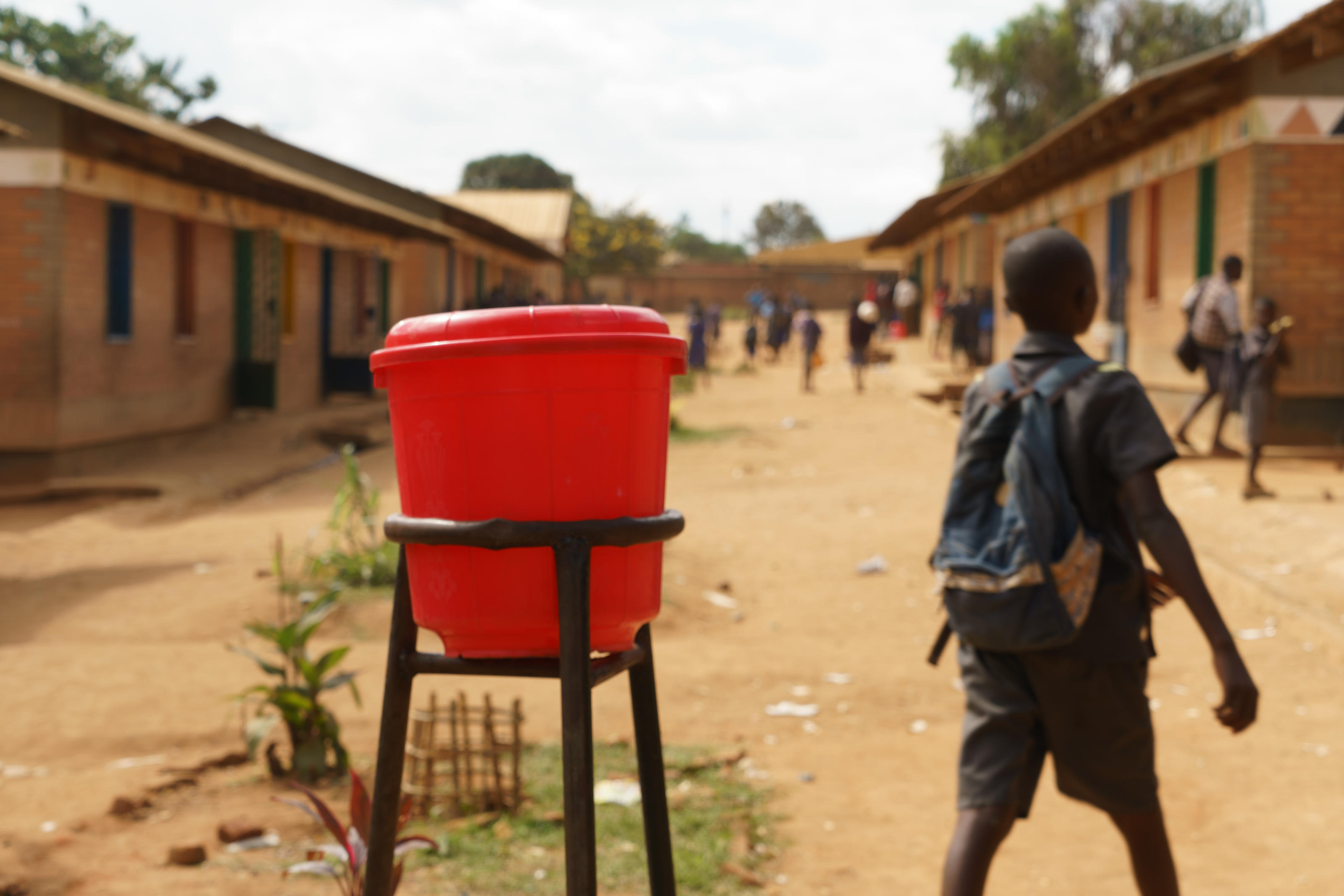 "Learners now wash hands whenever they visit the toilet since water is available. We have clean classrooms unlike in the past. This has reduced a number of learners getting sick from having a bad cough as in some classes, learners sit on the floor” said Pelekamoyo.

Beth Khoswe who is the Head Teacher at Mlodza Primary School testifies how much the IWIL project has made a difference at her school.

“I have been here for over 11 years as a teacher. I can attest that ever since the IWIL project was introduced here, I have seen huge improvements.

"We had so many problems in the past including student overpopulation. This did not go well having a shortage of toilets and other vital facilities such as water.

"On average, we have had 4780 learners against 10 toilets which was a ratio of 1:478 per toilet. This brought a lot of diseases in our school. Some learners were urinating anywhere because toilets were not enough. We now have 10 new toilets which has reduced the ratio from 1:478 to 1:239. 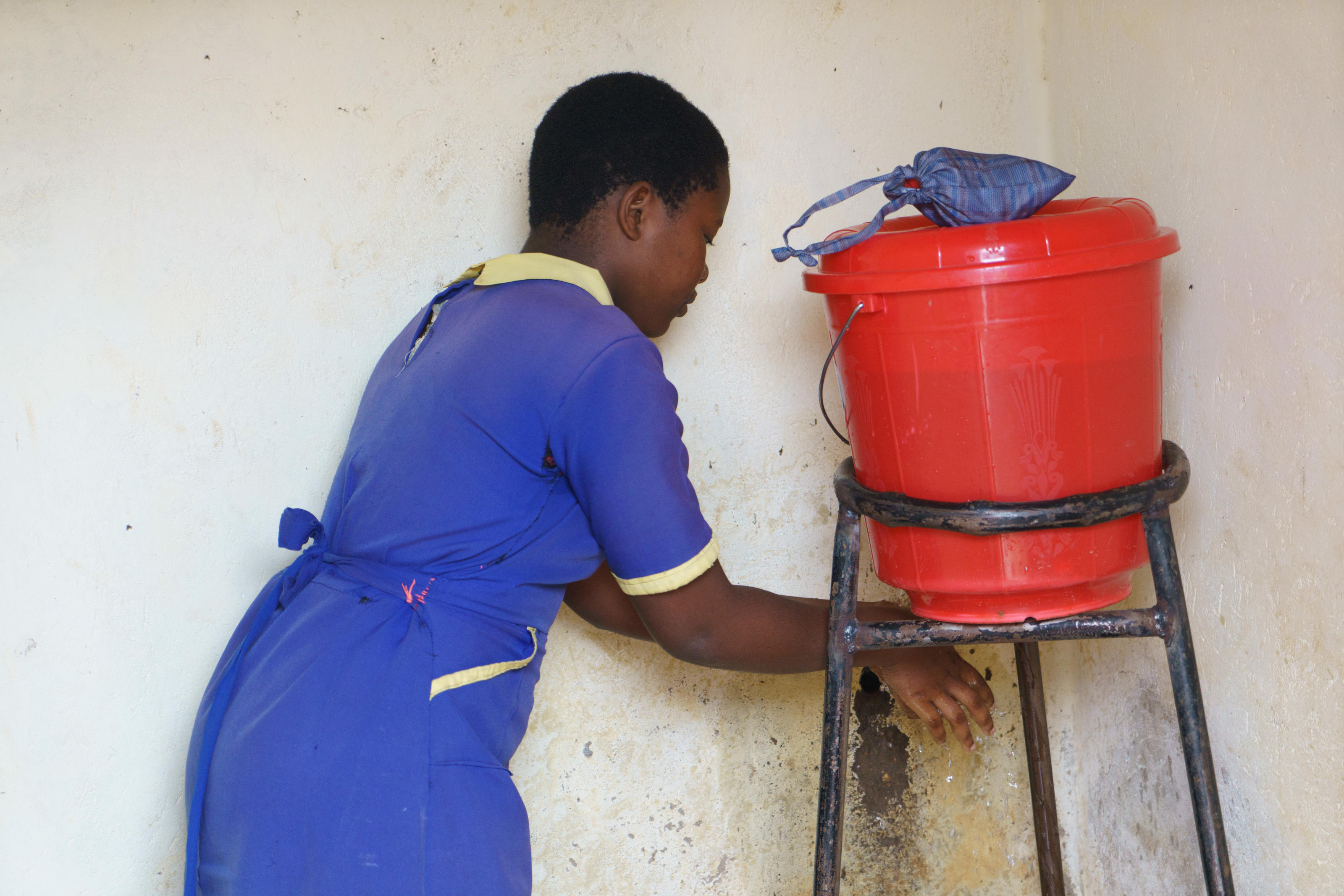 "Girls especially used to excuse themselves when they were menstruating. They missed classes in that way. This is different now as it is evidenced with the new school performance rate. In the past, the pass rate was between 40-60%. Now it is mostly 80% which is a great improvement."

Mlodza Primary Schools' achievements showcase how the IWIL project has made huge strides as part of its overall objective where the project aims at reducing poverty in Malawi by achieving sustainable water supply and sanitation (MDG 7c) for vulnerable peri-urban populations of Lilongwe City.

Sala Mbewe, a mother of two from TA Tsabango in Lilongwe, is the chairperson of Chiuzira Loan and Savings Group.