Tharparkar District, a district spread over 20,000sq kilometres, is one of the 29 districts of Sindh province in Pakistan which is headquartered at Mithi, with a population of about 1.5 million residing in 2,300 villages and urban settlements.[1] It has the lowest Human Development Index of all the districts in Sindh[2], with water issues as its main problem. Almost 2,000 children under the age of five have died in Tharparkar since 2011 due to water-borne diseases, malnutrition and other health issues.

Tharparkar is the 18th largest desert in the world and is considered to be the only fertile desert. However, the limited period of rainfall in the area results in a shortage of water even for the basic needs. Hence, the inhabitants are not able to fully benefit of the fertility of the land. But the fertility has increased the beauty of the desert with naturally grown trees. The area becomes mesmerising in the rainy season that it attracts tourists mostly from the Sindh province and some from other provinces as well.

The rainy season often starts in July and ends in September, after which there is enough water available in the form of ponds for the dwellers for another 3 months. The pond water, which is also the major source of drinking for animals as well, is understandably not clean enough, but it is better than not having water at all.

The general source of water in the area is wells. But the groundwater level is as deep as 200 feet which goes even deeper when there is no rainfall. Women, being responsible for the job generally, fetch water by pulling water from the well through a rope. With the water being deep down, a single woman can’t fetch water alone. It takes at least five to six women to pull a single bucket of water from a well. 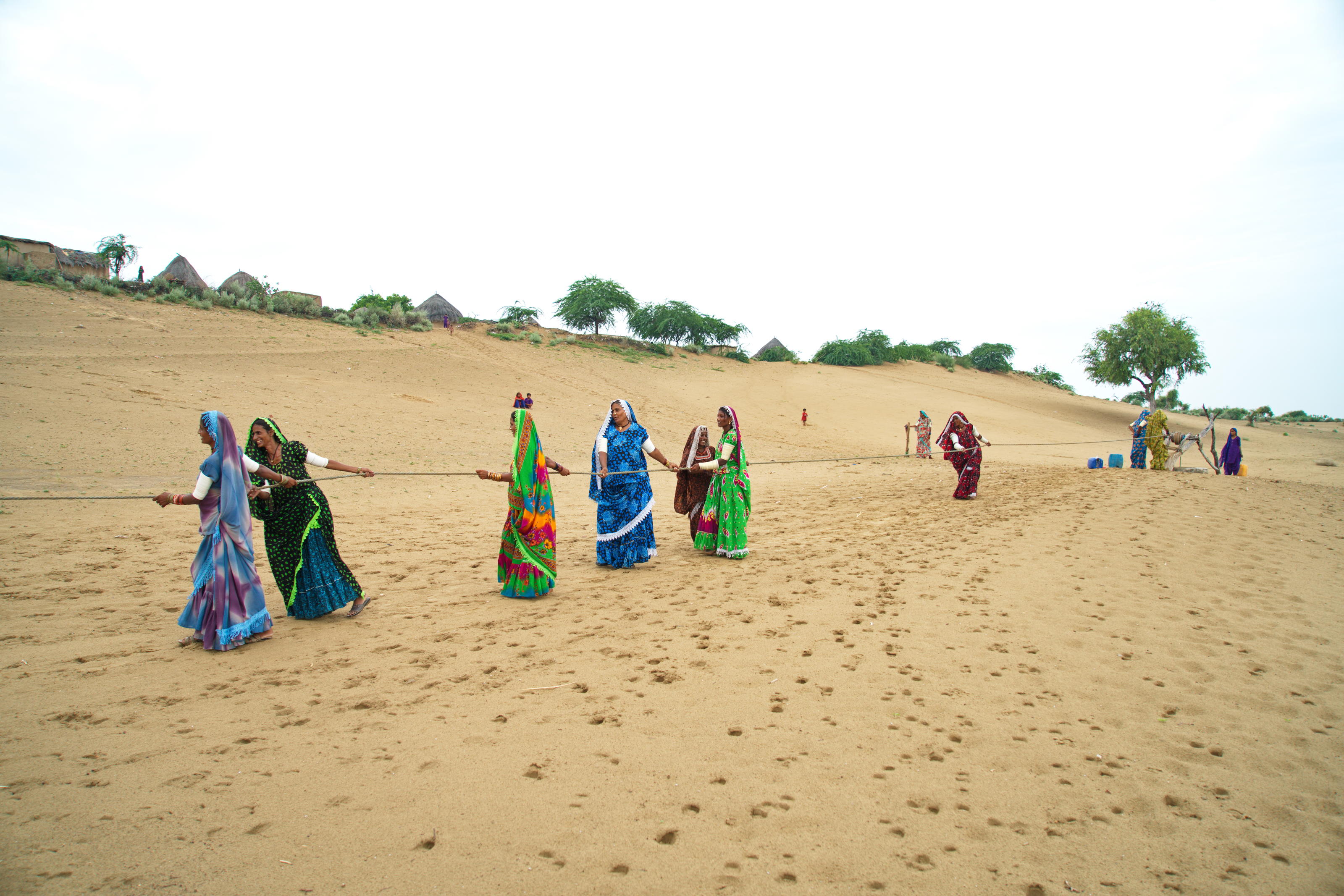 Diya, 35, was among the thousands of Thari women who would spend most of her time in fetching potable water, but she does not have to travel miles and can now get water in her home. The mother of five, who lives in the village of Leeria Bheel with her husband, used to travel 2 kilometres to get water from a brackish well. Not one or two, but four trips for water were mandatory for her in a day to quench the family thirst and fulfil the need for bathing, washing, toilet and cooking. "We are now living a happy life since they have provided us with the water tanks (rainwater harvesting tanks). During rain, we harvest the water and fill the tanks, which fulfils our water needs for six to eight months". 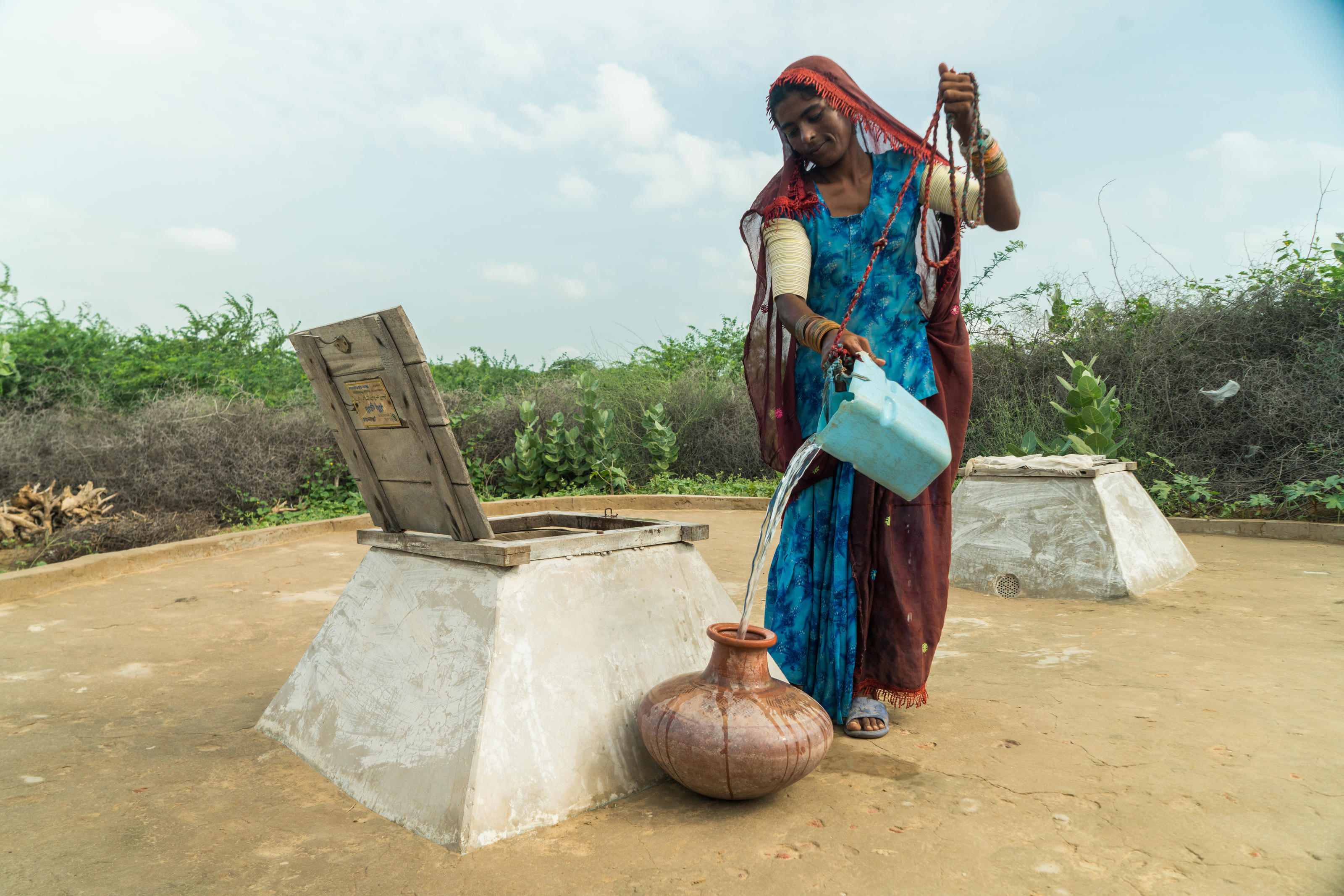 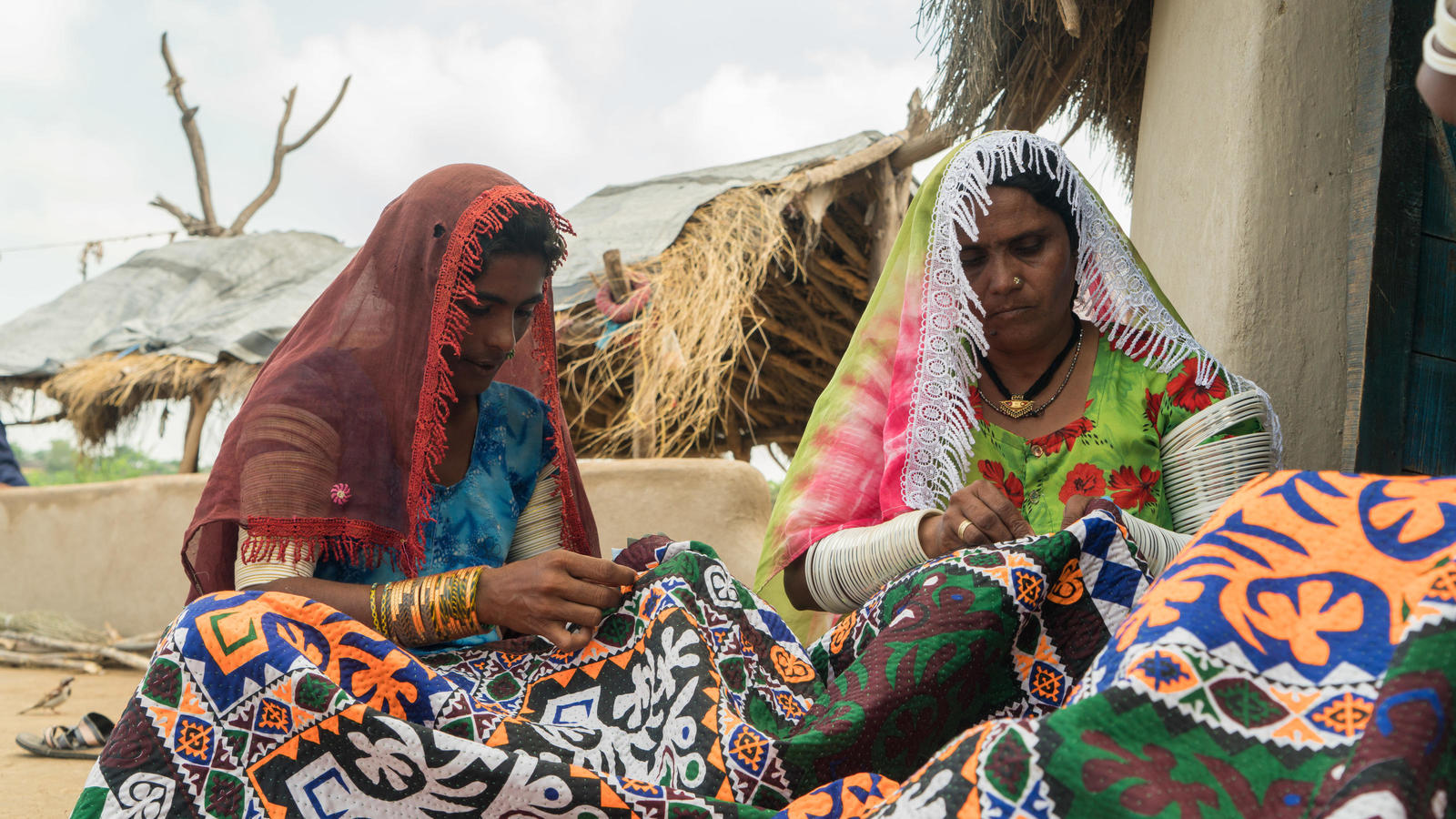 This system has saved a lot of my time because we don’t go and search for water. During the time that is now saved, I can do home chores, look after my children and keep them clean. I also get time to do embroidery.

Since water is a rare commodity in Tharparkar, one cannot even imagine growing a kitchen garden in one’s house. But thanks to WaterAid's partner, Diya is one of the lucky women who now have access to clean water close to home that she can use for irrigating the plants in her kitchen garden.

Story and photos by Sibtain Haider

As a MHM champion, I can bring positive change in the lives of female community members!

Saima became a MHM champion under HerWASH project when her mother in law supported her to become one. Saima has been selected as a MHM champion from her village but she travels to her native village (where her parents stay) to raise awareness on MHM. Saima has completed her primary school and is one of the most educated girls of her village.

When I shared about the MHM practices with my mother, she was surprised too!

Shahnaz,14, and her mother never used any cloth/pad or material while menstruating in fact her mother used to stitch her 4-5 pants for school uniform so that during her periods, she can change them while they are stained. Even the other women of her village were also doing the same. After these sessions on MHM, she became aware of good practices and conveyed the same in her community.