Orangi Town – among Asia’s biggest slums – was deprived of basic services for many years until, in 1980, local people set up an organisation called the Orangi Pilot Project to help citizens improve their streets, connect their houses and lanes to city utilities, and install 72,000 household toilets.

The organisation has laid around 1.3 million feet of sewer lines and one man, Muhammad Abdul Qadir, estimates he was involved in 75% of that work. “Now, the wastewater flows directly to the main sewerage line. So, a lot of people have benefited and are at ease now.” 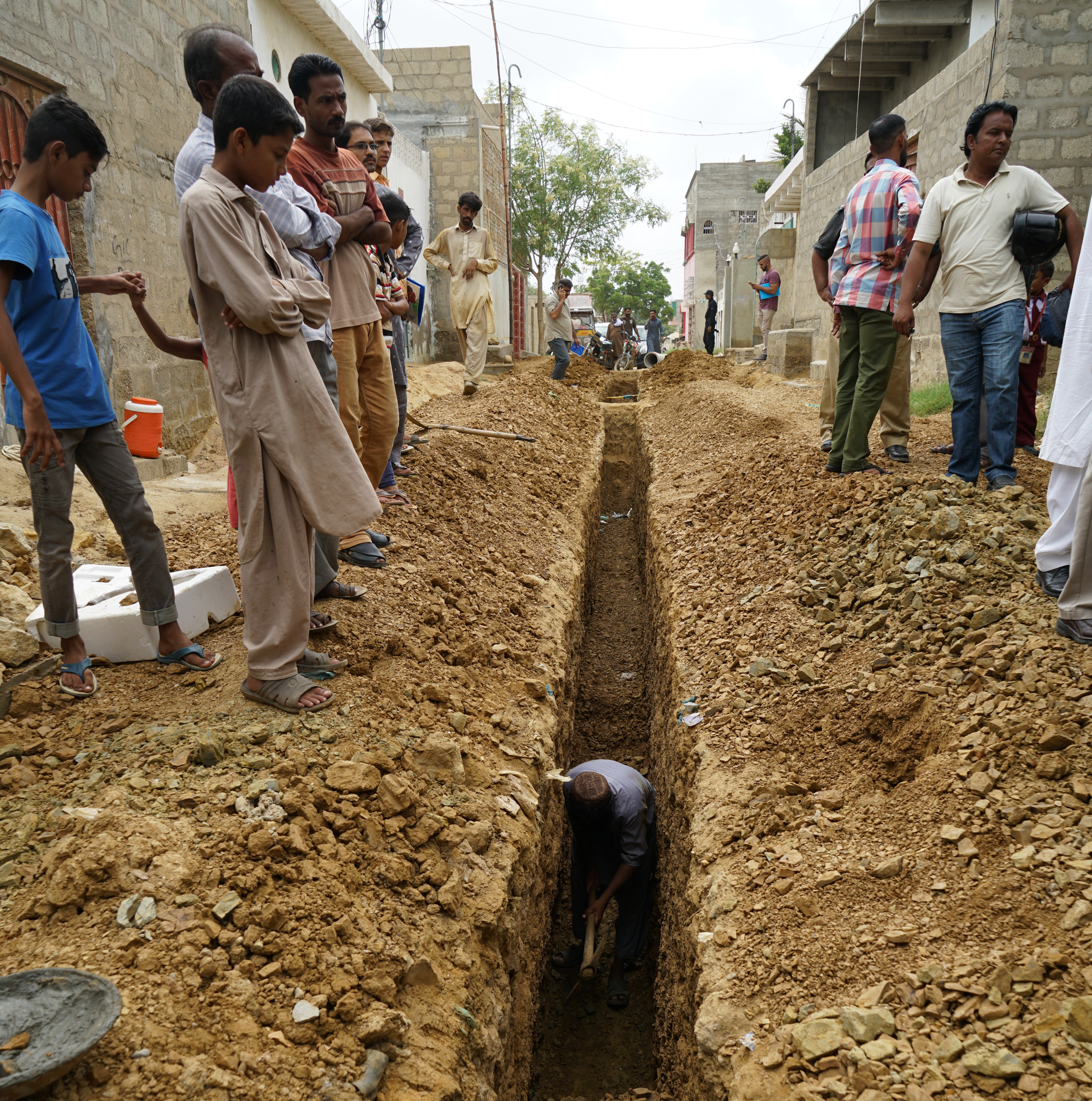 Gone are the murky open sewers which once blighted this community. The residents of Orangi, most of whom make a meagre living and are trying to escape a life of poverty, value the vital work done by people like Muhammad.

As a MHM champion, I can bring positive change in the lives of female community members!

Saima became a MHM champion under HerWASH project when her mother in law supported her to become one. Saima has been selected as a MHM champion from her village but she travels to her native village (where her parents stay) to raise awareness on MHM. Saima has completed her primary school and is one of the most educated girls of her village.

When I shared about the MHM practices with my mother, she was surprised too!

Shahnaz,14, and her mother never used any cloth/pad or material while menstruating in fact her mother used to stitch her 4-5 pants for school uniform so that during her periods, she can change them while they are stained. Even the other women of her village were also doing the same. After these sessions on MHM, she became aware of good practices and conveyed the same in her community.