Climate change: it's not too late to turn the tide

Are we running out of time? Yes, we are! Our climate is changing at an alarming rate, and extreme weather events have caused devastating effects around the world.

Locally, the June-August 2021 (JJA) seasonal rainfall outlook report from the Uganda National Meteorological Authority (UNMA) shared a concerning forecast. According to the report, enhanced rainfall over several parts of the country could result in disasters and potential hazards such as flash floods, waterlogging, mudslides, and rising water levels over L. Victoria, L. Kyoga and L. Albert.

Additionally, it warns of gusty winds and lightning strikes which could lead to the loss of lives and destruction of property. Consequently, these extreme weather events present the risk of hardship for Uganda's most impoverished communities, who suffer the worst consequences, even though they have contributed least to the causes.

According to Jane Mselle Sembuche, the Country Director of WaterAid Uganda, "Extreme weather conditions often damage already weak sanitation infrastructure. In effect, this leads to inadequate sanitation, which perpetuates a vicious cycle of disease and poverty, because when communities do not have access to decent toilets and clean water, disease spreads fast."

The Country Director added that "there needs to be a much greater focus placed on climate change adaptation for sustainable sanitation facilities to withstand climate change and keep communities healthy."

The water crisis in Eastern Uganda

One region severely affected by severe landslides and flooding is Eastern Uganda at the Mpologoma catchment area, whose water and sanitation supply falls under the Eastern Umbrella Authority (in smaller towns) and the National Water and Sewerage Corporation (in bigger towns).

Climate change has put water utilities in the Mpologoma catchment under operational stress as they struggle to keep up with the rapidly growing population in Eastern Uganda.

"At the operational level, this forces the water and sanitation service providers to resort to unpopular strategies like rationing and service interruptions. These management measures increase operating costs and advertently reduce access to quality services for vulnerable populations," says Kizito Charles, WaterAid's Project Officer for the Support to Resilient Initiatives for Vulnerable Entities (STRIVE) Project.

Working together to turn the tide

On March 19th, 2021, WaterAid collaborated with the Ministry of Water and Environment through the Directorate of Water Resources Management (DWRM) and the local governments of Butaleja, Namutumba, and Tororo (Upper Mpologoma Sub-catchment), launched the STRIVE project. The project aims at enhancing the resilience of vulnerable communities to Climate Change through climate-resilient WASH initiatives. The people's postcode lottery (PPL) is funding the STRIVE Project.

"We are in a state that's undesirable, but we can work together to build a different reality in the future since sustainable management of natural resources requires the full participation of the community stakeholders," said Maximo Twinomuhangi, the Kyoga Management Zone Team leader.

According to Twinomunangi, "We are living in a period of extreme climate change patterns on two sides, we have extreme rainy seasons which bring floods and dry seasons which cause droughts. However, the STRIVE project has come at the right time, and I'm confident we are on the right track now."

Mulomi Samuel, the Budaka District chairperson, shared, "We need to guard our water and environment security for socio-economic transformation. We need this intervention everywhere. I welcome and thank you for choosing this region."

After the launch, a series of critical interventions were made, including forming the Upper Mpologoma sub-catchment management committee. The role of the committee is to supervise and provide sustainable management of the sub-catchment area.

The formation of this committee comes at a critical time as the UNMA advises disaster preparedness in the form of contingency plans and reporting any emerging incidents associated with weather and climate hazards immediately.

Furthermore, the committee must carry out sustained awareness campaigns on risks of flooding, lightning strikes, and mudslides. 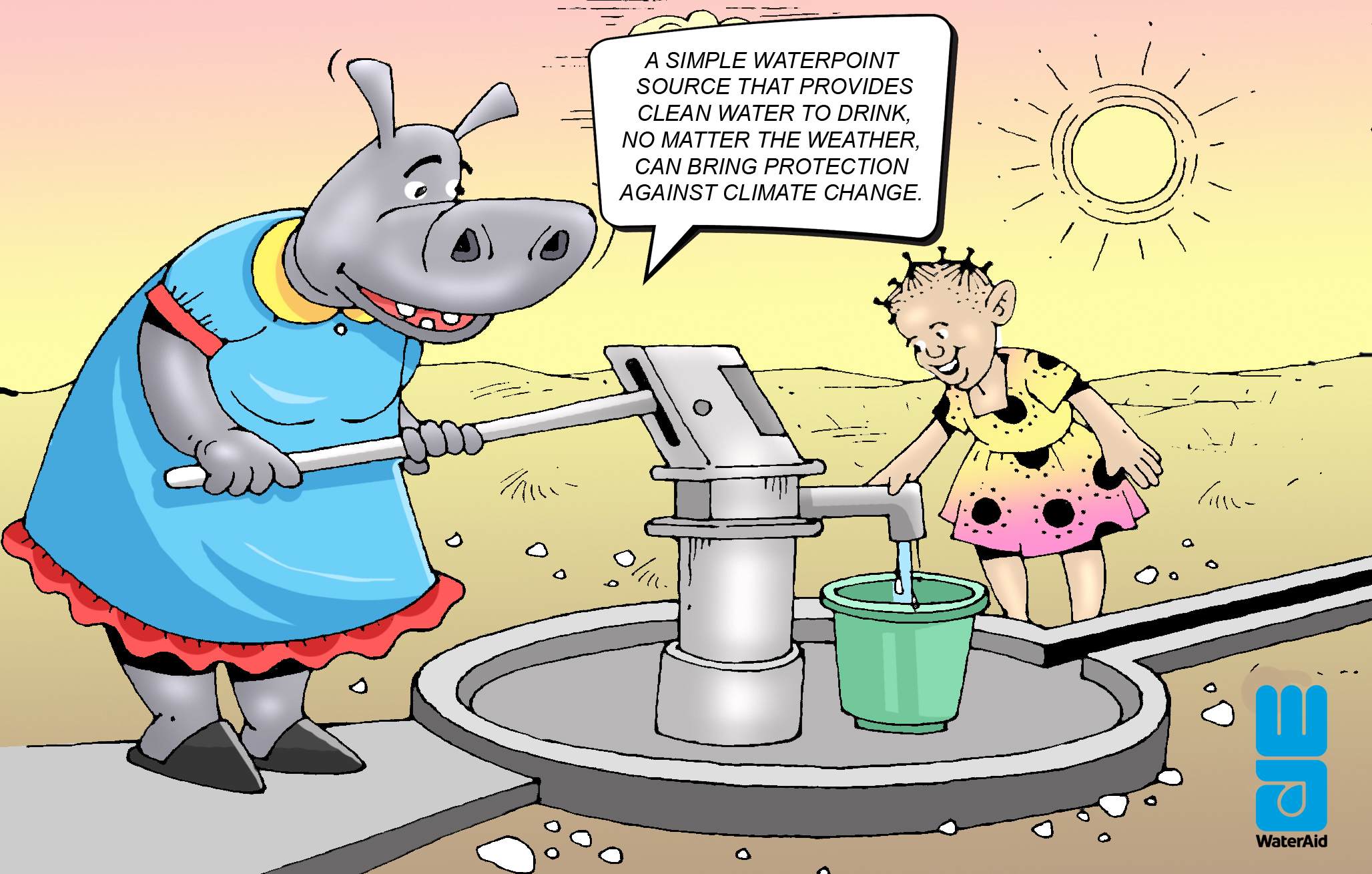 The STRIVE project is currently conducting a baseline study to assess the vulnerability of the sub-catchment components such as natural resources and WASH facilities and identify climate adaptation capacity gaps.

Next, the recommendations from the study will be implemented and scaled around the region to promote climate-resilient WASH initiatives.

"Through improved access to climate-resilient WASH technologies, vulnerable communities can realize improved water supply, sanitation, and hygiene and improved coping ability resulting from overall reduced disease burden among the poorest and marginalized members of the community in the catchment," Sembuche offered. 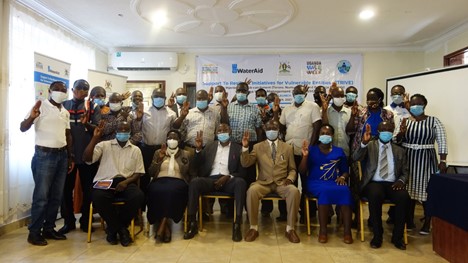 Watch our animation on climate action around the region

The application of innovation for sustainable and inclusive sanitation in schools

Confronted by the challenge of finding a holistic solution to the sustainable WASH question, WaterAid Uganda has partnered with the Kampala Capital City Authority (KCCA) to develop the Single Flush Female-Friendly Toilet.

In partnership with the Ugandan Ministry of Water and Environment, and thanks to support from the Conrad N. Hilton Foundation, we’ve successfully delivered a pilot scheme to install new plastic hand pump pipes in selected communities across Masindi – so transforming access to safe water for years to come.

The sanitation problem: a glance at community-led solutions

Provoked by the sanitation crisis in his community in Kamwokya, located right in the heart of Kampala, Chris Tumwine, a community Water, Sanitation and Hygiene (WASH) advocate asked, "how do we fix it?"