A grandmother who gives it her all: Juliette's story

I have lived in Madagascar my whole life, and I love everything about it – the people are so friendly, there’s a deep sense of family and the landscape is beautiful. It’s a really unique place.

But Madagascar isn’t without its struggles. Around 50% of the population don’t have access to clean water. That means over 13 million Malagasy people are forced to drink dirty water, causing sickness and ill-health. In fact, adults lose six million days of work every year across the country because of persistent diarrhoeal disease.

It’s a way of life I’m all too familiar with. Growing up in a small town with my parents, three brothers and three sisters, we fetched and drank dirty water from a pond. Sometimes we would go days without a drink.

Even now, living in the city with my wife and children, our house isn’t connected to a water supply. I think we are still very fortunate compared to most Malagasy people, though, because the fountain is only a few metres away.

As a communications officer for WaterAid I spend my days visiting communities across Madagascar, getting to know the people and documenting their stories about how life can change with clean water.

During my last trip I visited a village called Ambohimanatrika. There, I met the most incredible family that spanned three generations and had such a strong bond. It was such a wonderful relationship to witness.

At 56, Juliette is the head of this large family. She has six children and 11 grandchildren. Her grandparents were actually the ones that built the first houses in Ambohimanatrika, so her family’s ties to this community run deep.

But this is a poor village. Most of the people here, Juliette and her children included, work as porters in the local market, hauling heavy carts of goods to and from town. Juliette often finds herself carrying over 70kg at once for 12-13 hours in one day. It’s thirsty work. 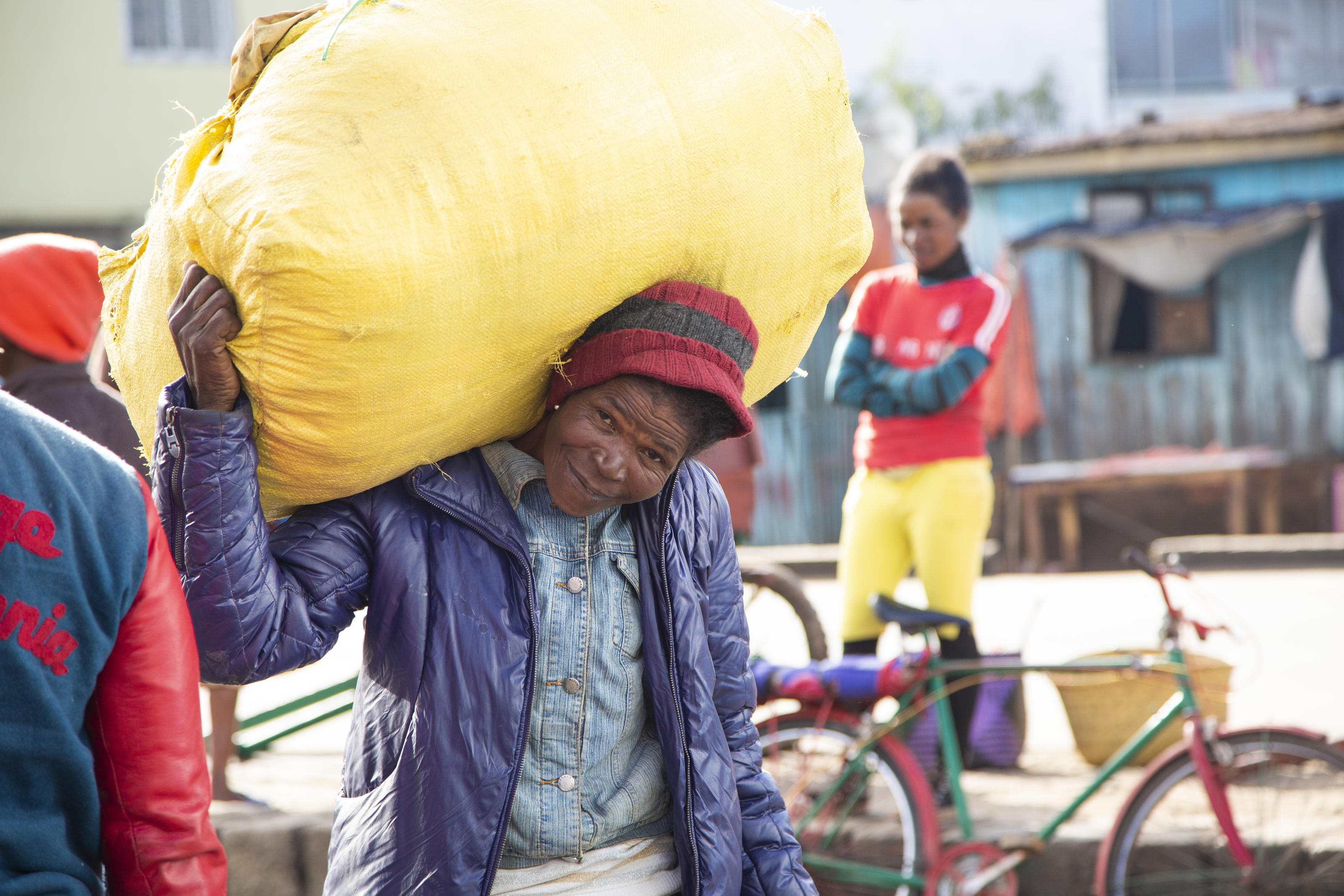 To make matters worse their only sources of water are open to the elements and at the bottom of a hill. During the rainy season all sorts of waste from the town runs into them. You can even see small worms in the water the villagers collect, that young children have to drink.

Juliette and her children do everything they can to protect the youngest members of their family from the sickness caused by dirty water. Perline, Juliette’s daughter, makes a natural remedy from herbs which helps treat diarrhoea. But it doesn’t stop the sickness coming back. 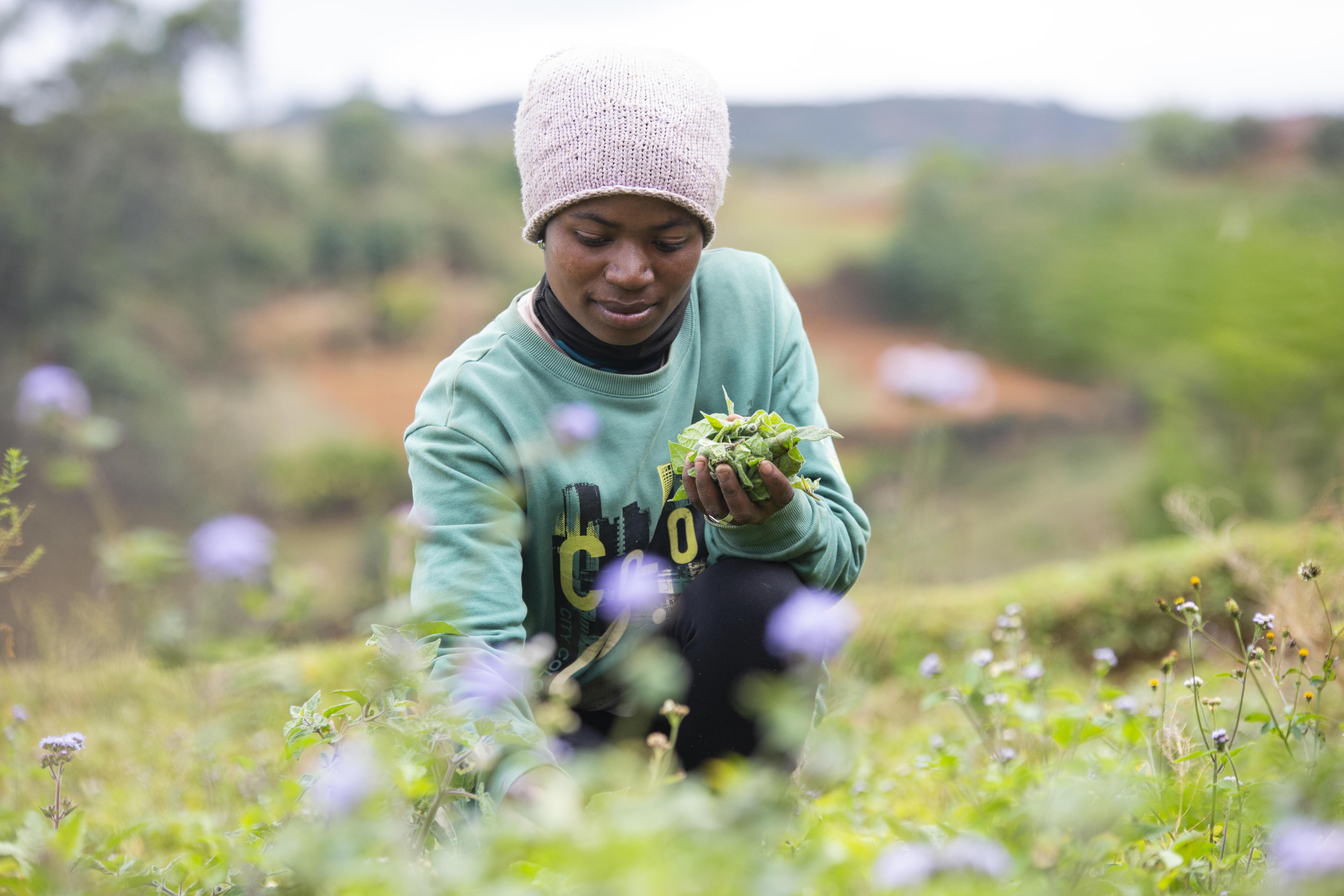 It’s clear just how much Juliette’s grandchildren adore her. They’re constantly in and out of her house, in the hope of a cuddle, bit of advice or a game of football. Perline told me how gentle Juliette is, and her daughter-in-law Evelyne agrees, describing how welcome she made Evelyne feel when she first joined the family.

They are very well-behaved grandchildren. I always tell them to be wise and be respectful of others. My hope for our grandchildren is for them to succeed.
Juliette

Juliette was so excited when her first grandchild Malala was born, and she wants nothing but the best for them. And yet, despite her best intentions, she still has to rely on them to collect water.

Ambohimanatrika’s nearest water source is at the bottom of a steep slope. In the rainy season it’s especially slippery. Juliette’s greatest fear is that if she falls and hurts herself, she won’t be able to work anymore. Won’t be able to support her family anymore.

“The road is slippery and as an old person I sometimes fall on the way to get to the water point.” – Juliette

So it’s 8 year-old Johary who must take on the responsibility of collecting water for the family.

Despite the hardships of living like this, the children have such a strong spirit in them. They’re energetic and creative – making toy cars out of oil cans and spending hours playing games together. They especially love football, a passion they have inherited from their grandmother.

Juliette used to be in a military wives’ football team, but she left to set up her own team in the village when it got too serious. She teaches the girls and women to play and they have a match every weekend. In fact, they won the very first tournament they played in, so they’re pretty good!

“My grandmother taught me to play football. She’s the coach! I spend a lot of time with my grandmother.” – Malala

The bonds in this family are strong, and so much of that seems to be down to Juliette. She’s kind, thoughtful, loving and she has a ‘never give up’ attitude even though her life is tough. She wants nothing but the best for her grandchildren, and hopes they can one day have a better life and pursue careers other than being a porter.

But without clean water, the chances of them breaking out of this cycle of poverty are slim. Young children like Johary will keep on having to collect water, keep on getting sick from the germs they’re drinking, and miss out on the chance of getting a good education and earning a decent living.

I can relate to this only too well. When I was growing up, our situation was exactly like the people of Ambohimanatrika. My little sister and I used to fetch water down the hill from a pond three or four times a day, before and after school.

It was thanks to my brother and sister that things changed for me. They left school and started working just so that I could afford to go to a school with access to clean water and decent toilets.

So, for me, documenting the stories of families like Juliette’s is more than just a job – it’s a personal fight to make sure everyone, everywhere can access clean water.

By giving today, you can help make that happen.