Look inside the Loovre, our gallery in a toilet at Glastonbury Festival

We were heartbroken - as I'm sure many of you were - to hear that Glastonbury 2020 had been cancelled because of COVID-19. Being part of Glastonbury Festival is usually one of our busiest and most impactful moments of the year. It’s an opportunity to engage with thousands of festival-goers, to raise awareness of the millions of people who do not have access to clean water, decent toilets and good hygiene. 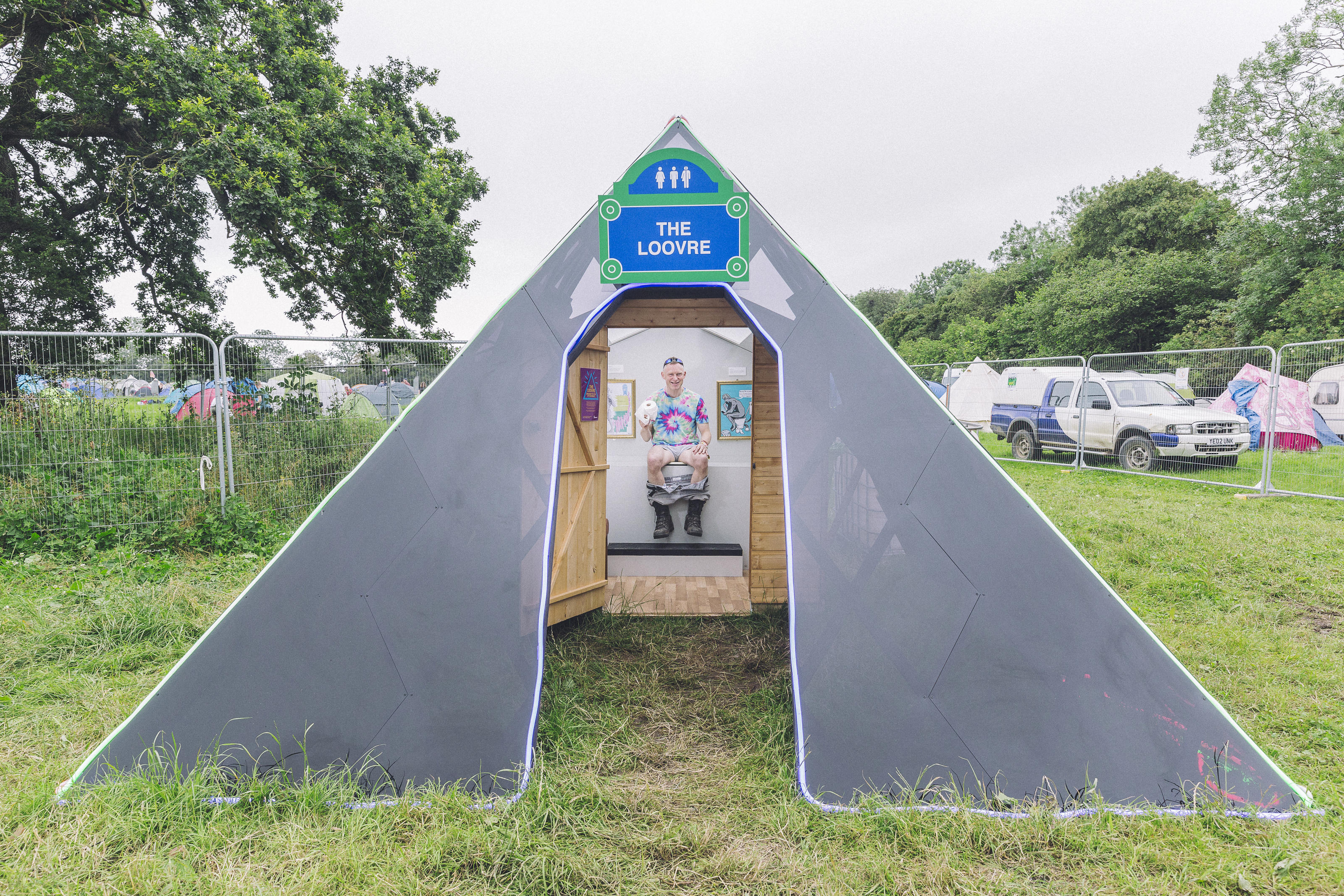 Since we couldn’t be there in person this year, we decided to give you an exclusive look into the world’s most exclusive toilet, our Loovre exhibition, at the festival last year.

The gallery features the world’s most famous pieces of art, reimagined with a toilet-twist, highlighting the fact that 1 in 4 people around the world don’t have access to a safe and decent toilet.

The birth of Venus 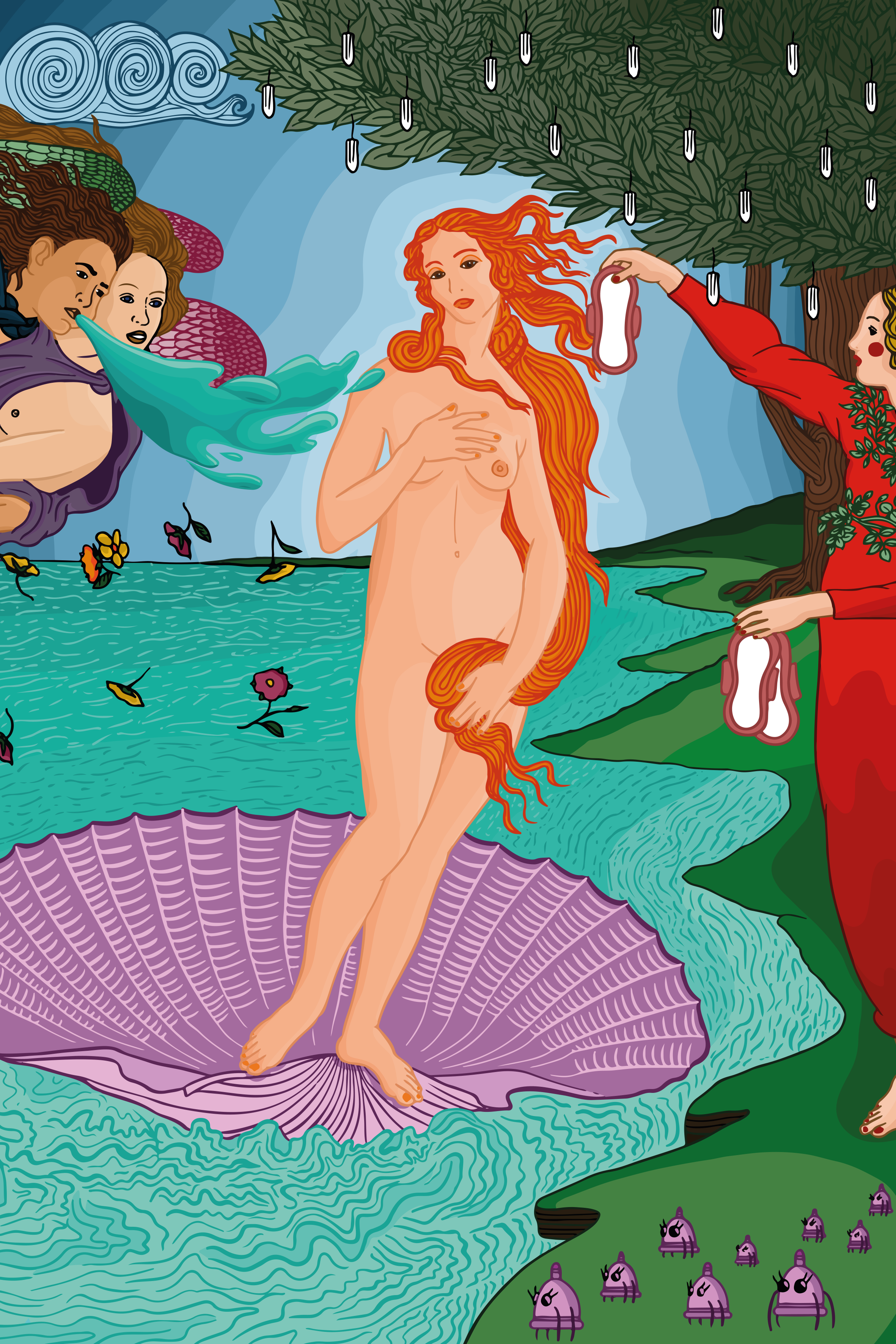 Sandro Botticelli’s Birth of Venus depicts the Goddess arriving at shore after her birth, where she emerges as a fully-grown woman. Artist Patricia Bega realises that growing into a woman also means starting your period. Fear not Venus, we’ve got your period products covered, with offerings of sanitary pads, a tampon tree and mooncup critters. 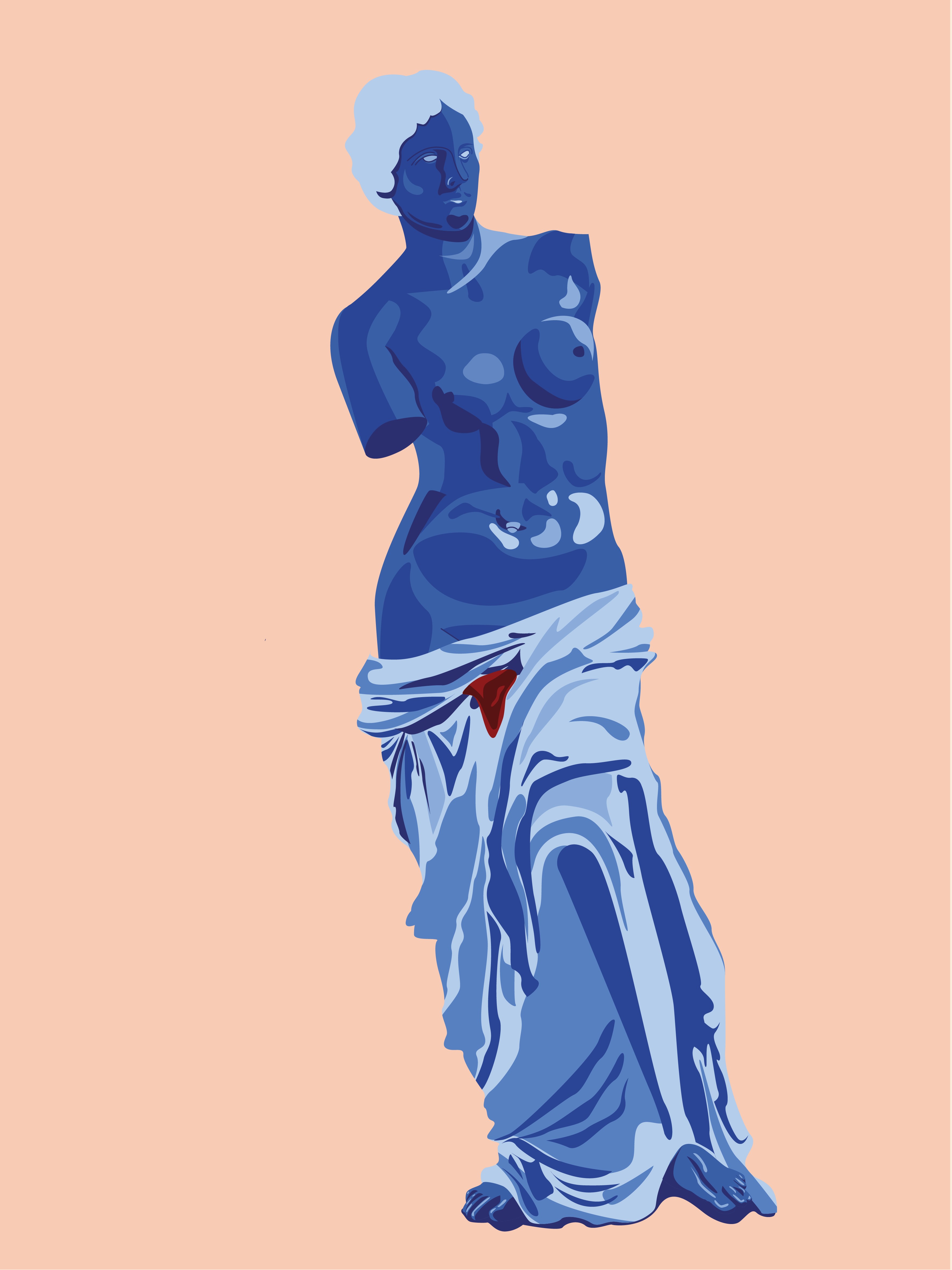 The Venus de Milo is believed to be a depiction of Aphrodite or Amphridite, but as Madeleine Lin imagines, even Goddesses have their periods. Without period products or decent toilets, leaks happen. Decent toilets and access to period products are essential to the dignity, health and safety of anyone who menstruates. 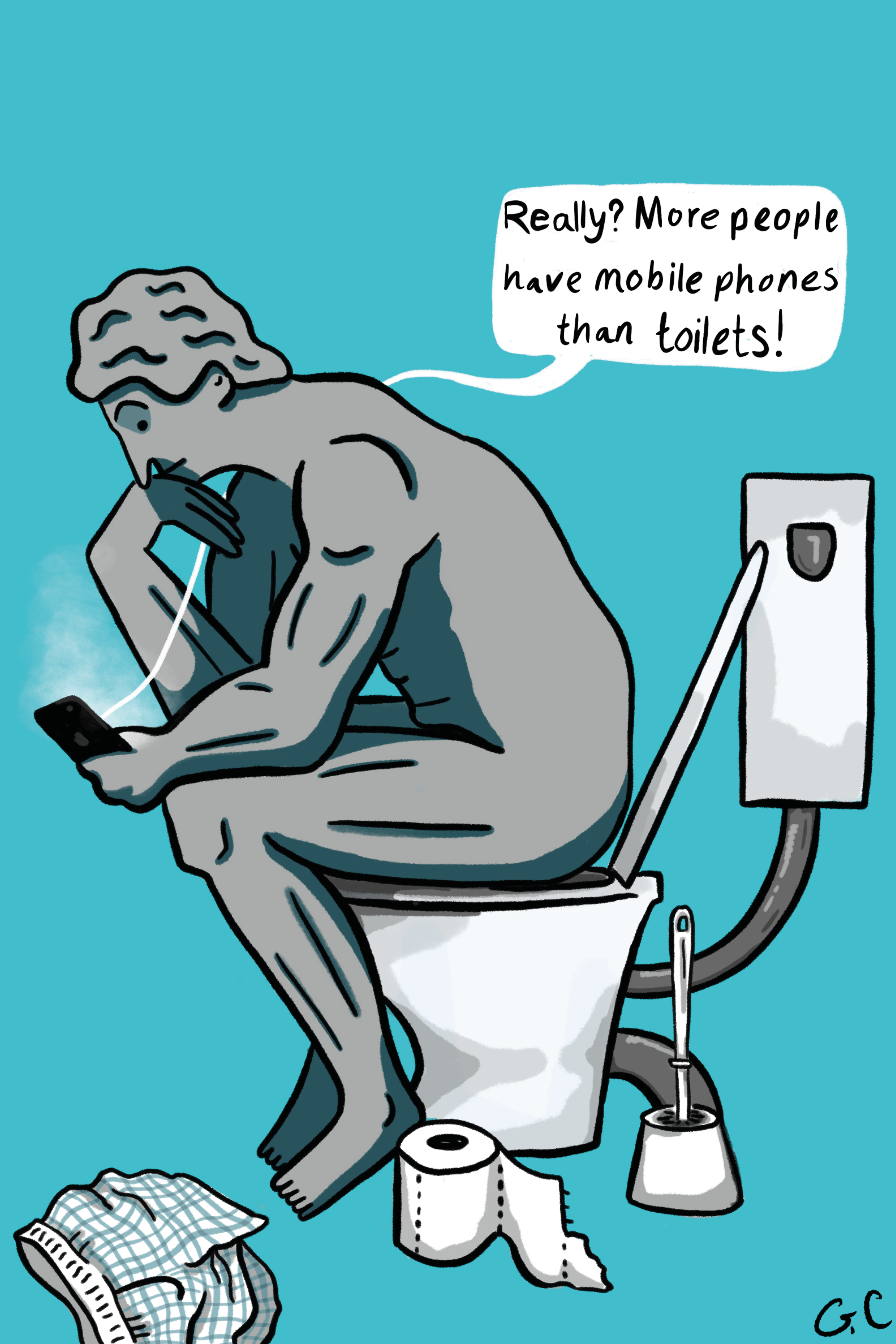 Let’s be honest, we’ve all been guilty of using our phones on the toilet. It’s also the spot we do a lot of our thinking. So no wonder Grace Crossley imagines The Thinker, or should we say The Stinker, deep in thought about the 1 in 4 people who don’t have access to decent toilets. 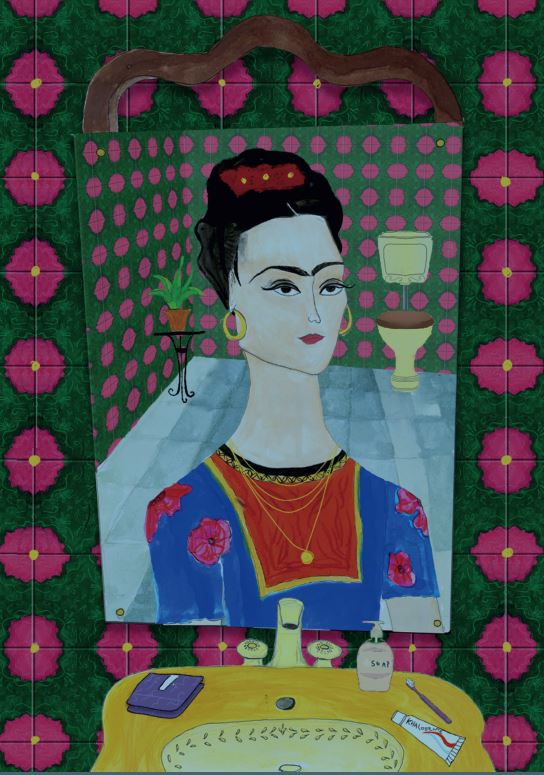 Mexican painter Frida Khalo was known for her self-portraits and folk art style, so Pashaladi’s reimagined version of Frida looking at her reflection in her bathroom is particularly apt. Frida’s bathroom was probably as fabulous as she was! 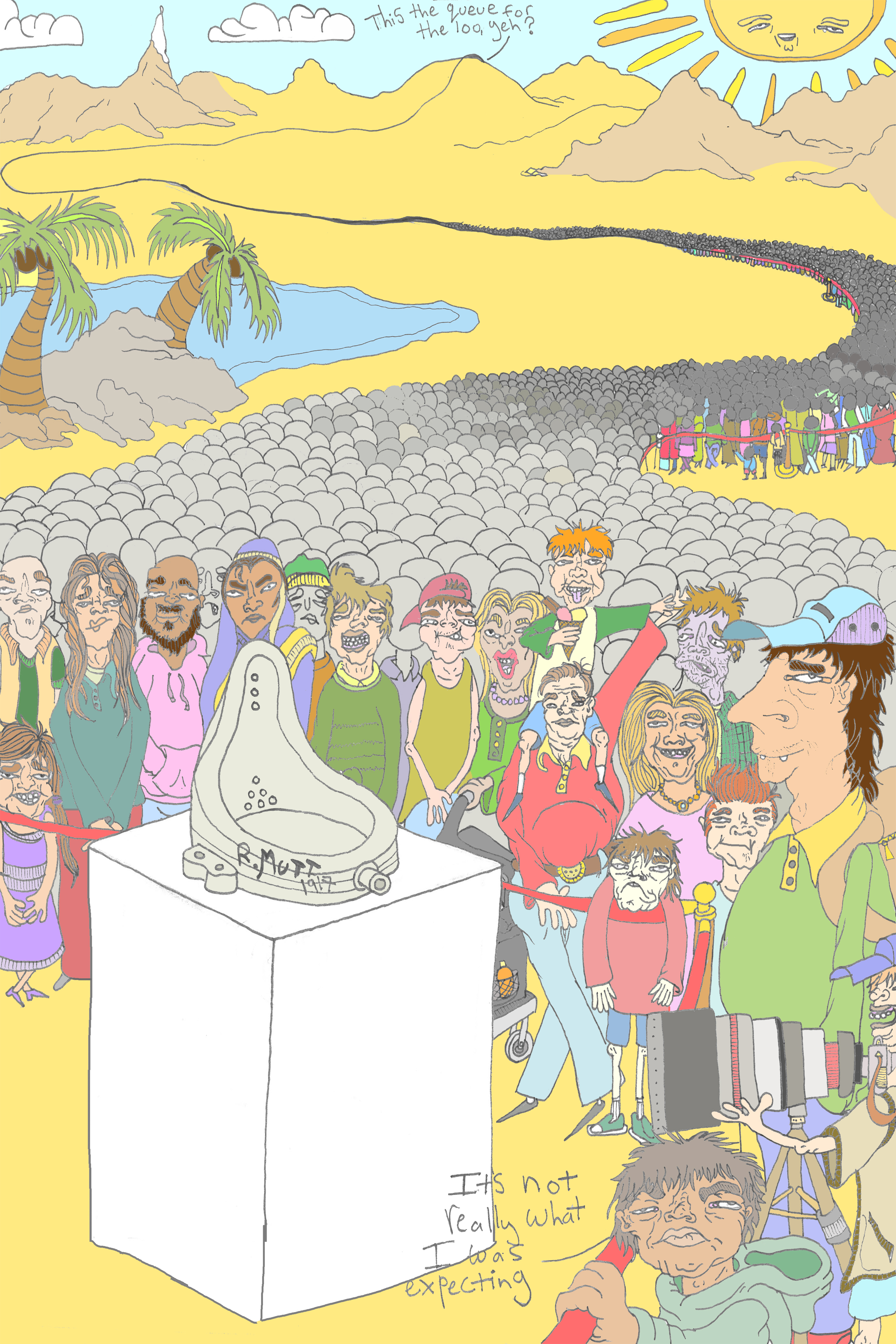 Perhaps a parody of a parody, Harry Colley depicts hundreds of thousands of people showing up to see Duchamp’s fountain, with mixed reactions, much like there were for the original sculpture. Like Duchamp, we celebrate urinals and decent safe toilets, as they save lives by stopping the spread of diseases from open urination and defecation. 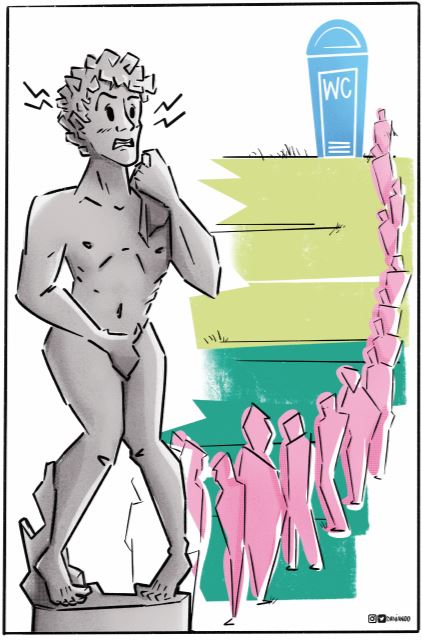 One of the world’s most famous sculptures, Michelangelo's David represents youth, beauty and perfection. But no matter who you are, we all have to use the toilet, and we all deserve the right to go when we need to.

Dan Ioannou imagines David bursting for the loo in a long queue, a certain discomfort we’ve all had to endure. 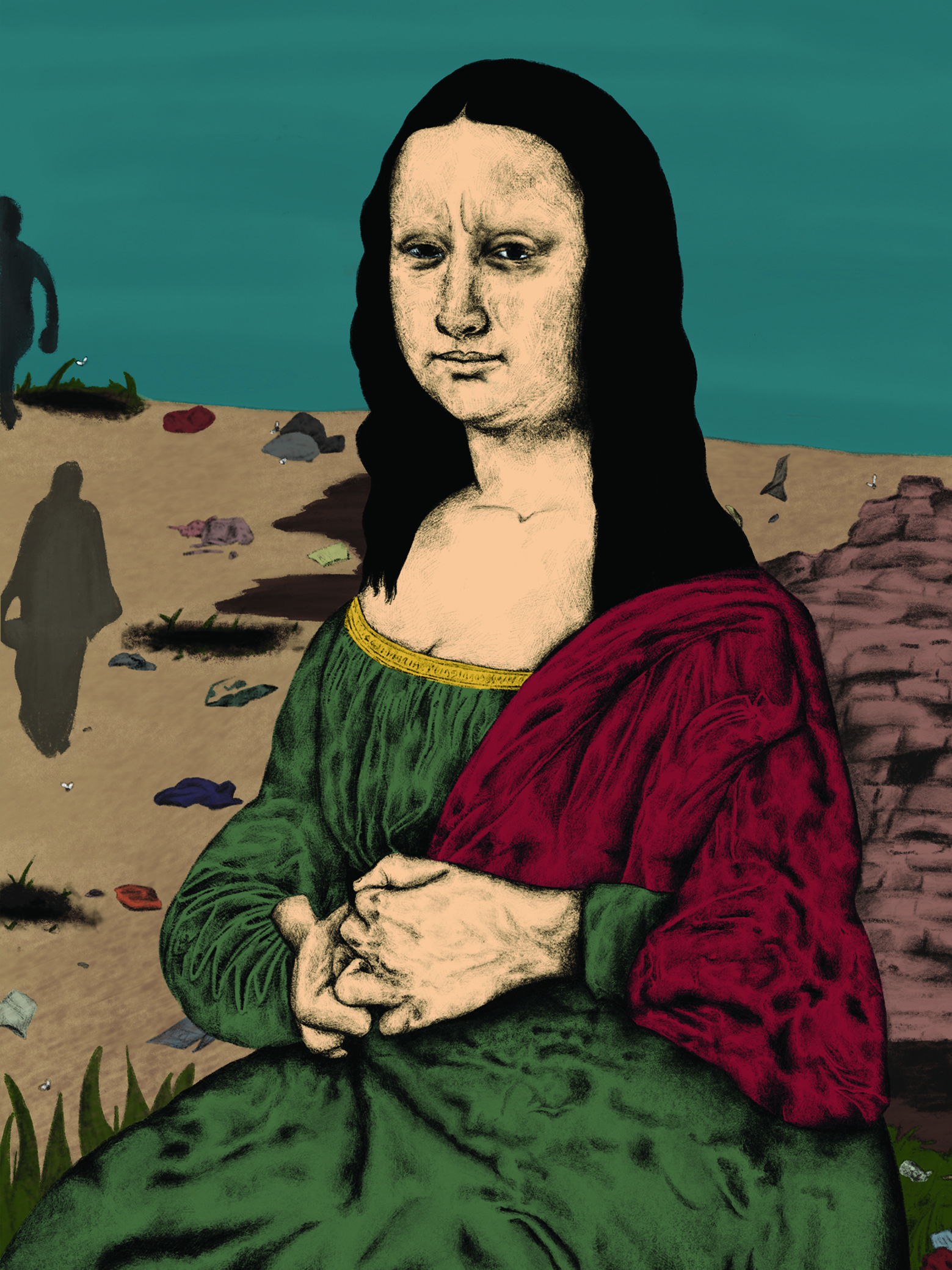 One of the most famous paintings in the world and one of the main pieces that draws in crowds to the real Louvre, there is a lot of debate about what Mona Lisa is thinking or feeling in her portrait.

Jasmine Walsh imagines that Mona Lisa is uncomfortably holding it in until nightfall before she can find somewhere private outside to relieve herself.

In some parts of the world, girls and women can only relieve themselves before the sun comes up or after dark. Without toilets, it’s the only way they can hope for a chance of privacy, but it’s often at risk to their safety and dignity. 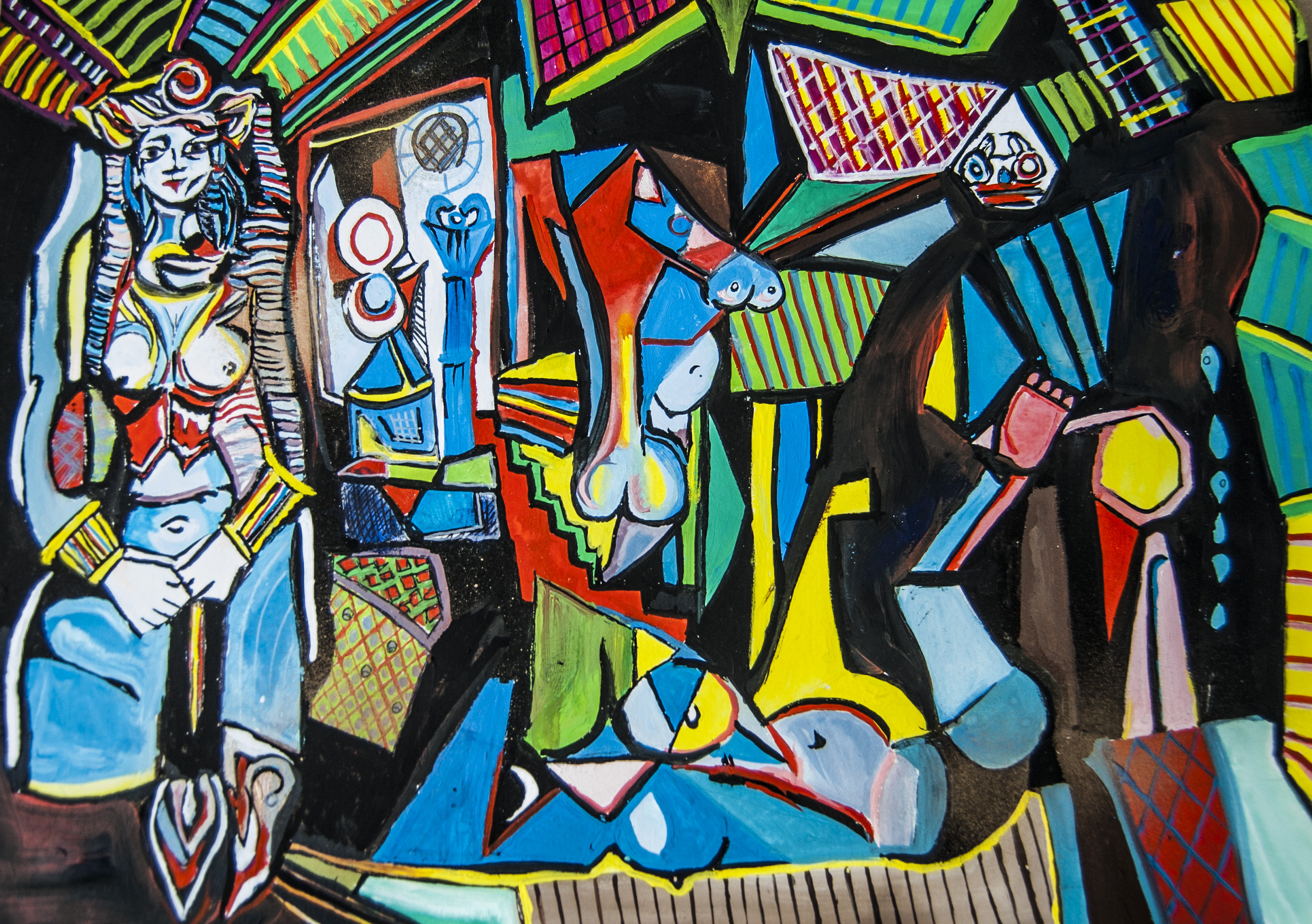 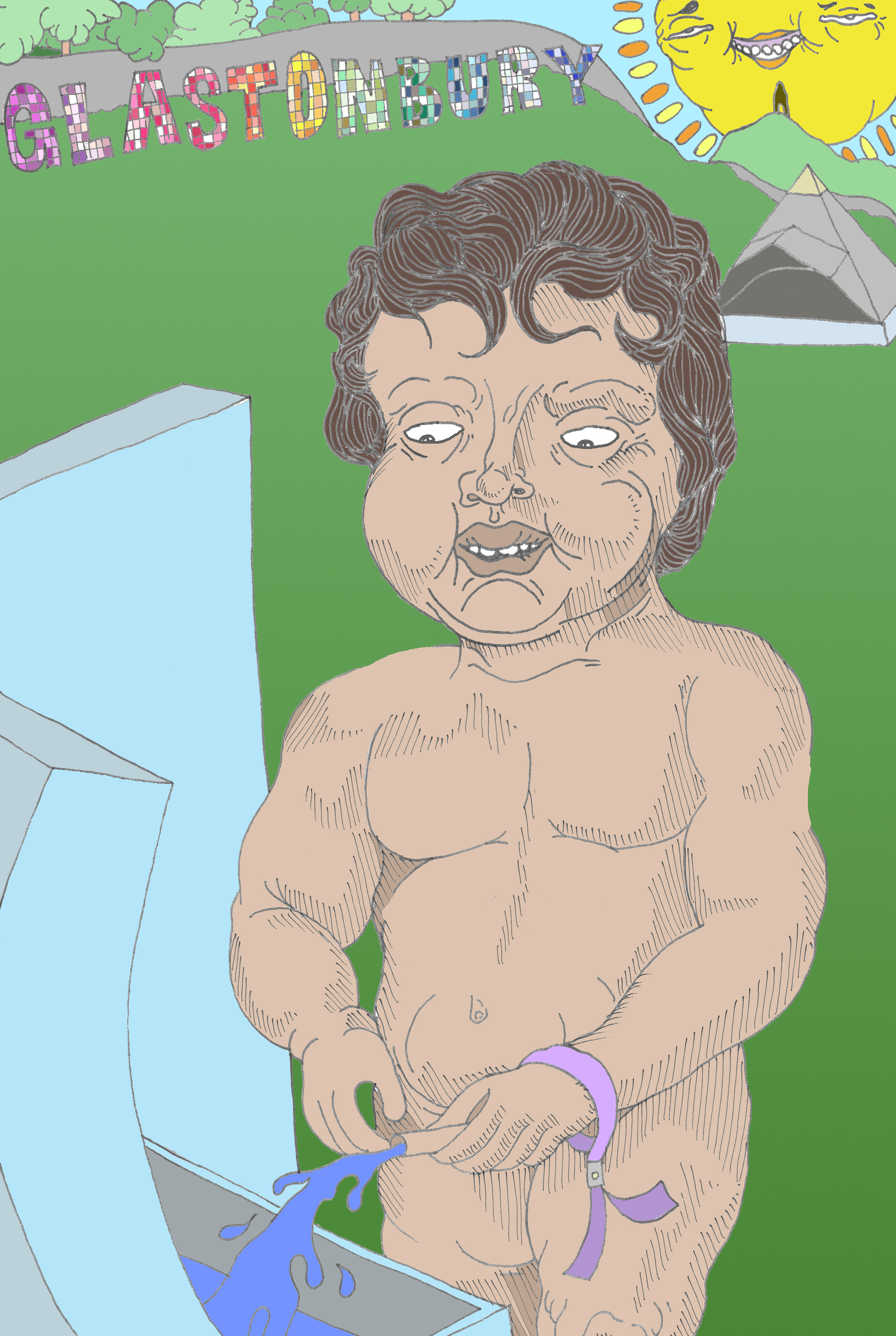 The original bronze fountain sculpture depicts a little boy urinating into the fountain. Harry Colley imagines him grown up using a urinal at Glastonbury Festival. 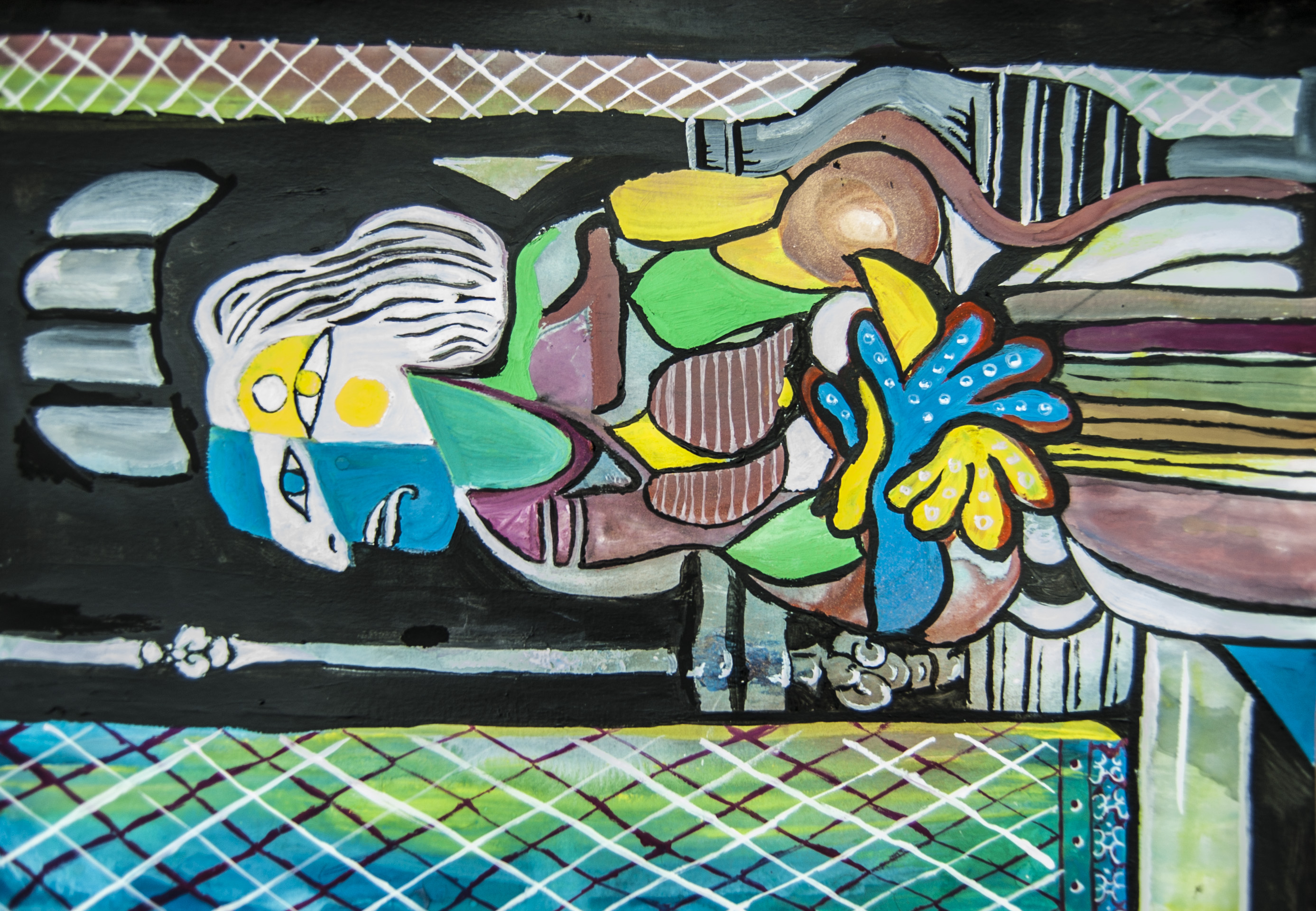 Stella Kline also imagines Picasso’s seated woman who is in pain, needing a toilet but perhaps not being able to find one. 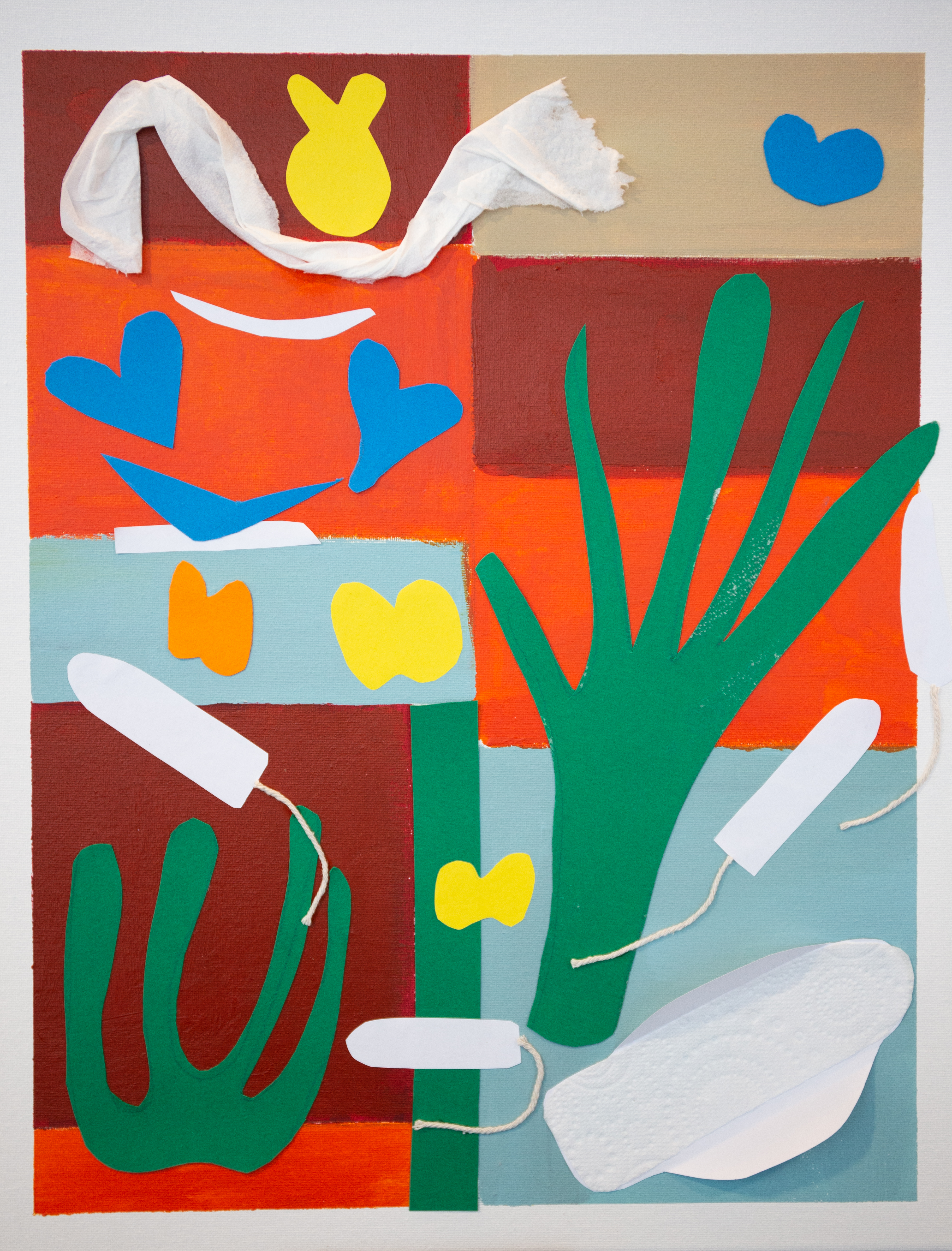 France-Williams recreates Matisse’s artwork featuring period products, which are essential for anyone who menstruates. Yet period poverty around the world means that so many go without, and instead make do with less than adequate solutions at risk to their health and wellbeing.

Glastonbury Festival is one place you really appreciate a decent toilet, access to water and good hygiene.

Our exhibition inside the best toilet on site last year was intended to get people thinking about those in the world who do not have a decent toilet or aren’t able to practice good hygiene all year round.

Without clean water and soap, toilet paper and sanitary products, people are left vulnerable to disease and a lack of dignity.

We wish we could have shared another amazing exhibition with you this year, but for now we hope that you enjoyed this look inside the Loovre.