As a communications officer for WaterAid Bangladesh I regularly write about and photograph examples of bad toilets, as well as the people who have to use them on a daily basis. So I’m no stranger to poor quality toilets in my country, especially public ones.

On many occasions I’ve avoided eating all day, skipped a shopping trip or missed a public event so I don’t have to worry about using a public loo in Bangladesh. But recently on the way to work, I had no choice but to stop at a run-down shopping complex to relieve myself. Little did I know that this horrific toilet experience would haunt me forever.

Broken locks and taps, muddy floors, no toilet paper – just some of the things I saw as I entered the cubicles. But I had no choice, so did my business as carefully and quickly as I could.

On the way to the office I couldn’t stop thinking about all those people who experience this on a regular basis, including those who I've interviewed through my work. Such encounters might be an occasional issue for us – how would it feel if our regular toilets were like this?

I recently met a young girl in the Porabosti slum of Dhaka whose life, and health, has been affected by not having a decent toilet. I was collecting her story for a project between WaterAid and Andrex, which became the focus of a new TV advert launched for World Toilet Day.

Sanjida is a 15 year-old girl with long hair, an infectious smile and a passion for singing and dancing. Extremely shy by nature, she’s the only child of her parents Nazma and Abul. They have been living in the slum for over 15 years in a small ground floor room in a two-story building. 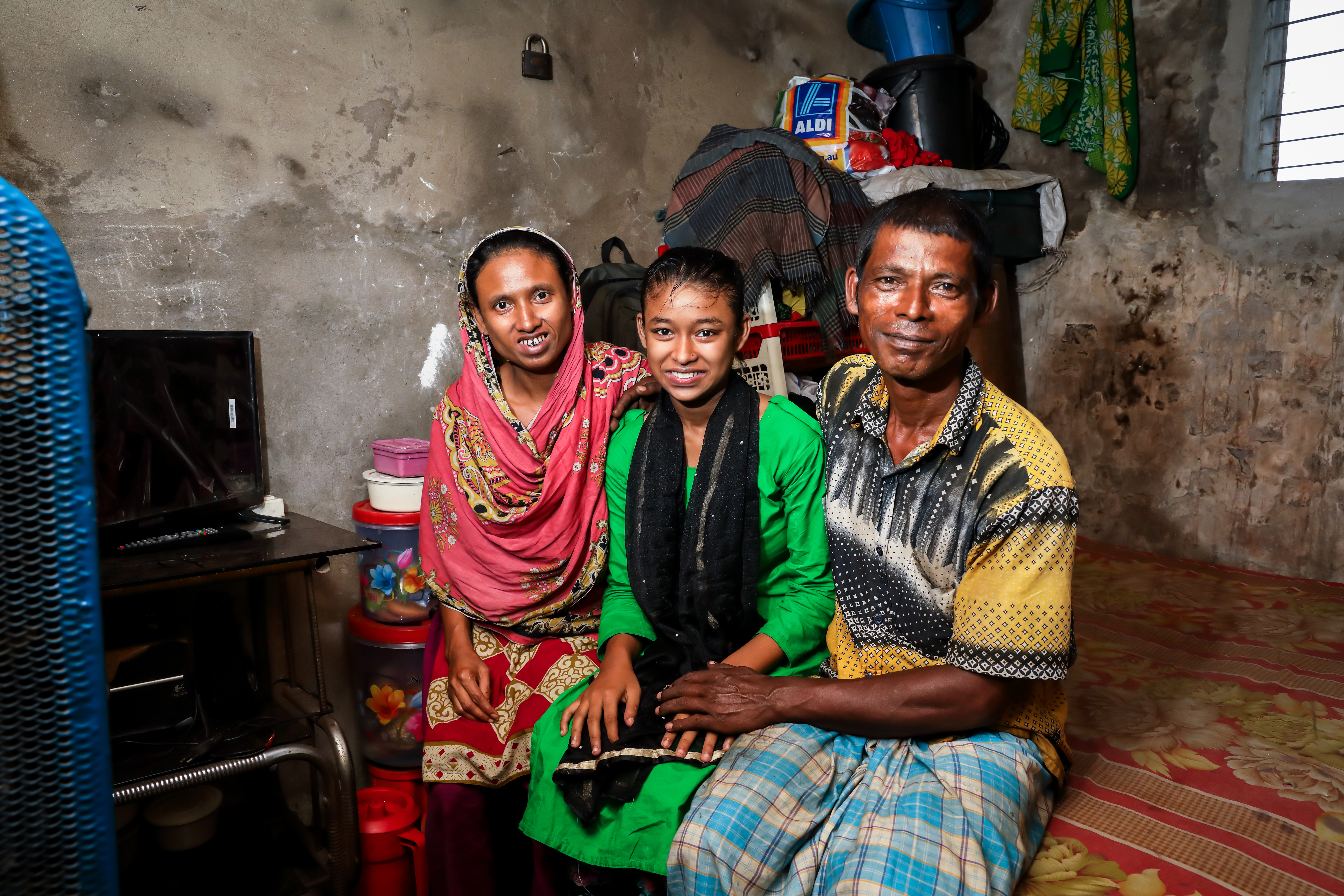 Sanjida with her mother Nazma and father Abul
WaterAid/GMB Akash

Until recently, every morning was a battle for Sanjida – waking up at dawn and queuing to use the community toilet, shared by around 30 other people from her neighbourhood. The wait could sometimes stretch to hours.

Long queues were not the only struggle. Overuse of the toilet meant it was often dirty and overflowing with waste, with unusable taps and broken lightbulbs, clogged drains and a stench that almost suffocated the entire neighbourhood.

For women and girls in particular, broken locks and no gender specific cubicles is a worry over privacy and safety. Sanjida would often ask for help guarding the door from her parents or friends.

“My daughter is growing up. I believe she needs privacy in the toilet but sending her to a shared one with no door locks is worrying,” explained Sanjida’s mother Nazma. 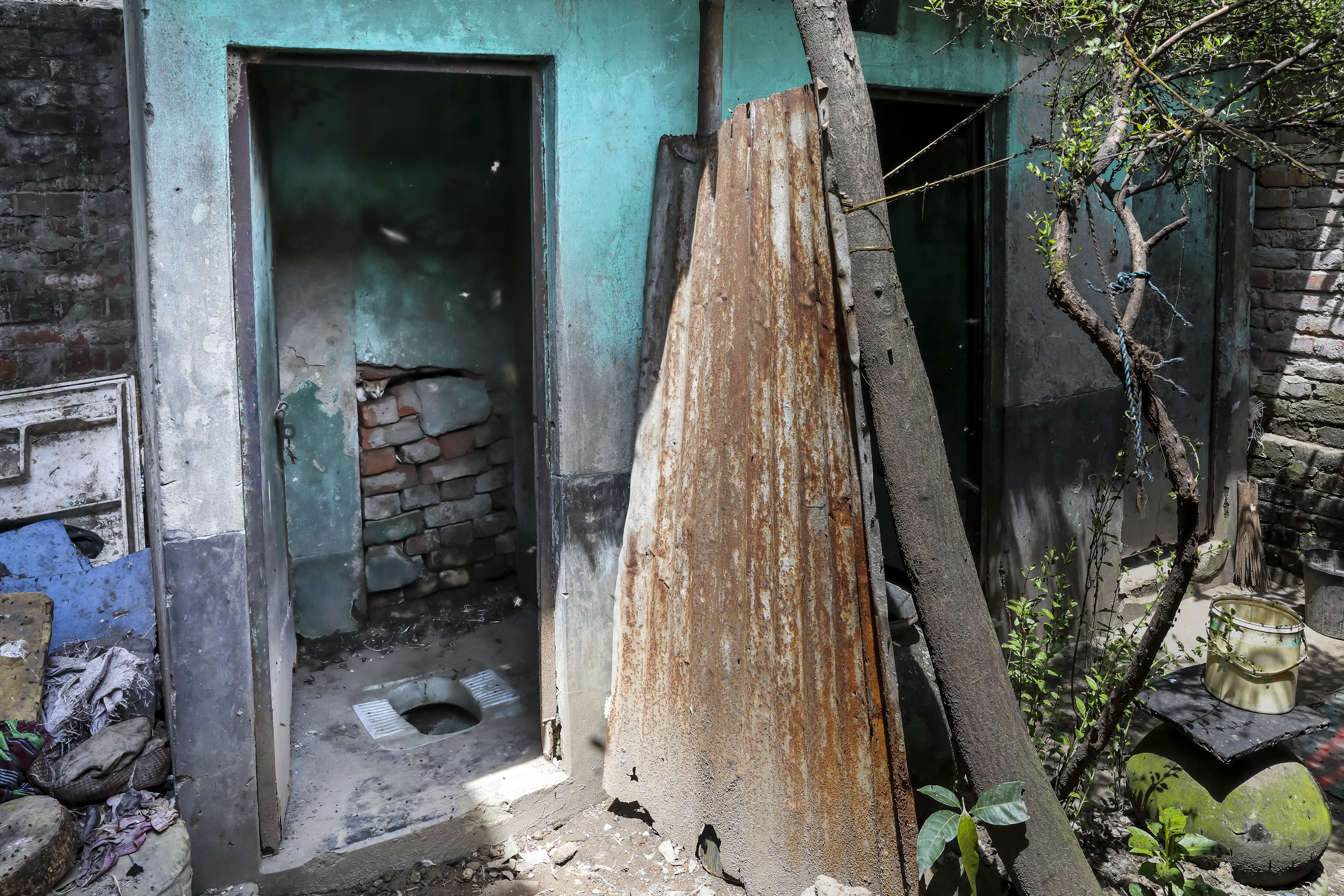 The community toilet in Sanjida&amp;#039;s slum, which was overused and unhygienic
WaterAid/GMB Akash

Reluctant to use the community toilet, Sanjida and her friends would usually hold it in or skip meals so they didn’t need to go to the loo. This started causing Sanjida health problems, especially pain during her period.

“The toilet in the slum makes me want to throw up. Most of the time I have a stomach upset and I end up missing school on those days, which hampers my studies,” she explained.

This scenario, thankfully, is now in the past for Sanjida. She no longer has to wait to use the toilet in the slum. Instead her and her family take a short walk to the new Maniknagar public toilet, built by WaterAid.

The new facility has everything you or I would expect any toilet to have – toilet paper, soap, bins and drinking water. There are also ramps and cubicles suitable for people with disabilities. Things that should be basic human rights, but in many countries are still considered a luxury.

“We only ever saw nice toilets on television. Clean toilets were a distant dream for us. But, now the toilet facility is easily accessible. We use it whenever we need it,” explained Ria, Sanjida’s friend. 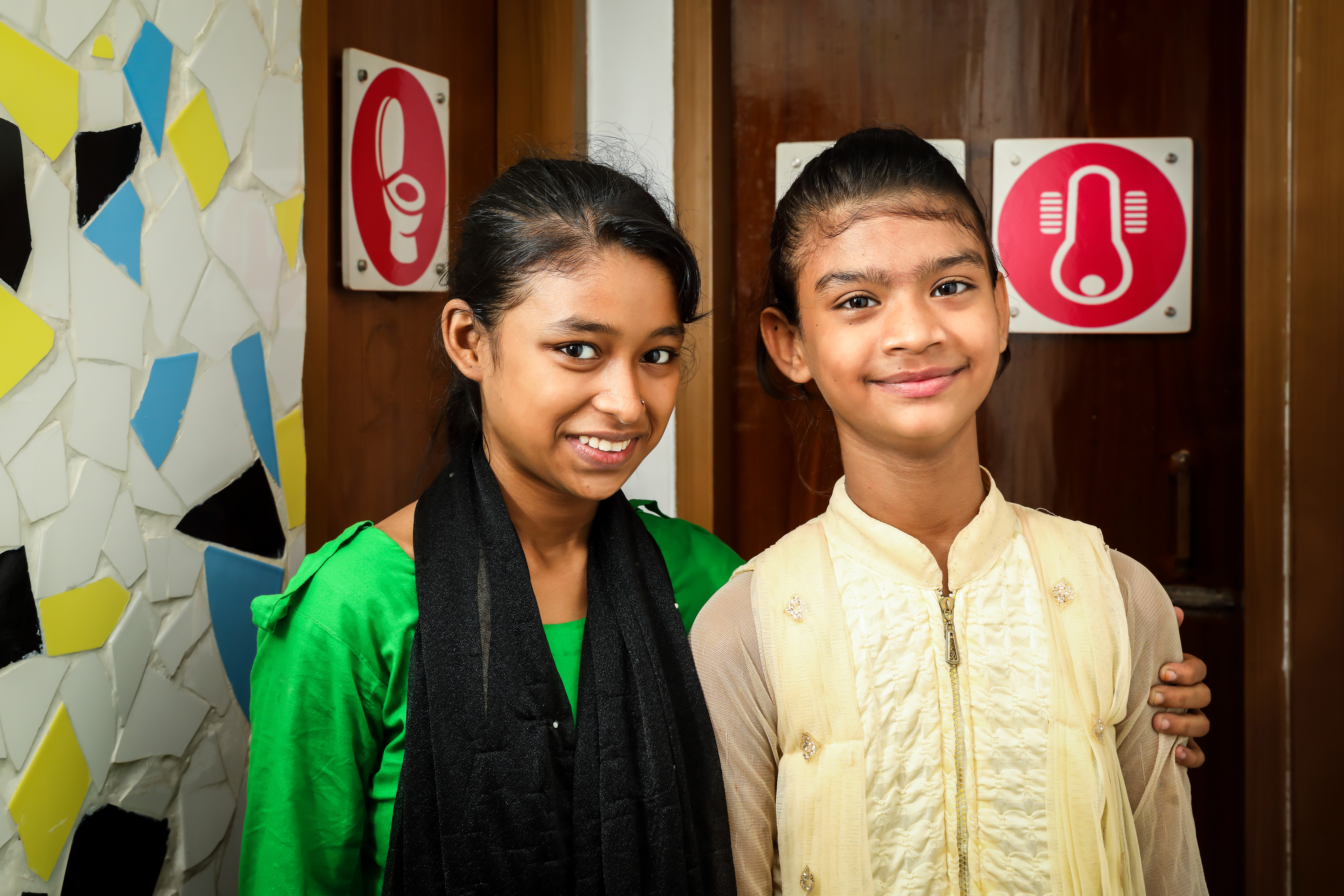 Sanjida and Ria can wash their hands and drink clean water at the new toilets, helping them stay well
WaterAid/GMB Akash

Two female attendants also work at the toilets, showing people how to use them properly and providing a sense of security and dignity for young girls like Sanjida. It also means she's got a safe and clean place to change and wash, especially during her period.

My and Sanjida’s experiences of bad toilets are an all too familiar story. Regardless of our different backgrounds, we have both been denied our human right to a decent toilet at some point in our lives. It’s a right still denied to 1 in 3 people around the world – the number of people who don’t have a decent toilet close to home.

This World Toilet Day, we need to highlight what bad toilets really look like and how they affect people's health. We need to show how important it is that everyone has access to a decent toilet, both at home and in public, so they can live safer, healthier lives.

Find out more about why toilets are so important, and what we're doing to make sure everybody has one

WaterAid and Andrex are working together in Bangladesh to build good public toilets, as part our Toilets Change Lives programme.

Behind the backdrop: photographing life-changing lavatories and the visionaries who built them