How do you spark a conversation about dirty toilets? Raise awareness of the lack of water in your school? Speak out against the taboos surrounding menstruation?

For a group of secondary school students in Lahan, south-eastern Nepal, the answer is both creative and perhaps unexpected: by creating their own news reports on these issues.

Over the past few months, they’ve been working with Mani, WaterAid’s Voices from the Field Officer in Nepal, to learn how to write, film, present and edit short videos.

Equipped with the tools of the trade, they’ve produced The School Report – a series of films telling their own stories, in their own words and style.

Developing new skills – and the confidence to speak out

Taking part in this project hasn’t just given students practical filmmaking skills – it’s given them a new voice, too. 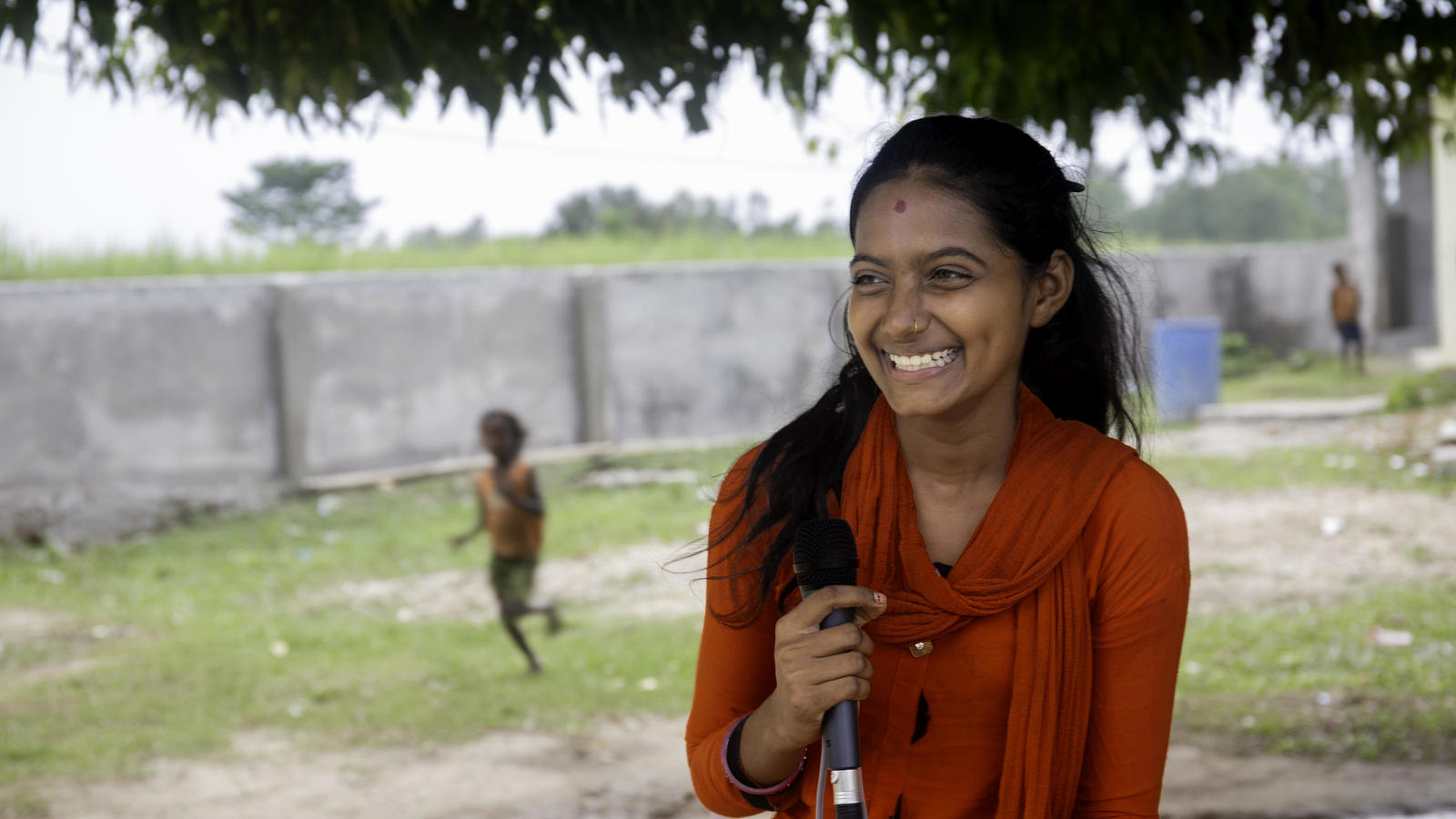 I used to be a shy girl, talking to nobody. But now I can talk confidently, I have no fear to talk with others.
Anjali, 14

In Nepal, more than 1 in 3 adolescent girls leave school after primary education. When toilets in school are broken, dirty and unusable, many girls have no choice but to stay home when they’re on their period – missing important lessons and falling further and further behind the boys in their class.

When the topic of menstruation is shrouded in stigma and secrecy, it can feel impossible to start the conversations needed to bring about change – and it’s this silence that Chadani, Khusbu, Anjali and Sandhya have chosen to highlight in their powerful film.

Later this month, the group will host a screening of their full-length reports, sharing what they’ve learned with their friends, parents, teachers, and even local government officials.

Standing in front of the community and speaking out about toilets, menstruation and gender inequality would be unthinkable for most young people – and that’s exactly where the power of projects like these lies. By sharing their stories creatively through film, this group has broken down some of the barriers to starting uncomfortable conversations.

And, long after work to fix the water supply and build new toilets is complete, these discussions will continue – changing the future for young people here for generations to come.