Global stars, Malian band Songhoy Blues, have officially become WaterAid ambassadors after supporting us for years. The music group from Timbuktu in northern Mali have passionately championed WaterAid and our mission to reach people with clean water, decent toilets, and good hygiene to communities in the world’s poorest places - including in their own home country.

We are delighted that the band will help us to raise awareness through their fans and help us to reach more people with life changing basic services.

The Songhoy Blues, whose name represents their centuries-old traditional ethnic group, use their music as a voice for power and equality. The group formed in 2012 after being forced from their homes during civil conflict.

Their new album OPTIMISME comes in the wake of an insurgent summer and reflects their belief that things can and will improve in Africa as they sing about issues such as gender equality and the chance for young people to help drive change.

Garba Touré, Aliou Touré, Oumar Touré and new drummer Drissa Koné, have a distinctive sound and three albums to date. A combination of traditional Malian beats with western rock ‘n’ roll, has seen them perform at major music events and venues around the world including Glastonbury Festival, the Royal Albert Hall, and Bonnaroo in America. The group has also appeared on the BBC’s “Later with Jools Holland”.

The Songhoy Blues recently headlined WaterAid’s online music event, the Bathroom Sessions, which brought together stars from all over the world to perform virtually from their homes to raise money for our Future on Tap appeal. This winter, WaterAid aims to raise £3 million to transform lives with clean water across the world. The UK government will match public donations before 4 February 2021, up to £2 million, making double the difference in climate-vulnerable communities. 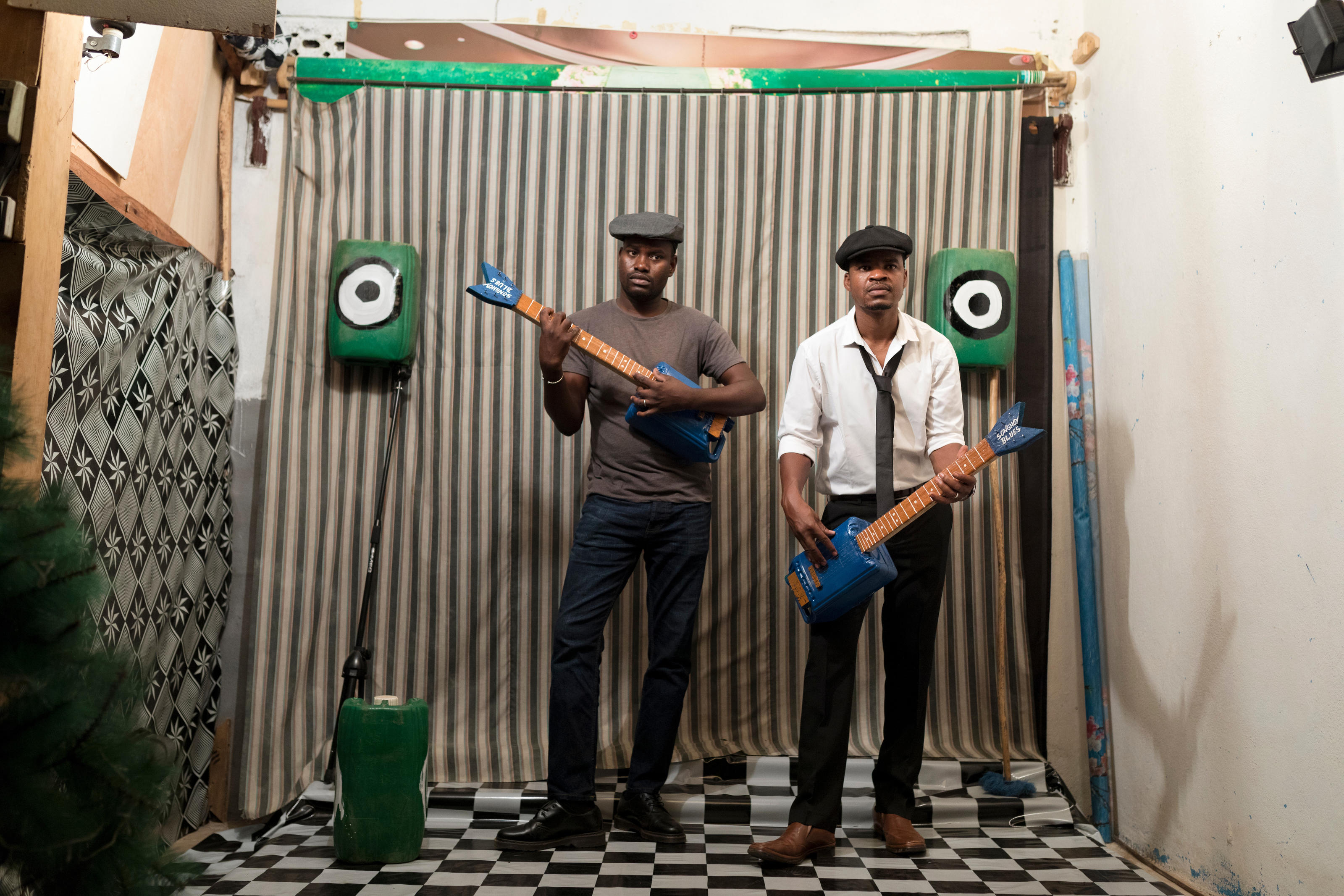 “We’ve supported WaterAid for years because clean water and decent toilets should be available for everyone.  I grew up in the desert where I saw people walk many kilometres to find just a litre of water. It’s an injustice that millions are denied these essential basic human rights.

“What WaterAid does is so powerful for millions of people. That’s why we’re excited to become WaterAid ambassadors, working with the charity to raise awareness of how people’s health, lives, and education are affected when these rights are denied to them.

“Headlining WaterAid’s Bathroom Sessions was an opportunity we’re extremely proud of; we’ve always believed in the power of music to break down barriers, revealing our common humanity and creating positive change for people in Mali and all over the world.” 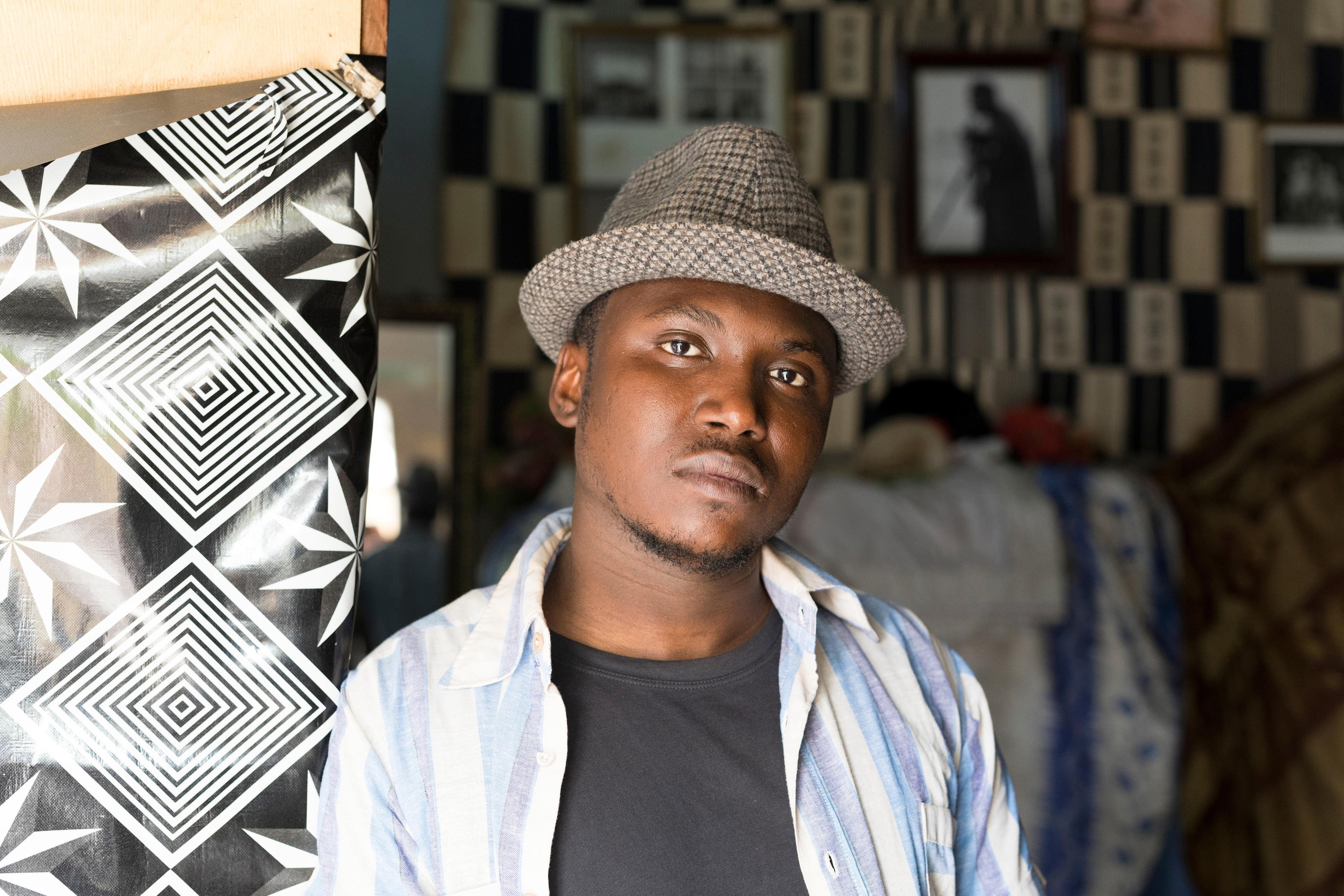 The band chose to perform their bathroom set for WaterAid in Mali’s capital city, Bambako, by a river to highlight the fact that 1 in 4 people globally don’t have access to a decent toilet, with hundreds of millions having to use open spaces as bathrooms. In Mali, 11.3 million – that’s 3 in 5 people – don’t have a decent toilet, and over 4 million – 1 in 3 people - don’t have clean water. It is one of the hottest places of earth, and climate change could make it even harder for people to get water. More than 5,000 children under the age of five die every year from water-related diarrhoeal diseases.

The band members visited communities in their home nation with WaterAid, to hear from families about how the lack of access to water, sanitation, and hygiene impacts on their health and livelihoods. They also visited a range of projects where WaterAid has worked to see how rural communities can be transformed with the introduction of these basic human rights, helping children stay healthy and in school, giving women the opportunity to earn a living, and helping communities withstand the effects of extreme weather. 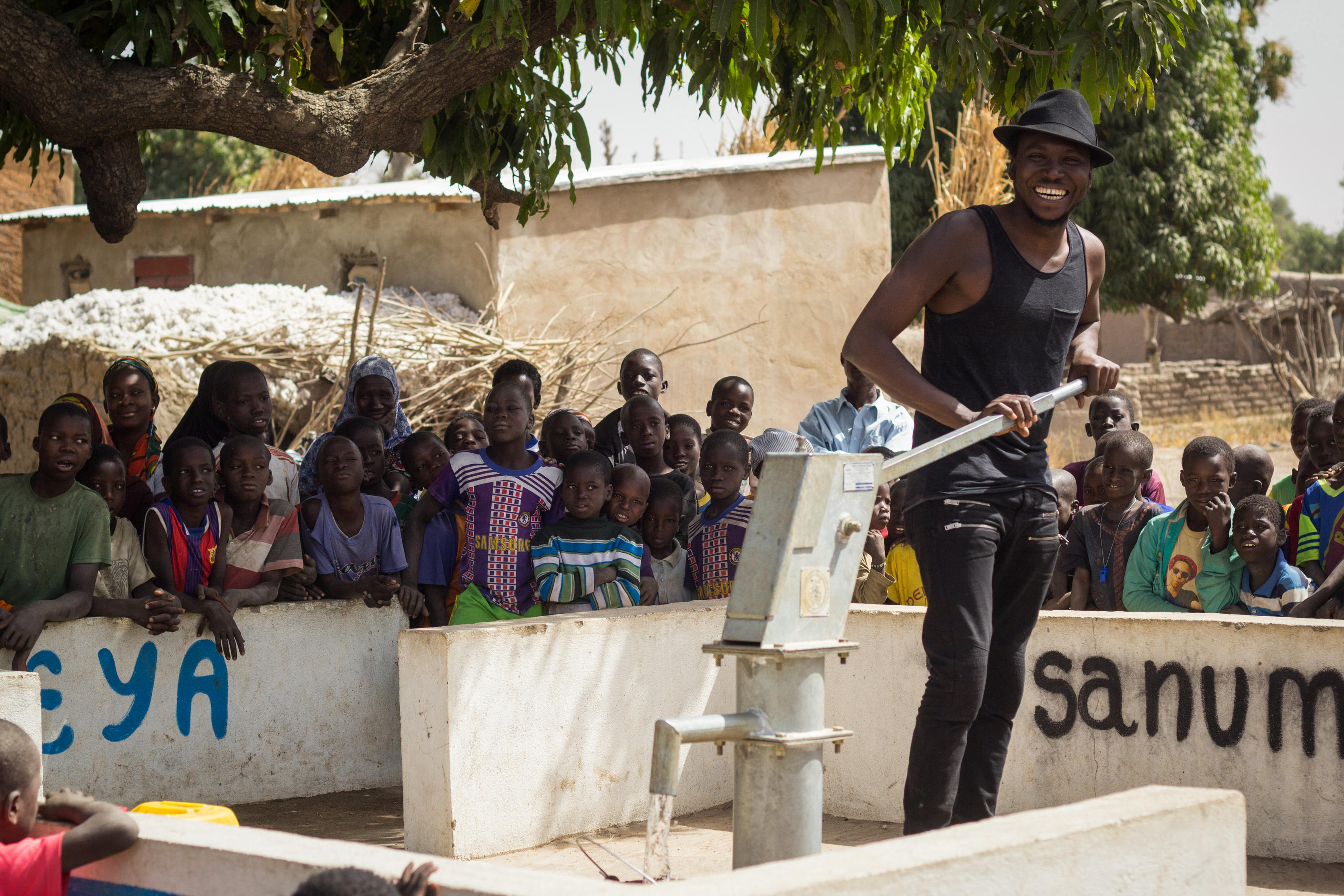 Aliou Touré from the Songhoy Blues checks out the water pump built by WaterAid and the community from Kiene Village, Mali
WaterAid/ Moussa Kalapo

In celebration of the band’s Malian identity and pride in their rich culture, they worked with WaterAid on a series of portraits from the studio of the critically-acclaimed Malian photographer Malick Sidibé, whose famed black and white photos recorded the lives and vibrant culture in Mali’s capital city Bamako following the country’s independence from France in 1960. The photo shoot saw Songhoy Blues recreate some of Sidibé’s iconic images in the studio, now run by Sidibés sons.

Representing Mali’s people and culture through their music, just as Sidibé did through his unique style of photography, Aliou said:

“Malick Sidibe was one of the greatest photographers, part of Mali’s identity. His pictures captured the moment when Malians got their independence. He took the story from the street into his studio.”

We’re thrilled to work and collaborate with the Songhoy Blues. Their passion for Mali and desire to see positive change in their country is inspirational. Their music conveys such optimism and hope for their country and the world, and that in turn drives our determination to reach the most vulnerable people with clean water, decent toilets and good hygiene.