The Archers, sepsis... and a hospital in Tanzania

Last Sunday morning, a few hours after finishing my Mothers’ Day treat of breakfast in bed, I found myself suddenly transfixed, fighting back tears as Will Grundy’s anger at losing his wife Nic, finally ceded to grief. And voiced his fear that his four year old daughter Poppy will not remember her mum.

The Archers’ storyline of Nic’s terrifyingly rapid death from sepsis – acute blood poisoning – after scratching herself on a rusty nail has kept addicts of the radio soap glued for the last couple of weeks.

I am a casual Archers listener, only following the big storylines and not yet imposing on my sons the compulsory silence from 7pm to 7.15 of my own childhood. But this was gripping, heart-breaking radio which instantly sent me back to a very different setting of Kiomboi Hospital in Tanzania.

I was there in June 2015 as part of a WaterAid team collecting case studies and photographs for what would become the Deliver Life appeal to put water and toilets in hospitals and communities to help protect mothers and babies.

We spoke to many expectant and new mothers during our week at the large referral hospital where WaterAid was due to start work to bring clean water and toilets. In Tanzania fewer than one in three health facilities have even a basic source of clean water. One of the first women we met was Zaituni who had just given birth to her fifth child, Mariam, after arriving, in labour, on the back of a motorcycle taxi. 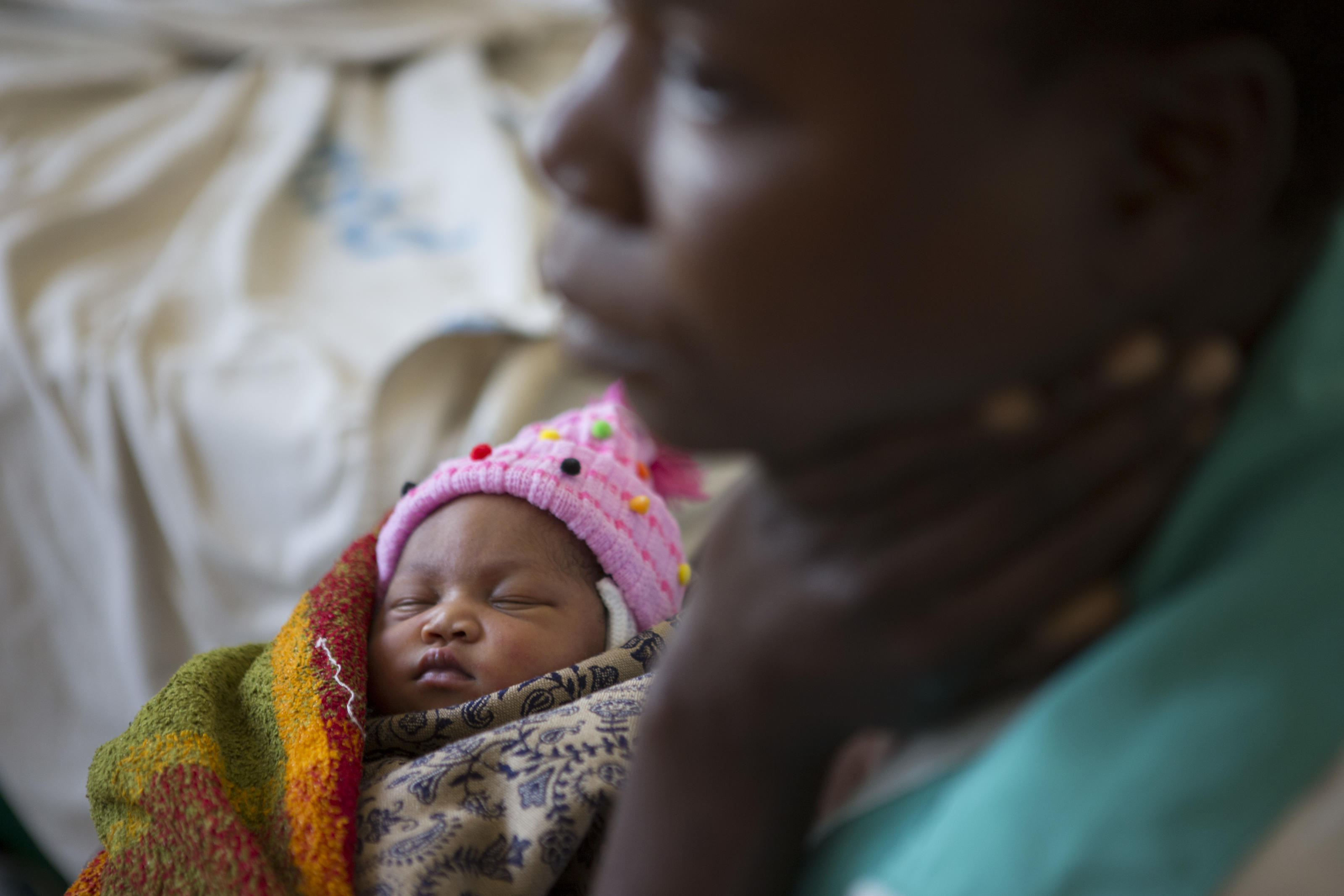 It had been a difficult birth and Zaituni had lost a lot of blood but mother and baby were now doing okay. Like the other mothers on the ward, Zaituni had washed herself in water brought from a dirty pond near to the hospital because that was the only water available. She told us how she felt better once she was cleaned up and felt her strength returning, even though she knew that the water was not clean and didn’t like drinking it.

A few hours later, we said our goodbyes, leaving her sitting under a tree outside the hospital waiting to return home by bus. Then three days later we heard that Zaituni was back, now dangerously ill with sepsis. Daniel, the midwife who had cared for her and her new baby after birth, was now fighting to keep her alive.

Sepsis is caused by an out of control infection spreading rapidly around the body and triggering an auto-immune response to fight it which can shut down organs and if not treated will lead to death. Nic Grundy’s case started with a scratch that was not immediately cleaned; it is likely that Zaituni’s was linked to the dirty water she washed with after giving birth and that her body was already weakened through losing blood.

Kiomboi did not have running water at the time but as it is a relatively large hospital it did have some antibiotics and an IV drip to deliver them. But the unconscious Zaituni desperately needed a blood transfusion and there was no blood bank available. Her mother and sister were begging to donate their blood but the risk of them carrying and thus transmitting Hepatitis B was too great. The hospital’s matron rang round hospitals in the region to see if they had facilities to test blood for the disease with no luck.

Then came a moment when one of the WaterAid team realised that they could help. Showing their inoculation records to the matron, they explained that they would not have Hepatitis B as they had been immunised against it. And so Zaituni got the blood she so desperately needed.

Working for WaterAid, I spend my working life writing about the consequences of not having clean water. The purpose of my job is to play a part in bringing a world where everyone, everywhere has clean water whenever they need it.

Earlier in the visit, I had sat with Daniel as he went through the hospital records which showed how many babies and mothers succumbed to sepsis at Kiomboi. And talked to him about how that felt as a midwife whose role was to bring new life to the world. 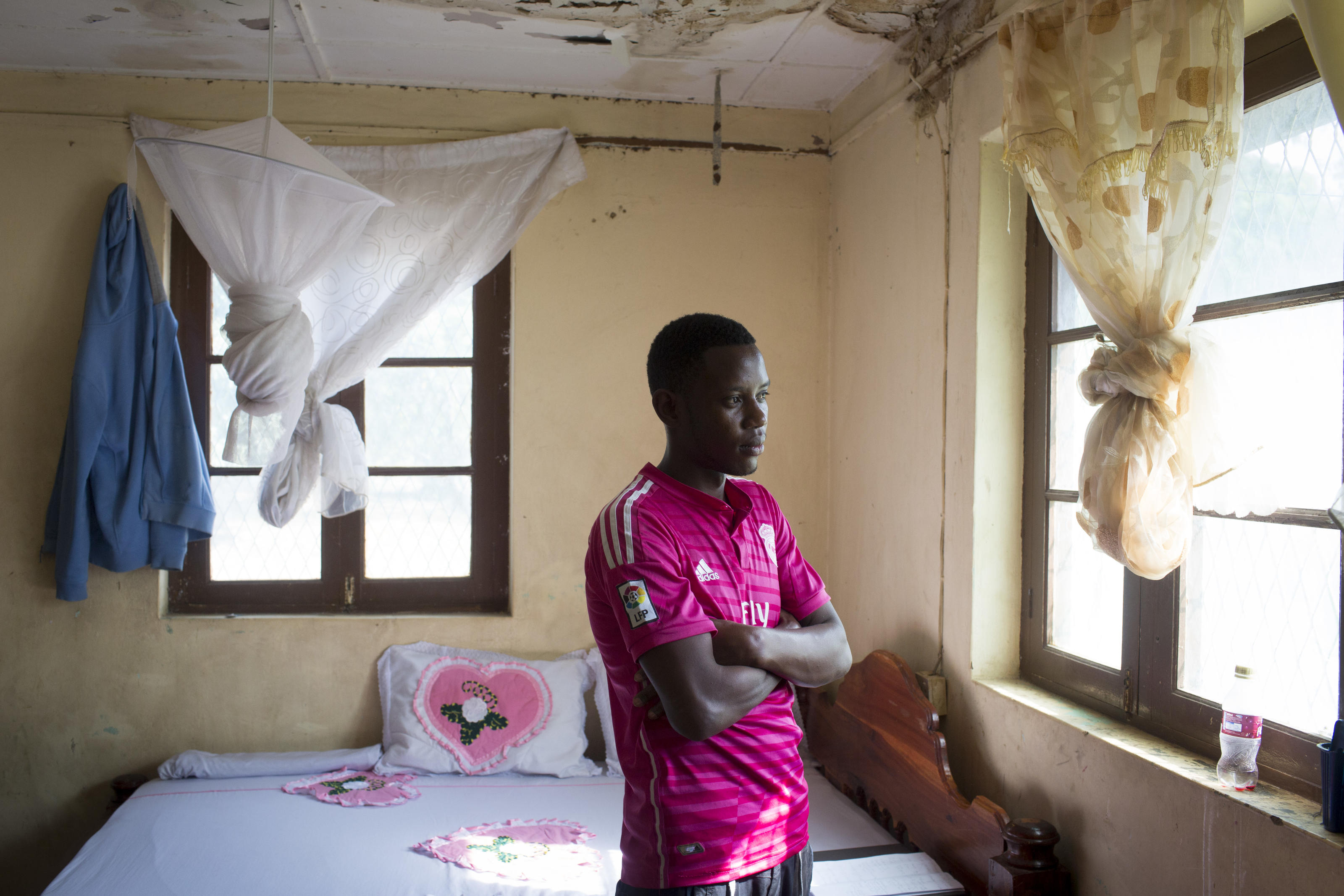 WaterAid/Anna Kari
Midwife Daniel at home near Kiomboi Hospital where he works.

But in that moment in the hot and dusty hospital, knowing that a young mother was fighting for her life I felt a rage that I had not felt in my work before. A rage that Zaituni was facing death just because she happened to be giving birth in a country where hospitals often don’t have clean water. A rage that Mariam might never know her mother. A rage that over 150 years after the link between unhygienic conditions and maternal mortality was discovered, this hospital along with countless others still did not have working taps.

We returned home to the UK the following day, knowing that the young mother was improving but not yet out of the woods.

Then a couple of days later, Daniel got in touch to say that Zaituni had returned home to her family. And my shoulders dropped a little with relief.

Now at whatever time of day a woman gives birth at Kiomboi hospital, she will never have to wash in pond water. But we should not let our rage ebb until there is clean water for every mother and baby in every hospital, everywhere, always.