The salt flats of Dallol, Afar, in Northern Ethiopia are one of the hottest and driest places on earth. The average temperature soars over 40 degrees. There is virtually no rainfall. It’s the last place you’d expect to find a photo shoot happening, let alone one with such a riot of colour – bright blues and reds of dresses, painted wooden structures and black and white striped flooring.

But that’s exactly why renowned Ethiopian artist Aida Muluneh chose it as the setting for her latest series of work, ‘Water Life’.

Commissioned by WaterAid and supported by the H&M Foundation, Aida’s photos address the undeniable impact living without access to clean water has on women’s lives and futures.

The artist tells us in her own words why she was so interested in doing this work, why she chose to focus on women and the message she wants viewers to take away from it…

Climate change, land scarcity, overpopulation – all of these global issues ultimately relate back to water, or lack of it. We’re already seeing the effects of droughts, of wells running dry, and I can see a future where the most precious commodity isn’t oil but precious water.

Globally, one in ten people have no clean water close to home but in my home country of Ethiopia, it’s almost four in ten. Coming from a family of farmers, I’ve experienced first-hand the angst caused by waiting for the rain to fall. It affects everything – from your livelihood if crops can’t grow, to your health if the water you drink is dirty.

That’s why I felt it was so important to do this collection for WaterAid, because water is the future.

I chose to focus my collection on women because in places where people don’t have access to clean water close to home, it’s nearly always women who bear the responsibility for collecting it.

Every time I travel through the African continent I see an all too familiar line of women waiting for water, often clutching the yellow jerry cans that have come to symbolise the problems associated with poor access to water. But it wasn’t until I started working with WaterAid that I realised just how far-reaching the impact is on women, especially young girls. 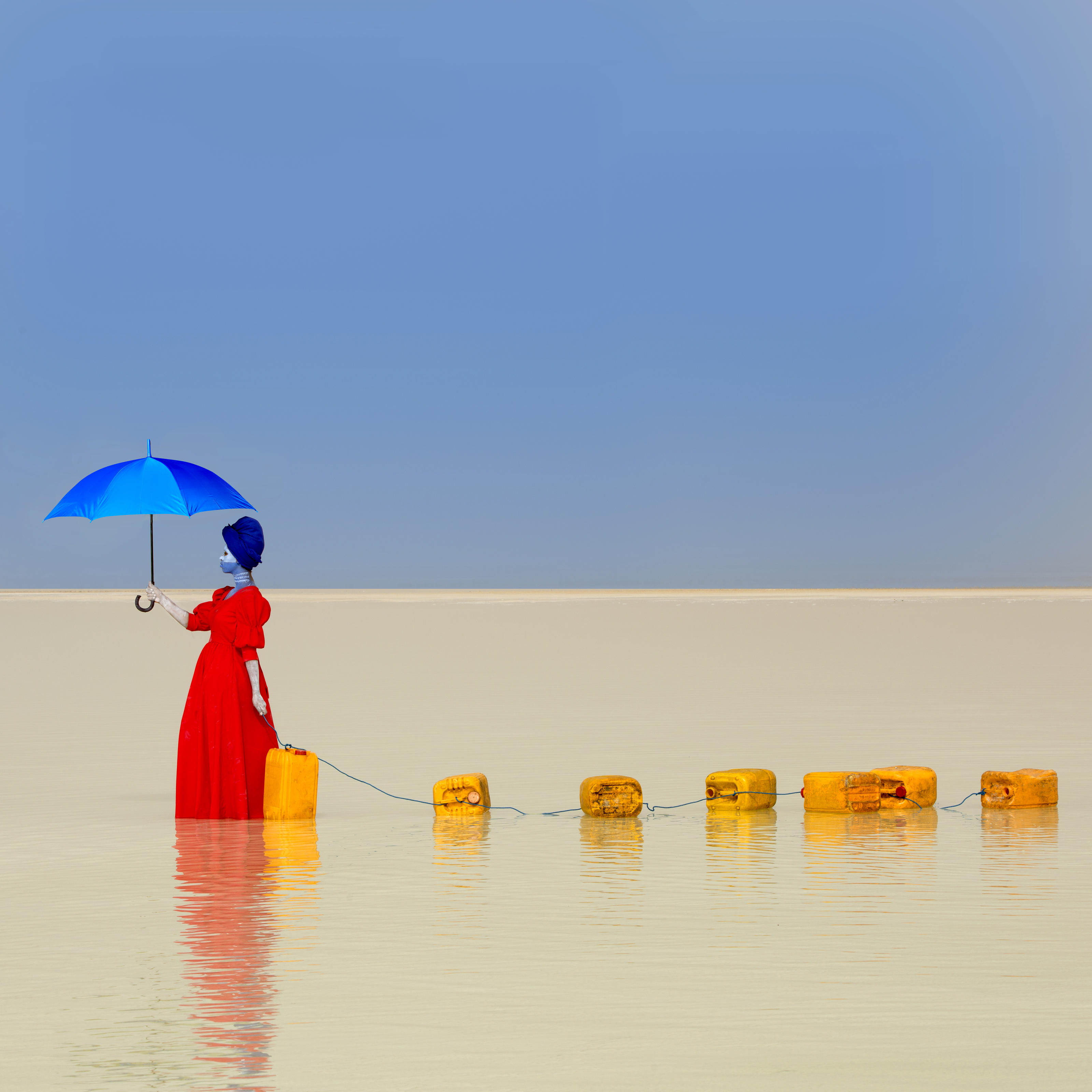 I couldn’t stop thinking about the time it takes to collect water. Today, and every day, girls and women will spend more than 200 hours walking for water.

If a young girl has to spend three hours transporting water, whether for cooking, feeding, bathing, or drinking, that’s three hours she could have been in school, getting an education.

By denying young women access to clean water, we are denying them the chance for an education or steady work, the chance to become the leaders of tomorrow, and the potential to help our nations flourish.

To highlight the impact of access to water on women’s lives, I could have documented women collecting water or digging wells in a very factual style, much like a journalist. But we’ve seen these pictures so many times before. It’s what we’ve come to expect when people talk about the issues Africa faces.

Instead, I wanted to create images that showed the challenges of water scarcity, but also emphasised the strength and resilience of the women who face these daily difficulties, as well as the beauty, heritage and culture of the continent. 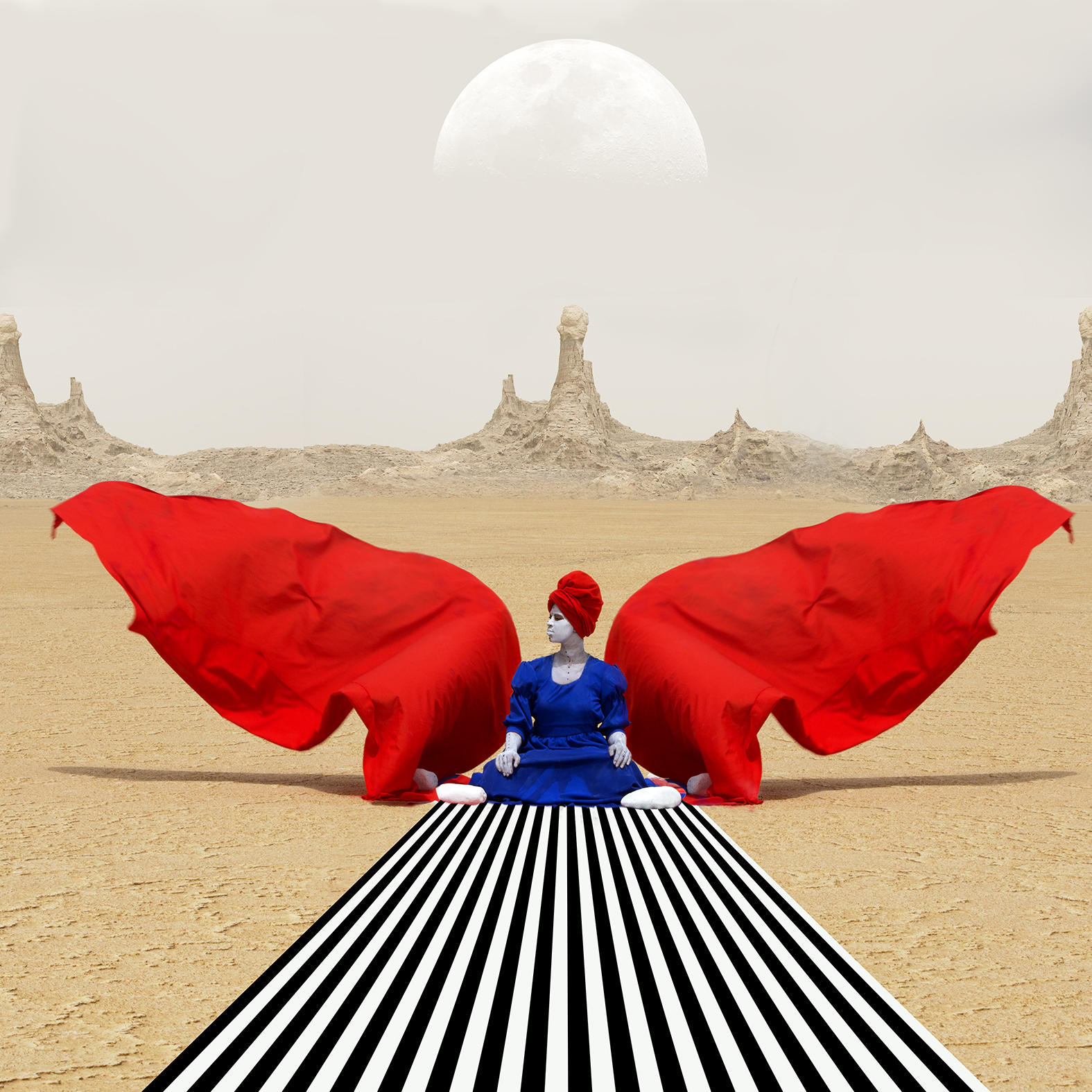 The location of the shoot was also really important in emphasising the notion of water scarcity and how huge an impact it has on society. In the west we take for granted how easy it is to get clean water. But in a place as remote and dry as Afar you’re constantly reminded that that isn’t the case for everyone.

I could have easily edited my portraits onto the background without actually shooting in Afar, but I was certain that I wanted to go there and experience it for myself. I wanted to be confronted by the harsh and aggressive environment, to feel the heat and understand how people live in these kinds of conditions.

I’m at a point in my life and career where I’ve realised my art can have more purpose than just hanging on a white wall in a gallery. I want it to convey a message, to transmit an idea to different people regardless of age, class, race or nationality. In this instance, I hope Water Life shows people that Africa is a continent with a future, full of strong women who play a really important role in society. But without access to clean water close to home, there will always be an inequality where young girls and women miss out on school, work, good health and the opportunity to help their nations flourish.

Aida is a photographer and contemporary artist, based in Addis Ababa. She is the Founder and Director of the Addis Foto Fest (AFF) and has been a jury member on several prominent photography competitions.