It wasn’t so long ago that piped water in homes and indoor, flushing toilets weren't normal things to expect in the UK.

Outdoor toilets and collecting water in living memory in the UK

Some of us still remember being told stories of having to collect water when pipes froze.

Up until the 1950s and 1960s it was quite normal to have to use potties in the winter, so as to not brave outdoor toilets.

WaterAid supporter John and his sister Jean remember using an outdoor toilet, during their childhood in Rufford, Lancashire in the late 50s. 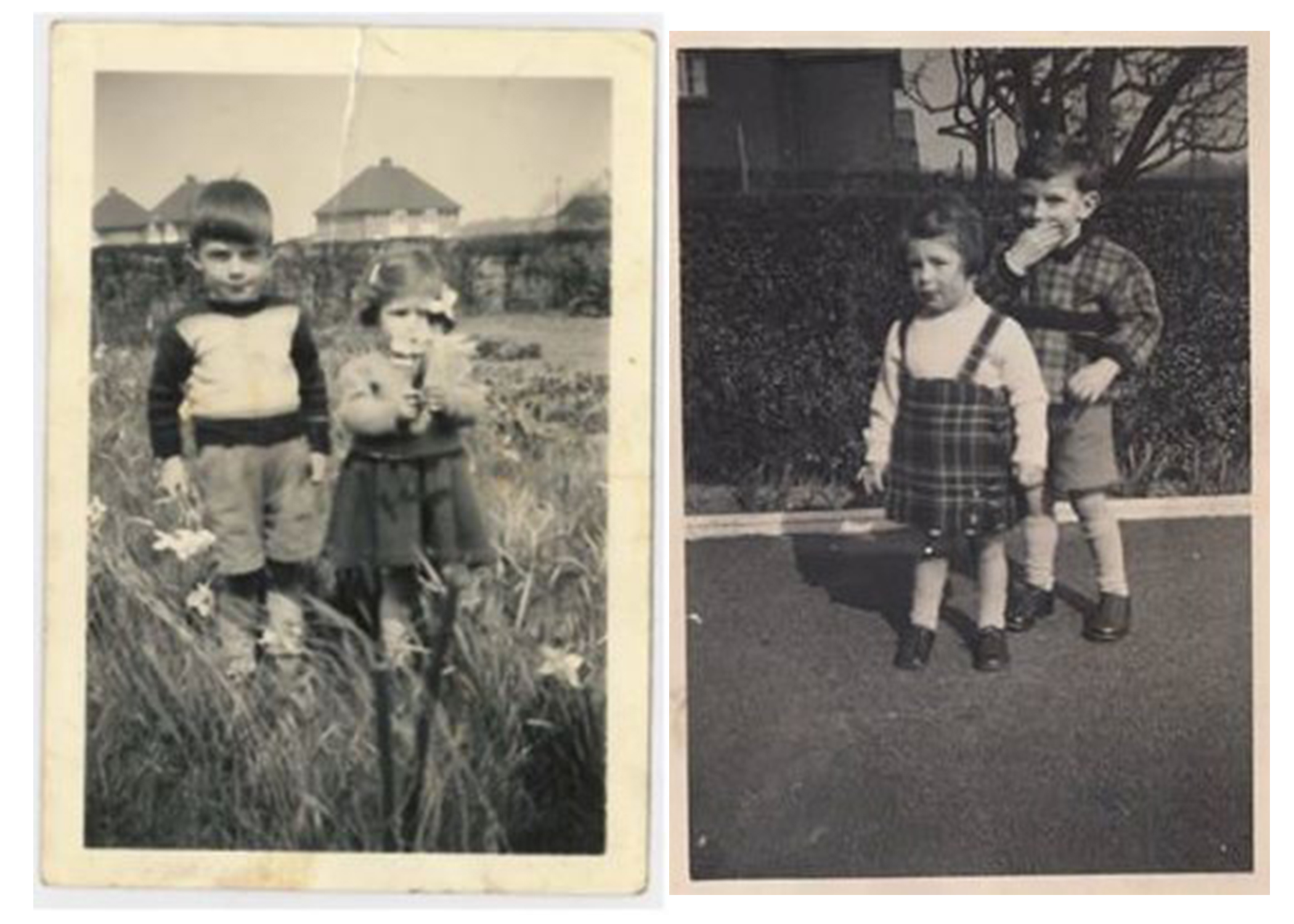 Siblings John and Jean as children in Rufford, Lancashire in the early ‘60s.

Jean recalls: “Our outside toilet was a piece of wood with a round hole and a bucket underneath. My main memory would be the smell; it wasn’t very pleasant!

"I remember people coming to empty it every week, or possibly every few days.”

John’s recollection had a slightly different focus, however!

(to Jean:) “You seem to recall much more than me. I remember when we moved house, to one with an indoor toilet, because it was on FA Cup Final Day 1960 and my team lost."

Jean pointed out that girls and boys have different experiences when it comes to inadequate sanitation.

“Maybe I remember it more being a girl, as you always sit down for every visit!

"When we moved we had two flushing toilets, one inside and one out. It was a bit of a luxury.”

Children in the UK wouldn’t think of a flushing toilet today as a luxury, it’s now considered normal.

Jean told us: “I talk to school children about our local history and some of them can’t believe what we had when we were young.”

In the early 19th century, waterborne diseases such as cholera plagued the UK. In one outbreak in 1831, cholera killed 32,000 people. It wasn’t until 1854 that the link between cholera and contaminated water was discovered.

Child mortality was high, and life expectancy was low.

During a hot summer in London in 1858, the unbearable smell of untreated sewage that filled the River Thames sent MPs fleeing from the Houses of Parliament. This was known as the ‘Great Stink.’ Something had to change. 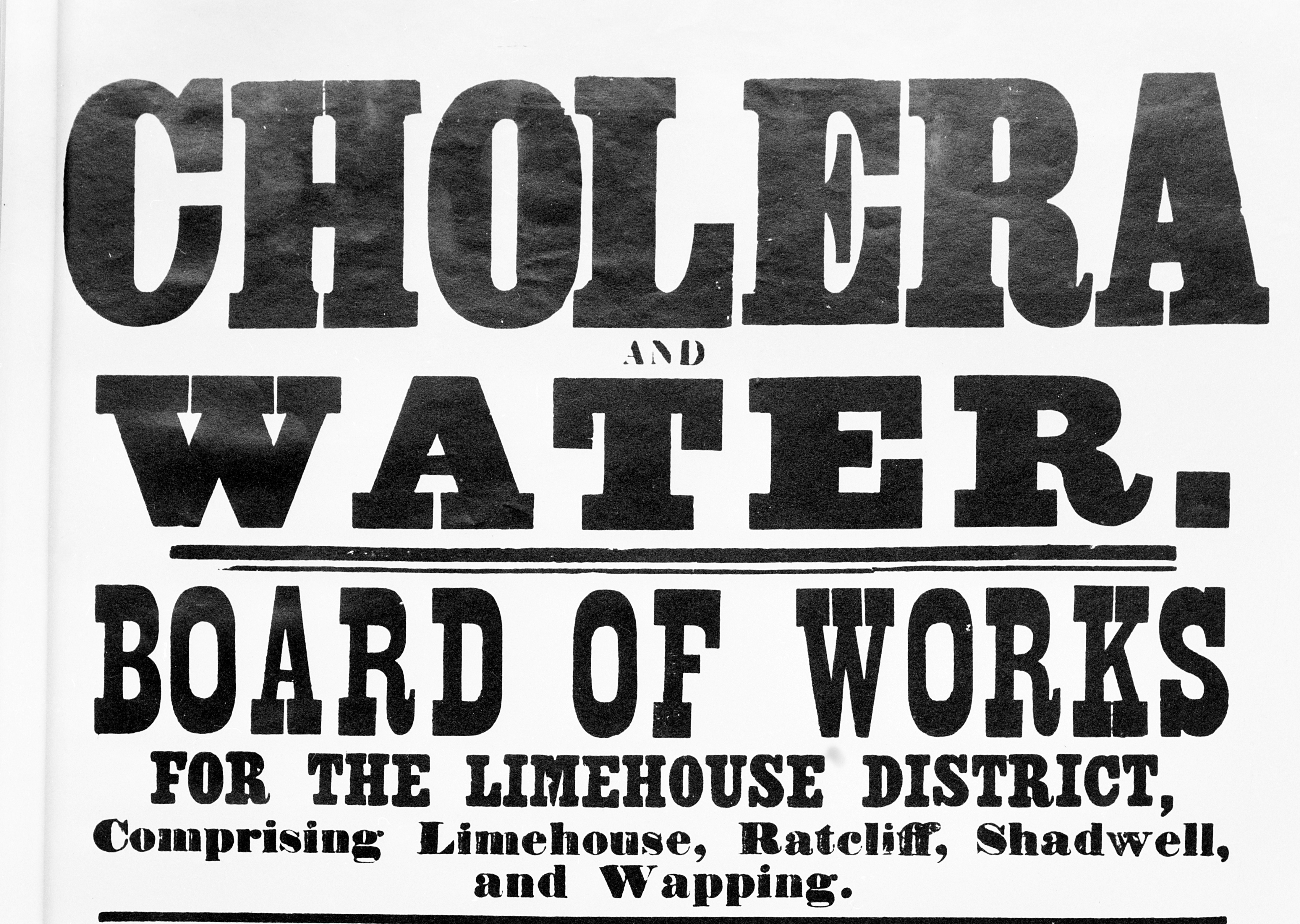 Between 1865 and 1875 a new sewer system designed by Sir Joseph Bazalgette meant that waste was no longer dumped onto the shores of the Thames, ending the cholera outbreaks in London.

By the end of the century, local authorities were required to provide water, drainage and sewerage, and living conditions improved.

In the decade that followed, advances in water, sanitation and hygiene led to improved living conditions and better public health. It took lobbying, investment, research and courage for clean water and decent, private toilets to be normal in the UK, and the cholera epidemic became a distant memory.

For 6-year-old twins Kanto and Toky and their older brother Faly who is 9, that struggle for clean water and decent hygiene will also be a distant memory by the time they grow up.

The siblings said: “We no longer fetch water from far away!” 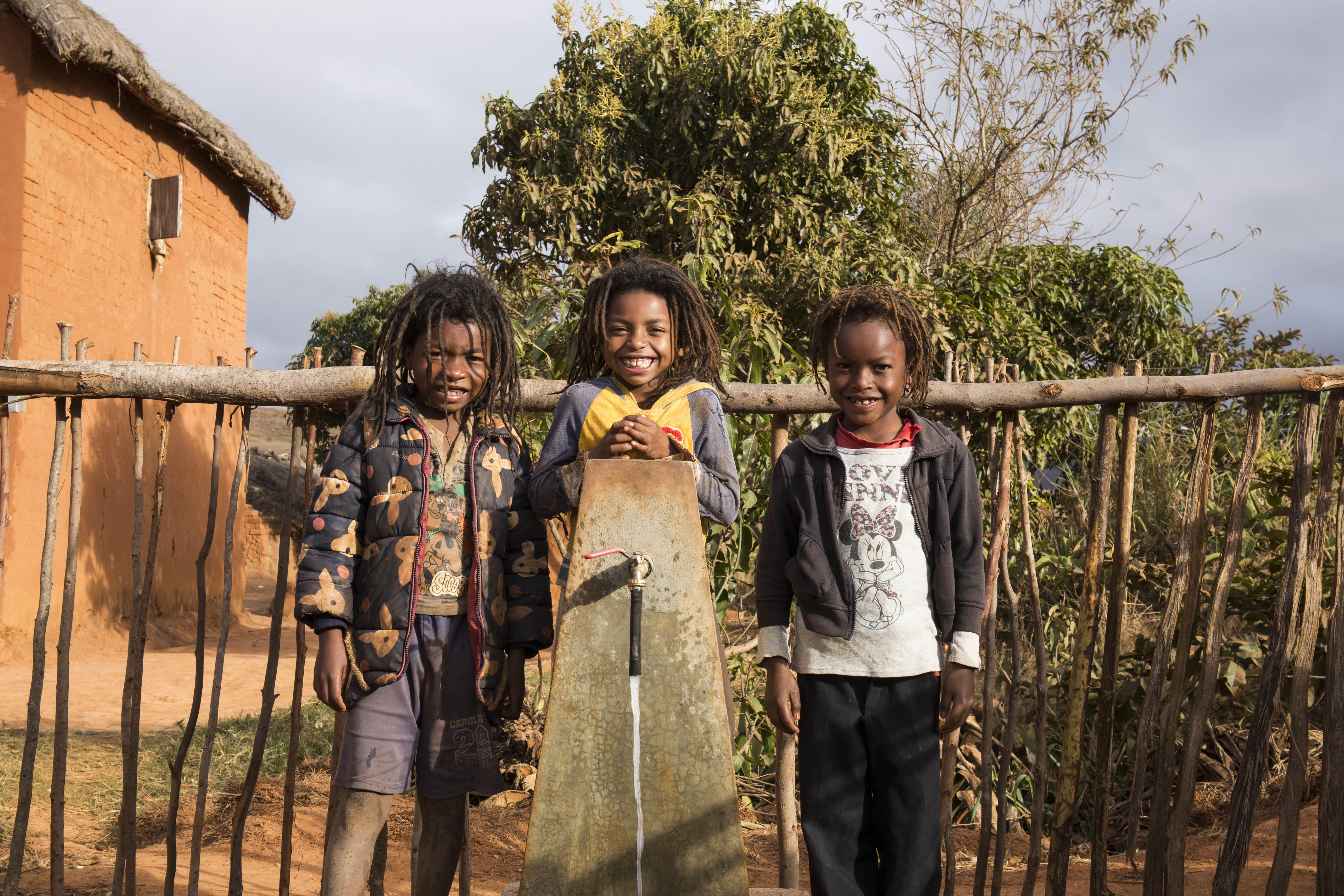 Faly, 9, with his sister and brother who are twins, Kanto and Toky, 6 at their new water point near their home.
WaterAid/ Ernest Randriarimalala

One of the twins, Toky, showed us how he washes his hands after using their newly built toilet. Washing your hands is essential to stop the spread of diseases. 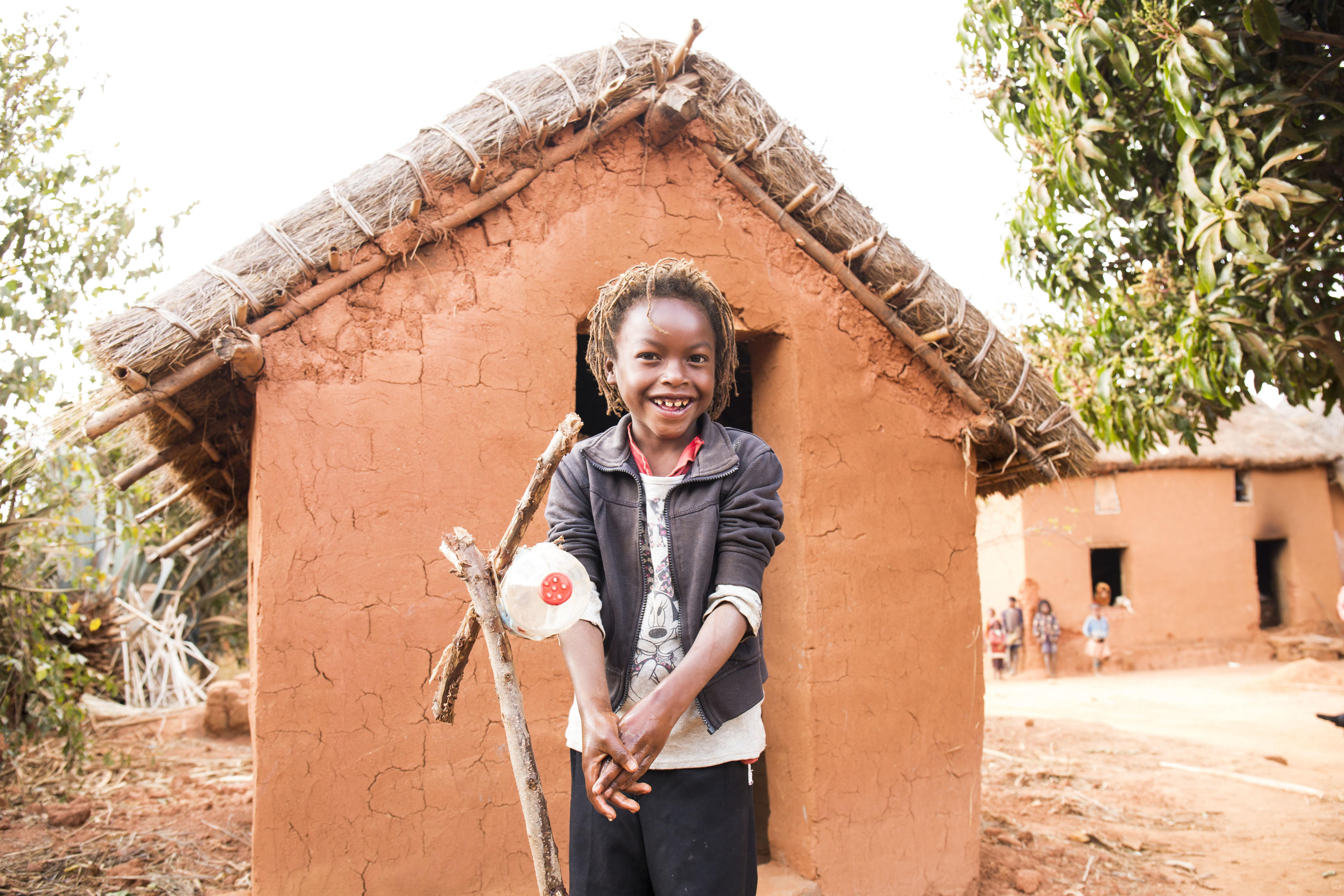 Sister and brother, Kanto, 6 and Faly, 9 enjoying a splash of clean water for the first time.
WaterAid/ Ernest Randriarimalala

For these children, clean water, decent toilets and good hygiene will create a ripple effect.

The children will see improvements to their health, and their futures are now full of boundless potential, since they no longer have to spend their childhood collecting water or falling ill from dirty water and poor sanitation.

The children can now be happy, healthy and they can spend their childhood playing together.

Running, clean tap water, a decent toilet and good hygiene is normal in the UK.

These things will now be normal for these siblings and their community. 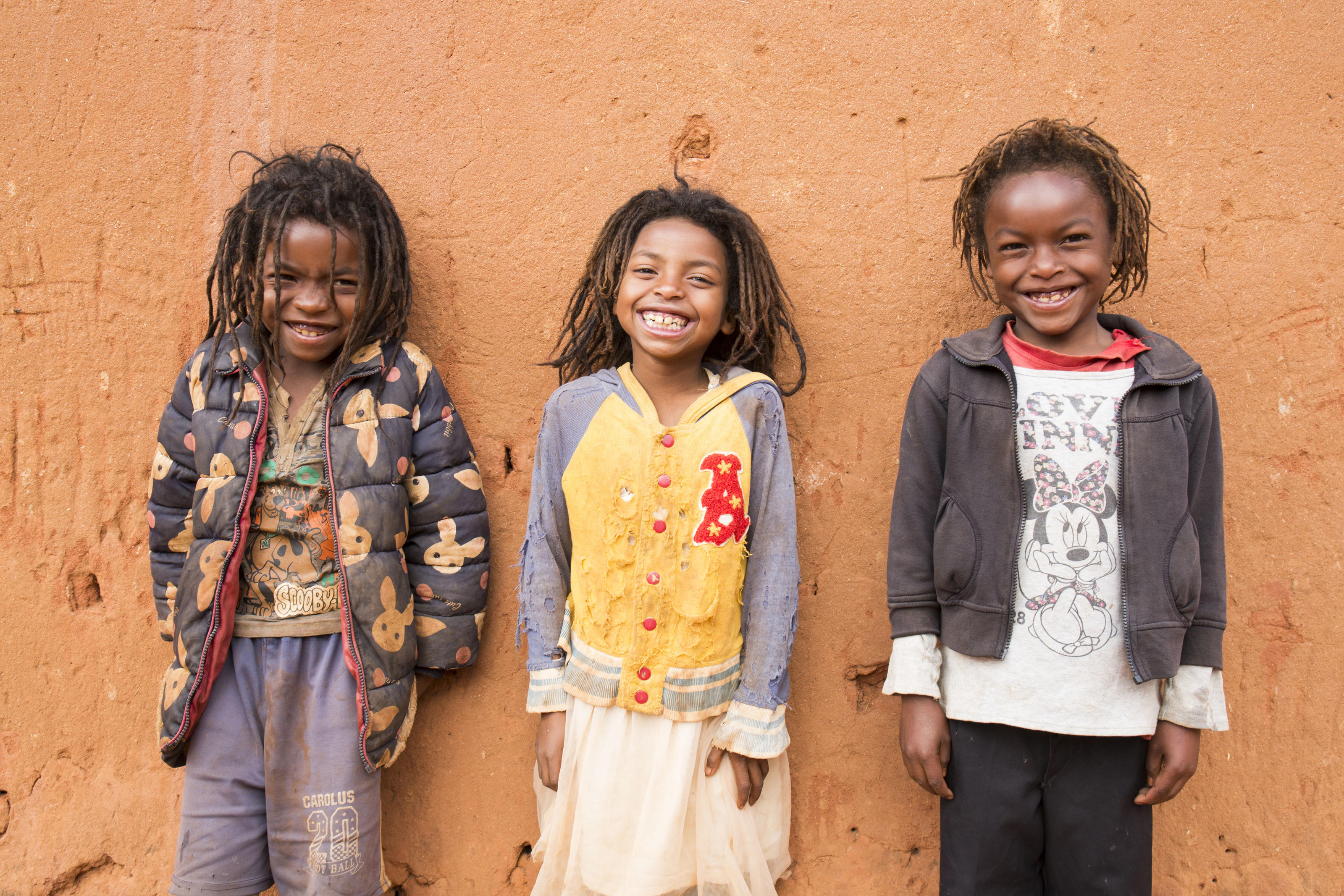 Brother and sister Kanto and Toky who are twins aged 6, with older brother Faly who is 9, near their new water point by their home.
WaterAid/ Ernest Randriarimalala

There are still millions of children who live without clean water, decent toilets and good hygiene.

One way you can change the lives of children like Kanto, Faly and Toky forever is by including the wonderful gift of water in your will. To find out how, please request your free guide today.

Order your guide to including a gift in your will