New survey shows a lack of period knowledge across the UK, as WaterAid launches #PeriodProud campaign

New survey shows a lack of period knowledge across the UK, as WaterAid launches #PeriodProud campaign

In the UK, 1 in 8 women didn’t know about periods until they started menstruating, while a worrying number still believe myths like you shouldn’t exercise and cannot get pregnant while on your period, and 1 in 10 cannot always afford sanitary products, according to new research released by WaterAid.

Despite more education about periods in school, still nearly one in twelve (8%) women in the 16 - 24 age group only learnt about menstruation with their first period. For those women born in the early sixties or before, this figure rose to over one in five (22%).

The international charity asked more than 1,000 women aged 16 and over from across the UK about their menstruation knowledge, as part of its #PeriodProud campaign to mark Menstrual Hygiene Day (or Period Day) on 28 May.

To address the lack of accurate information and remove the stigma and taboos surrounding periods globally, WaterAid is calling on women and men everywhere to talk about the issue.

To launch the campaign, women and girls across the world have taken a stand against period taboos and filmed themselves performing activities traditionally forbidden during menstruation, such as touching animals (Nepal), using the front door (Madagascar), painting your nails (Nepal) and holding your baby (Nigeria). 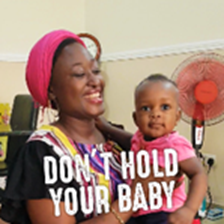 According to WaterAid’s survey, certain myths still remain in the UK. Nearly 1 in 10 women (8.9%) believe you should not play sports while on your period, and about 17% of women think you can’t get pregnant while on your period. The widely believed yet scientifically dismissed myth that women who spend a lot of time together synchronise periods was believed by more than half of respondents.

Period poverty proves to be a serious problem, with a disturbing one in ten of all women, and 15% of 16 – 24-year-olds, saying they cannot always afford tampons or pads. Meanwhile, a lack of availability of correct bins in public toilets to dispose of sanitary products was a concern for 1 in 5 women.

Feelings toward periods are by no means positive among a large number of women, with 31% saying they feel inconvenienced every month and just over a quarter (26%) going to school or work worried they might leak. As many as 22% of women even dread their period each month.

A huge number of women reported that they avoid swimming during their periods (49%), and 2 out of 5 (39%) avoid wearing certain clothes.

About a third of women would not feel comfortable talking about their menstrual cycle at all with anyone. As a clear illustration of the taboos that still surround periods also in the UK, more than 1 in 5 women in a relationship feel uncomfortable talking to their partner about period pain (22%), PMT (23%) or their period flow (25%). Around one in six would not even feel comfortable talking to their doctor about issues related to menstruation. This is not surprising, since many women still receive derogatory comments related to their periods, with the most common remark being told they must have PMT when considered to be moody (35%) topping the list. Also an accidental, noticeable leak (14%) or unwillingness to have sex during menstruation (14%) led to negative comments.

About half of the women said that to address the stigma attached to periods, information and education about periods needs to be improved, also for men and boys – and open discussion about the issue should be encouraged. More honest advertising of feminine hygiene products was seen as an important issue by 40%.

A new WaterAid-Unicef report shows that also in South Asia, where schools are making progress in providing decent toilets and menstrual hygiene to their students, work remains to be done as up to two-thirds of girls in the region not knowing about menstruation before starting their periods, and as many as 1 in 3 missing school days every month.

“Until we stop cloaking the subject of periods in stigma and shame, women and girls wherever they happen to live will not be able to get the facilities and support they need to be able to deal with what is a normal part of life with dignity and confidence. Our societal blushes and awkwardness mean that too many women and girls face more of a struggle to deal with their periods because they are unable to voice their needs and concerns

“Us men need to play our part in opening up the conversation – whether we are fathers, in charge of a school budget, caring partners or a politician concerned about the impact of poverty and social exclusion.

“Every society needs to grow up about the issue because our embarrassment is contributing to a situation where millions of girls do not know how to manage their period hygienically, and for the one in three globally lacking access to a decent toilet, every month becomes a challenge. Without decent sanitation facilities, many girls miss school or drop out altogether when the reach adolescence, and in some parts of the world, they are restricted from everyday activities like eating with the family and even looking in the mirror."

WaterAid is working to make clean water, decent toilets and good hygiene normal for everyone, everywhere within a generation. The international not-for-profit organisation works in 28 countries to change the lives of the poorest and most marginalised people. Since 1981, WaterAid has reached 25.8 million people with clean water and 25.1 million people with decent toilets. For more information, visit www.wateraid.org, follow @WaterAidUK or @WaterAidPress on Twitter, or find WaterAid UK on Facebook at www.facebook.com/wateraid.

WaterAid’s Big Bog opens to the ‘elooments’ at Glastonbury Festival