Inspirational teachers and clean water: the key to children's futures

Under a huge tree in the middle of Chilangiza village, Malawi, is one such teacher. Her class starts at 8am and, since the village got clean water last year, the number of students is increasing.

“Most of them regard me as their mother. I really love them so much. Every day when I wake up, I look forward to teaching them how to read and write. I want the best for them – which is having a bright future.”

Christina and her aunt run the kindergarten for free. Despite having no books, the pair have created resources to help the children learn Chichewa (the local language), English, mathematics and religious studies. 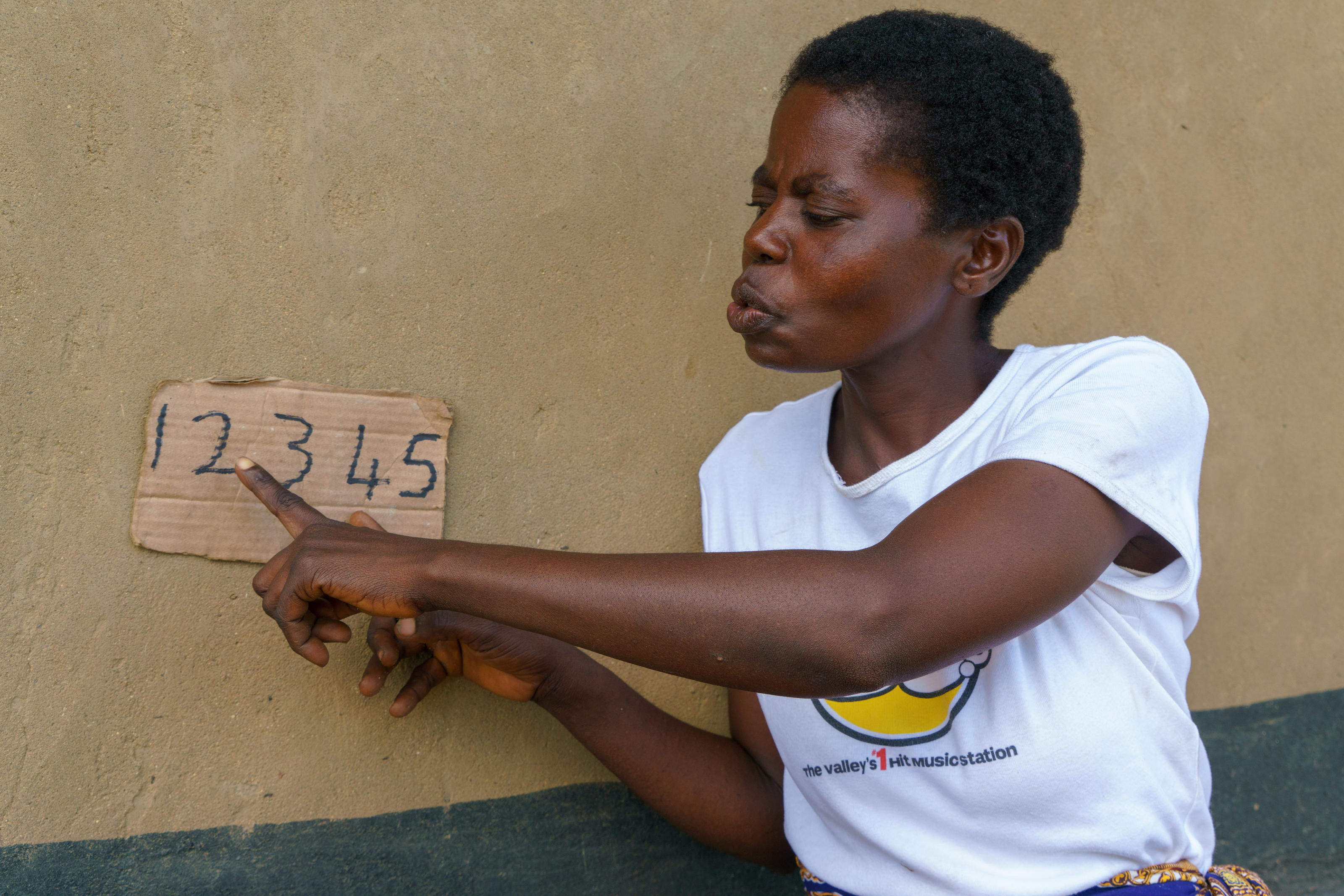 “Throughout my childhood, I saw a lot of people who had a promising future,” says Christina. “But the conditions and opportunities were not available for them to flourish – one of which was a lack of water.”

Childhood should be a time of opportunity and exploration. Learning to read, write and count may be taken for granted in the UK, but around the world, millions of children are missing out on these formative years. Without clean water, decent toilets or good hygiene at school, they are constantly exposed to deadly diseases, leading to missed lessons and failure to make the progress they should. To avoid getting sick, many won't drink altogether - but that means being thirsty, tired and unable to concentrate.

For decades, the Chilangiza community had to walk very long distances to fetch water from the crocodile-infested Bua River. “As a result, most young learners ended up absconding from their classes, as they could not go to school without a meal or taking a shower,” Christina explains. “This resulted in a massive school dropout.”

Christina also suffered her own bereavement as both her children died, one from Sepsis when just a month old.

“It was the hardest and most painful time of my life,” she says. But opening the kindergarten had given her a second chance to be a mother.

“Despite losing both my children, I have come to cherish and support all the children in this community. They are indeed our leaders of tomorrow. It is our core responsibility to teach and shape them in the right way.”

Growing up, many children like to ask ‘why?’ It’s a phrase that can wear out any parent, but it’s a question we often ask here at WaterAid, too. Why do almost one in three schools around the world not have clean water? Why do even fewer have decent toilets? Why are millions of children and teachers exposed to deadly diseases caused by drinking dirty water and going to the toilet in the open?

As part of WaterAid’s Deliver Life project, which was made possible thanks to generous donations matched by UK aid from the British people, life in Chilangiza changed for good in August 2017. “Oh, what a great day that was! I remember it vividly,” Christina says. 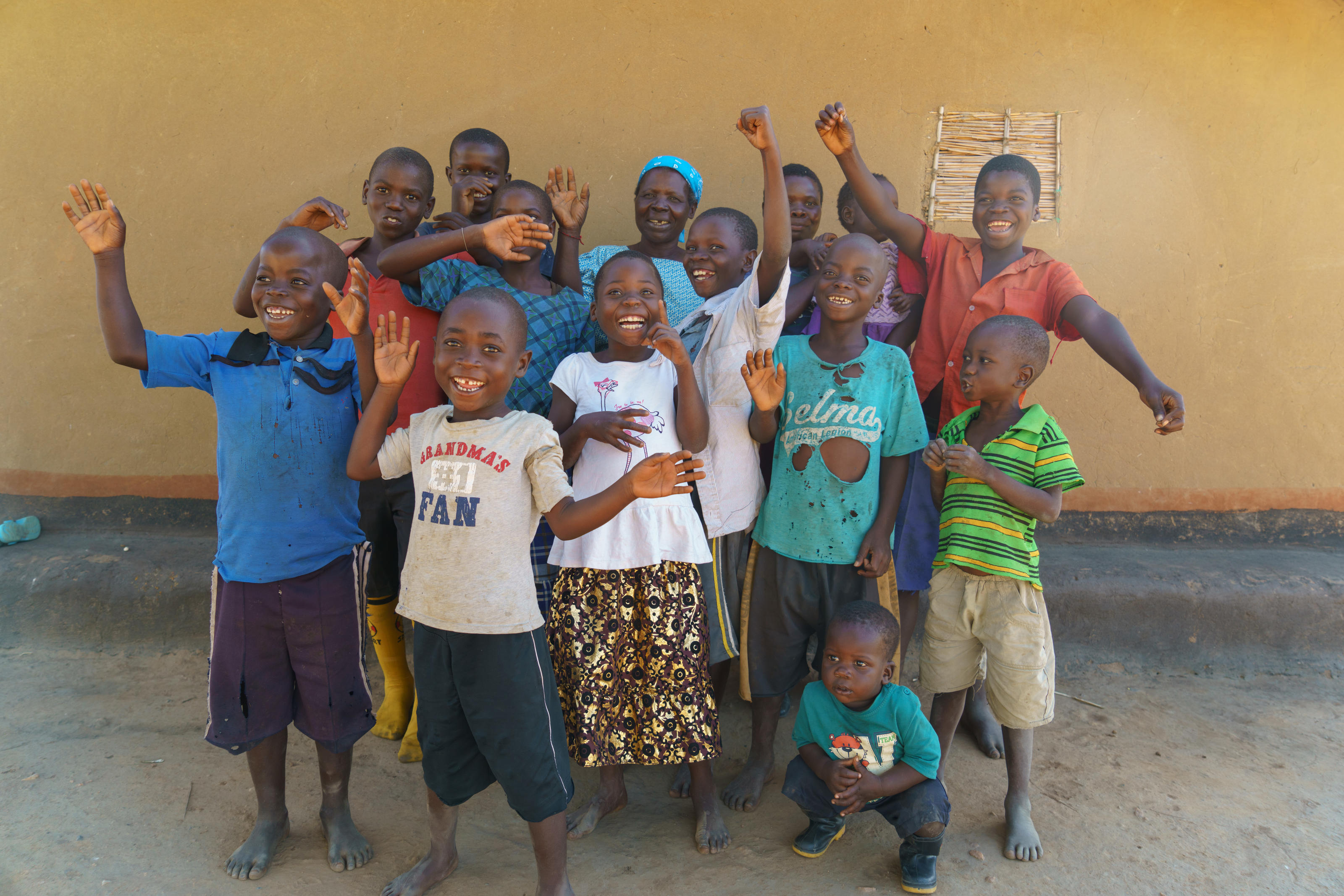 Grandmother and Head Village Person of Chilangiza Joyce (middle back), happy with her grandchildren, who now have clean water in their village.
WaterAid/Dennis Lupenga

“Now we have 38 children registered. They all come in good time and school lessons have never been more exciting. We can contribute this amazing development to us having clean water in our community.”

In the last year alone, Deliver Life in Malawi has brought clean water to more than 12,500 people, decent toilets to more than 20,000, and shared good hygiene messages with more than 38,000 people. Training for health staff and community representatives is helping spread the word about good hygiene even further.

With clean water close to home and at school, children have more time to study. They can stay healthy and hydrated, able to focus in class. With decent toilets, girls on their period have a clean, private place to go, keeping them in school. And with good hygiene, like handwashing with soap, children can help their families and friends avoid diseases too.

Change is needed, and we can make it happen. Let’s keep asking ‘why?’ so that children everywhere, and teachers across the globe, can reach their full potential and feel the water effect.