The business of a decent toilet: helping women flourish in Bangladesh

Watch our film to see how 31 new toilets across three cities are helping more women in Bangladesh keep themselves clean and healthy, feel safe in public and ultimately earn a better living…

The experiences of Nurjahan and Rikta are far too common for women across the world who don’t have access to a decent toilet.

Especially in public places, women being denied this basic human right are also denied their right to privacy and don’t feel safe in public. They either risk their health and safety by using inadequate toilets, or risk their jobs and livelihoods by choosing not to spend time away from home, over fears of having to go to the toilet in public.

But in Bangladesh, as our film showed, this unjust and all too familiar situation is beginning to change for the better across Dhaka, Chattogram and Sylhet.

“The toilet not only changed the city's face, but also the lives of people like me and other people who are living on the edge of the society.”

Tahmina used to be a vendor on the streets of Dhaka, earning so little she couldn’t provide enough food for her family. Now she works as an attendant at the new public toilet and it’s changed life for the better.

“Everybody’s impression of my new job was awful because in Dhaka, a public toilet is a place worse than a dump yard. However, when I first came to work here, I felt very proud. I grew up in the area and I had never seen such a facility before in my life.”

She says the best part of her job is seeing women come to use the toilet, because she knows how hard it used to be for women like her, who have to spend all of their day working on the street despite no decent facilities.

Nazma, a woman from Dhaka with young daughters, agrees.

WaterAid/GMB Akash/Panos
Nazma (left) being shown the facilities in the new public toilet in Dhaka's Usmani Uddan Park by Habiba (right), a volunteer.

“Now girls will feel free and secure to come out from their homes without worrying about any urgencies to go to the toilet.”

Already since the toilets have been built, the number of women using public toilets in these cities has jumped up by 11%. That means more women taking part in public life and more women able to do steady work.

Even the toilets themselves have created jobs – Tahmina is just one of 60 women who have started working as attendants and cleaners.

Much like Nurjahan and Rikta in the video, women across the cities who work out in the open all day can now keep their businesses open for longer. 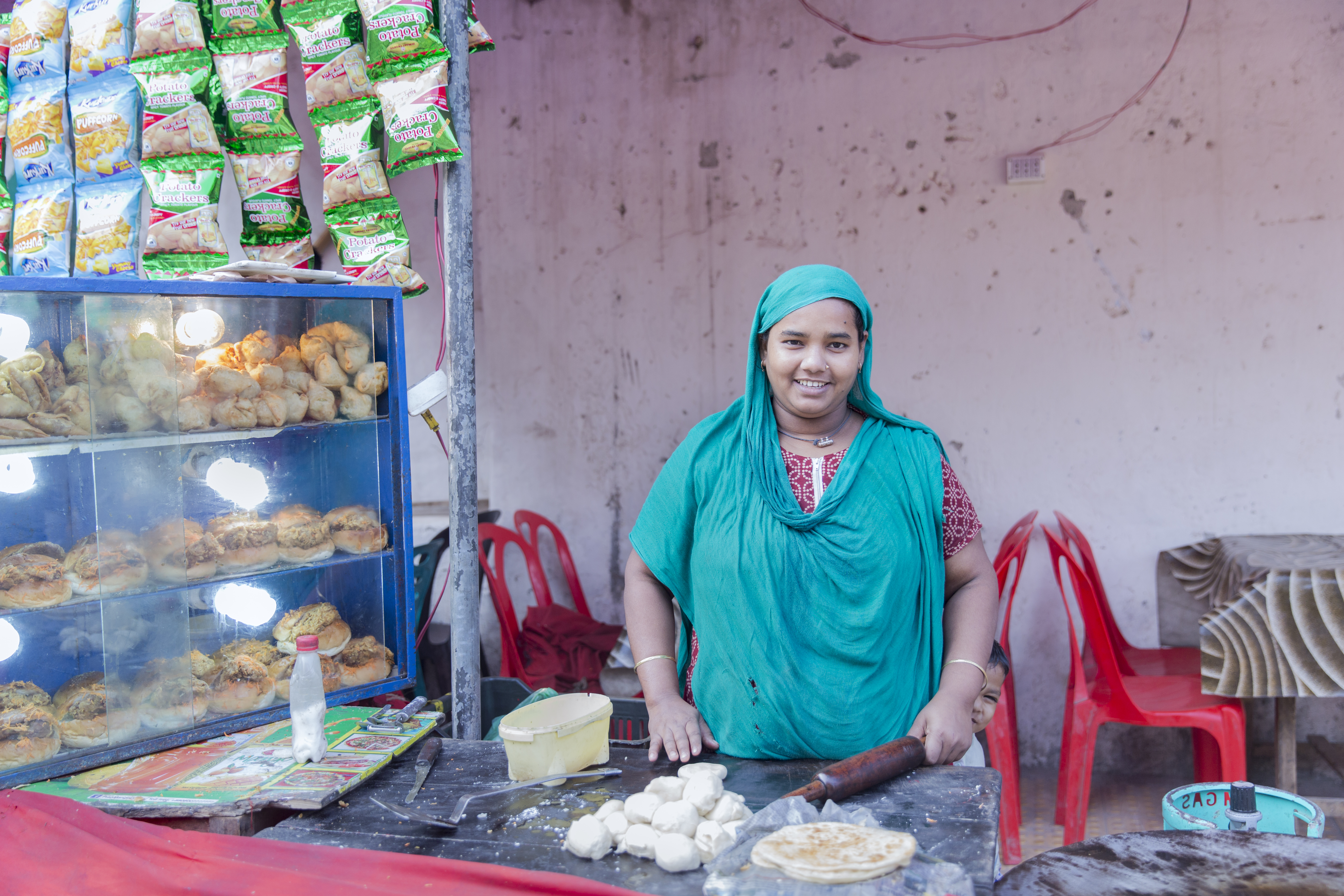 WaterAid/Faysal Abbas
Rikta making roti at her stall near the zoo in Dhaka.

“My business has flourished because of the public toilet. Before I had to close my stall to go to the toilet at home. Now my business is open all the time,” explains Rikta.

More women will be street vendors and will come forward to start shops. When women use these nearby facilities, the economy will change
Habiba, university student, Dhaka

22 year-old Habiba remembers only too well the fear of using the old, run-down public toilets in Dhaka. That’s why she now volunteers at the public toilets in between lessons, showing people how to use them properly – to empower women and help them understand the importance of toilets and personal hygiene.

Passing on knowledge about good hygiene is another way these toilets are helping the women, and in turn their families, flourish. By keeping themselves healthy and free of illnesses usually caused by poor hygiene, they can spend more time earning a decent living.

WaterAid/GMB Akash/Panos “I’ve never really thought about washing hands when it comes to hygiene before – I used to think just using water was enough. But a young girl taught me about washing your hands with soap.” - Nazma 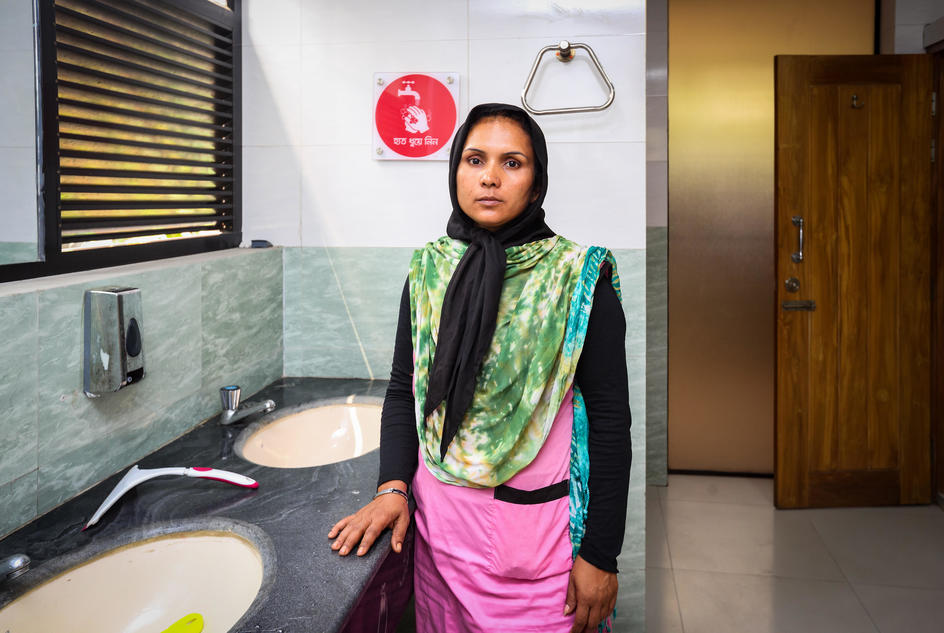 WaterAid/GMB Akash/Panos “I understand that a small amount of money can save us from diseases. I have now taught my children to wash their hands properly.” – Tahmina

All three of Tahmina’s children go to school, and now with better understanding and means to wash their hands properly, the chance of them falling ill and missing vital lessons is much smaller.

Keeping all of Dhaka clean

“Everybody benefits from the establishing of this toilet, from the homeless to the general public.” – Tahmina

Of course, it isn’t just the women of these cities that benefit from new and improved facilities. Already, the toilets have been used over 8 million times – a number that shows that the people of Bangladesh value having a decent, dignified place to go to the toilet. They understand the value of good hygiene.

“The best reward of my job is that people now appreciate the work I am doing. Their happiness inspires me to clean every corner of this toilet. My job gives me the satisfaction that I’m keeping Dhaka city clean,” says Tahmina.

What’s more, the popularity and attention of these new toilets has also inspired the government to continue building more.

This five-year project, supported by the H&M Foundation, has provided dignity and safety for millions of people through renovated or new public toilet services across Bangladesh.

The Dhaka North and South City Corporations (two local government bodies for the city) have publicly declared their support for this initiative and now want to continue bringing better sanitation services to the people of Dhaka. They have committed to building another 145 toilets across the city.

By working in partnership with the H&M Foundation we have created a ripple effect that will benefit thousands more people in Bangladesh.

Find out more about our work with the H&M Foundation