"Water is significant for everyone who prays to God, because God loves cleanliness."

Water is so vital for the fundamentals of our lives – without it, we cannot stay clean, hydrated or healthy. Ahead of Ramadan, we're reflecting on how important water also is in religious ceremonies and practices, particularly in Islam.

When we deliver clean water to communities for the first time, there’s always a tremendous celebration filled with joy and laughter. Because now, not only do people have the chance to stay clean and healthy, they also have the chance to delight in the things that make them a community – school, work and prayer.

Water is very important. It plays a significant role for everyone who prays to God because God loves cleanliness.
Ibrahim Vandi, Imam

Ibrahim is an Imam from the village of Tombohuaun – a small, close-knit village in the jungle of Sierra Leone. For him, water plays a vital role in preparing to lead prayer at the local mosque.

When there is water you have to perform a ritual, to wash yourself before you go to the mosque to pray.

But before a WaterAid project brought clean water to the community at the end of 2017, Ibrahim and his fellow Muslims had only dirty water from the river to perform the pre-prayer rituals – or often none at all during the dry season.

"If there is no water we have to do something called 'tayammum'. You put your fingers on the floor, and perform as though there is water there. First you say in Arabic 'God I have cleaned myself and I have prepared myself to serve you', then you go for prayers," explains Ibrahim.

The most striking thing about Ibrahim is his humility. He's a respected member of the community, and often his house is the centre of activity in the village. Ibrahim also often takes time to help settle disputes or arguments amongst villagers. He says the key messages he tries to spread from his faith are the importance of people working and living in harmony. And it really shows - the communal meeting area was built by the local people under Ibrahim's instruction and is just one example of how close and welcoming the community are. 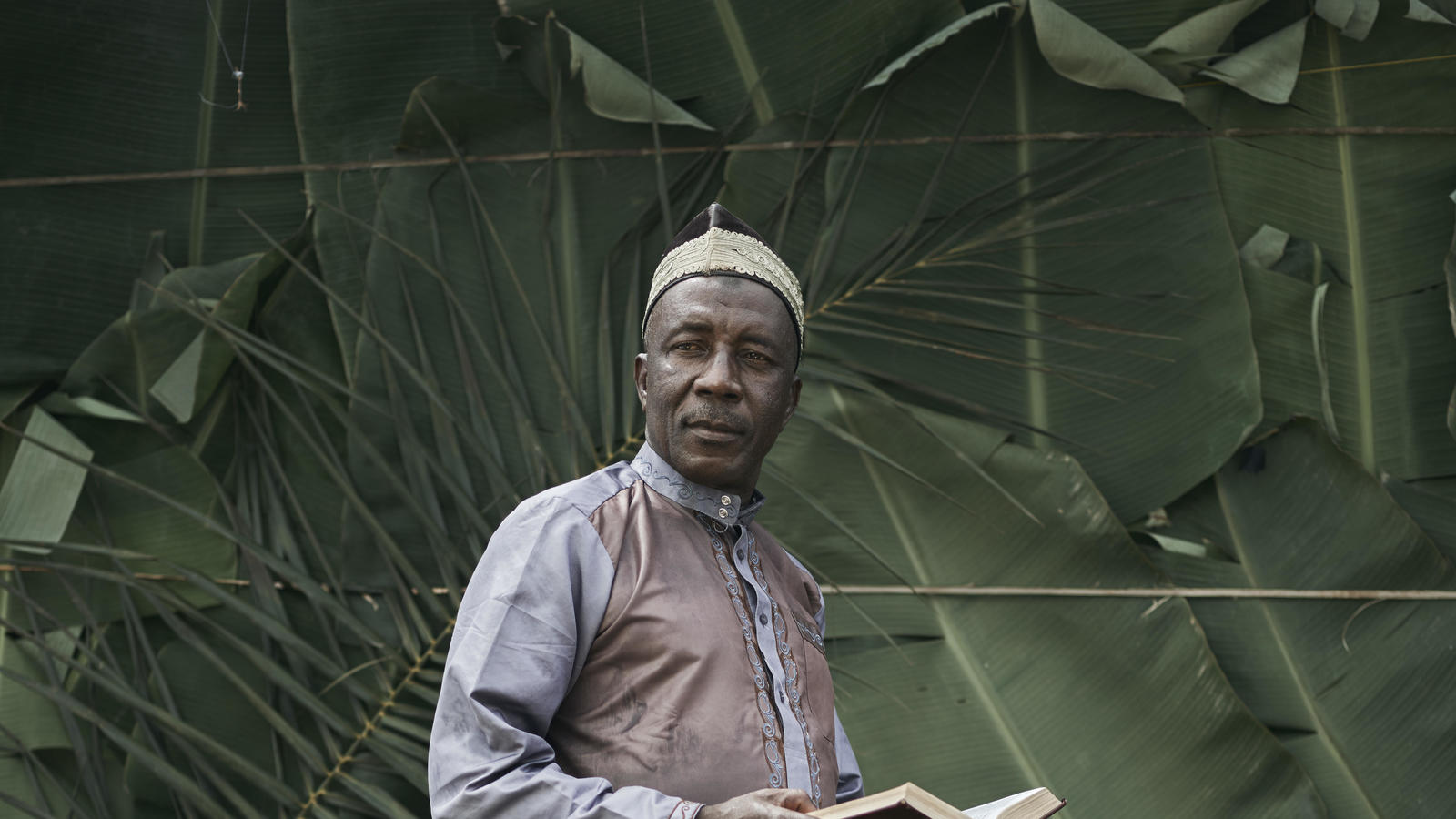 Tombohuaun has clean water, but let's not stop there

Now that Tombohuaun has clean water, Ibrahim and his fellow worshippers will always have a supply of clean water to wash with, so they can be confident they’re ready for prayers.

But there are still thousands of communities and groups that do not have this basic human right. Around the world, 1 in 10 people don’t have clean water close to home.

Together with our partners and supporters we are changing that. We work in some of the hardest-to-reach places in the world, building infrastructure, influencing governments to change laws and changing attitudes and behaviours. We work with local partners on the ground to make sure services can be maintained long after we’ve left.

Tombohuaun is just one of the many communities we've already reached with clean water, but we won't stop until everyone, everywhere has the same.

This Ramadan, use your Zakat to give the gift of clean water