WaterAid CEO Sarina Prabasi recalls her first experience with menstruation while growing up in Nepal.

WaterAid’s U.S. CEO, Sarina Prabasi, has just published a book, The Coffeehouse Resistance: Brewing Hope in Desperate Times with Green Writers Press. The book recounts her move from Addis Ababa, Ethiopia to New York City, where she and her husband founded Buunni Coffee, a thriving business and a hub for community conversation and action. On Twitter, she’s @SPrabasi.

In this excerpt, Prabasi recalls her first experience with the Nepali tradition of separating menstruating women and girls during meal time. After the excerpt, read on for a Q&A with Sarina about her take on menstrual customs, raising confident daughters and the importance of men as change agents in combatting menstrual shame.

I’m in fifth grade when my mom tells me we’re moving “back” to Nepal. Our childhood moves have made my brother and me co-conspirators in exploring new neighborhoods, shops, foods, and phrases. My mom is usually single-handedly in charge of the logistics, of packing and unpacking, creating and recreating a home for us wherever we may be. We speak Nepali at home with our parents, but Samir and I cannot read or write our native language. Going to a Nepali school would mean going back several grades to compensate. Instead, our dad decides we will continue our international school education in Kathmandu. We are enrolled in the American international school, called Lincoln School, even though this is not the most financially prudent decision, even with a scholarship. Our father’s life is one that has been transformed by education, catapulting him from a small and remote village in the Terai region of Nepal to teaching as an academic at an internationally acclaimed university, and later becoming a senior diplomat. He’s not about to compromise on our education.

I am jubilant about our move. Our visits to Nepal are always full of family gatherings, delicious foods, and long afternoons spent with my many cousins. And life in Kathmandu for the first few months is like our regular visits, full of celebratory gatherings, traditional meals and lots of fuss over us kids. But after a few months in our new life in Kathmandu, we settle into a less exciting routine. My parents insist that Samir and I learn to read and write Nepali and arrange for a tutor to come to our home. While I want to learn, I find the lessons very boring and repetitive, and come up with all kinds of excuses to cut them short. Right before our tutor arrives, I decide to take a long shower. Or I urgently need to tell Mama something in the middle of the lesson. Too often I feign a stomachache or a headache, or an ache of any sort. I can read Nepali, but with great effort, and not very well. No longer treated like VIP visiting guests, I begin to realize that for a girl who has just hit puberty, there are some big changes in my new life. There are rules for girls, and though my brother is years younger, I sense—though I can’t immediately articulate it—that our roles in our family have shifted. He is the son. And I am not. I never feel this from my own parents, but my extended family’s attitudes are much more traditional.

One such tradition is mortifying to me. I learn that when a woman has her period, it’s not just her private business, but everyone’s. This is because the woman is not allowed to cook, or eat with everyone else, or in some cases even enter certain rooms, like the kitchen, or in my case, my grandmother’s room. I’ve recently started my period, and with pressure from my grandmother (my father’s mother is known for her ability to track of the number of days in each woman’s cycle in her head), Mama sets my dinner up away from our dining table in a corner near the entrance to our kitchen. When my dad came to the table, he asks where I am. When he learns that I will not be sitting at the table for our evening meal, he is furious. His voice is raised and sharp. “I am not educating my daughter so that she can be treated as a lesser human being. Sarina will eat with us, at this table, every day of the month. End of story.” I eat dinner that evening with my family and understand that my dad will stick up for me, and that his voice is heard in a way that Mama’s isn’t. This is just one of the times he’s cleared the way for me so that I can blaze my own path. 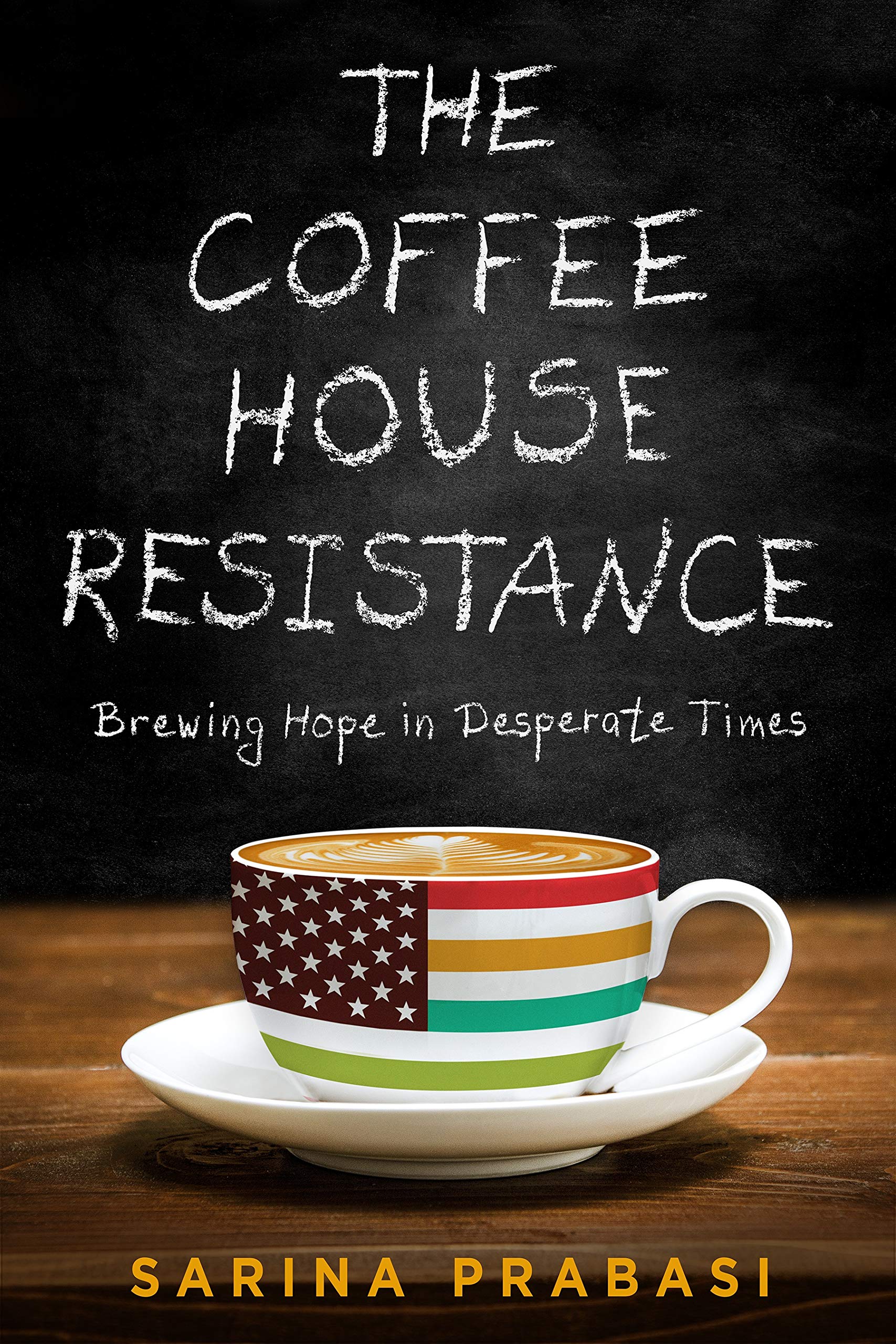 Your story shows how men can be important change agents when it comes to de-stigmatizing menstruation. What do you think made your dad such a strong advocate for you?

My father had very strong women in his life. His mother, my grandmother, couldn’t read or write, but she memorized long passages of the Hindu religious texts and would recite them. His sisters were also an important influence, and as he grew up and explored the world through education and travel, he became an advocate for women and girls in his work. He was a professor and later worked for UNICEF. When he stood up for me, I imagine his professional world and his private family life colliding. There were many such other moments in our life in Kathmandu.

Do you imagine your life would have been different if your father hadn’t spoken up for you?

It’s interesting now, because when I think back on this incident, I understand that my dad’s voice was heard in a way that my mom’s voice was not. I know that having my dad speak up for me was a tangible way that he showed his support for me as a full person, equal to any other in our household. It was a powerful message for me at an important age, and I’ve carried it with me throughout my life. When, where and from whom did you first learn the biological facts behind menstruation? The first explanation I received was not based in biological fact. I think my mother wasn’t sure how much detail to go into and was probably not prepared, because I got my period quite early. Later, when I repeated what I had been told, my friend’s elder sister sat me down, drew diagrams and explained female biology and cleared things up for me. She later studied medicine and became a doctor.

What would you like your own daughters to know about this experience?

I have a nine-year-old daughter, and I’ve started to talk with her about periods, though we haven’t talked yet about cultural practices around periods. We talk about changes to our bodies as girls enter puberty. She asks me questions, and I’m grateful to be able to have these conversations with her.

After this incident, did other women in your family still observe the meal time custom? How did you feel about that?

Yes, in my whole extended family. I challenged my grandmother a lot about it, and she had her own explanations. She challenged me back. We had a loving relationship, so we talked about these things. There were lots of “do’s and don’ts.” She would often say, this is the only time when women get a rest, since they are not allowed to cook during their period (though women often still had to do other strenuous chores). I have to admit, that growing up, some of the only times I saw, or even heard of men cooking or making tea, was if their wife had her period.

So many rules. I really don’t want to make it sound like I’ve only encountered these in Nepal. Clearly, there are lots of rules for women and girls that people try to enforce all over the world, including here in the U.S. I was shocked when my husband and I moved from Ethiopia to New York in 2011 with our 18-month-old daughter. When I went to buy clothes for her, everything was divided into pink and blue. Even the messages on the pink clothes were so gendered. I sought out yellow, green, orange, and brown.  We went to a birthday party where there was a boy’s table. These things made me so mad.

In my professional role and as I’ve advanced in my career, I still notice rules for women. Women are expected to be pleasant and calm, even when they are interrupted or talked over. There are expectations about how we dress, and look, and I think all professional women have had the experience of when a man repeats an idea that she originally brought up, suddenly it is heard in a different way, or just heard—period.

Having a dialogue about menstruation is important but can be tough when it is culturally taboo. What is your advice for navigating this?

This is interesting to me, because even though there were so many aspects of the culture around menstruation I didn’t agree with when I was growing up, it was something that was talked about. It was public. As a pre-teen it was mortifying to me, but now I can see that it wasn’t considered such a private matter. It was talked about routinely, in a matter of fact way. So, and so isn’t going to the temple because she has her period. Or, he’s making the tea, because his wife has her period, or she can’t come into this room because she has her period. So talking about it wasn’t taboo.

But in other cultures, like here in the U.S., unless you are close friends, menstruation isn’t talked about at all. It’s considered a very private matter.

Can you talk a bit about the custom of Chhaupadi, or banishment to a shed during menstruation? Though now illegal, it is still practiced in remote areas of Nepal. Why do you think this practice persists?

Chhaupadi is the most extreme form of menstrual exclusion practiced in Nepal. And, yes, it’s illegal, but it’s a cultural practice that persists and has led to tremendous harm to women, including death. It gets covered in the international press on a regular basis. And it’s horrible. But it is one aspect of a much bigger story about the culture and practice around menstruation around the world. And most stories are more nuanced. There are issues around privacy, around equal access to public spaces, around health and hygiene. The big picture conversation needs to be more nuanced and consider that women have different needs and wishes around menstruation. 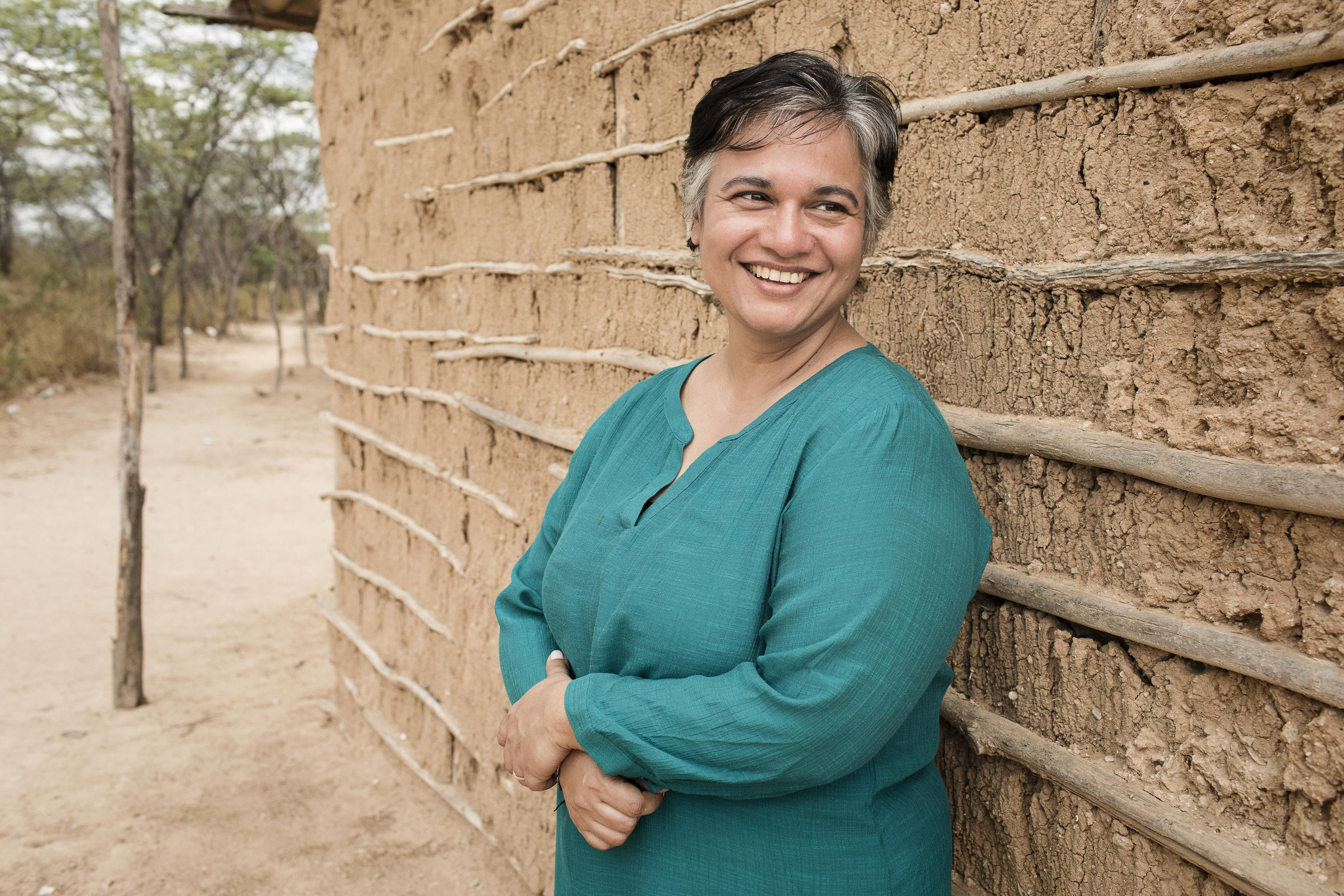 Learn more about our work

Check out NPR’s article on our work in Nepal!

Stories from the field

Learn more about practices that continues to reinforce menstrual taboos.

Learn about the other ways WaterAid is tackling period stigma.

Sanitary pads from all over the world

Check out this photo gallery  and see what are the many ways women all over the world manage their periods.