Nepal earthquake: how your support is helping

Six months since two earthquakes devastated Nepal, we find out how your support is helping one family begin to rebuild their lives.

On 25 April 2015, a 7.8-magnitude earthquake struck Nepal. It was followed by a second on 12 May, killing 9,000 people in total and leaving three million homeless.

Water supplies and toilets were among the infrastructure that was destroyed, leaving survivors struggling and at risk of the spread of dangerous diseases.

Six months on, we visited Sarmila’s family, to find out how they’ve been coping – and how your support is helping them take the first steps towards rebuilding their lives.

“Suddenly the house began to shake.” 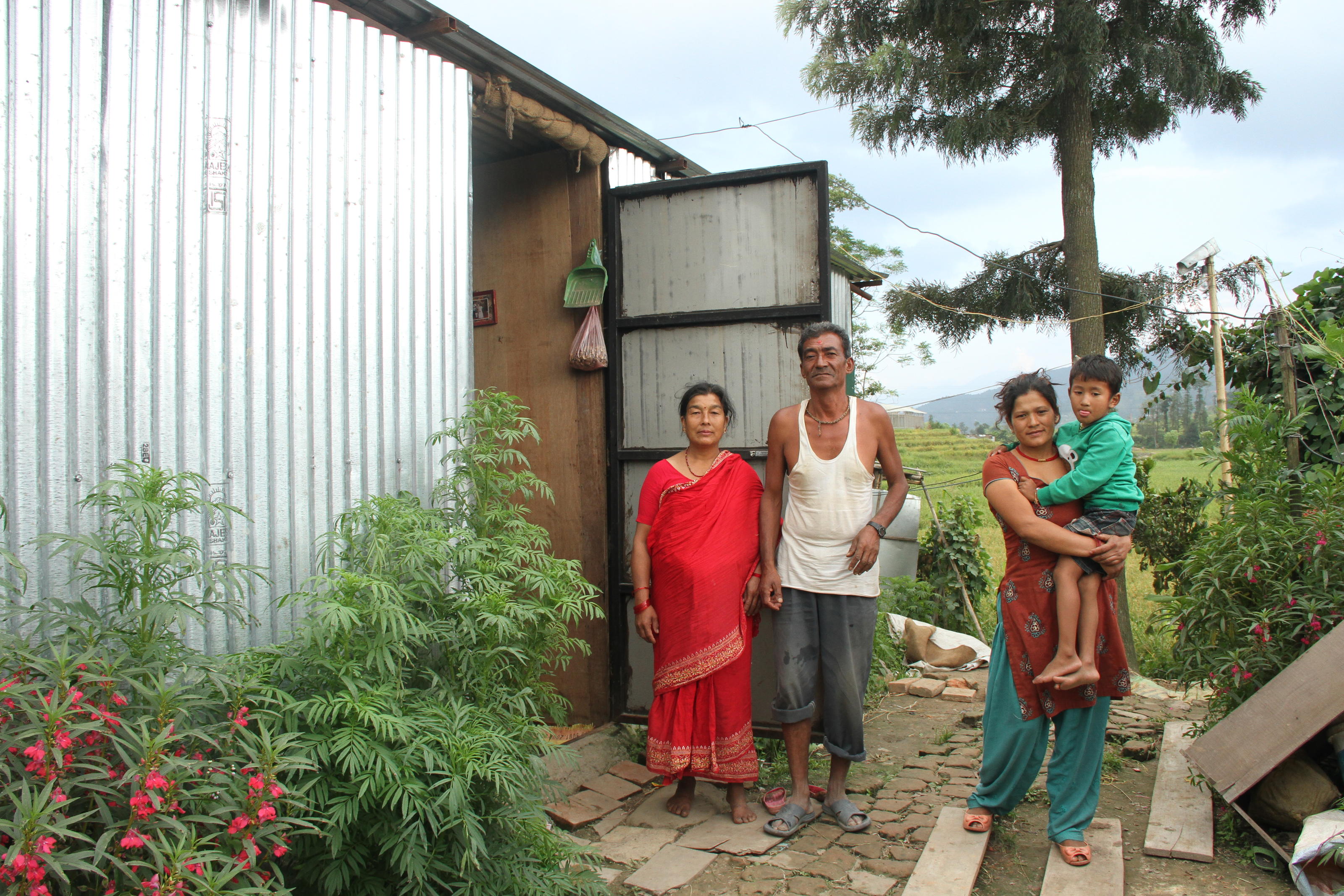 26-year-old Sarmila lives in a rural village called Nala, with her husband Prakash, her eight-year-old son and her parents-in-law.

She clearly remembers the moment the earthquake struck. "I was in the kitchen preparing the afternoon meal when suddenly the house began to shake. I heard people screaming and yelling outside. It was terrible,” she says.

The family’s house collapsed shortly after they reached safety, and for a month after the earthquake they lived in a tent on their farm, close to where their home once stood.

Miraculously, the family’s household toilet was still standing. However, it was now a long walk from where the family were sleeping and working.

Sarmila knew it was important not to go to the toilet outside, which could spread disease – but that meant taking breaks from her work on the farm to walk to the toilet. Making the journey at night was frightening, and Sarmila also had difficulties during her period.

“Staying in the tent was painful,” she explains. “When I had my period, it was even worse. I didn't have anywhere to change the pad and it was a long walk to reach the old toilet.”

A chance to rebuild

With your support, Sarmila was able to build a new toilet for her and her family – giving them the chance to focus on their farming work and start thinking about the future.

“It is such a relief to have a toilet in our temporary shelter,” Sarmila says. “Now my son can go to the toilet by himself, I can give more time to my farming and I can produce more.”

“We are saving money too,” she says, “because we are all healthier we don't have to spend money on health treatment. We can use it for groceries and stationery for our son.”

Thanks to your support for our Nepal Earthquake Appeal, we’ve reached over 160,000 people with clean water, decent toilets and good hygiene. Together these three essentials will bring lasting change by allowing people to live healthy, dignified lives.