Make an emergency donation to avoid a humanitarian crisis.

HURRICANE UPDATE (NOVEMBER 2020)
Hurricane Iota was the second powerful hurricane this month to make a direct hit on the Caribbean coast of Nicaragua, causing catastrophic damage. WaterAid Nicaragua’s main offices are in Bilwi, Puerto Cabezas, which was the epicenter of both storms. Thankfully, our staff and their families are safe, but there is much work to be done to ensure those affected by the storm remain safe and healthy.

We have already begun a rapid response relief effort, but we need your support to provide help where it's needed most. 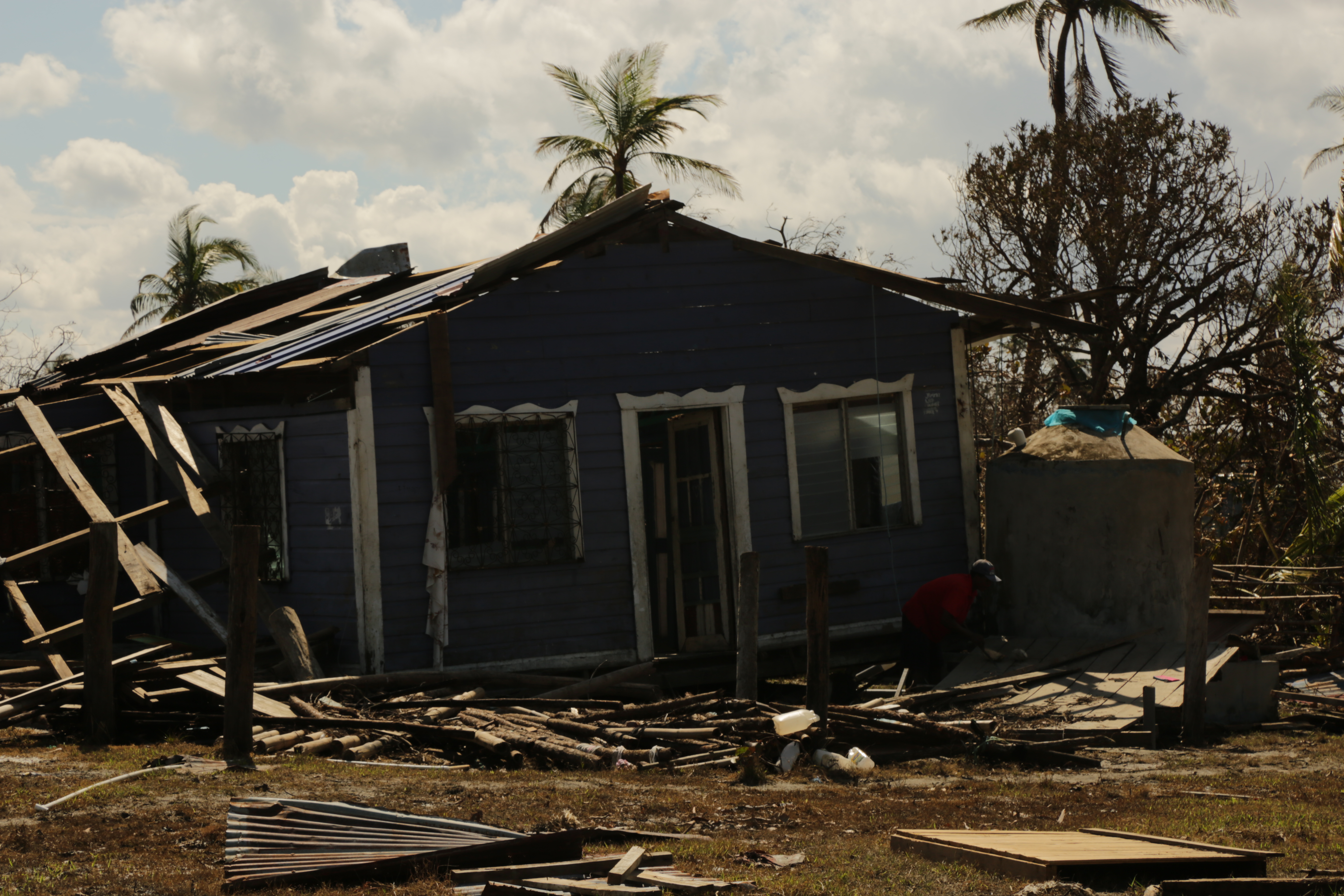 COVID-19 UPDATE
In Nicaragua, the second poorest country in the Americas, WaterAid’s work has taken on renewed urgency in light of the COVID-19 pandemic.

“Most people have no choice but to continue economic activity during the pandemic in order to survive. This makes frequent handwashing with soap and clean water even more important, especially among indigenous communities who depend on the sale of fish and produce at public markets.”
—Germana Fajardo, WaterAid Nicaragua

Preventing needless deaths because of the exponential spread of COVID-19 is impossible without clean water, decent sanitation and good hygiene. That’s why we have scaled up our efforts in more than 30 countries, including Nicaragua.

Nicaragua Dispatch from the Field
A lack of testing in Nicaragua may underestimate the toll of COVID-19 with just nine cases and one death reported since March 19. The government has officially shunned taking any measures to promote isolation or social distancing and has declared that COVID-19 has been contained.

“The health care system and public transit are key places where people gather and they are poorly equipped prevent of the spread of COVID-19. There is a lack of handwashing facilities with soap and water. Behavior change with respect to proper and frequent handwashing is key to protecting the population.”
—Javier Flores, WaterAid Nicaragua

Our team is responding by:

The solution is simple. When communities, schools and hospitals have access to soap and clean water we can dramatically reduce the spread of infections. This saves lives. Washing with soap cuts sick days in half and teaches lifelong healthy habits.

We’ve been working to provide and advocate for clean water, sanitation and hygiene around the world for four decades. Last year, with your support, we reached nearly one million people worldwide at least three times with hygiene training. This is lasting behavior change, at scale.

Please make an immediate donation to support our work. Your gift will help us reach people in Nicaragua and around the world affected by Coronavirus.

Learn more about our history and our global work

Learn more about the different types of projects we implement.

Find out how you can help fulfill our mission in Nicaragua.

Meet the team that is out in the field every day working with communities.

Our headquarters are located in Bilwi, a small city located in Puerto Cabezas in the North Caribbean Coast Autonomous Region. The region is predominantly a Miskito territory but also celebrates its richness in culture and diverse ethnic groups.

We are the #1 international not-for-profit organization dedicated exclusively to clean water, sanitation and hygiene. We started in 1981, with the purpose of helping people break free from poverty and change their lives for good by tackling these three essentials: clean water, reliable toilets and good hygiene. We have programs in over 28 countries and together with communities, we have reached more than 25 million people around the world with clean water and more than 24 million with reliable toilets.

In Nicaragua, like in many other countries in Latin America and the Caribbean, a large portion of the population lacks access to clean water, sanitation and hygiene services. Approximately 1.6 million people1 were estimated to have no access to reliable toilets. While progress has been made in regards to access to water, there are still 1.1 million people1 without coverage and among those who report to have access, many do not have water every day or face severe quality problems.

In July 2011, WaterAid launched its first program in the Latin America and Caribbean region in Nicaragua in the North Caribbean Coast Autonomous Region , where the poverty rate is approximately 58%, surpassing the national average. According to national data, water coverage is 16.79%, 22.93%, 20.48% and 6.98% in the municipalities we work in: Puerto Cabezas, Waspam, Waslala and Rosita respectively.

Approximately 15% of the country's total population lives In the Caribbean Coast  Autonomous Regions, making it the second most populated region of Nicaragua, after the capital, Managua. These regions are home to most of the indigenous (Miskito, Mayagna, Ulwa, Rama) and Afro-descendant (Creole, Garífuna) populations of Nicaragua.

The North Caribbean Coast Autonomous Region (RACCN) is the region with the largest territory in the country. 72.3% of its population is of Miskito origin, 21.7% is of mestizo origin, 5.7% of creole origin and 0.3% is Mayagna. You can hear Creole, English, Spanish and Miskito spoken with charm and elegance throughout the region.

Despite its vast territorial extension, its ethnic and cultural diversity and the richness of its natural resources, the North Caribbean Coast Autonomous Region has one of the the highest rates of poverty in the country: almost 68% of its rural population and 28% of its urban population live on less than $1 per day. One of the main problems is the inadequate access to clean water and sanitation.

Our intervention focuses on the municipalities of Puerto Cabezas, Waspam, Rosita and Waslala, where the vast majority of the population is not connected to municipal water systems or infrastructures are non-existent. In the peri-urban and urban neighborhoods of those municipalities, many people defecate out in the open, which contaminates water sources and impacts the health of families. The most affected groups are women and children, mainly because they are the ones responsible for collecting water several times a day and often walking long distances.

Sorry... this form is closed to new submissions.

9,600 people with reliable toilets in their homes

What do we do?

We focus on different areas of water, sanitation and hygiene (WASH) to support women, children and rural indigenous communities. Each approach requires different projects and dynamics.

One of our priorities is to equip communities with the resources they need to empower themselves and build local capacity to ensure the sustainability of projects. By working together, we can help reduce the exclusion of these marginalized communities.

We promote healthy practices in hygiene, sanitation and water as a strategy to improve maternal and neonatal health. Improving WASH conditions in health centers helps reduce the rate of diseases like diarrhea, which is commonly caused by contaminated water and is the second biggest cause of death among children under the age of five.

Read our report "Transforming health systems: the vital role of water, sanitation and hygiene" to learn more about WaterAid's work in the health sector.

We build alliances with diverse stakeholders to coordinate efforts and improve the WASH situation in marginalized communities in Nicaragua. By working together, we can  foster local, sustainable and resilient development.

Who are our allies? 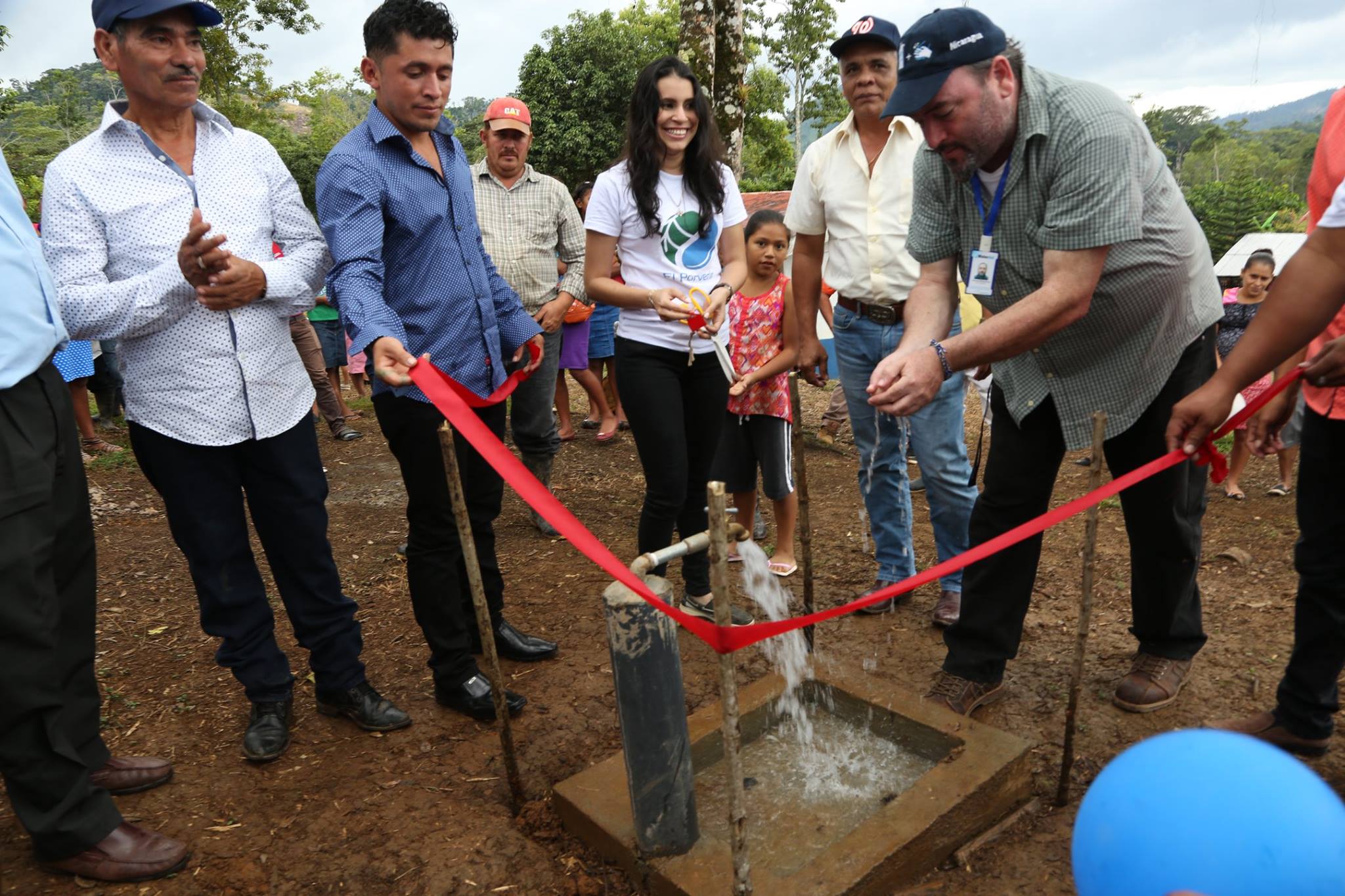 There is still work to do!

Many people in the North Caribbean Coast Autonomous Region (RACCN) and in other parts of Nicaragua still do not have access to clean water and reliable toilets.

Almost 30% of the population lives in extreme poverty.

How can you get involved?

The strengthening of alliances and multi-sectoral networks are essential in achieving universal access to WASH and its sustainability over time. For WaterAid, multi-sectoral coordination at the local, departmental and national levels is a priority.

Donate to directly support our program in Nicaragua

To bring access to clean water and reliable toilets in marginalized communities and to build local capacity to ensure sustainability and resiliency when facing climate change impacts.

All the work we do in Nicaragua would not be possible without the dedication of our team, the motivation of our communities and your support.

The WaterAid Nicaragua team is made up of a total of 20 people between our central office in Bilwi, Puerto Cabezas and our satellite office in Managua. On any given day you can find the program team working with the people in the communities and the management team ensuring that everything is working well. The days are full of hard work but also a lot of joy and new friendships.