Water only can be saved,

For it can not be made

Dada ji saw it in the river

Father saw it in the well

We’ve only seen it in taps

But what about our children?

Where will they see it?

When the three shiny faced composers of this song, Sakshi Parihar, class eight, Tina Ringnodiya, class six and Niharika Patel, class six, sing it in the assembly in the Government Middle School in Ghatgara village (Badnawar block, District Dhar, Madhya Pradesh) the audience looks decidedly uncomfortable. A future without water is not something most of these young students can imagine, especially as their school faces the largest pond in the village, which sprawls as far as they can see. “Can it be possible?” whispers a young boy into his neighbour’s ear as their headmaster Ram Singh Rawat addresses the students. “It must be so if Sakshi has made a song about it…” 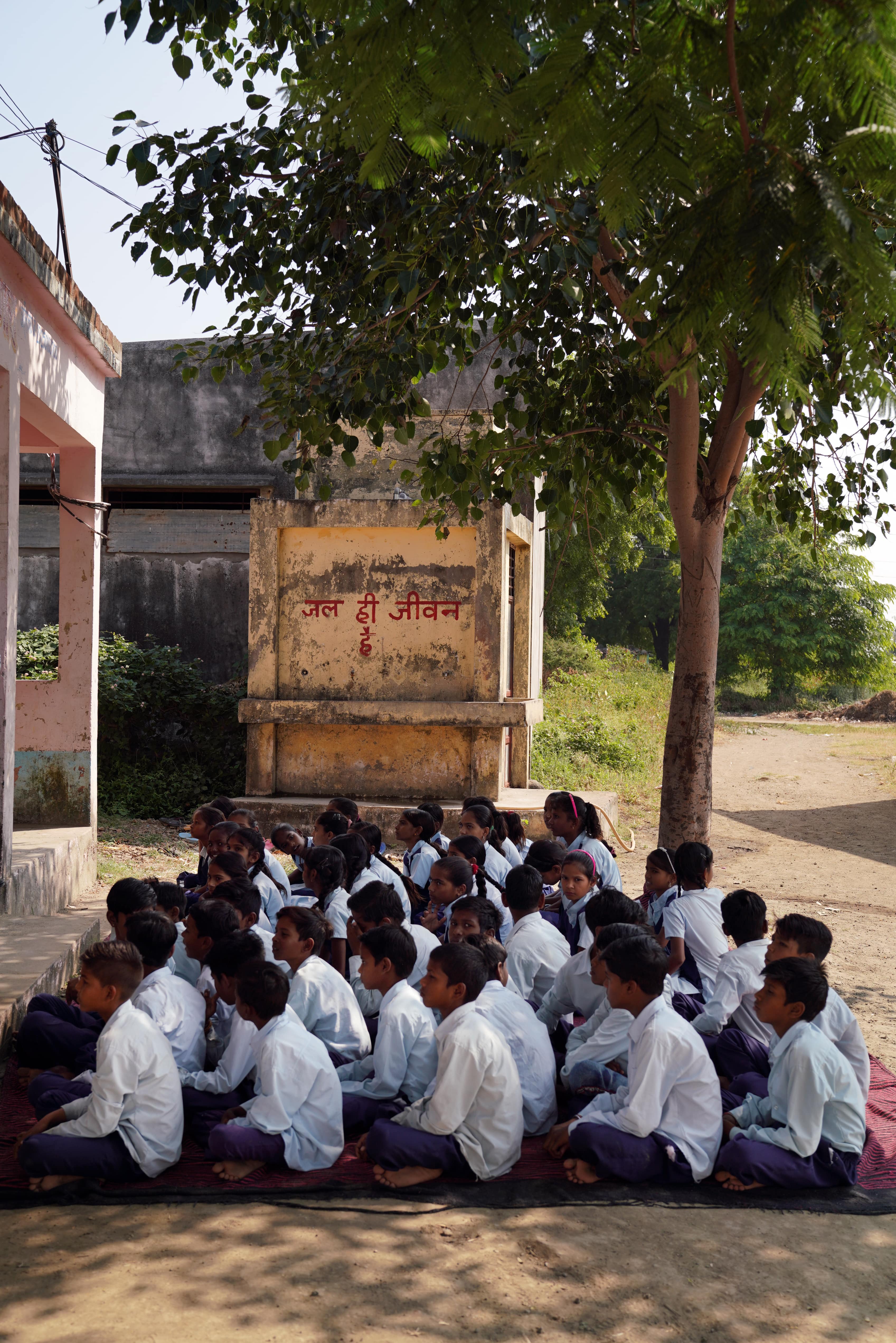 Sitting in the front row way ahead of these two back-benchers, Sakshi is a born leader. Holding the post of prime minister in the school parliament, she is also at the forefront of the school’s campaign for water conservation. “Some time ago, we attended a workshop by WaterAid on this subject,” she says. “Once we started thinking about the future of water, we realised that if we children didn’t take action, we would all be doomed! All three of us felt really insecure…” It was this fear of an uncertain future that led the three girls to compose this poem with their teacher’s encouragement. Her two co-composers are quieter but equally committed to the cause of water conservation.

“We recently brought out a rally through the village to raise awareness about water conservation,” says Tina shyly. “It was a bit scary at first as we’d never done anything like this before. But all the elders were very encouraging.” Niharika says that during the rally, they realised that many in the village had no idea that water needed to be conserved, or that its sources needed to be kept clean to prevent contamination. The three students reminisce about the time not too long ago when the pond outside their school was a popular spot for open defecation. “We learnt during training that this unsanitary practice was causing the water in the pond to become loaded with toxins,” says Sakshi. So she and other students would patrol the banks of the pond every morning to shame defaulters. “People would feel really embarrassed being caught in the act and getting scolded by children,” giggles Tina. 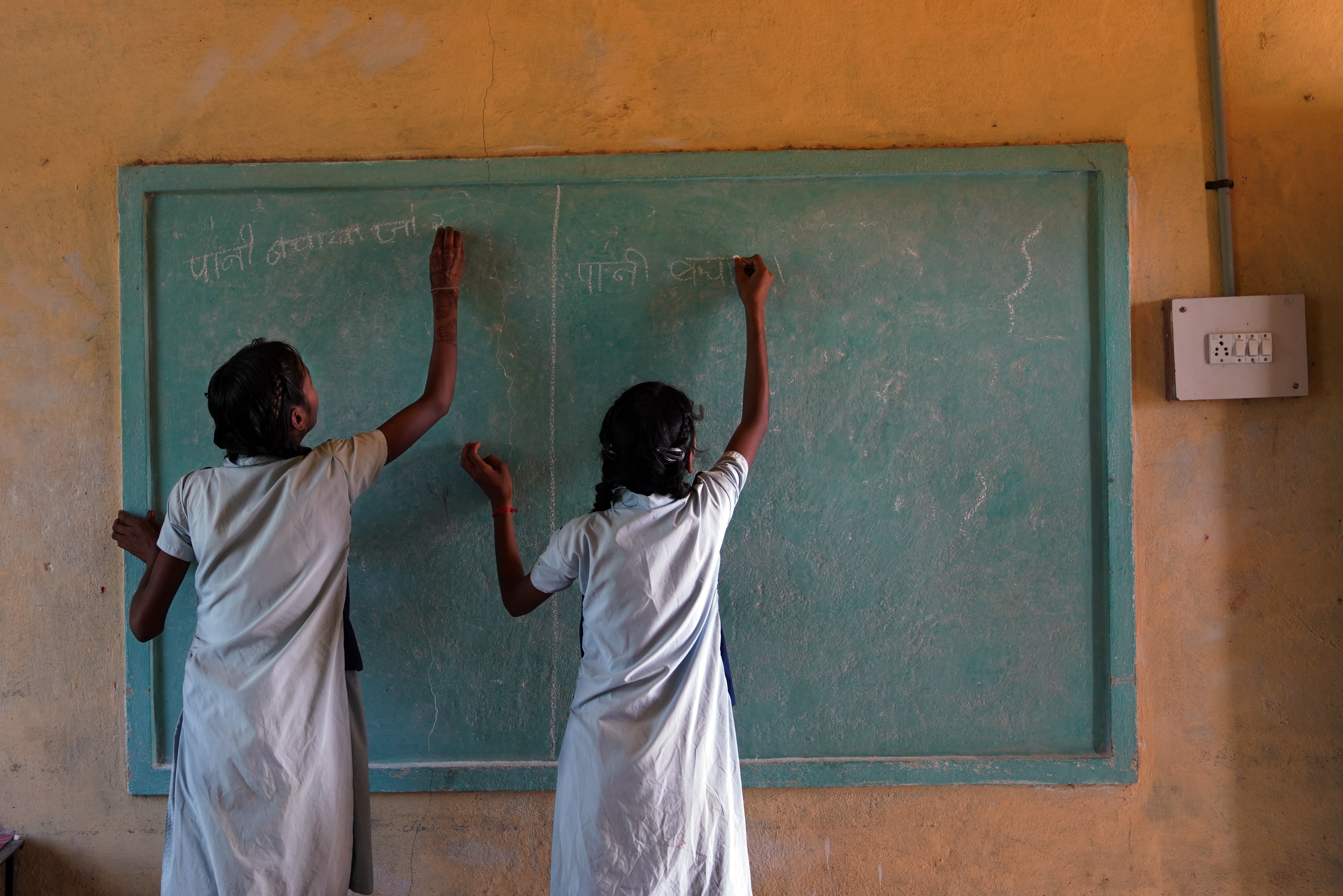 The three girls have also worked with their schoolmates to ensure every drop of water in school is used and reused properly. “We clean the area around the hand pump and have dug a ditch from there up to the garden,” says Sakshi. “Now all the water we use to wash our hands and utensils is reused to irrigate plants!” she says.

The girls are buzzing with ideas on how to save water in their neighbourhoods and have been forcing their families to become more frugal consumers of this precious resource. “At home, we have started pouring out only half a glass of water for guests,” says Niharika, whose father is a farmer. “Otherwise most of them take a couple of sips and waste the rest!” Their families have definitely become more water conscious as a result. “I can’t bear to see a dripping tap at home!” says Sakshi. “First I request my errant family member to turn the tap off — if they don’t listen, I do it myself!”

None of them belong to privileged families – Tina’s father died some time ago and her mother, an agricultural labourer is struggling to make ends meet. Sakshi’s father is an agricultural labourer, as are Niharika’s parents. “It is always the poor who bear the brunt of water shortage,” says Sakshi. “That’s why I feel that we’re the ones who must ensure that water is conserved…” The girls have written their poem on a classroom blackboard. “I feel proud when I read what they’ve written and watch them become so water-conscious” says headmaster Rawat. “These children are our future, and they’re doing what they can to secure it.”