Doomani, one of the 29 union councils in the District of Thatta, is an area where women have to spend hours in water collection and often have to walk long distances. To fetch water, they walk to look for a surface water source or to another village with a water pump. They repeat their walk for water multiple times in a day and in turn, are left with little time for their work and social life. The situation was fairly similar for Zainab; she had to walk and cross a busy road to go to another village to fetch water twice in a day.

Zainab had spent her life fetching water since her childhood. It was a norm for everyone in the village to do so, due to lack of facility in their own village. She recalls, "I started fetching water as a kid when I was old enough to fill an ewer.”

Now, the situation has changed for Zainab and many others in her village. They have not one, not two but three water pumps in their village of 30 households. 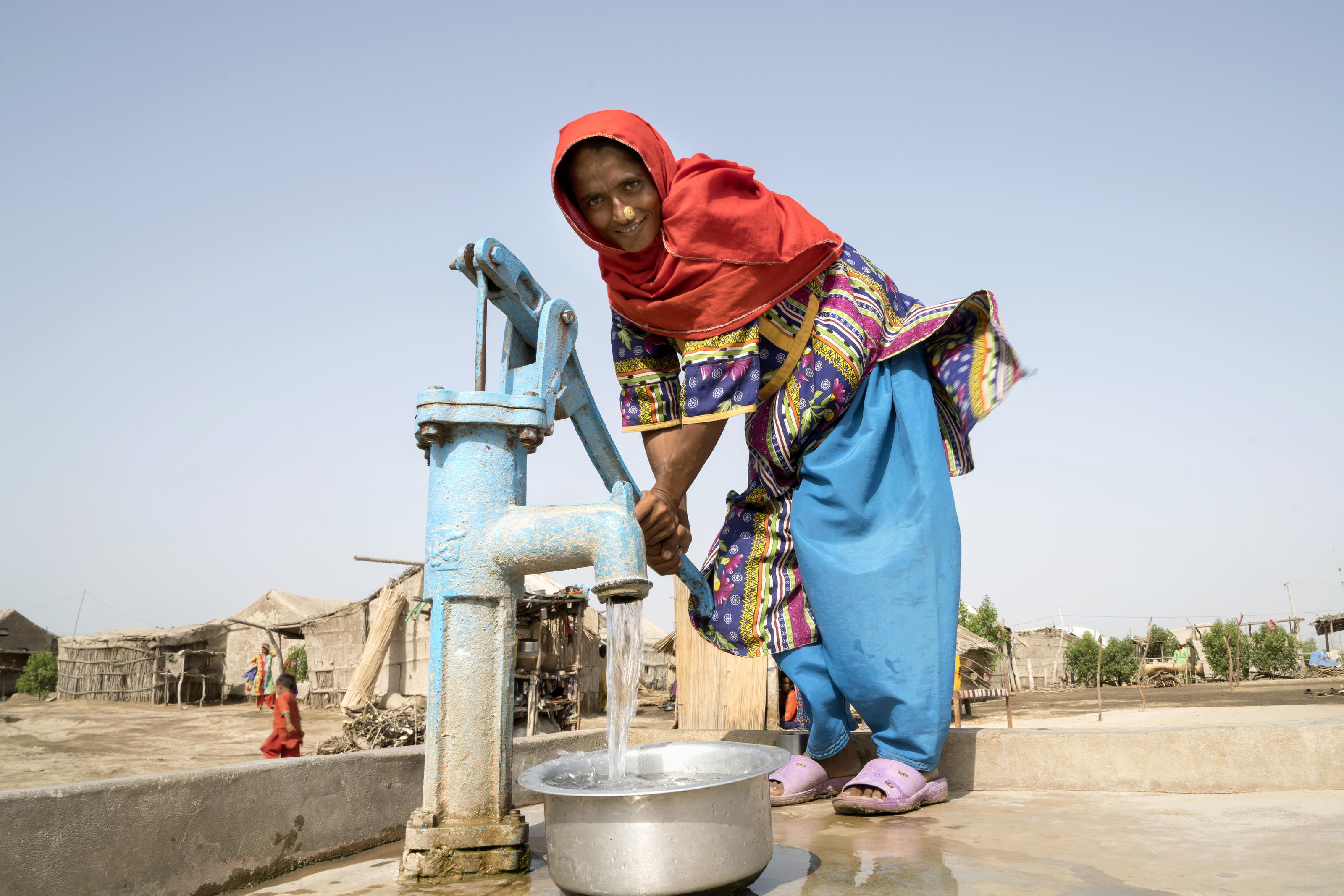 Apart from home chores and taking care of her two-year-old, making straw mats is an important part of Zainab's daily life, which she can now do better. Before, she could only make a single straw mat in a day. Now, she makes two to three, which means that her income has increased two to three times. 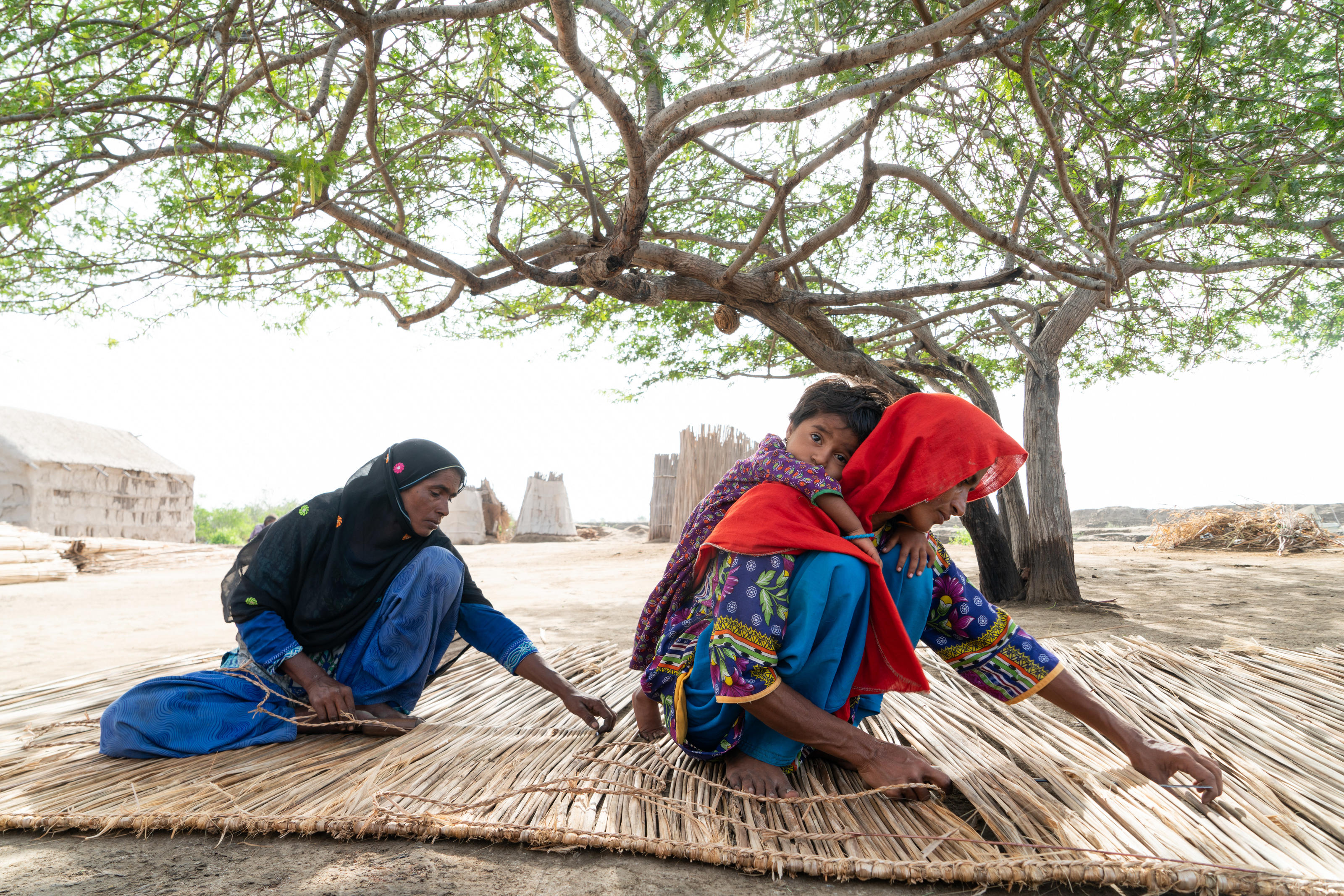 Zainab is also happy she can find time for socialising, which she could not do much earlier. "We did not use to find much time for our gatherings because a lot of our time used to get spent in fetching water.” 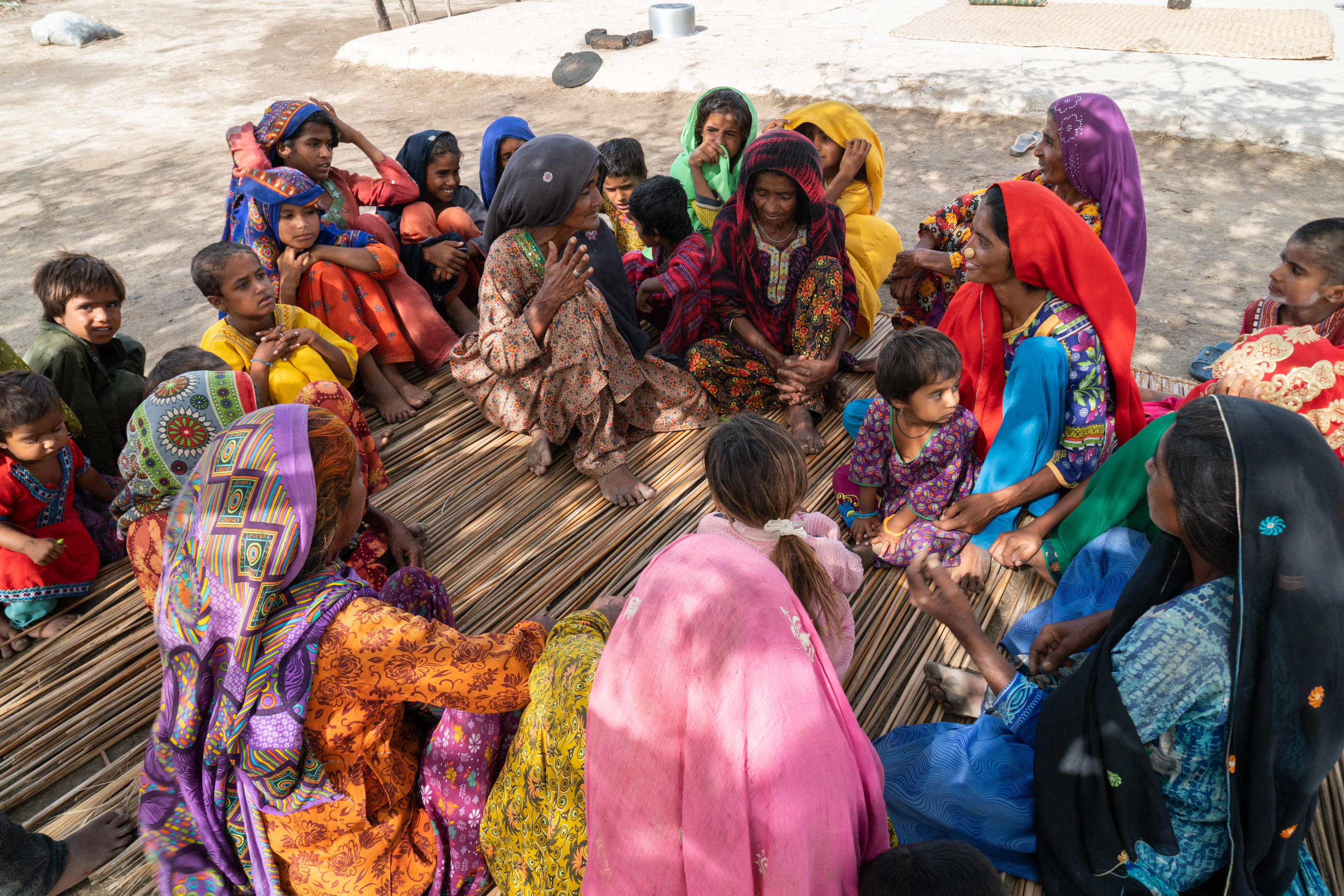 Zainab, 35, in a gathering with her neighbours in the village of Tamachi Mallah, Union Council Doomani, District Thatta, Province Sindh, Pakistan, May 2018.
WaterAid/ Sibtain Haider