November 14, 2019 (New York, NY) — Millions of sanitation workers in the developing world are forced to work in conditions that endanger their health and lives, according to a groundbreaking new study released today.

Despite providing an essential public service, these workers are often the most marginalized, poor and discriminated against members of society. They carry out their jobs with no equipment, protection or legal rights, often violating their dignity and human rights.

The report is the most extensive exploration to date on the plight of sanitation workers in the developing world. It is jointly authored by the International Labour Organization, WaterAid, World Bank and World Health Organization to raise awareness of de-humanizing working conditions and to push for change.

Sanitation workers are the men and women who work along the sanitation chain that begins when we go to the toilet and ends when waste is disposed of or reused. Their jobs can include cleaning toilets, emptying pits and septic tanks, cleaning sewers and manholes and operating pumping stations and treatment plants.

Workers often come into direct contact with human waste, working with no equipment or protection, exposing them to a wide variety of health hazards and disease.

Toxic gases, such as ammonia, carbon monoxide and sulphur dioxide in septic tanks and sewers can cause workers to lose consciousness or die. There are no global statistics available, but in India alone, it is estimated that three sanitation workers die every five days. Countless more suffer repeated infections and injury, and have their lives cut short by the everyday risks of the job.

Wendgoundi Sawadogo has worked as a manual emptier in Ouagadougou, Burkina Faso’s capital city for 15 years. “You have no paper to show that this is your profession. When you die, you die. You go with your bucket and your hoe without recognition, without leaving a trace anywhere or a document that shows your offspring that you have practiced such a job. When I think of that, I’m sad. I do not wish any of my children to do the work I do.” 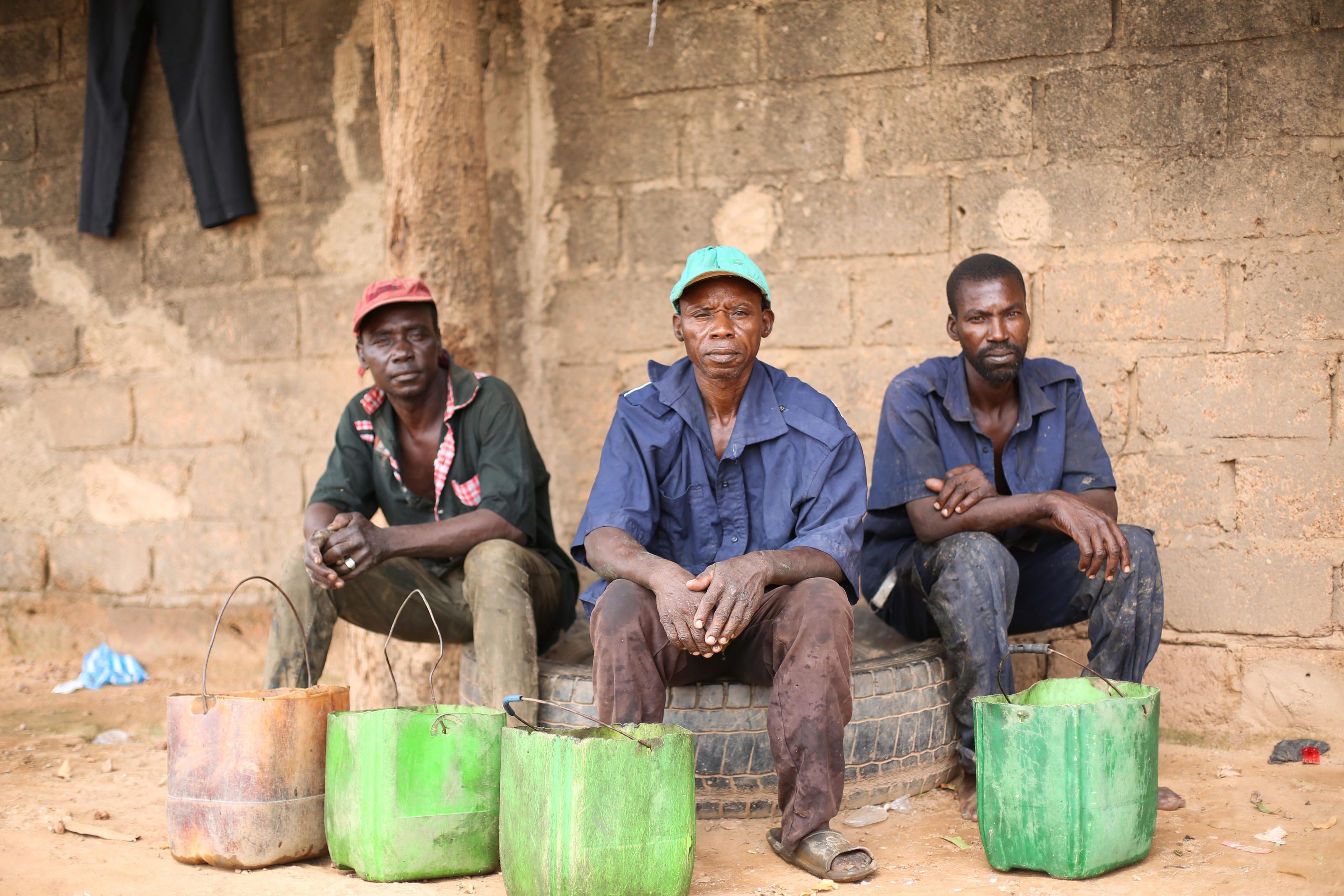 The work is often informal with workers subject to no rights or social protections. Pay can be inconsistent or non-existent – some workers report being paid in food rather than money. In some countries, sanitation work is a socially stigmatising issue, so workers often work at night to hide their job from their communities.

Kelly Parsons, U.S. CEO, WaterAid, said: “Sanitation workers carry out some of the most important roles in society. It's shocking that sanitation workers are forced to work in conditions that endanger their health and their lives. They have a right to adequate equipment and recognition of the life-saving work they carry out. People are dying every day from both poor sanitation and dangerous working conditions. We cannot allow this to continue.”

Maria Neira, Director of Public Health and Environment WHO, said: “A fundamental principle of health is “first do no harm”. Sanitation workers make a key contribution to public health around the world – but in so doing, put their own health at risk. This is unacceptable. We must both improve working conditions for these people and strengthen the sanitation workforce, so we can meet global water and sanitation targets.”

Alette Van Leur, Director of the Sectoral Policies Department at the ILO, said: “There is a lack of policies, laws and regulations surrounding sanitation workers, and where they exist they tend to be weak, covering only certain types of sanitation workers, or lack the required financing or enforcement mechanism.”

Jennifer Sara, Global Director, World Bank Water Global Practice, said: “The time is now. We need more concerted efforts by all sector actors to come together and improve the quality of the lives of sanitation workers. This report represents a first step to better understand the various problems facing sanitation workers and identifies actions that can be taken to reverse the current situation in a more consistent fashion. At the World Bank, we are committed to working towards improving the rights and welfare of sanitation workers within our urban sanitation programs. We are also committed to continue working with our partners, including WaterAid, the ILO and the WHO, to further raise awareness and make progress on this critical issue.”

To access the report summary please see this link: washmatters.wateraid.org/publications/the-hidden-world-of-sanitation-workers

The full research report can be found here: washmatters.wateraid.org/health-safety-dignity-sanitation-workers

Photos and case studies available at the following links:

About WaterAid
WaterAid is working to make clean water, decent toilets and good hygiene normal for everyone, everywhere within a generation. The international not-for-profit organisation works in 28 countries to change the lives of the poorest and most marginalized people. Since 1981, WaterAid has reached 25.8 million people with clean water and 25.1 million people with decent toilets. For more information, visit www.wateraid.org/us, follow @WaterAidAmerica or @WaterAidPress on Twitter, or find WaterAid America on Facebook at www.facebook.com/WateraidAmerica.

New research: Companies need to invest in water and toilets to drive health, wealth and business