Australian adventurer and long-time WaterAid supporter Daniel Bull has broken another world record, becoming the first person in the world to swim above a height of 6,000m. The recording-breaking adventure is featured in the brand-new Guinness World Records 2021 book, which has just launched in Australia.

Earlier this year, Daniel swam 6,370m (20,898.91 ft) above sea level on the highest volcano in the world; Ojos del Salado, in the Andes in South America. Daniel started planning this expedition after having reached the summit of Ojos del Salado in 2017. This was also when Daniel achieved his first Guinness World Records title, the Youngest person to climb the Seven Summits and the Seven Volcanic Summits. 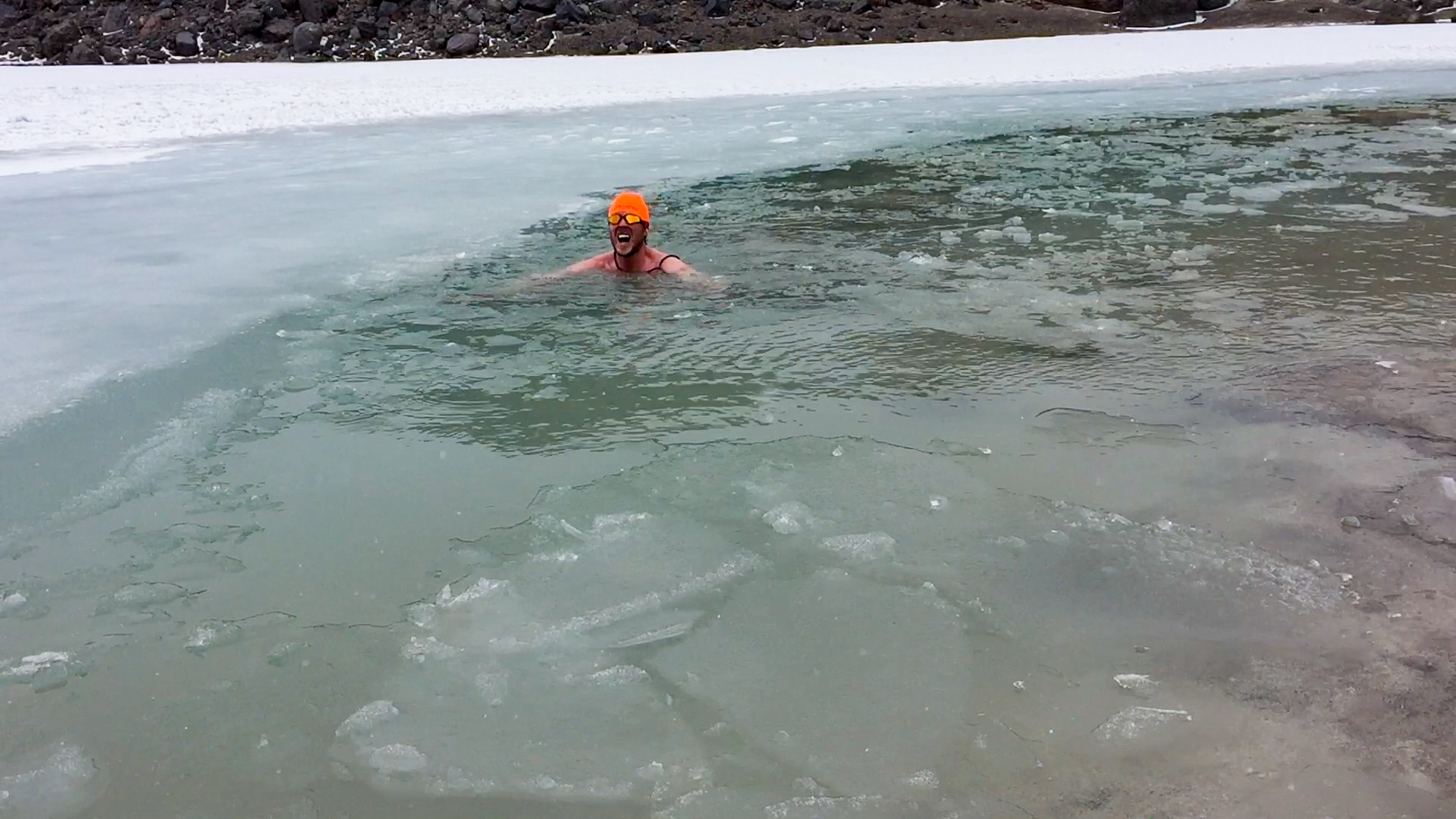 Dan swimming in the frozen lake

"I faced some real challenges during the climb and swim, including gale-force winds, snowstorms and of course the constant mental battle, which was perhaps more of a challenge than the physical one.”

Daniel said that despite the intense challenges, he had the added motivation of raising awareness of ‘The Water Crisis’ by supporting WaterAid in their efforts to create a world where everyone, everywhere has access to safe water, a decent toilet and good hygiene.

"Water connects every aspect of life and access to clean water can empower and contribute to improved health for people around the world, so to be able to do something extreme like this to support WaterAid and raise awareness for the work they are doing around the world is really important to me,” said Daniel. Dan celebrating the swim next to the lake

“To take on such an incredible expedition is an amazing feat, and we are so thankful for Daniel’s support to help us raise awareness about the challenges faced by those around the world without access to clean water, a decent toilet or good hygiene.”

On any future adventures, Daniel said:

“Honestly, I’m still celebrating my recent achievements and also enjoying sensation slowly returning to my toes after the swim! Having said that, my mind still wonders what else is out there and I welcome people sharing their suggestions for my next extreme attempt.”