How a smartphone app is helping Papua New Guineans put water, sanitation and hygiene on the map

In countries where water and toilet access is limited, how does a government decide on the most important place to work? Take a country like Papua New Guinea, for instance, where over 63% of the population doesn’t have access to at least basic water services. The work that needs to be done is vast, so where do you start?

In Papua New Guinea, specifically, politics and culture can play a big role in these decisions. It’s not unusual for government officials to preference one region over another, possibly because of a familial or communal connection or because that’s where the lobbying is coming from.

What’s needed in such situations is a circuit breaker, and that’s where good data fits in. If a government and its officials definitively know which parts of the country are better or worse off than others, it also has the power to make better decisions and use data to drive evidence-based planning to benefit its citizens.

This is where WaterAid Australia fits in. As part of our five-year Water for Women-funded program (supported by Australian Aid), WaterAid has been training government officials in the Wewak district of Papua New Guinea to help them collect baseline data on water, sanitation and hygiene services within the communities for which they are responsible. The availability of quality and timely data will equip service providers and non-government organisations to make more informed decisions on where to prioritise work, something that will benefit the district’s most vulnerable people and those living in remote locations. In the long-term, this work strengthening data-driven governance and planning processes will improve the lives of roughly 107,000 people living in rural and urban areas of Wewak District.

“Currently there’s no data,” WaterAid Australia Technical Lead on WASH Monitoring Tim Davis explained a few weeks before commencing this work in Wewak. “When officials pull out a map of Wewak district, they can’t point and say ‘these communities have access to services and these ones don’t’.”

Not only will this baseline work provide government with water, sanitation and hygiene data on the 366 villages that make up Wewak, but it will also give them a greater insight into the environmental challenges that different communities face. “Some areas have roads, some don’t; some are only accessible by boat and then a long journey by foot; some communities have access to electricity; some have access to healthcare; some places you have to walk for days to get to school,” Davis explained. “There are varying degrees of challenges that this data will bring to light.”

WaterAid’s training with district and local government officials starts with a mobile phone app called mWater. Using this software, it’s easy to conduct surveys with local communities, collecting information on access to services, such as the main source of drinking water, the number of people with access to water and sanitation services, and the proximity to schools and healthcare facilities. Once this data is logged, it is automatically transferred to a database and interactive map, used by government and WaterAid to prioritise areas of work.

As you zoom into the map, little icons represent the geographical location of different villages, with different coloured water drops indicating varying levels of access. Looking at the map a few weeks into the collection process, red water drops are appearing across the Wewak landscape, indicating that these communities rely on unprotected dug wells for their water access. In contrast, there are very few blue and green drops, indicating the availability of piped water directly into a dwelling or that dwelling’s yard or plot. 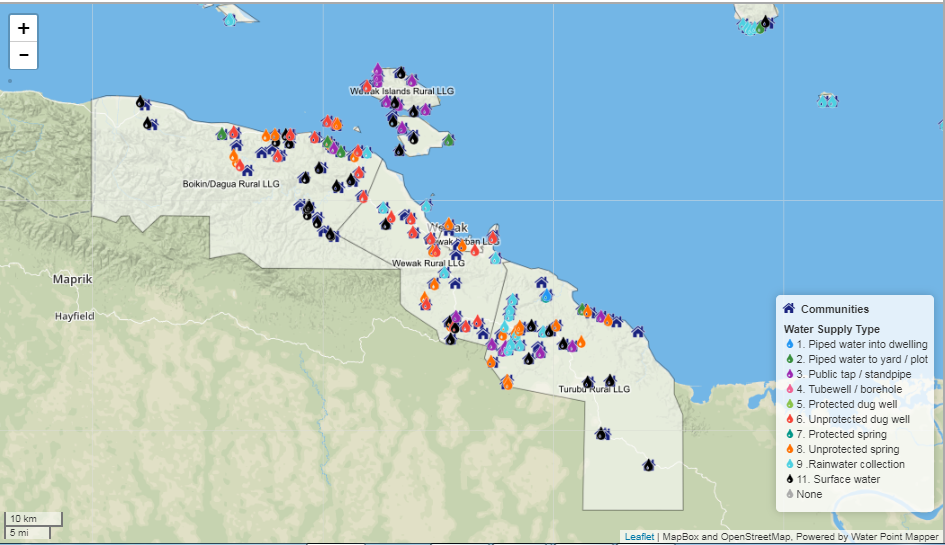 Forty staff from district and local level governments were part of the training that WaterAid conducted, which also covered water quality testing using a simple Aquagenx Compartment Bag test (a method that can detect bacteria such as e-coli in 100ml water samples). Equipped with these skills, these officials are now leading the data collection process and traveling to some of the most remote and scarcely-visited parts of Papua New Guinea by car, foot and boat. In doing so, they will reach roughly 366 rural communities, 90 schools and 30 healthcare centres, as well as places like local markets, urban settlements and the local prison.

This is just the first step of WaterAid’s partnership with government in Wewak. Once all the data has been collected, WaterAid will work with the Wewak district government to make a five-year plan that will determine priority areas where the government will begin working. But this project is not just about the communities that will gain improved water and sanitation in the short term; it’s about strengthening the systems and people within the Wewak district so that they continue monitoring water services, and training others how to do so.

On a larger scale, WaterAid’s activities in Wewak are about influencing the way this data monitoring and decision making process is carried out throughout the whole country. “Wewak district is like a model for other districts in Papua New Guinea – others will take similar approaches,” Davis said, reflecting on WaterAid’s relationships with the national government of Papua New Guinea and other influential United Nations agencies and non-government organisations.

In the meantime, what WaterAid is helping to make happen in Wewak is an achievement in and of itself. “No other organisation has ever done anything of this scale before with local level government in Papua New Guinea,” Davis exclaimed. “We’re demonstrating the Papua New Guinea water, sanitation and hygiene policy in action!”

This project is supported by the Australian Government through the PNGAusPartnership. 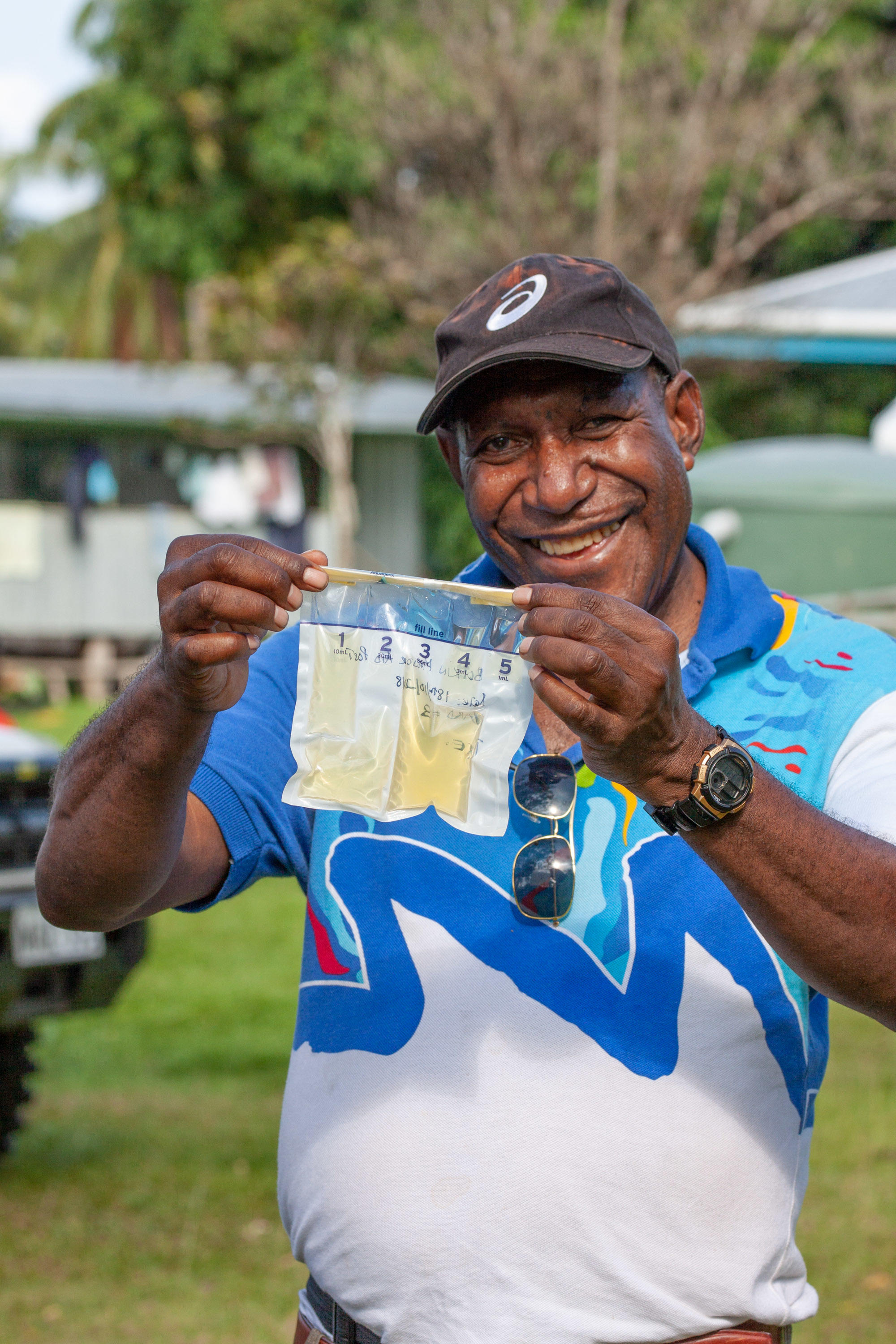 From the Chair and Chief Executive

A transformative approach to partnerships