Once upon a time, there was a boy called Mongkul. He was studying in grade six at primary school in his village on the Mekong River. Mongkul lives with his mother and his younger sister Neary, while his father is away working as a construction worker in the city. Mongkul and his sister often drink untreated water from the river and they defecate in their yard or nearby bush because they don’t have a toilet. 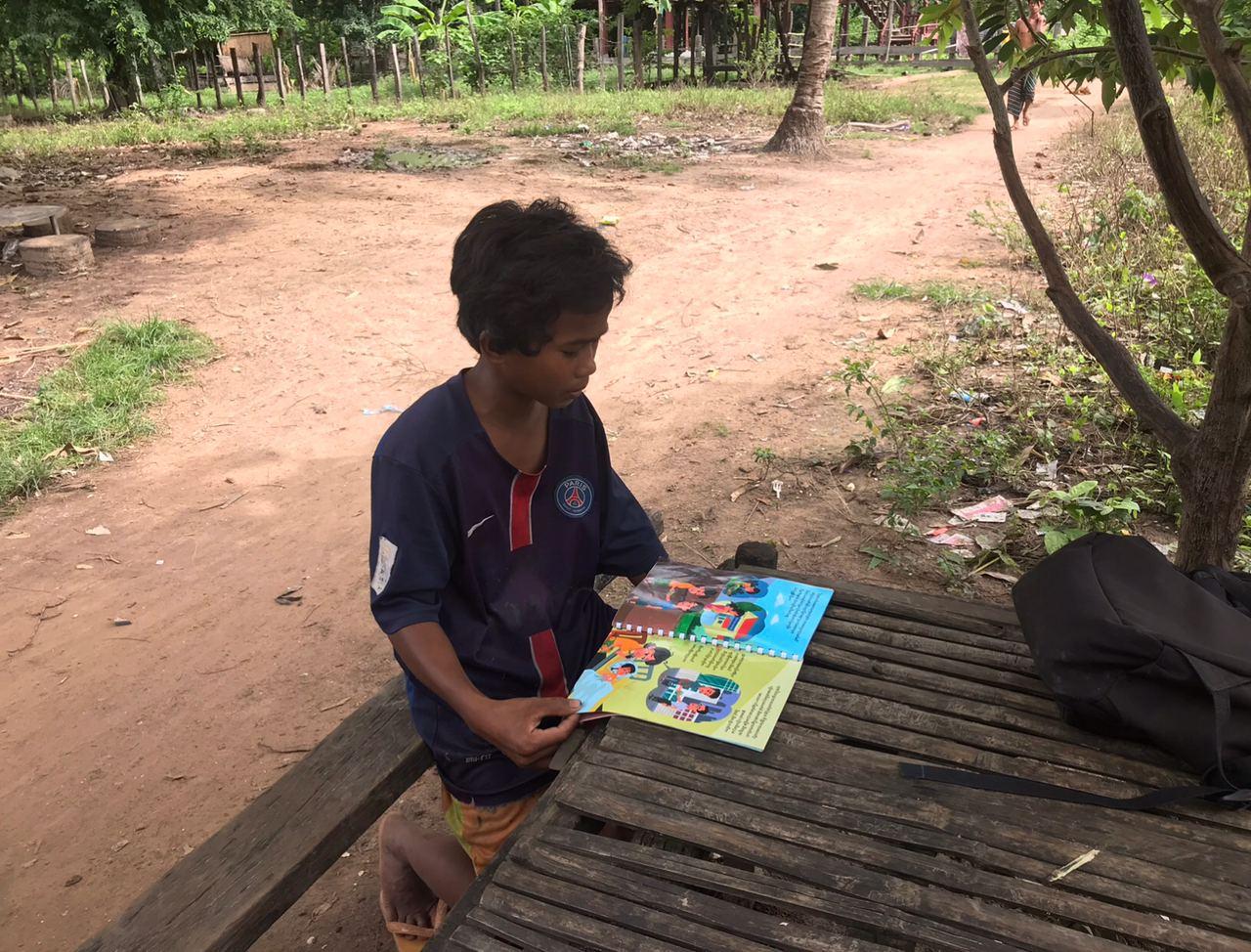 Mongkul is a fictional character, but his daily experience is that of many children living in communities in Sambour, a remote rural district of Kratie province in Cambodia. In some communities in Sambour, over half of the children under five years old suffer from stunting[1]: impaired growth and development due to long-term chronic diarrhoea and inadequate nutrition absorption, in part due to drinking from water sources contaminated by human waste and eating with dirty hands.

When WaterAid began working in Sambour in 2017, four out of five households our teams interviewed had no toilet, two out of three households were drinking water from the polluted Mekong River and less than half of households had somewhere to wash their hands with soap.

Underlying these statistics is the challenge that behaviours such as treating drinking water, using a toilet and washing hands with soap after toileting, and before cooking or eating were not ‘normal’ in these communities.

Changing and sustaining behaviour is hard. How many of us have made ambitious New Year’s resolutions and only lasted until January 5th? How many of us in Australia are still washing our hands with the same frequency as when we first heard of COVID-19 in March 2020?

Making safe water, sanitation and good hygiene behaviour normal relies in part on ensuring people have knowledge about what they should do and why. But knowledge is just one part of changing behaviours; it is at least as much about the emotions that people associate with these behaviours, having prompts around us to remember the new behaviour and the social pressure that comes from seeing neighbours and friends practising a new behaviour and reinforcing that this is the new social norm[2].

That is why WaterAid in Cambodia created the character of Mongkul.

For over a year, WaterAid worked with community leaders in Sambour to understand the motivating factors and dynamics in communities that reinforce their daily norms. 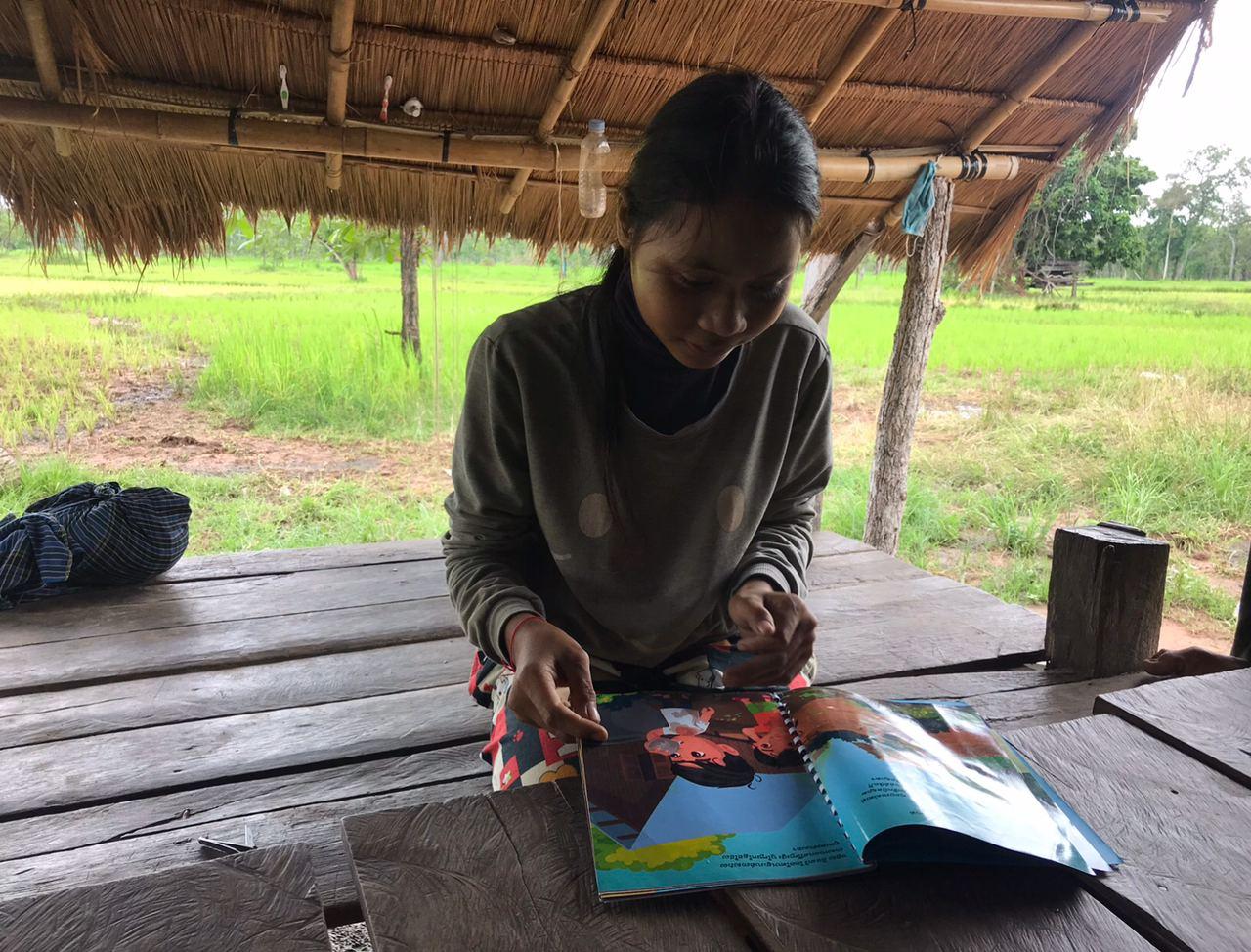 Together we identified that:

We then created the story of Mongkul – an ordinary kid who was worried about his sick sister, Neary and used lessons he learnt at school to convince his family they should start washing their hands, boiling their water and using a toilet.

Within just a few years, they are much healthier, happier and Mongkul and Neary are becoming smarter and more knowledgeable because they don’t miss school as often as before. Mongkul’s family become role models for their entire community.

We planned to roll out Mongkul’s story through schools, community story nights with village leaders, monks and the Sambour district administration, and competitions for families to aspire to become role model families like Mongkul’s.

When COVID-19 hit Cambodia, all community gatherings had to be cancelled, children stayed home from school and communities in Sambour closed themselves off from the outside world. 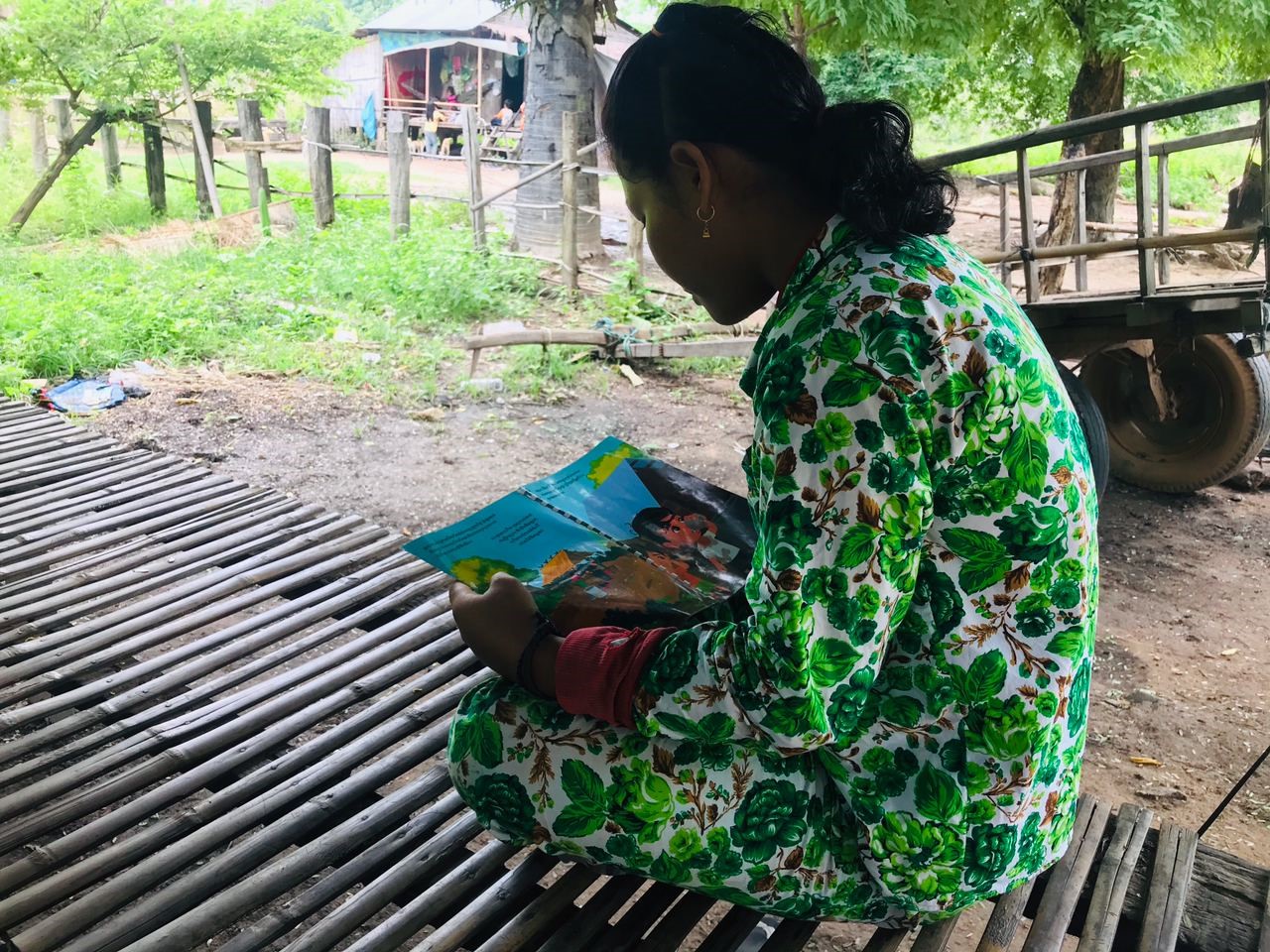 Thankfully, the local community volunteers who already had the Mongkul storybook went house to house, lending storybooks for bored children to read at home, and sticking motivational stickers on 20L reusable bottles of treated water.

Instead of hosting story nights, they have put up banners in their communities with the story of Mongkul and his role model family alongside official COVID-19 advice.

This not only helped to get these messages into the community, but it has also helped reinforce COVID-19 prevention behaviours.

Since we have started sharing Mongkul’s story in Sambour we are already seeing changes in families’ behaviours: 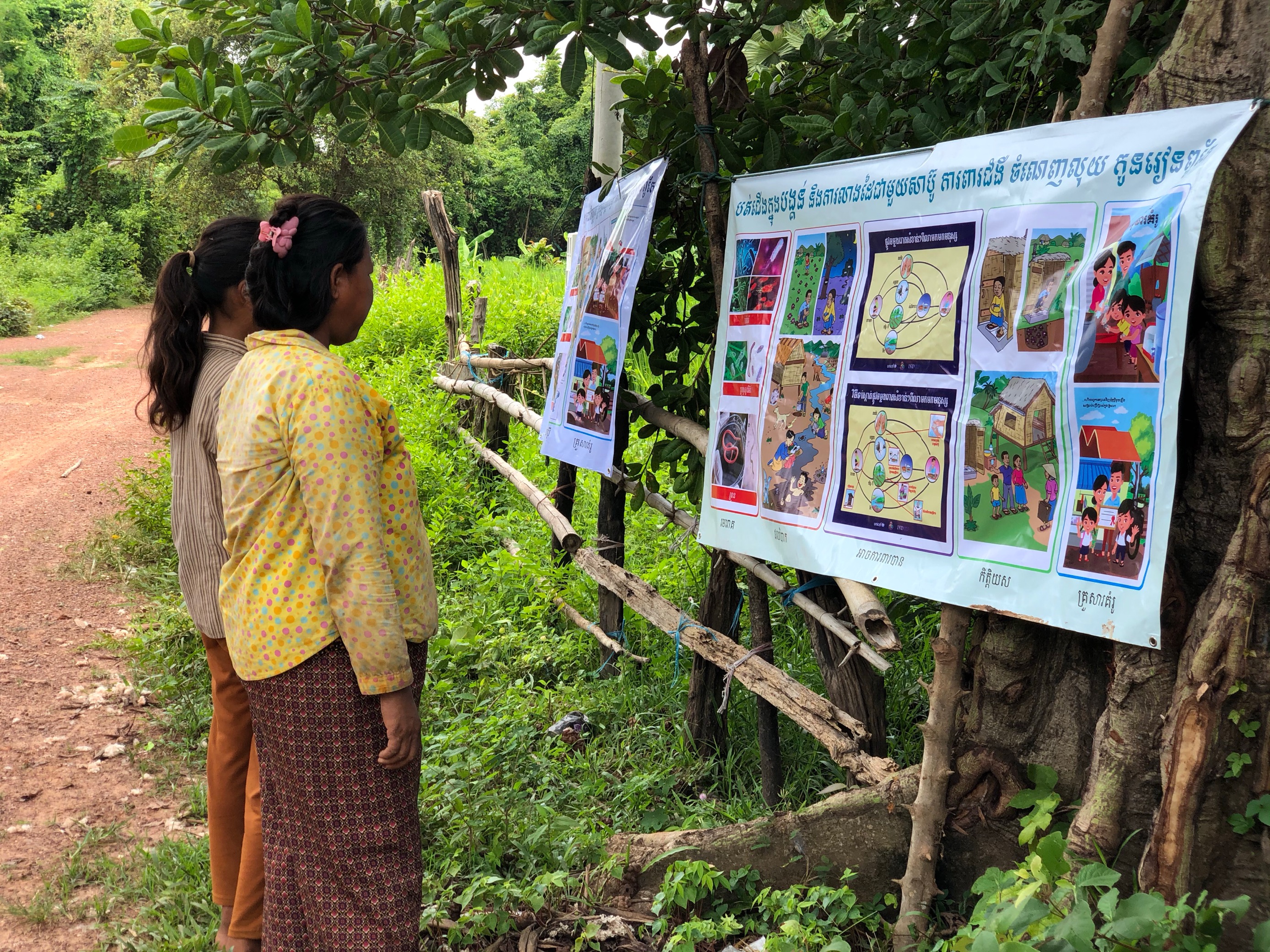 There is still a lot to do to overcome stunting and health challenges in Sambour, but we can see that our approach is starting to change behaviours.

With the easing of COVID-19 restrictions, we are excited to share the example and story of Mongkul widely through schools and community events, to make sure handwashing, drinking clean water and using hygienic toilets become part of the new normal in Sambour.

This work was made possible through the Healthy People Healthy Place Program, funded by the Swedish Postcode Lottery.